An Outside Weekend - Arts & Crafts and the Beach

Before I break out a post that is all about the business of Monday, let me first regale you with the awesomeness that was my weekend. (I promised pictures after all. . .)

I spent two afternoons (Friday and Saturday) at the Fairhope Arts and Crafts Festival. Pat and I even rode our bikes the 4.25 miles down to the festival and then 4.25 miles back home. It was really nice. I took a bunch of pictures. Let me go ahead and say that I only got one shot looking into booths because many of the artists are kind of funny about booth pictures being taken. 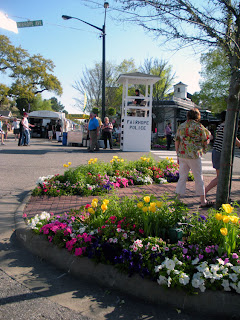 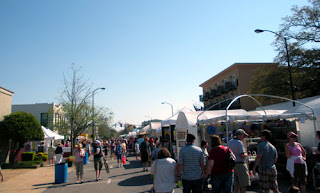 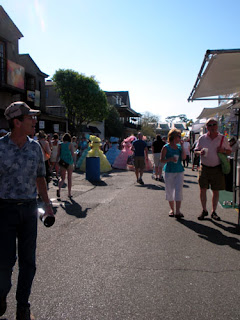 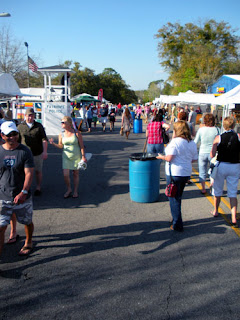 The three pictures above show you just some of the crowd that attends. I took these pictures LATE in the day when the crowds were winding down. Apparently it was CRAZY in the middle of the day! 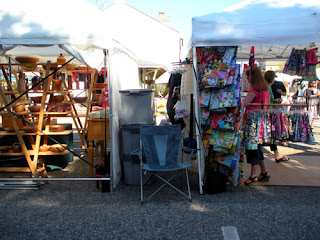 This is the booth picture of which I spoke. There were artists of ALL KINDS. It amazes me each year the sheer variety of artists that come from all over the country to our little town for the festival.
I particularly liked one polymer clay artist. It was the first time I'd seen him here. I explored his booth on Friday while they were doing the judging, and I found out on Saturday that he'd won Best in Show! I made sure to get one of his cards. His name is Wiwat Kamolpornwijit and he was just the nicest guy! 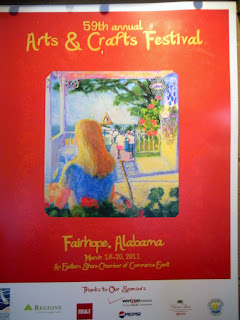 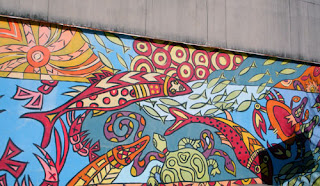 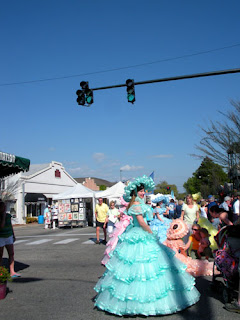 These last three pictures are just a few others I snapped of the festival poster, a mural downtown, and the main corner in town where the Dogwood Trail girls (the ones in the antebellum dresses) were getting pictures taken.
I did find a couple of sources that have some other pictures and more exact information. Local News station WKRG 5 has a short article and a video that includes some of the booths and Al.com has a longer article and a picture gallery.
In all, it was a really great show. Pat and I wore ourselves out biking there and back home on Saturday, but we were really happy to get the exercise and be out on such a lovely weekend.
On Sunday, were were going to continue the exercise theme and break out the kayaks. However, the soreness prevented THAT excursion. Instead, we headed down to the beach for some relaxation. Let me share a few more pictures and a video. 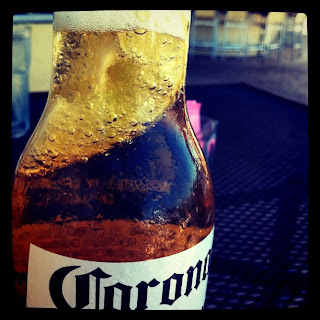 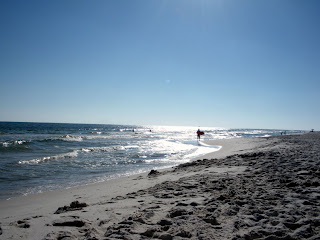 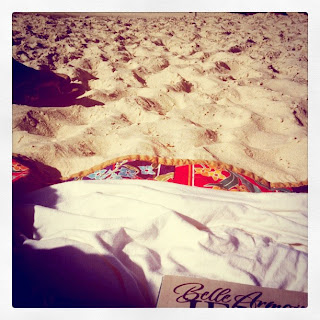 Now, it's time for me to get my head back in the game and get some work done. I'm hoping to work on a meal plan to share with you later in the day. We'll see!!