Oh wow! Last night was NOT what I expected it to be. Who knew a Wednesday night could be so much fun. Let me start by saying that I did not get anything in the craft room done, and I had a great time not doing it.
Let's see, yesterday, I made a standard call to LOML* to see what he wanted for dinner. If nothing special, I had an idea and needed him to check the pantry for chicken stock. Since we didn't have any, I lamented the fact that I would have to make a trip to the grocery store. He then suggested that I go with him to the Gulf while he surfed and we'd go to dinner afterwards. I thought that was a great idea, especially since I was trying to write some copy about the beach and could use the inspiration. The boss let me leave about 45 minutes early, and I made my way home. There, I hurriedly squeezed on my beach-bathing attire and flip flops before jumping in the truck. Once at the beach, the waves were a little more than LOML* wanted to try to handle (plus there was a red flag flying.) However, we waded to our ankles, watched the waves crash, and enjoyed the lower temperature for a few minutes before heading back to the parking lot. 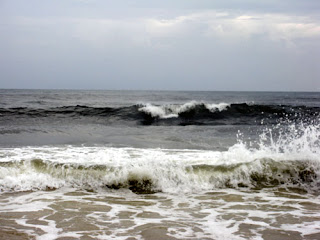 There was very little discussion over where we would eat dinner, as Ginny Lane has become our favorite in the Orange Beach area. They have awesome food and even better beer choices. I KNOW I've mentioned them before. While we were enjoying our Sweetwater Blue (beer), LOML* and I discussed what we would do after dinner. I had it in my mind that if we came home, I could still get something accomplished in the craft room but knew that wouldn't be all that exciting for him. We talked about renting a video (our usual) and also about going to see a movie, since there's a theater in the same shopping center as the restaurant. We settled on going to see The Dark Knight.
I was a little worried about sitting through a 2 1/2 hour movie with a few beers in my system, but once the movie started, I couldn't take my eyes off the screen. Initially (months ago), I had been upset about how ugly Heath Ledger was going to be in the film and was even more upset after the news of his death. As such, I was hesitant about seeing him in the film. Yet, he was beyond great. His acting was so good, that at times, I was able to forget it was him playing the role. There were also some great effects in the movie, and I'm not a big special effects person. However, by the time the movie was over, it was definitely time to head home.
On the way home, I remarked to LOML* that I couldn't believe we had done that much on a weekday night. Of course, it was really hard to get up this morning. Good thing I am working from home today and just had to roll out of the bed and pull up in front of the laptop - no driving or dressing required (I did dress though.)
Okay, okay - I'll stop rehashing how great my life is (for the moment) and get on with "Thrifty Thursday" for your pleasure:

Now go on and see what kind of fun you can have on a weeknight.
at July 24, 2008
Email ThisBlogThis!Share to TwitterShare to FacebookShare to Pinterest
Labels: beach, beer, LOML, movies, restaurant, thrifty, Thursday

Make a Pendant from a Chain and a Chain from Beads

I have received a glorious array of beads from Jesse James Beads as a Design Ambassador. In fact, I've gotten so many that some have be... 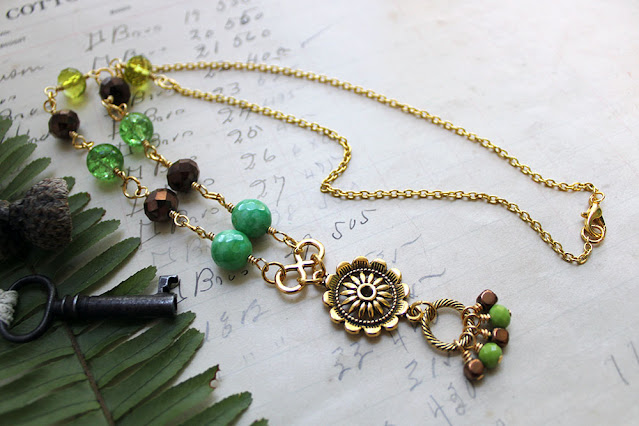