We Met in a Bar, He Was in the Band 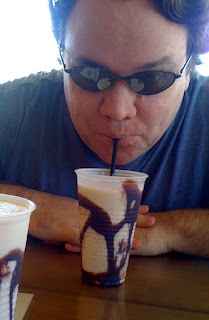 It sounds like a cliche, but there's so much more to it than that.
The "band" was actually some of my friends from high school whose shows I always tried to make it to, and HE was the new guitar player.
During the break, I went over to him and introduced myself, "Hi! My name's Hope. I'm friends with Chris and Andy, and I think you're awesome."  (yup, I was a big-ol-dork!)
At the time, I just thought he was an awesome guitar player. Over several months I would learn that he was a generally AWESOME GUY!
I was oblivious to the hints that he wanted to date me. And, I saw him just about every weekend playing in the band. Finally, after eight months of knowing him, I realized I wanted to get to know him better.
That was twelve years ago, and today. . .Today we celebrate our eight year wedding anniversary!! 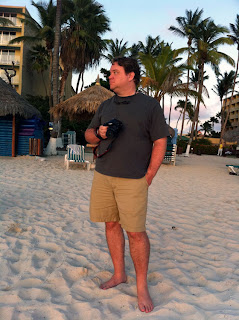 Pat, I'm so very glad I finally 'clued in.' You ARE the man of my dreams, the love of my life, my soul mate. I'm looking forward to the rest of our lives together baby.
HAPPY ANNIVERSARY!!
at October 12, 2010
Email ThisBlogThis!Share to TwitterShare to FacebookShare to Pinterest
Labels: LOML