I promise I started this post earlier; but with work, throwing together a salad to go with my crockpot soup, and then making a quiz about myself on Facebook, I lost track of time. Anyways- here ya go:

You do know that yesterday was a holiday and I wasn't slacking off or anything. I was perfectly justified in not blogging, I was too!!

So. . . How was your Memorial Day weekend?
Mine? Alright.
Highlights? Saturday was the nieces' dance/vocal/drama recital (showcase). They both did really well.

That night, LOML and I went to Pensacola for dinner and beers at McGuire's (caution- music on site). We got there late (about 8pm) and the place was PACKED OUT!! There's usually a pretty good crowd there, but I've never seen it like this. Weirder so was that the majority of the clientele on that particular night was gay guys. No big deal, but odd to say the least. While waiting, I started with their Raspberry Wheat beer before switching to their seasonal beer - a hefeweizen. I HIGHLY recommend the hefeweizen. 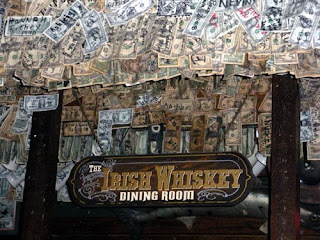 As far as food - for an appetizer, go with the Boxty's (fried mashed potato balls with dipping sauces) Mmmm!! While they do serve traditional Irish fare (of which I have partaken of in the past and do recommend), I also recommend their steak burgers. LOML and I each ordered one and were completely and utterly satisfied with our selection. OMFG- they were awesome!!! In all, we had a really nice time and left there about 45 pounds heavier, but happy!!

Afterward, we got a hotel room near there for the night and headed back toward home in the morning. Of course, it was not a straight shot, we meandered through southern Baldwin County looking at property before lunching at the Tin Top Restaurant in Bon Secour. It just happened to be Sunday brunch with a good band and a great spot on the patio. Since we got there during brunch, we only got to order from that particular menu. However, the tuna po-boy I had was excellent. 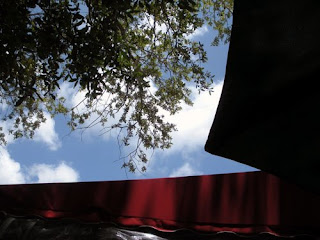 We spent the rest of the weekend winding our way up, down, and all over the county looking at property. Funny enough, the ones we liked the best were the ones closest to our house. We had a nice time together though- getting lost, laughing at the GPS as she got mad at us (RECALCULATING!!!), and discovering some areas we never knew existed. It was an adventure.
That was pretty much my weekend.

Now, for you. . . I've got some "Totally Random Tuesday" tidbits:
Oh, and I have fit in some crafting of my own, check it out!! 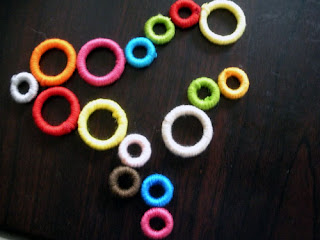