I mentioned our anniversary on Wednesday, but I lacked in mentioning gifts or anything. Pat took me to dinner last night (as he had another engagement on Wednesday) and I made him a couple of special things. For some reason, I waited until the very LAST MINUTE to get his gifts made/bought. I was simply struggling to come up with the best ideas. But, a day that's meant for me to express how very much I love my husband cannot go by without me making him something.

Today, I want to share with you what I did make for him. I decided to share a sentiment. I was inspired by this image on Pintrest. 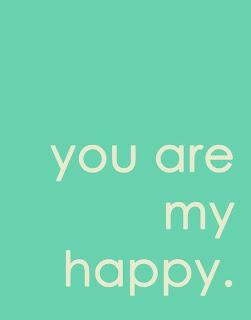 He's how you can make something similar. (Again, I was only inspired by the above. I didn't plan on re-creating it) 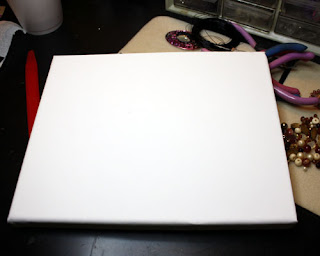 Draw on your lines. I started not to do this, but knew that my letters would end up all wonky if I didn't. 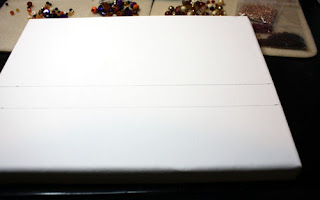 Place letter stickers* on canvas to form the sentiment. I worked right to left to make sure the words ended on the edge. I burnished (rubbed down real hard) each letter to make sure it was stuck down as good as possible. [I have to mention how much it sucks to peel tiny dots over i's when you have absolutely no fingernails.] 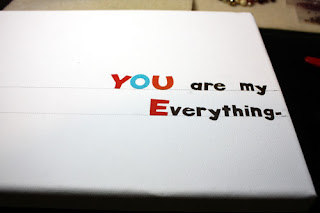 Cover the entire canvas (sides included) with the acrylic paint color of your choice. Try to make the paint as even as possible. 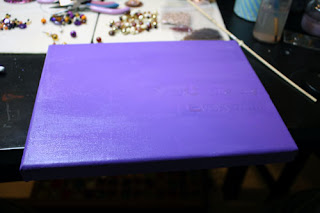 Allow plenty of time for the paint to dry before attempting to peel off the stickers. I used a bamboo skewer with a good pointy tip to help me get the edges of the stickers up. 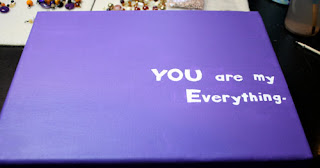 In addition to the sign, I made a dessert for my one and only. Initially, I had planned on making these homemade Peanut Butter bars (also discovered on Pintrest.) 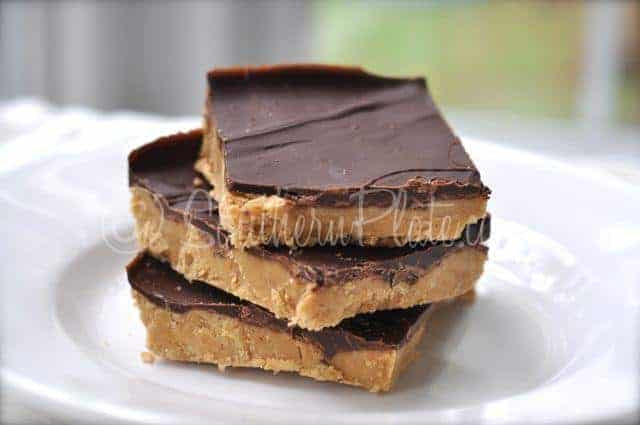 However, while shopping for the chocolate chips for the bars, I spotted this box just across the aisle. 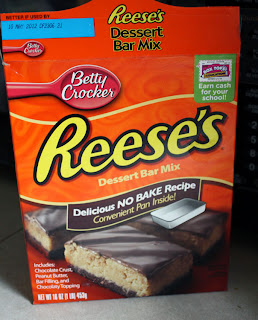 Since, I was waiting until the last minute to get all of this made, I decided to go ahead and cheat with the boxed version. I will admit that it was REALLY GOOD, but I know homemade is always better!

Pat enjoyed every bit of his Anniversary surprises, and couldn't care less that I waited until the last minute. YAY!! I think that's why we probably work so well together.

Anyway, while I've got you here. There's a few new items in the shop.
NEW
Re-Listed

I had a really bad day yesterday. Nothing I tried to create came out well. I'm hoping to remedy that today. Here's hoping your day is creative also.

*My letter stickers were just plain old stickers. But, I tested them on some canvas to make sure they would peel off okay after being painted over. I cannot guarantee results of other stickers.*
Labels: bracelet craft earrings etsy Pat recipes relisted tutorial
CraftyHope
I’m a jewelry-artist, treasure hunter, & nature-lover that finds joy in the smallest things. I hope to spread that joy and inspiration.