I have to admit it, hearts aren't usually my thing. Even in middle school, they felt a little too cutesy to me. As such, hearts don't often make an appearance in my jewelry. But, this month's photo inspiration from Sarajo and Eric at SJ Designs Jewelry had a big, red heart that dominated the picture. I wasn't sure what I would do. 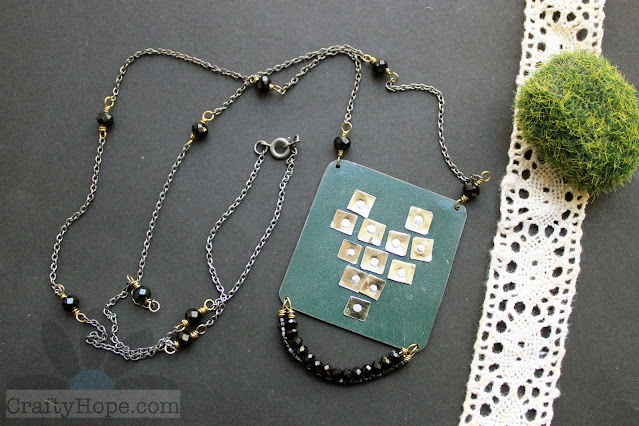 As I finished working on another project, I realized that I had a ton of little scrap squares of tin littering my desk. I thought about trashing them. However, I quickly realized that they might work to make a pixelated heart like the one in Eric's photo. I never considered coloring them red, but did look for a red tin that would work. Since I knew this reveal would be many days after Valentine's, I decided to veer from creating something that felt so tied to the holiday. Instead, I grabbed a bit of green tin and went to work on it. 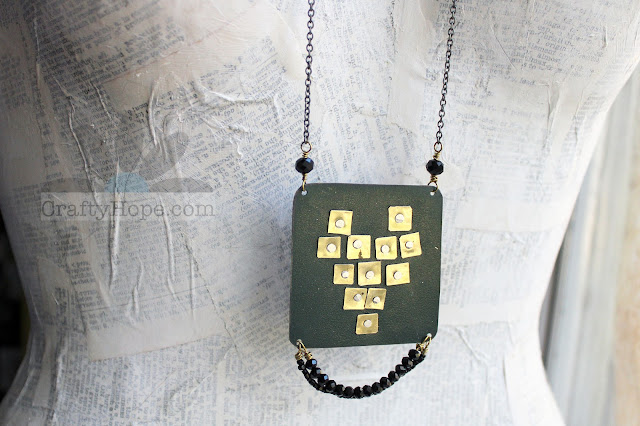 The "gold" tin scraps are actually from the inside of the tin. The other side has a blue design on it that just wouldn't work cohesively. I had just enough scraps to get this heart pattern worked out and riveted to the green tin. Once my heart was made, the pendant felt a little plain, so I added the lines of black beads at the bottom for a bit of feminine accent to it. 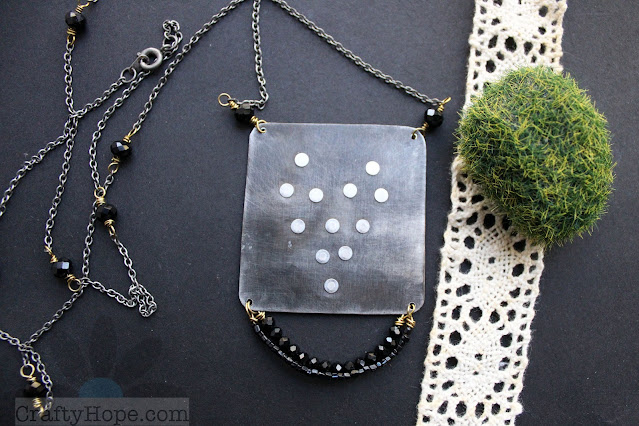 And, the pendant is basically reversible as the heart pattern comes through on the back of the pendant as well. 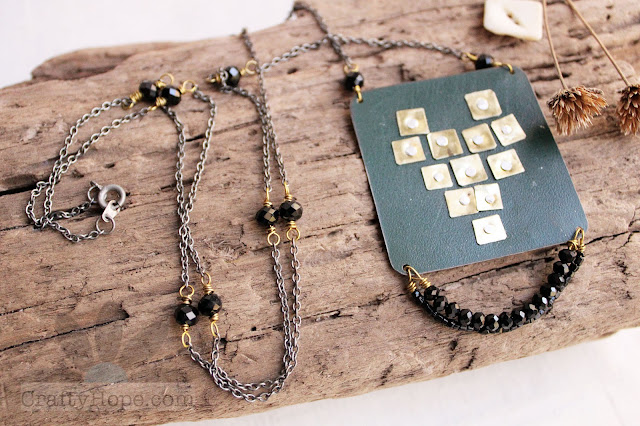 I made the chain somewhat long with black beads, gold-colored wire, and antiqued silver chain.

I totally dig this necklace. Once again, I wouldn't have come up with this design if it weren't for the inspiration from Sarajo and Eric. Thanks, y'all!! Now, head over to Sarajo's reveal post to see what she and the other participants in this challenge created. I'm sure you won't be disappointed.