It's been a wild few weeks, and I keep putting off this review of it for one reason or another. But, it must be done. So let's get to it. 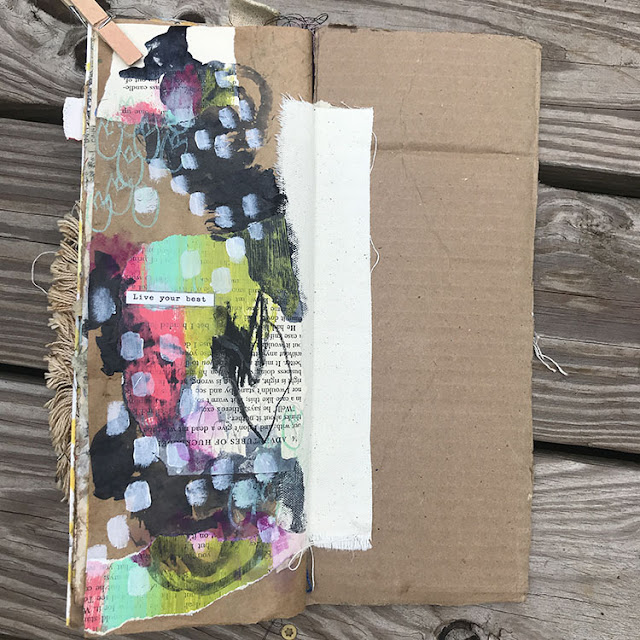 On Sunday the 13th, I took care of some storm prep since it looked like Hurricane Sally was headed in our general direction - more toward New Orleans, but we wanted to be safe. I also worked on and off in the craft room, finishing up my Soul Food journal that was made as part of an online class from Tiffany of Southern Gals Designs.

Much of the following day was spent on more hurricane prep. 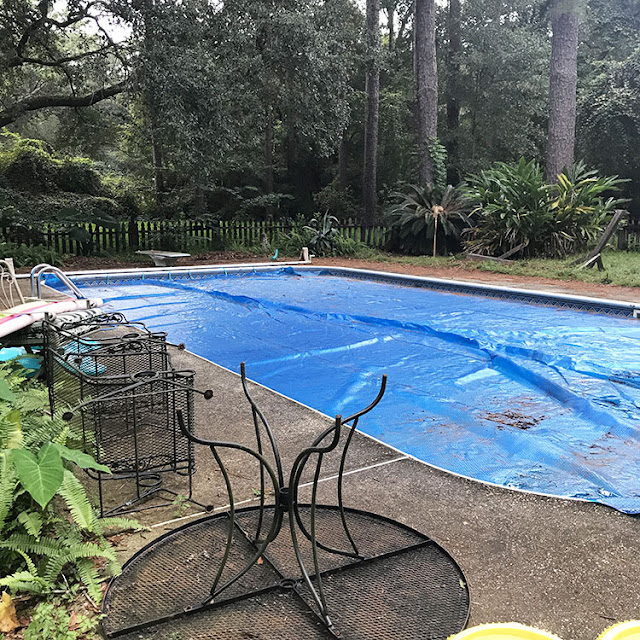 While we thought we would be on the outer edge of the storm, we knew it was wise to be cautious and somewhat prepared. We weren't ready at all. 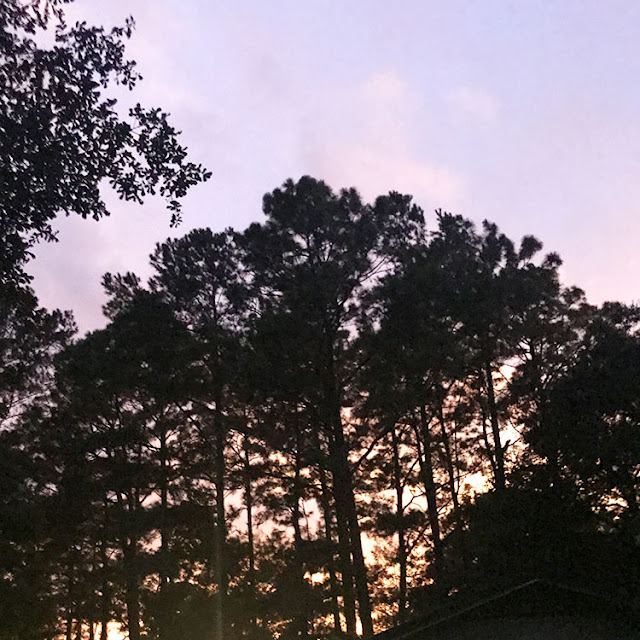 Though the storm didn't hit until early Wednesday the 16th, we stayed home all of Tuesday and watched the weather. We were awakened on Wednesday to the tremendous sounds of a hurricane over our house. You can read more about that experience and the days following it on my Hurricane Sally in Silverlox post.
We've been spending a portion of every day since the storm on some sort of clean-up or recovery. The first few days were really rough and had my spirits down. But, I reminded myself to try to find the beauty, even in the smallest things. As we cleaned a portion of the yard on Sunday, the 20th, I spotted this fungus-covered branch under a massive pile of other debris. It spoke to me. 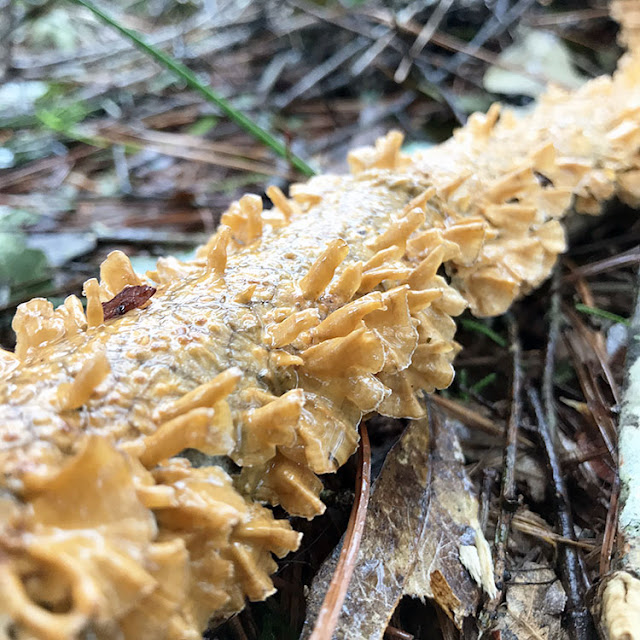 That evening, our power was restored.
With electricity back on so I could see, I spent much of Monday morning cleaning the house. Then, I helped Pat in the yard in the afternoon. As I mourned over the downing of my massive magnolia tree, this cluster of beauty berries caught my eye. 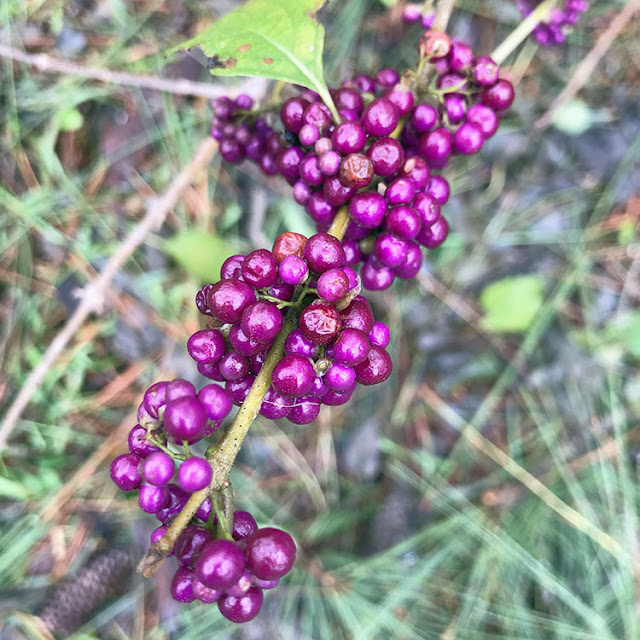 I just love that hue!
Wednesday brought more chores and yard work and an expensive estimate for tree removal. But, this ladybug brightened my day. 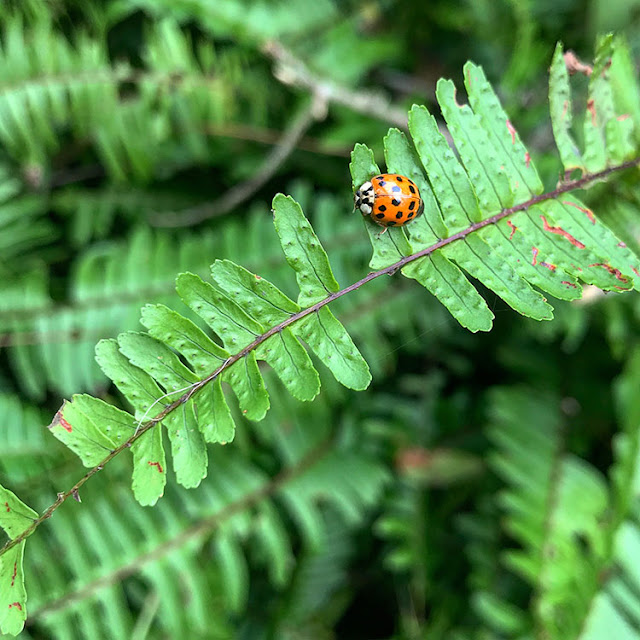 I made my first trip to restock groceries on Wednesday. I also worked on some jewelry and art in the afternoon. That absolutely helped soothe my soul. I'm not exactly sure where Thursday went. I accomplished most of the small tasks on my to-do list, so it was productive I suppose.
Friday was the first of several rough days of moving out of Pat's recording studio. But, our new tractor was delivered. And, that should help with some of the yard work moving forward. 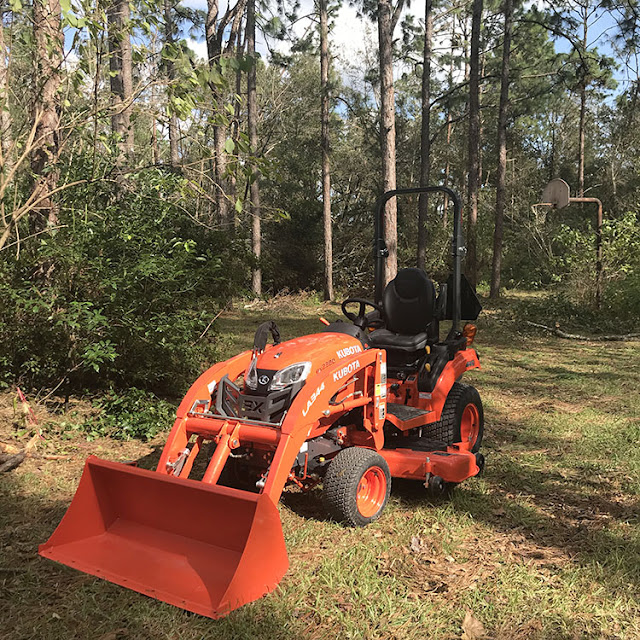 As a cherry-on-top to the day, the new season of the Great British Bake Off (or Baking Show) began on Netflix. (WOOHOO!)
After moving more items from Pat's studio on Saturday, I took a little time to just PLAY in my art journal. 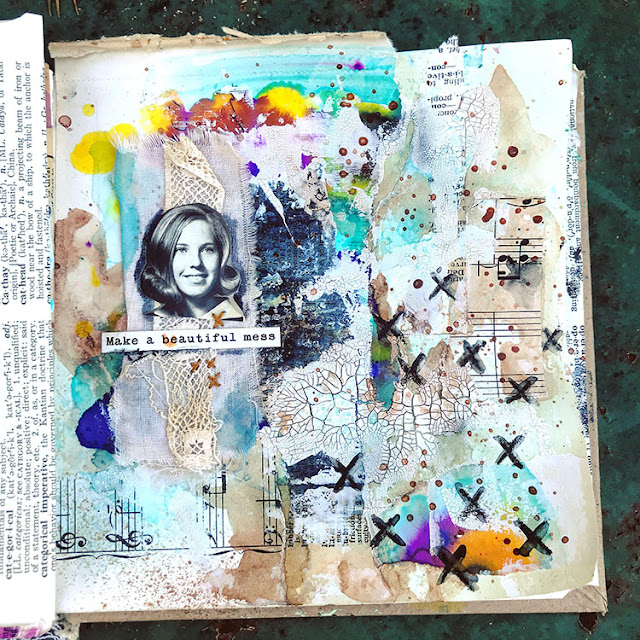 It was nice to have a creative release.
And, there was Alabama Football on the TV in the evening!! 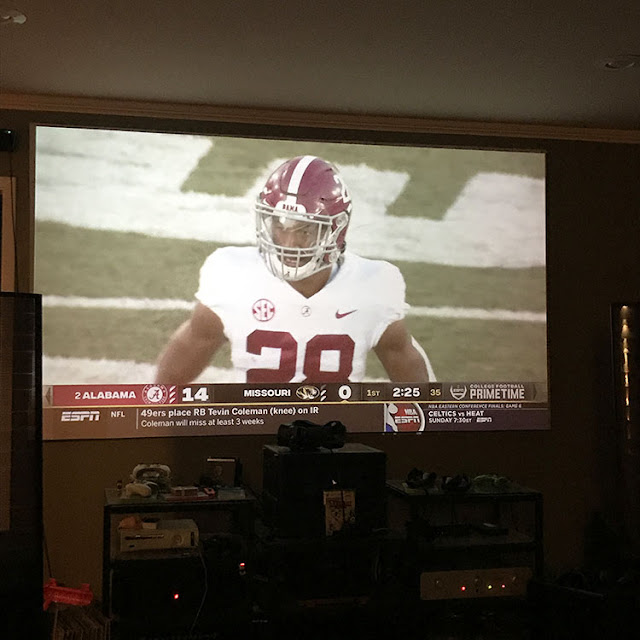 So, yeah...that's been my last two weeks - all kinds of crazy with snippets of joy scattered about.
Check out some inspiration I've found over the past two weeks.
And, that's been my last two weeks. There's still so much cleanup to be done on the property, but I think we've finally moved everything into storage that needs to be moved, and that's a relief! What are you thankful for this week?
at September 29, 2020
Email ThisBlogThis!Share to TwitterShare to FacebookShare to Pinterest
Labels: art journal, football, hurricane, inspiration, nature, silverlox, week in review