This post almost didn't happen. I actually waited until the last three days of July to do any kind of thrifting, but then I just couldn't take it anymore. 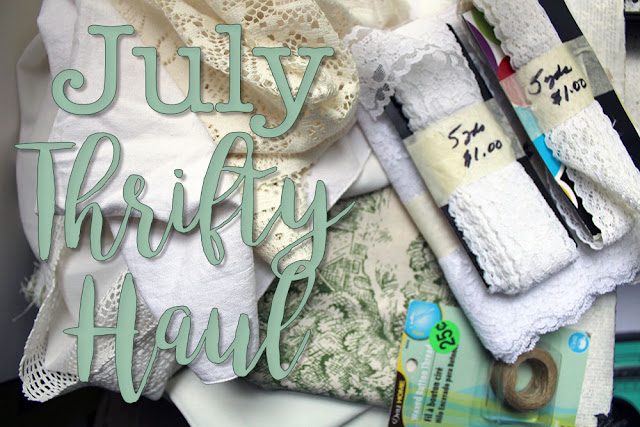 Initially, I just wanted to get out of the house and walk around so I went to a large antique mall. However, I didn't find much. While there, I kept feeling pulled to a certain small charity shop. So, I gave in even though it was pouring rain. 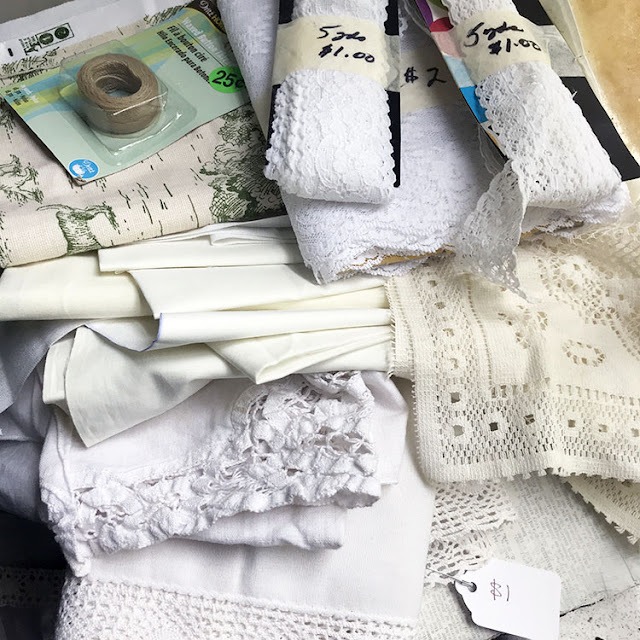 I unearthed this treasure trove of linens and lace, all for less than ten bucks!

Since I felt like I was in a good groove, I headed over to Goodwill for a quick walk-through. 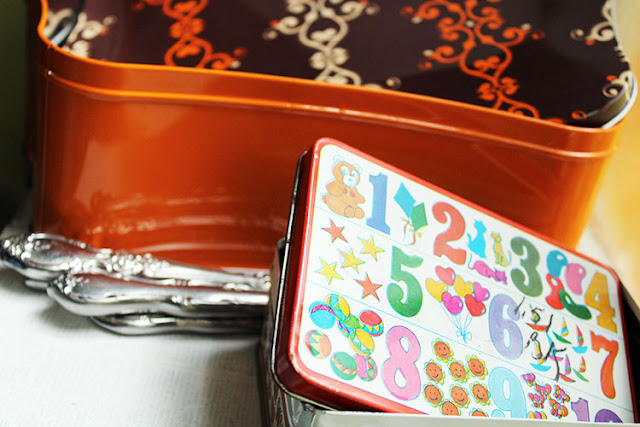 I scored a couple of unique tins and some butterknives. The tin in the front was packed full of old Uno cards. I originally thought that I would re-donate them, but instead, I'm using some of them as bases for my #SouthernGals5Min challenge on Instagram.

The Dollar Tree is in the same shopping center as Goodwill, so it had to be visited too. 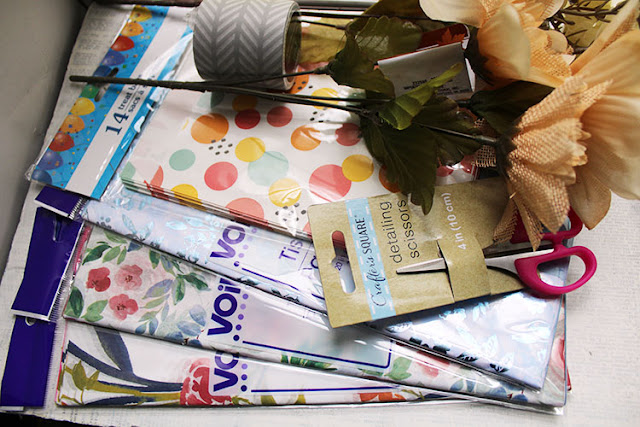 I picked up a few crafting materials along with some other odds and ends.

I was itching to hit up a couple more stores a town over, but the weather made me wait to see how I felt later. The following day, I was raring to go and visited three more thrift stores. However, only the first one had anything I needed to bring home. 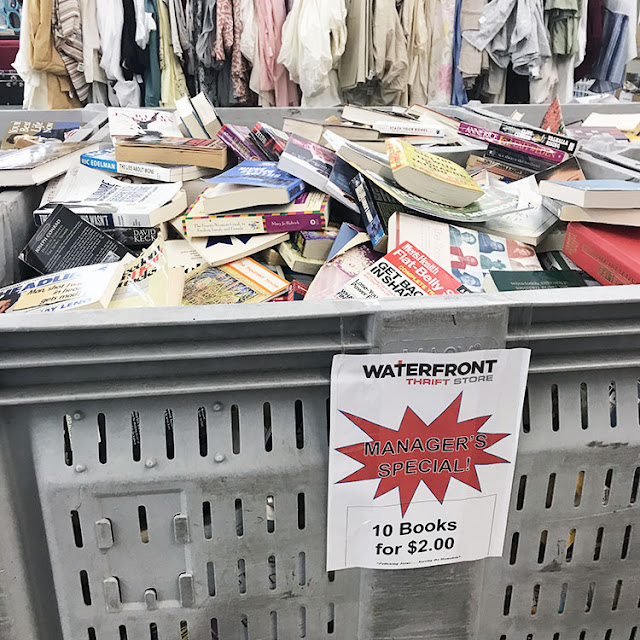 This sweet deal on books had me digging through the bins.

And, there were a LOT of bins. 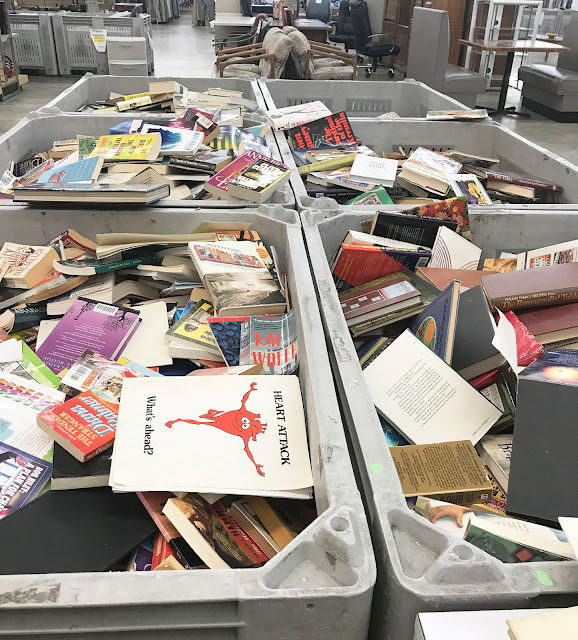 I was digging in them for a while.

And, I got TWENTY BOOKS! 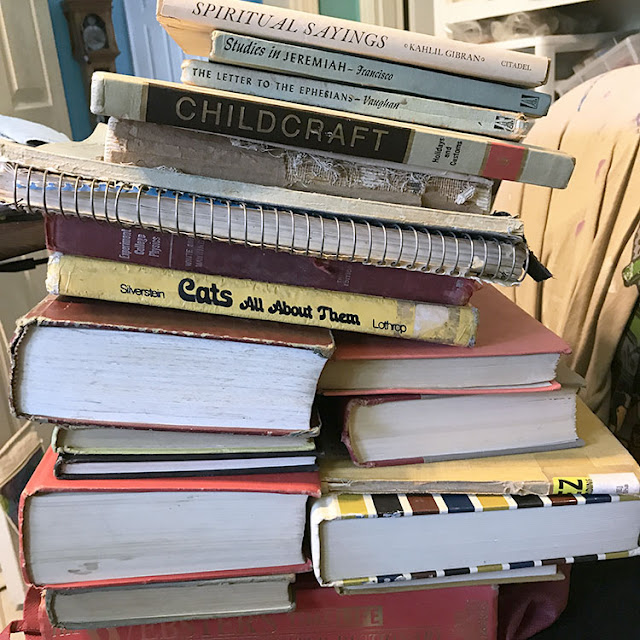 I also found this little tin of buttons that I couldn't pass up.

I was fairly certain I was done for the month when I had a few minutes while picking up lunch to run into Five Below and found this steal on fountain pens. 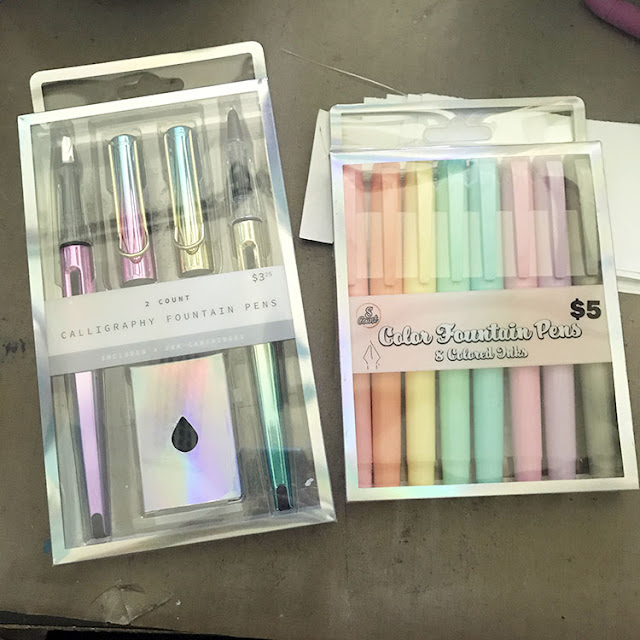 So far, they're working pretty well for me. I know they're not fancy, but great practice for when I decide to try real ones again.
Oh, and I can't help but share some of the funnies from my thrifting adventures. First, there was this puzzle. 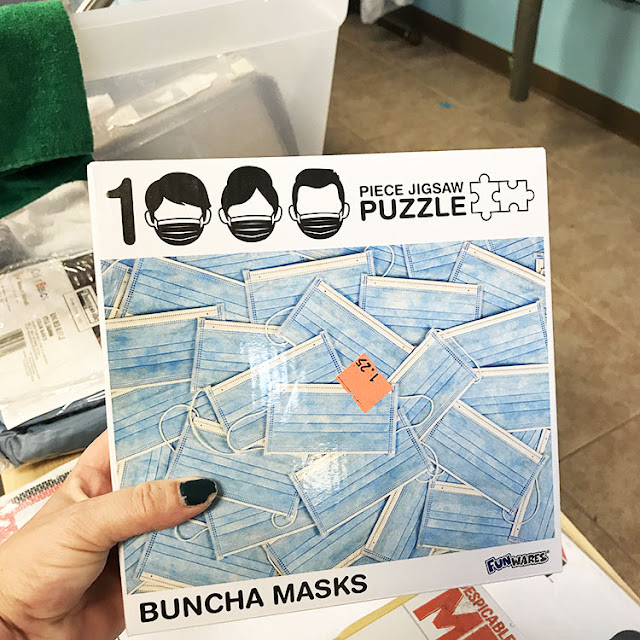 Something about the timing of it tickled me.
While in the same store, I saw an elderly gentleman pick up a Shake Weight and giggle over it. Seriously. It was a good thing my face was hidden behind a mask!
There were a few other finds that you didn't get to see in this reveal, but they are in my July Thrifty Haul video along with a look at ALL the books!
So, were you able to get out any over the month and thrift? I'd love to know what you found!
at August 13, 2020
Email ThisBlogThis!Share to TwitterShare to FacebookShare to Pinterest
Labels: haul, thrift scores, thrifting, thrifty