Once again, this week was filled with chick-related activities! But, I haven't really minded. 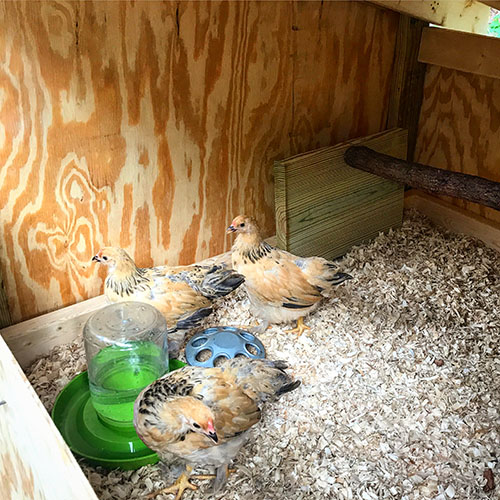 On Sunday, we finished the Peep Palace enough for our three chicks to move out of the house and into theirs. Everything went well. It was a relief to not dread finding chicken poop in the house.

Monday, everything went well as I knocked most of my chores off my bullet journal list. But, Tuesday morning was a little haywire as we found one of the chicks loose in their yard and not in the coop. The other two had somehow gotten trapped behind the roost we have in there. Both of the trapped chickens had trouble walking, but one seemed to shake it off after a few minutes. The other has been limping all week but improving each day. Seeing the improvement has brought so much relief to me. I was so worried. We spent some of Tuesday sealing up the area where we think they were trying to escape as well as the area where they got trapped and since then have had no more incidents. 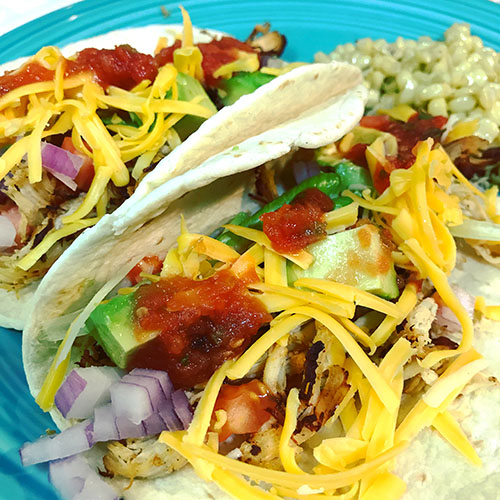 We also enjoyed some amazing chicken tacos that evening. Man, they were fantastic!

As delicious as those were, I actually had some toppings leftover and thought to throw them in my grits the next morning. 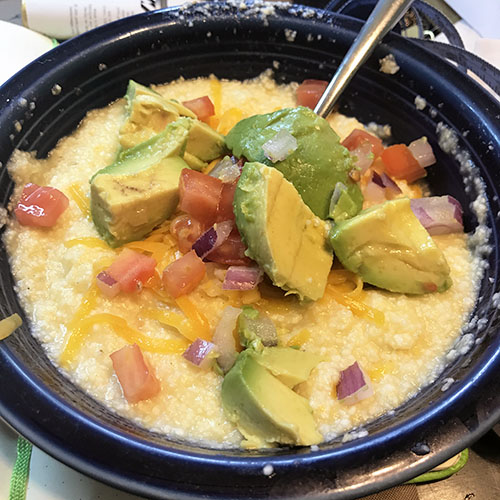 Those grits were good fuel for what came next for the Peep Palace. 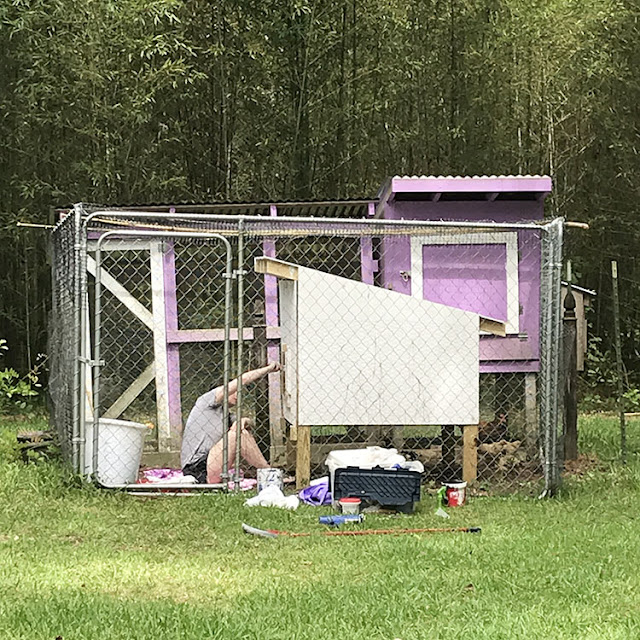 The niece and I spent some time painting it with primer to seal it before more of the storms rolled through. That's her in the picture doing the bulk of the work (I painted one side and the roof and left her the rest!) 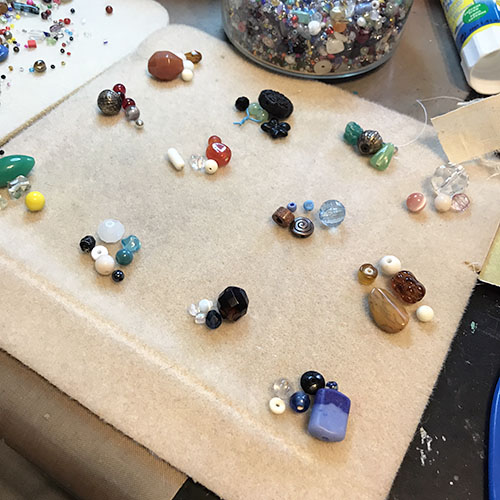 I also had some beads on the desk Wednesday as I worked to make more Beaded Bookmarks to go out with my jewelry orders.

Oh, and while out and about that morning, I spotted a baby turtle near the compost. 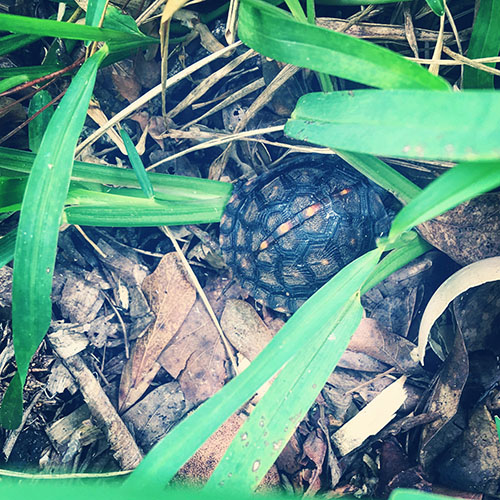 I guess it was a day for reptile spottings because we all saw snakes in the yard as well.

On Thursday, the niece got started on the pretty painting of the Peep Palace. 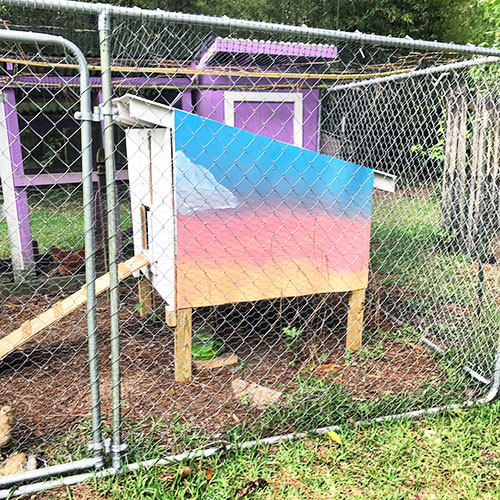 We told her she could paint whatever she wanted on it. She's begun with this cool sunrise/sunset scene that she plans to add some fun silhouettes to later. But, the rain hasn't really cooperated with her schedule. I'm loving this start though!

I knew I had some happy mail headed my way and checked the mail multiple times on Friday to finally discover two of the packages there that afternoon. One of them contained these beauties. 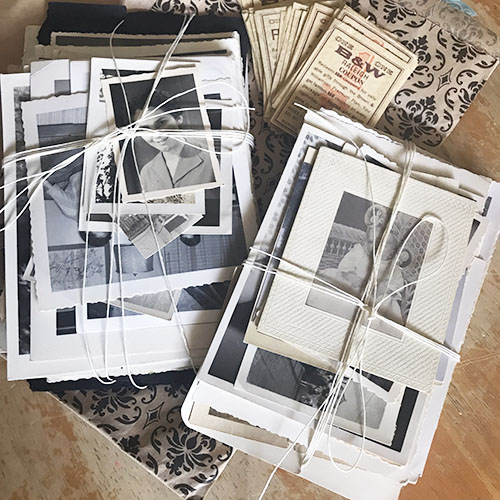 An Instagram friend wanted to send out some Black & White photos that she knew she wouldn't use. I was all in on that. But, I had no idea how generous she was going to be. Wow! 😍

I had a few errands to run to pick up some groceries for grilling out the next day, so I swung by our local Fairhope Brewing Company to get a few cans of this specialty brew. 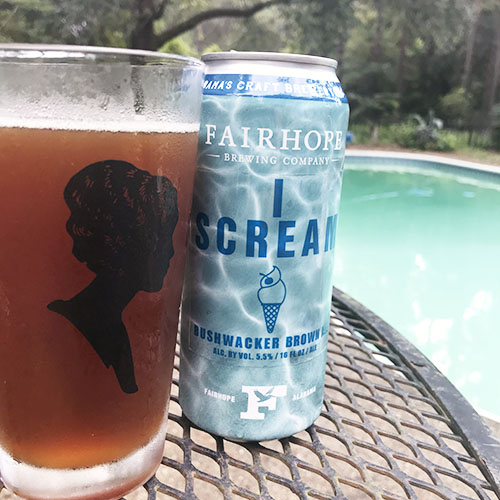 Despite the rain predicted for Saturday, we held to our plan to swim and grill out in the afternoon. Before heading out to do some yardwork in the morning, I marinated some chicken breasts and soaked the fresh, local corn. 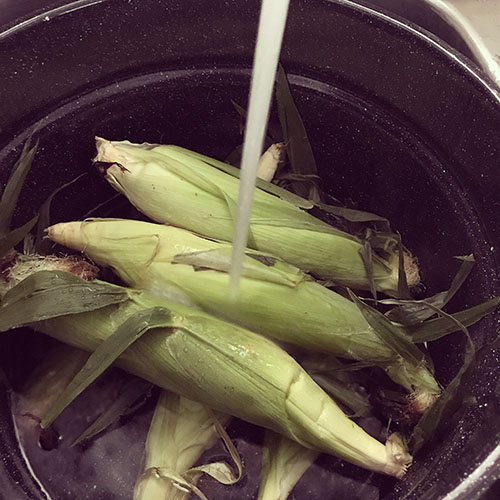 Have you ever grilled corn still in their husks? It's divine and so easy! And, the rain held off over Silverlox, though we heard rumblings of thunder and watched the radar all afternoon. We were able to swim for a few hours and grill our dinner. It was a fabulous way to end the week.

If you've been watching these posts lately, you know I'm nearing the end of #The100DayProject. Here's a look at what I made this past week. There were some winners and some losers in this bunch. 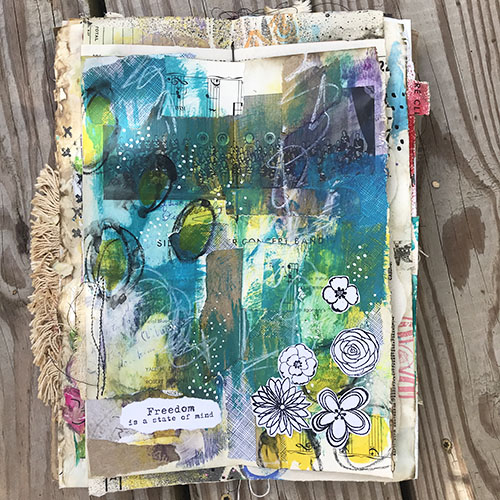 I caught back up again with this page for days 82 and 83. Embossed stamps and some of my specialty paints were included for my project. 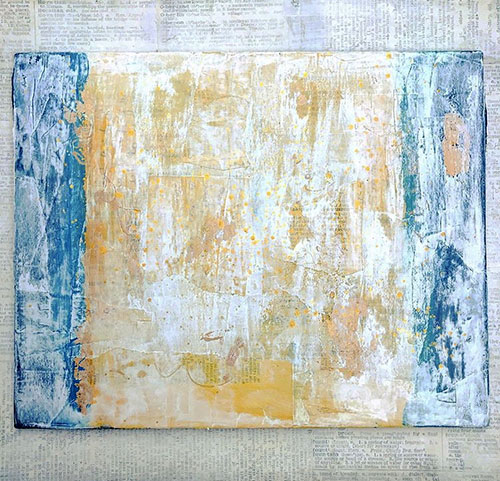 For day 84, I decided to go ahead and try to make something for June's Art Elements Theme Challenge of Summer Solstice. I used the phone book pages as I needed for the project, but the end result just wasn't what I had hoped it would be. 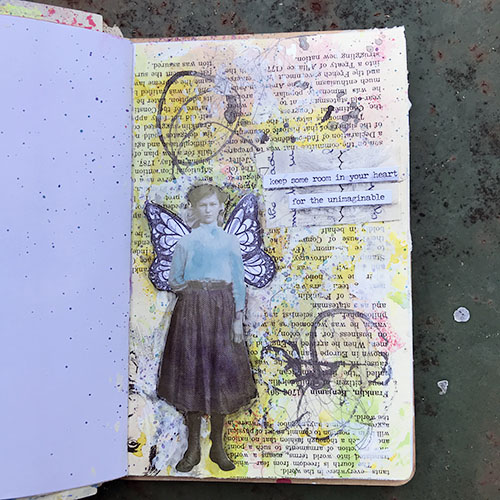 I only needed to use some of my Distress Inks for Day 85. I experimented with using them in a couple different ways than I had before. 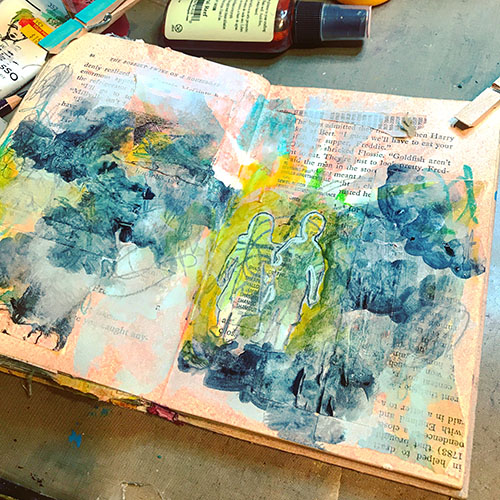 While most of this page is...okay, I really should have thought more about how stencil masks are best used before I dove in on Day 86. 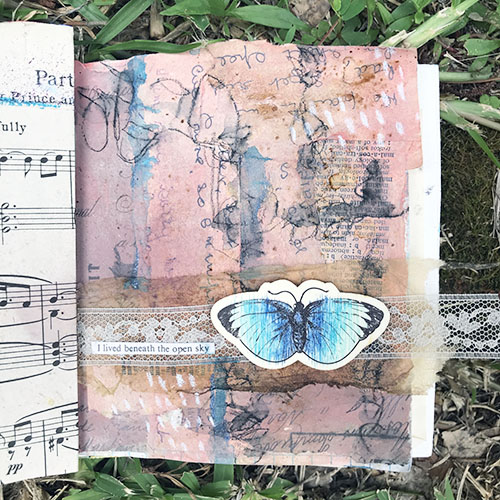 I started pulling myself out of my art rut on Day 87 as I worked with getting this laser cut butterfly into a journal page. 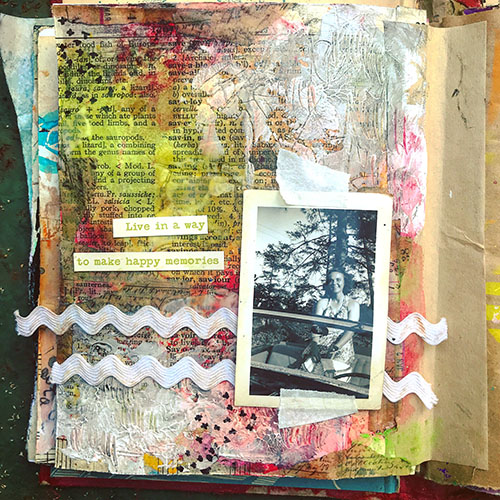 I've hoarded Rickrack for ages, picking it up at garage sales and thrift stores. But I don't hardly ever use it. It was Day 88's task to work it into some art. I tried to rush this process and heat-dried my crackle paste. It didn't crackle, but I pushed on and made a page that works. Oh, and note that I actually used one of the B&W photos that I got in the mail! 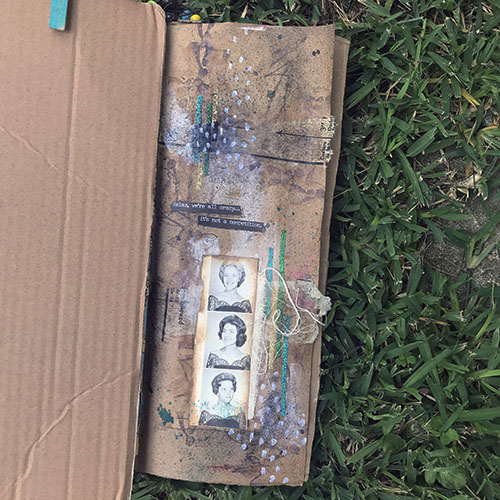 For day 89, I was to use glitter tape. And, I pure dreaded it. I wasn't sure how all that sparkle would fit into one of my grungy pages. I covered part of it up with some sewing pattern and considered covering it all up, but I let some poke out. It ended up being a pretty great page in the end.

Now, how about I share some of the inspiration I found over the week:


And, that's it for my week. How did yours treat you?
Wishing you a creative week ahead!
Labels: art journal beads beer chickens food happy mail inspiration nature nieces pets silverlox the 100 day project week in review
CraftyHope
I’m a jewelry-artist, treasure hunter, & nature-lover that finds joy in the smallest things. I hope to spread that joy and inspiration.