I seem to be running behind on everything this week and simply have no excuse for it. But, I do have a new piece of jewelry to share with you. It's for Sj Designs' Honey Do List. Each month Sarajo's husband presents her with a design inspiration, and she extends that inspiration as a challenge for other designsers. I could not resist this month's picture. 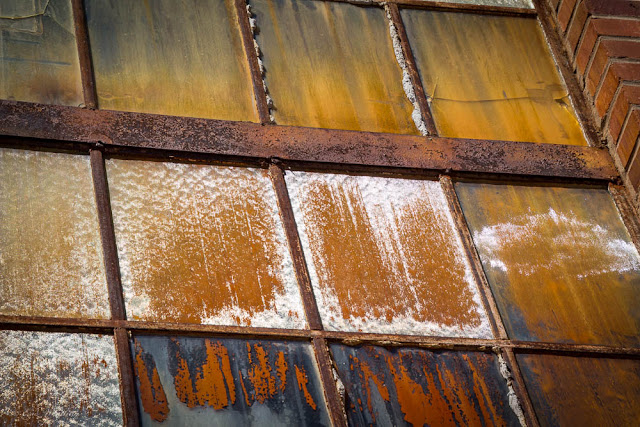 It's pure, rusty heaven! In addtion to the rusty hues, I spy black and white as well. But, it's the rust that really stands out.

I started my work on this challenge by selecting my rusty component. I've got plenty to choose from, as I am a collector. However, I remembered that I had just bought a selection of keys at a craft and thrift show. There was a massive bin of them that I dug though, selcting just the ones I wanted. Of course, I snagged a few nice rusty ones. 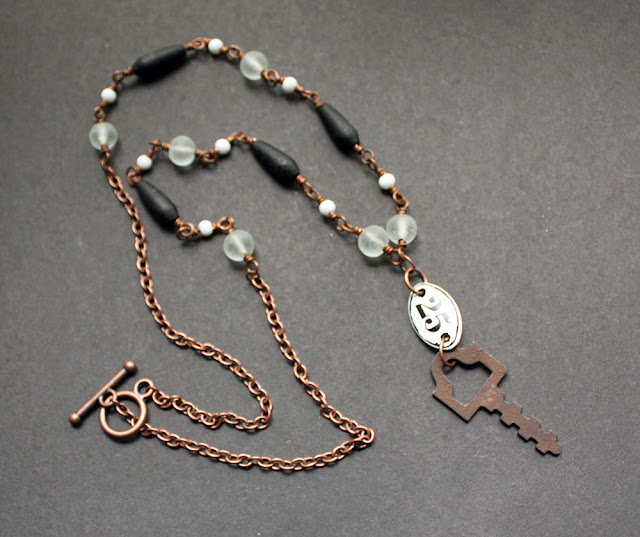 This one was not only rusty, but also had a nice square-ish shape at the top, reflecting the shape of the window panes in the picture. I have to admit, that it looked more rusty originally. I decided to coat it with Renaissance Wax to seal in all the rusty goodness. Alas, it dulled and darkened the patina rather than lifting it up. 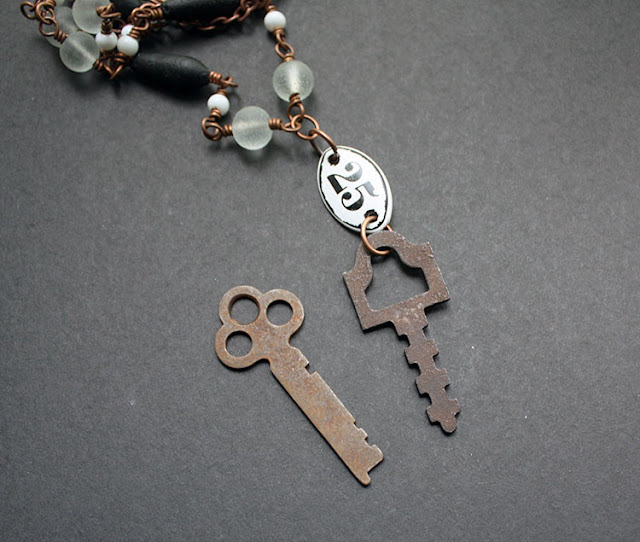 Here's another key from the batch that still has that orange glow to it. I suppose I could have selected another key, but I was determined not to be deterred. 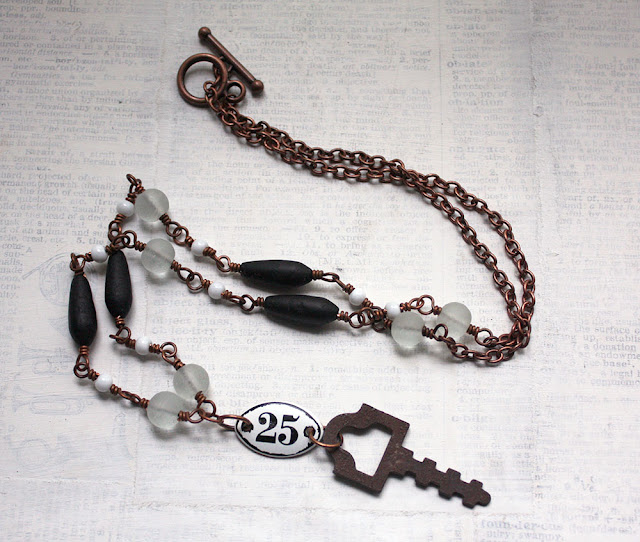 Since the orange glow had been subdued, I decided to use antiqued copper to bring it back into the necklace. The key was attached to a scrapbook element with "25" written on it. (I did have to alter the silvertone back with Vintaj Patinas to make it match a litte better.) There's something somewhat industrial about the charm - much like I imagine the building the window can be found on. 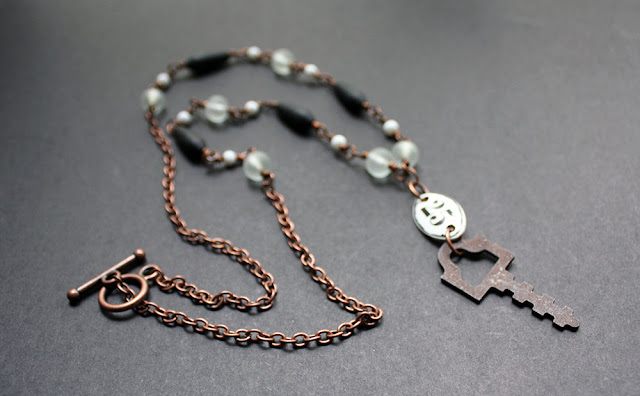 I made the chain of the necklace with cultured sea glass in clear and black, ensuring that they weren't too shiny for the rustic-ness of this inspiration. In addition, small white glass beads were included. The beaded portion makes up the front of the chain while simple antiqued copper chain and a toggle clasp complete it. 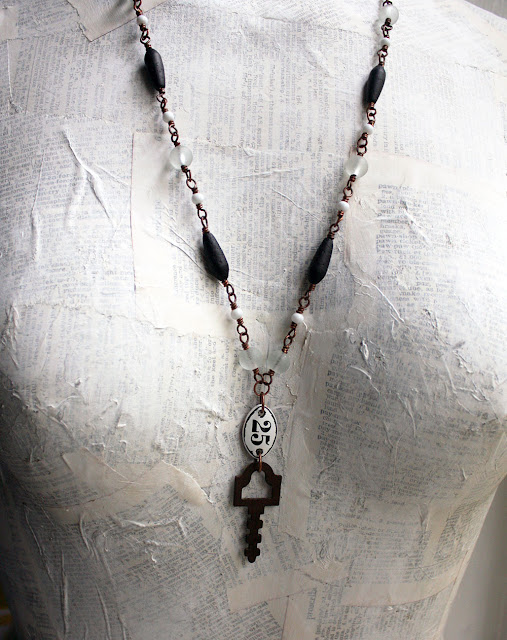 At first glance, it may be hard to see that this necklace came from the inspiration photo, but each and every selection for it came directly from that fabulous image. I can't wait to see what the inspiration is for next month!

Make sure you hop on over to the Sj Designs Jewelry Blog to see what else that picture inspired.