I've started this thing where I finish up each week by sharing some of the pictures I've taken throughout the week. Some of these were shared elsewhere, some not. But, it helps me keep a bit of a journal and do something with at least some of the extra photos I've taken. And, you get a peek at my week! 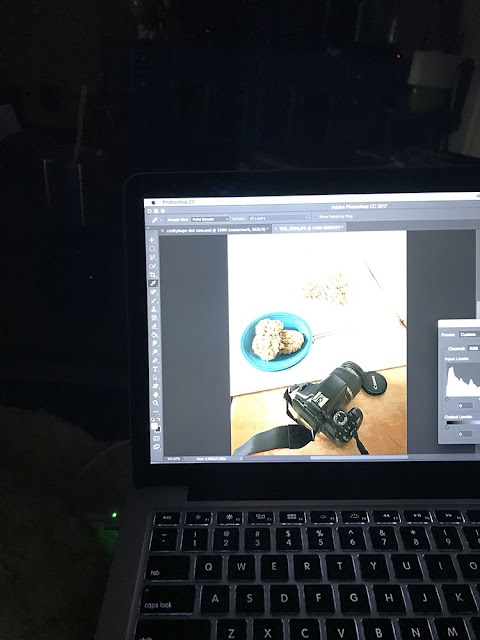 Despite the time change, I was up early on Sunday, editing photos for last week's peek. 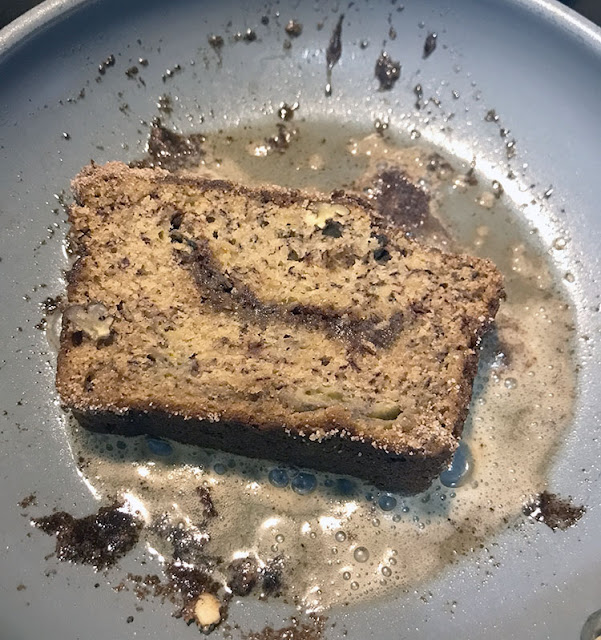 Once Pat was up, I made a simple breakfast of banana bread "fried" in butter. It was good!

The rest of the day wasn't near as simple. I left the house to pick up my niece and her friend from their retreat, and when I returned, I had a house full of people. My mom was over to retrieve the girls, and one of my best friends along with her husband and daughter had come by to get some use out of our 3D printer. The printer was being finicky so Pat had to work with it all the rest of the day while everyone else filtered off to return to their own home. 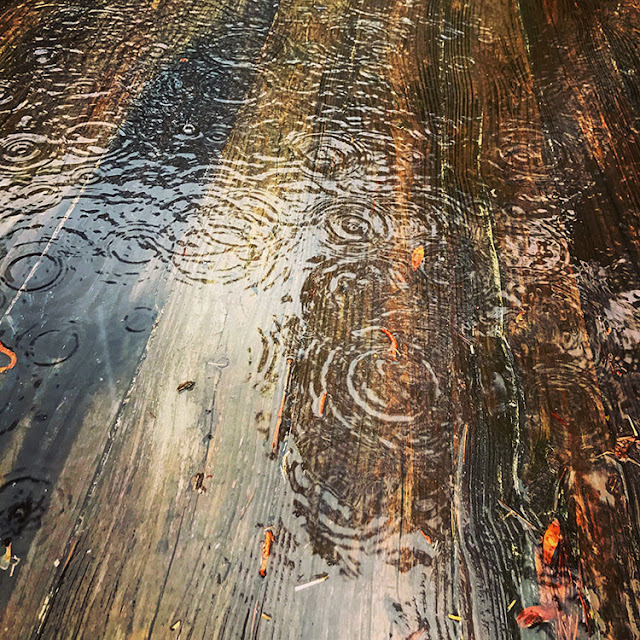 It was a rainy afternoon so I retreated to the craft room to play. 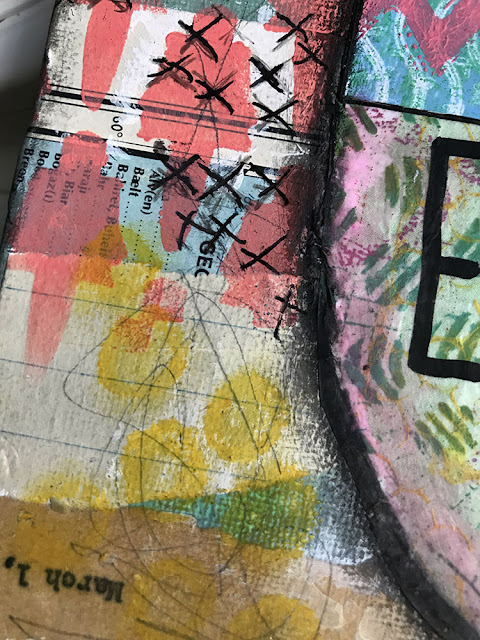 I collaged and painted and doodled and made a completed piece. I hope to share the process and its full reveal later in the week. Stay tuned! 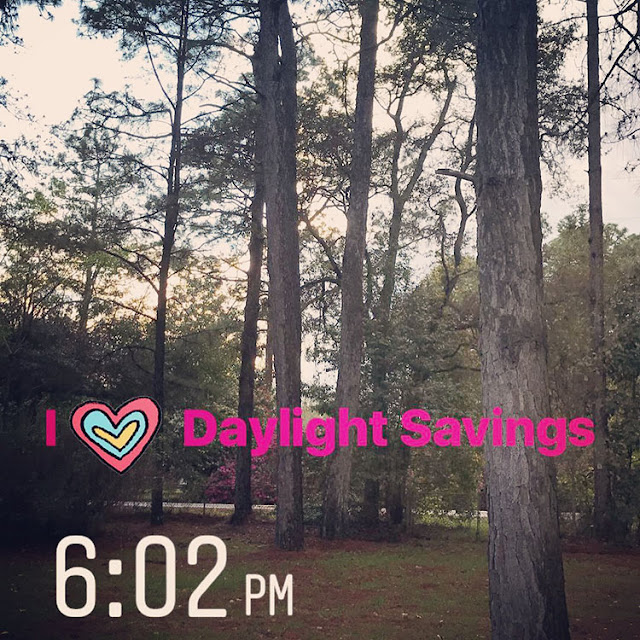 As the day grew later, I realized that the sun was still up and had to soak that in for a bit. I always love that extra bit of sunshine in the evenings. 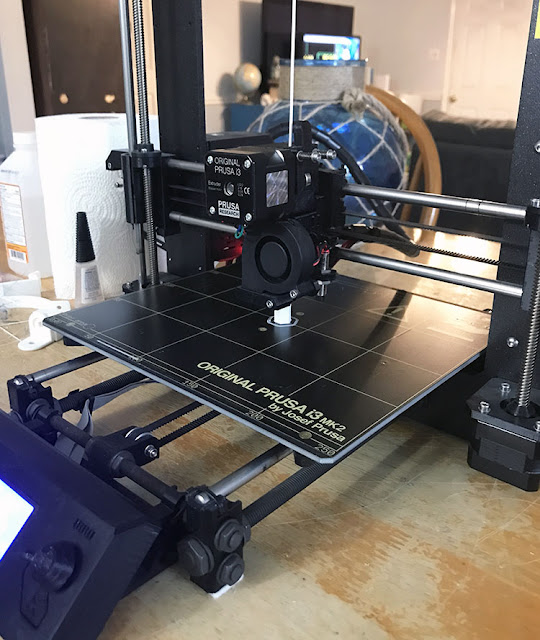 By Monday morning, Pat had worked all the kinks out of the 3D printer, and it was humming away. 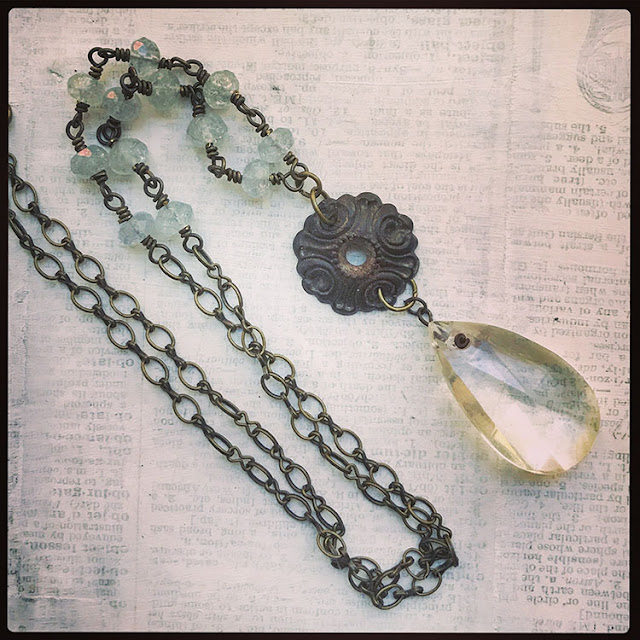 I listed this beauty in the CraftyHope Etsy shop (it's now sold). 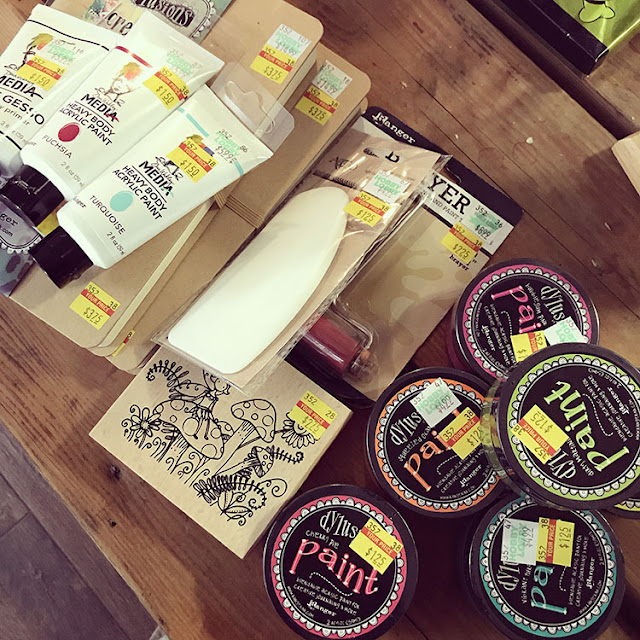 A quick trip to Hobby Lobby is never that, especially when you stray from your list and get pulled in by those yellow clearance stickers. (But I saved so much! ;) )

Alas, the savings wouldn't last long as we had two different plumbers come out for two different problems. One was fixed easier than we thought while the other was a much bigger problem than we anticipated. 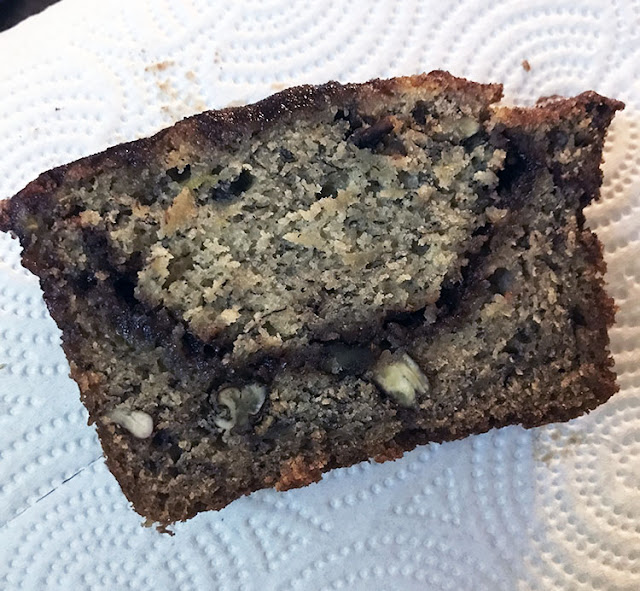 Tuesday was low key for the most part. Though, I did catch my banana bread sticking its tongue out at me. 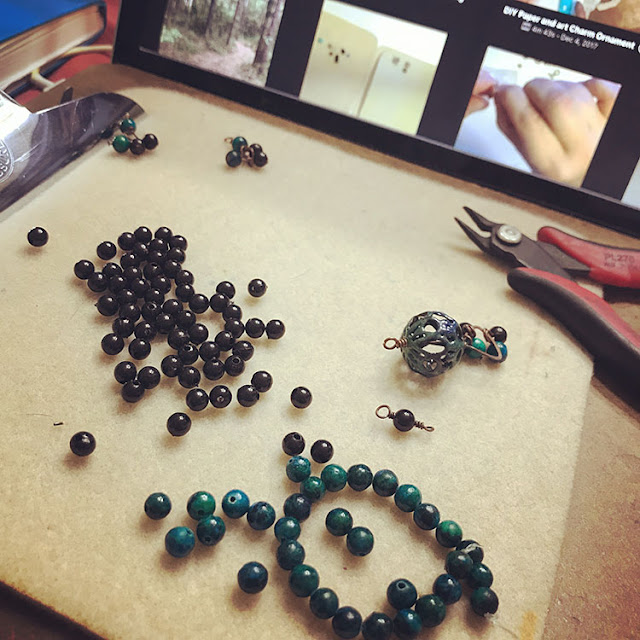 On Wednesday, I went to my mom's to hang with my grandmother. I always take some work with me. While waiting for my Velvet Bookmark video to upload, I worked on a necklace. 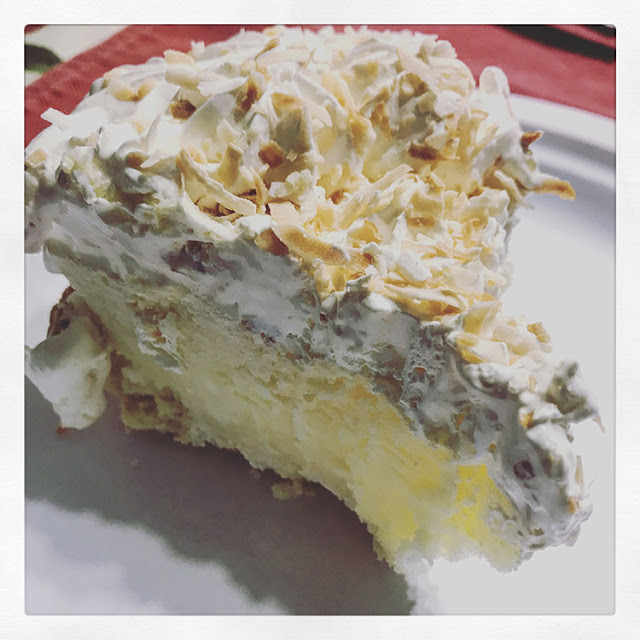 Since it was also Pi day, my niece and I ran out for a couple of pies. Alas, the one we really wanted (pictured) was so frozen it took me almost an hour to eat it! 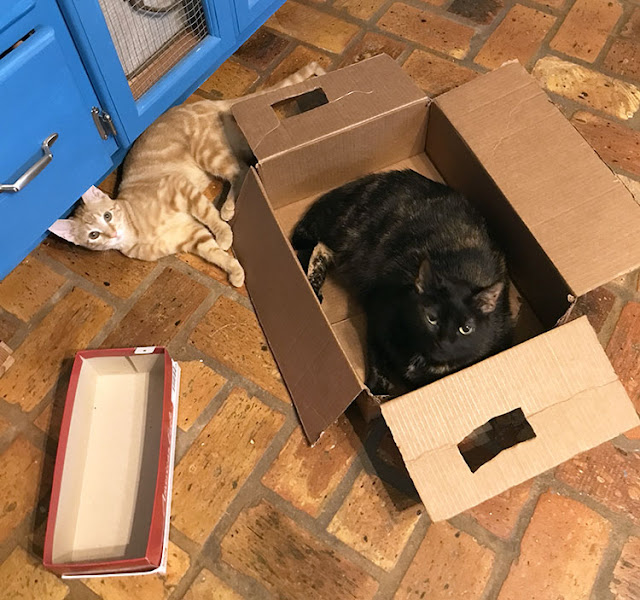 Thursday started with the cats being too cute and just barely tolerating each other. 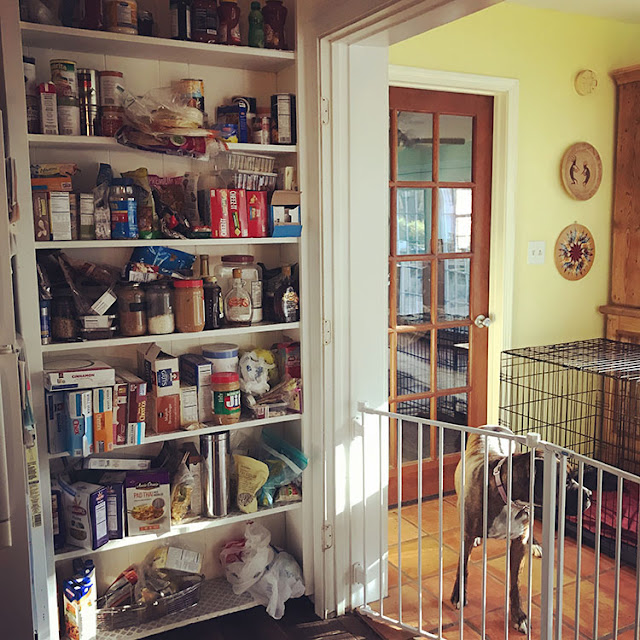 Since the fix to our plumbing issues meant drilling into the sunroom floor, we had to come up with some solutions for where to have Zoe and the cats during the repair process. My suggestion involved taking the double doors off the kitchen (the ones we never use and that are just in the way most of the time), putting one of the doors on our bedroom (yeah, we didn't have a bedroom door), and letting Zoe in the living room. I'm still surprised at how much easier it is to use the pantry without that dang door in front of it. And, Zoe's been so good in the living room. 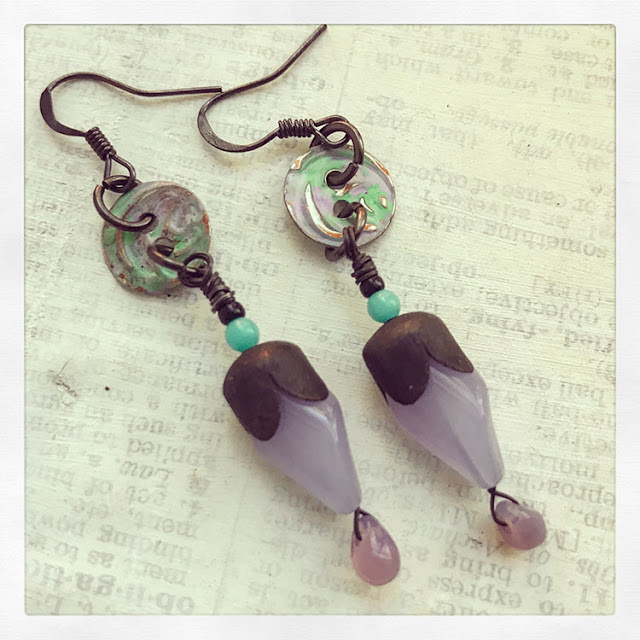 I did relist these fun Mixed Media Earrings.

On Friday, the work began.

And, it only took the day for the plumbers to get the drain fixed. But, now we've got to fix the floor. They used a jackhammer and drilled a trench right in the middle of my sunroom. It was a lot to handle for one day.

To occupy myself, I walked the property. I discovered that my amaryllis had a bloom on it (though the plumbers had to dig it up), that the azaleas are quite wimpy after the cold snap we've had, and that the bridal wreath is just lovely. 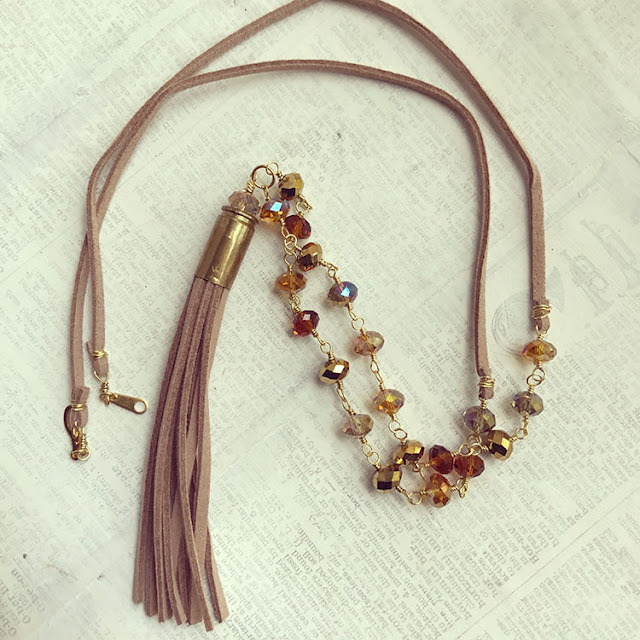 I listed this beauty of a Leather Bullet Tassel Necklace.

And, I did a little art journal play to calm my soul. I stuck mainly to the paints I had picked up at Hobby Lobby. 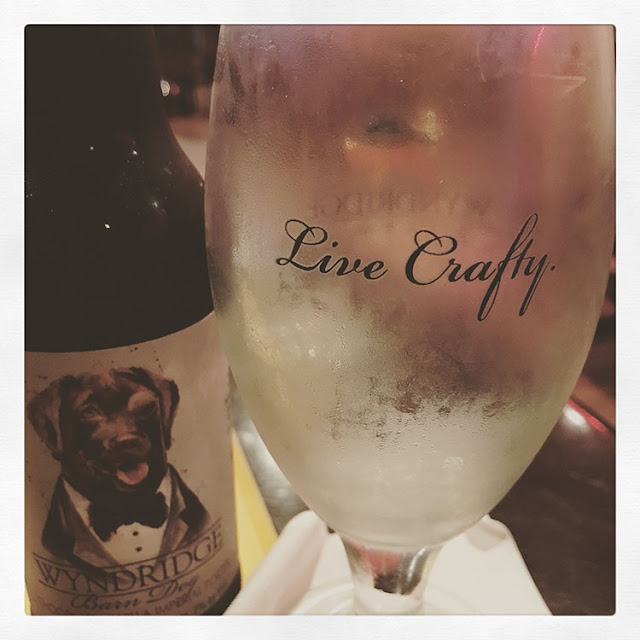 At the end of a day like that, I totally deserved a beer or two. I got tickled at the beer glass. As if I'm not living Crafty. Ha! 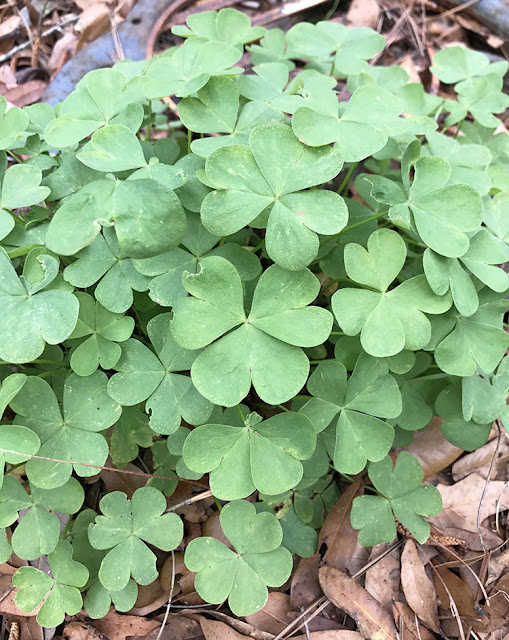 Saturday was St. Patrick's Day. Instead of living it up to celebrate my Irish heritage, I cleaned - a LOT. The jackhammering left concrete dust on every surface in my sunroom, living room, kitchen, and dining room. So, every single item was cleaned - every bottle, spice jar, glass, top of the fridge, baseboard, coffeemaker, window blind, and any other surface where it might have settled. It was not so awesome. Alas, that's what it means to be a grown-up. Dang.

I'm hoping that the week to come is a little less eventful. How was your week?