Last week I started this weekly feature sharing snippets of my daily life through the pictures I've taken. 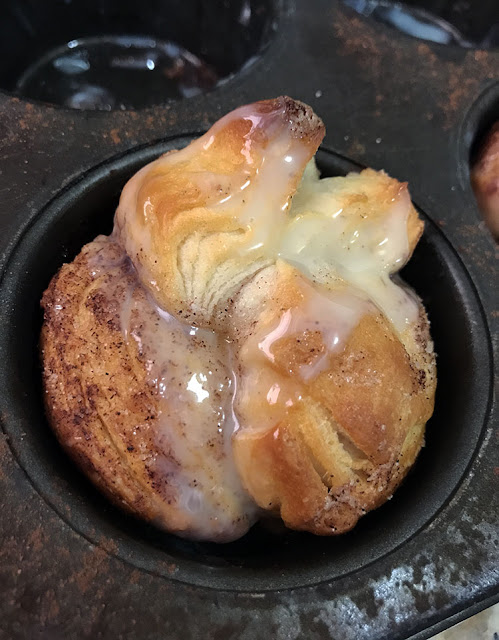 Even though I work from home, I don't really mess with elaborate breakfasts on the weekdays. However, I will get a little more creative on the weekends. On Sunday, I made Monkey Muffins (the original Pioneer Woman recipe). These are what I based my King Cake Monkey Muffins off of. 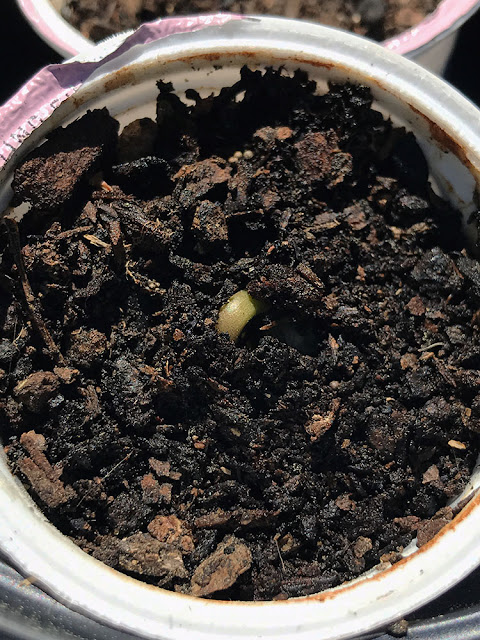 After that, Sunday was all about working in the yard. I started by checking on my seeds from last week. The beans were just starting to poke through! 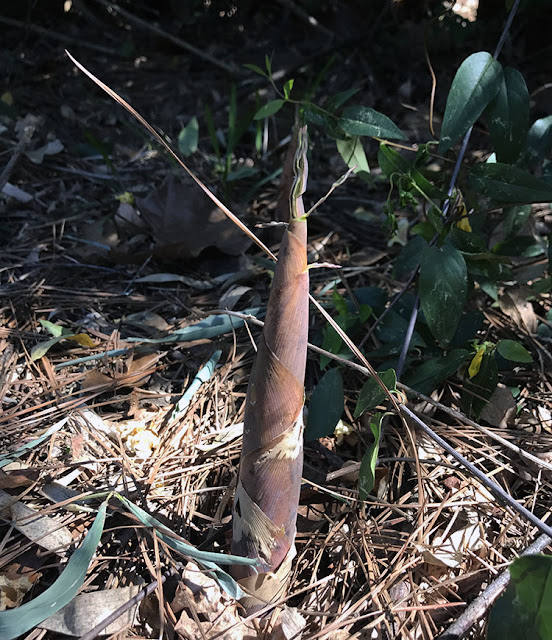 After that, I went bamboo-kicking (the best way we've found to prevent the spread of bamboo) as the bamboo shoots are also poking their heads above ground. 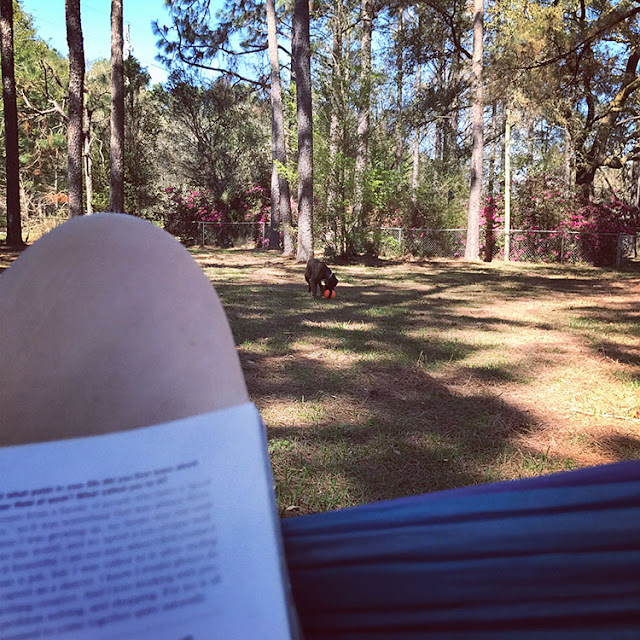 I did some reading in the hammock while Zoe played. This was only to bide time while Pat finished up other projects. 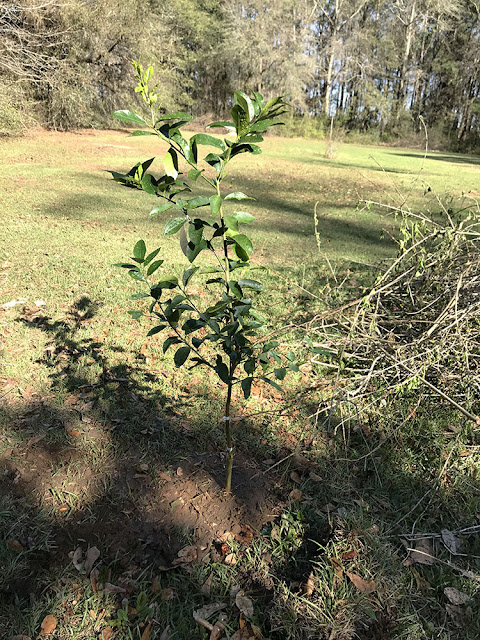 Then, we were able to get to the task I was excited about - planting the fruit trees. Pictured here is a Persian Lime, but we also planted a satsuma, a fig, and a blood orange. It could be a while before they bear any fruit, but we've been talking about getting these since we moved here. So, I'm glad that's handled! 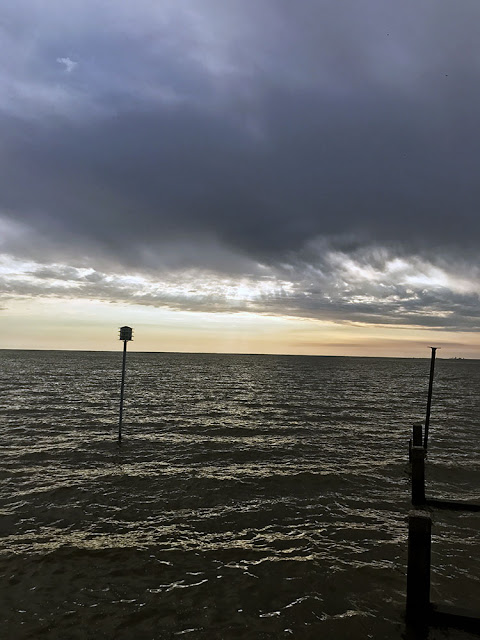 We rounded out the weekend with a late afternoon walk along Mobile Bay. 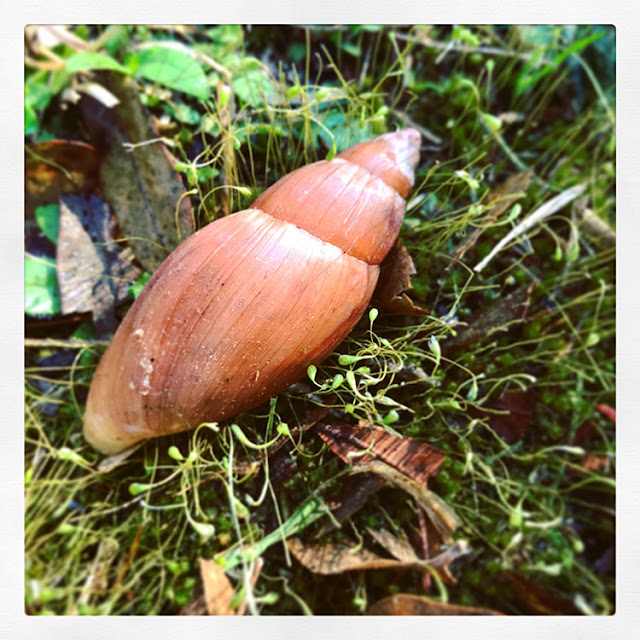 I started Monday out much like the day before, searching for bamboo to kick. While tromping through the yard, I almost squashed this beauty of a snail. He was huge! 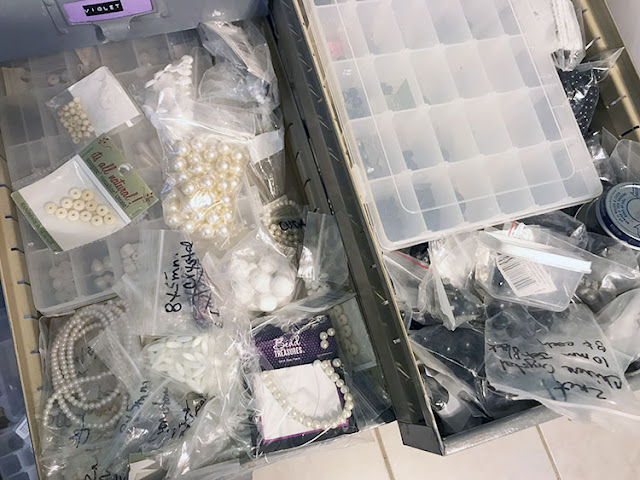 Getting down to work, I decided to start planning out and deciding what I might make for this month's We're All Ears Challenge at Earrings Everyday. It's a monochromatic, black-and-white theme so I went searching through the black and white drawers in the bead cabinet for inspiration. 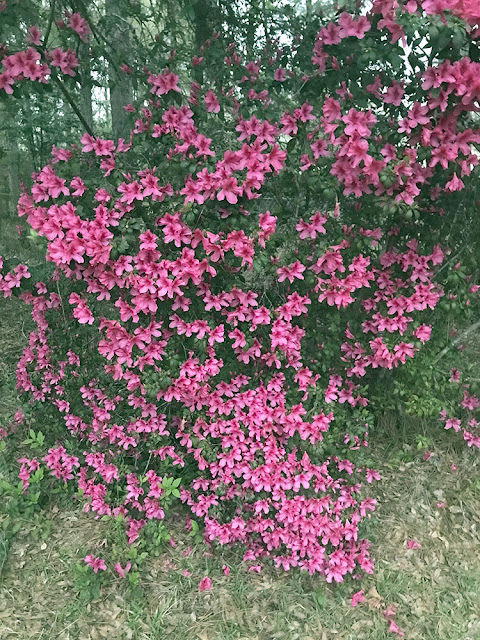 Later in the day, I got back outside and was able to take in some color. Namely, I admired the burst of pink from the azaleas. They're EVERYWHERE in the area! 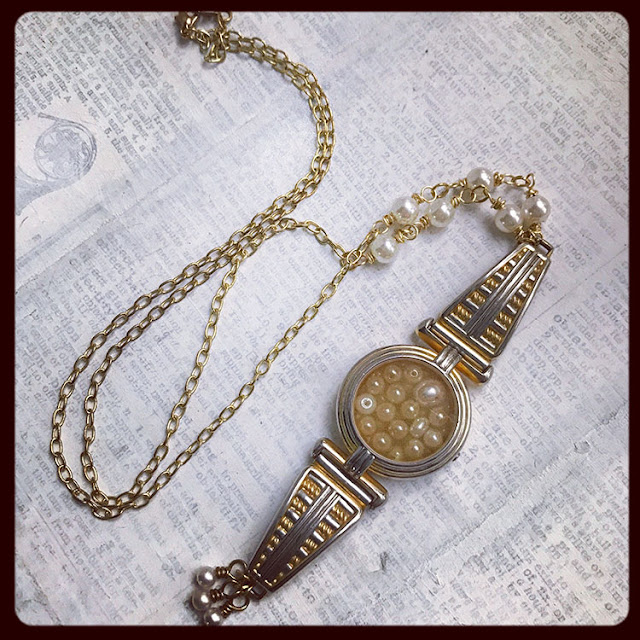 After that, I listed this Vintage Watch and Pearl Necklace. It's a favorite of mine! 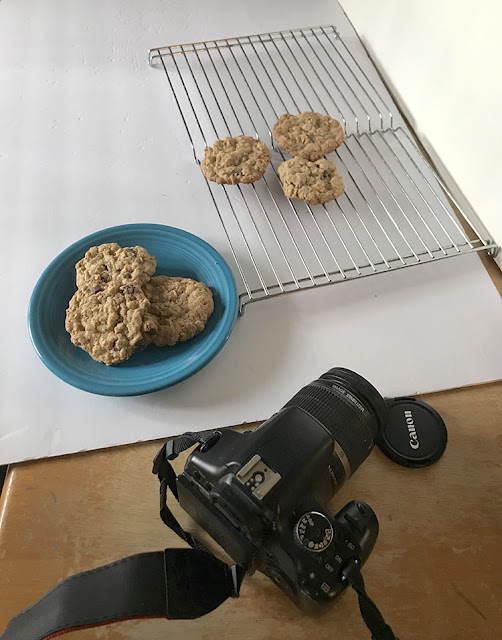 And, of course, there was a cookie photo shoot. It was seriously the main thing on my list to get done on Monday.  After that, we were able to eat the "pretty cookies" I had saved for the shoot. 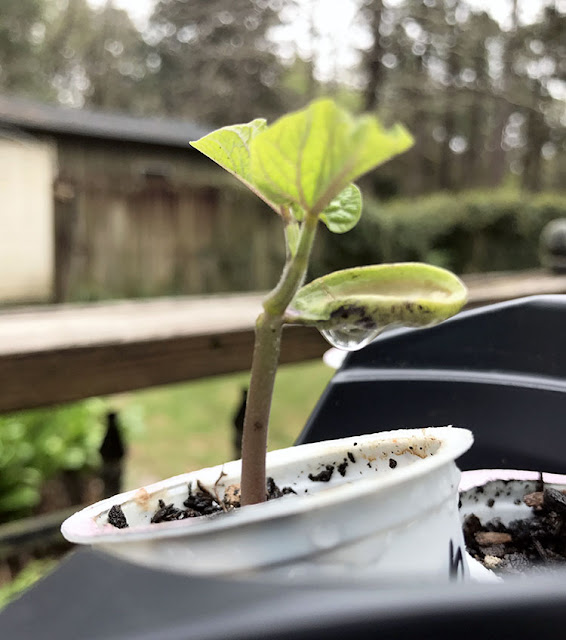 Tuesday was rainy. When I was finally able to get outside, I realized that my black beans had taken off and were looking like real plants. I was so very excited! 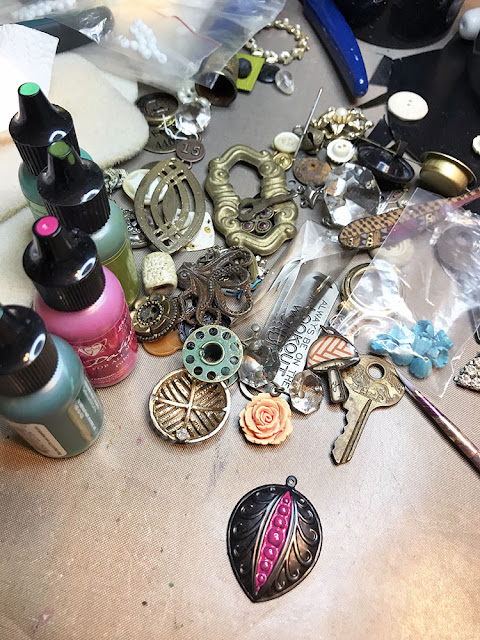 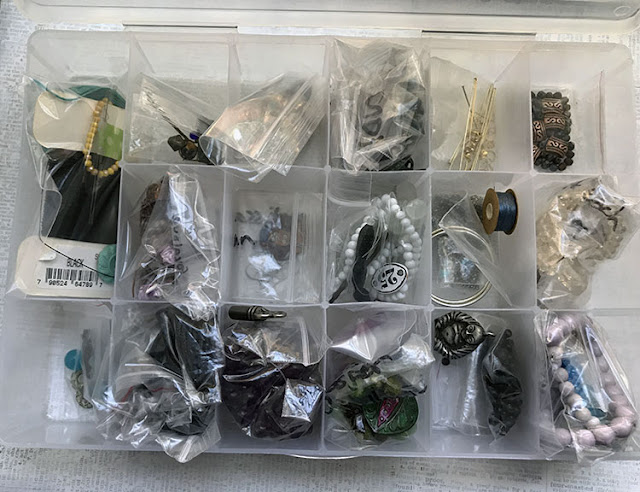 And, I was able to stock the whole thing! I'll share what's in it later. 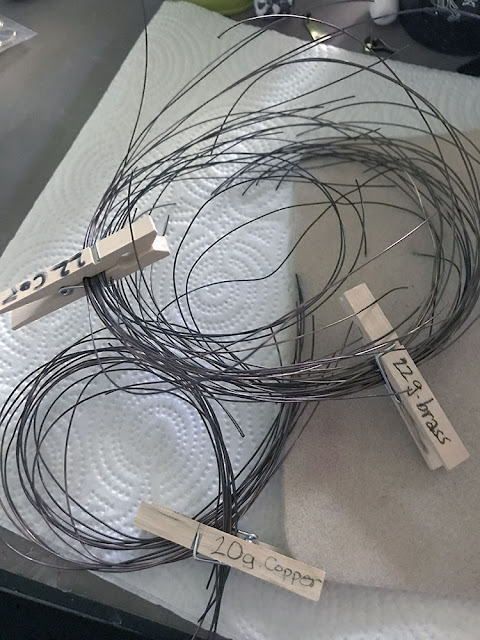 While Pat had band practice Tuesday evening, I worked on darkening copper and brass wire. It's nice to know I have a good supply ready to go! 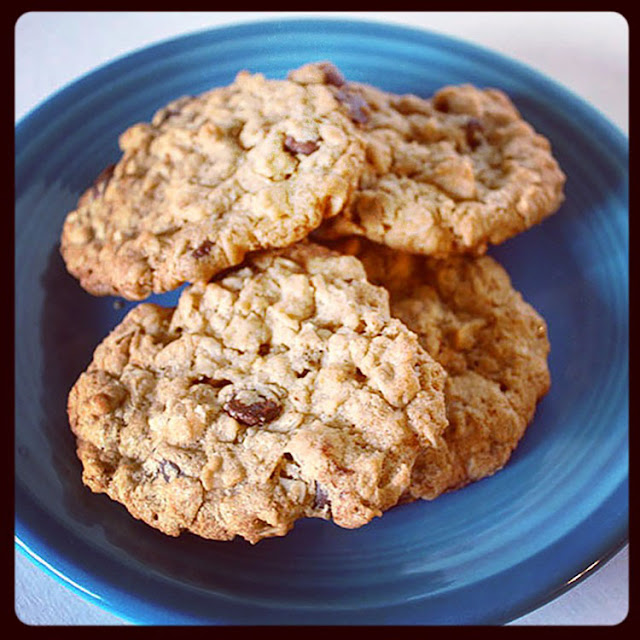 On Wednesdays, I go to my mom's house to visit with my grandmother and help out. I don't usually get a whole lot of anything interesting accomplished. But, I did post my recipe for The Best Chocolate Chip Oatmeal Cookies! 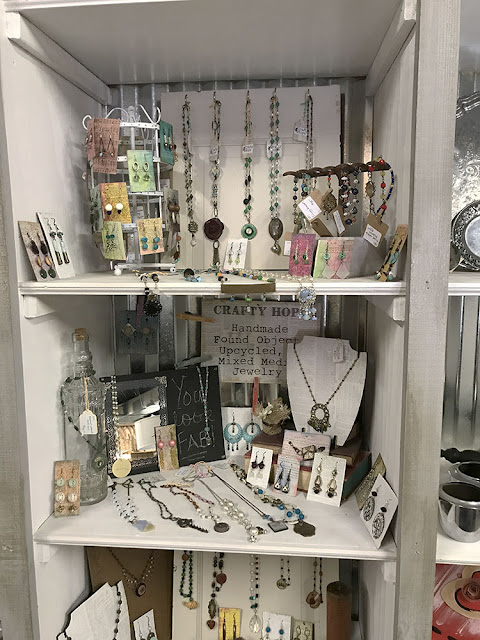 Thursday was a day of errand-running. I started by updating my booth at Southern Antiques and Accents with some new pieces and rearranging the existing ones. 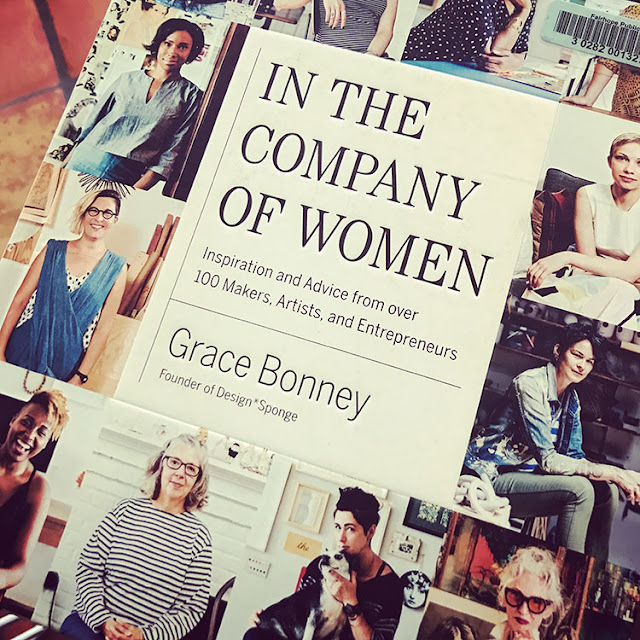 Thursday was also International Women's Day. I was pretty pleased that I just happened to be reading this particular book. And, it's really got me thinking and inspiring me - just as I had hoped it would! 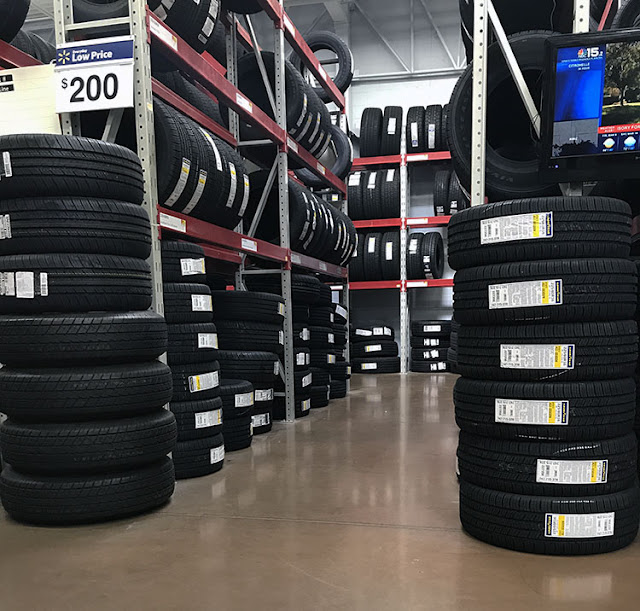 Of course, the setting for reading wasn't all that inspiring. I had to get my oil changed as my last errand of the day, and this was the view. Oh well, you take what you can get! 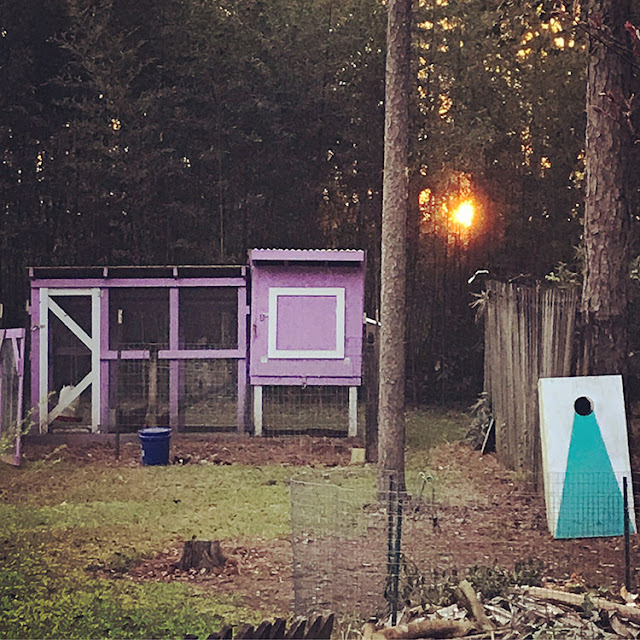 On Friday, I rose with the sun and had to capture a quick photo of its golden beauty. 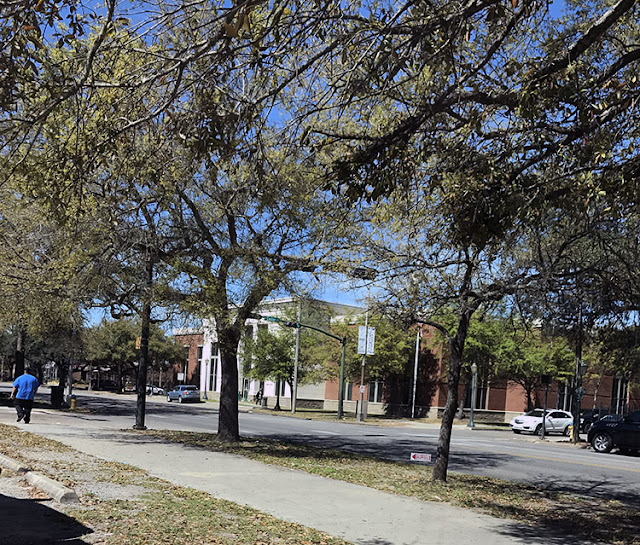 Part of the reason I had to get up so early was that I had to take my niece downtown Mobile to handle a couple things. 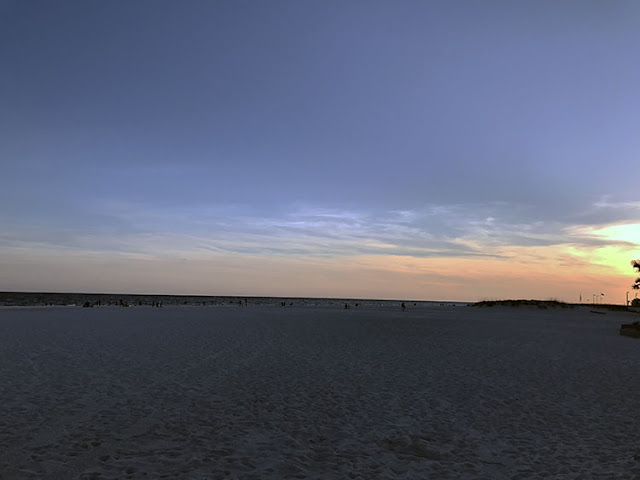 Later that afternoon, I drove her and a friend to a retreat in Gulf Shores. Since I had captured the sunrise, I thought it only fair to document the sunset (from the beach!) 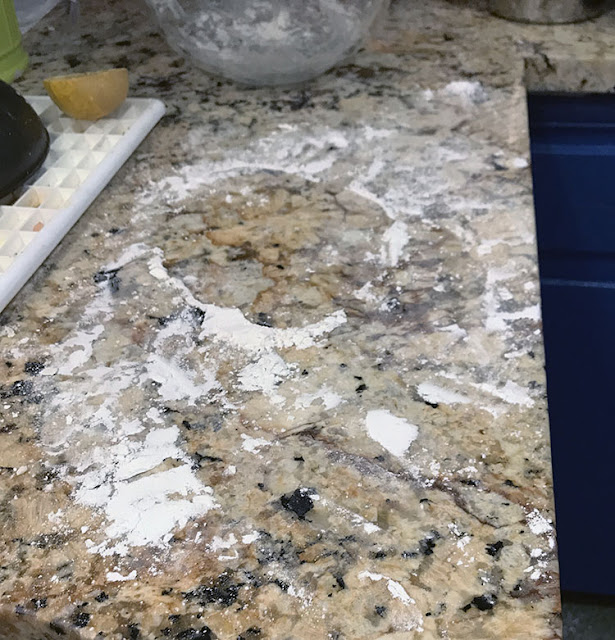 Saturday started with a big mess in the kitchen. Like I said from the start of this post, I make a little more effort with breakfast on the weekends. 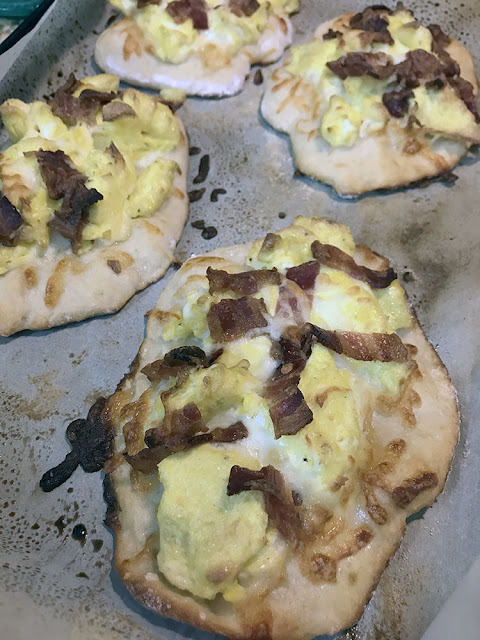 I had spotted this Breakfast Pizza from Skinny Taste last week and had to make it.  Y'all, they were SO GOOD and so easy and so versatile! I'm definitely making them again. I may even use the dough recipe to make real pizzas. 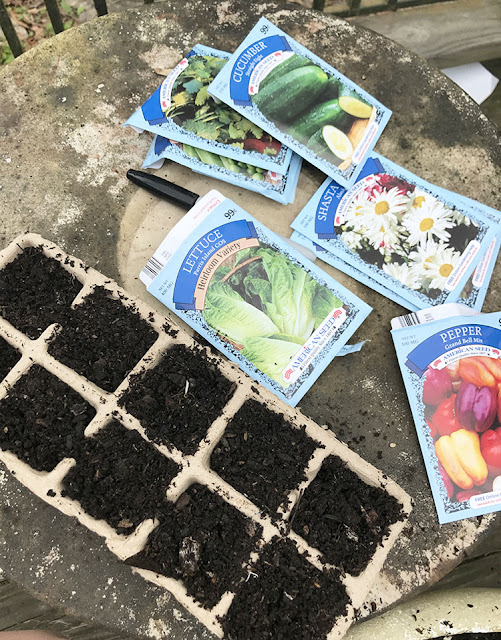 The rest of the day was spent just taking care of things around the house like getting more seeds planted. Most of them were useful things like food and herbs, but I had grabbed a few flower seeds to plant out in the yard. I really hope my daisies, zinnias, and sunflowers show up. I'll have to wait and see.

And, that about wrapped up the week. Sunday is halfway through and the rain is pouring. I'm not sure how much more I'll get accomplished today. But, I'm hopeful. Here's hoping your week was full. What's on your plate for the week to come?