Today is the first full day of Spring. And, despite the fact that the Northeast continues to be battered with winter storms; we've already had lots of signs of Spring here in South Alabama for a while. Most of the weather has been nice, but we did have a cold snap a few weeks ago that withered some of the new growth. So, it hasn't all been sunny days and flowers. But, I thought I'd share some of the season as it's shown itself on our property which we call "Silverlox". 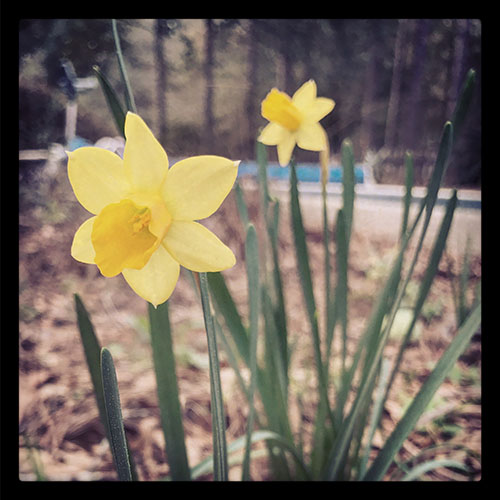 Definitely the harbingers of Spring, these mini daffodils poked their heads out as soon as the weather began to warm. I have to admit that I was surprised as I had no idea these were there. I'm sure they were planted by the previous owners. 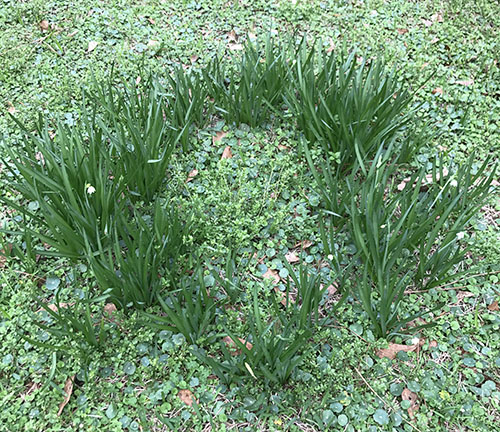 The next to begin peeking up was this fairy ring of snowdrops. Though I know it's not a traditional fairy ring, I think it's pretty magical and call it such. 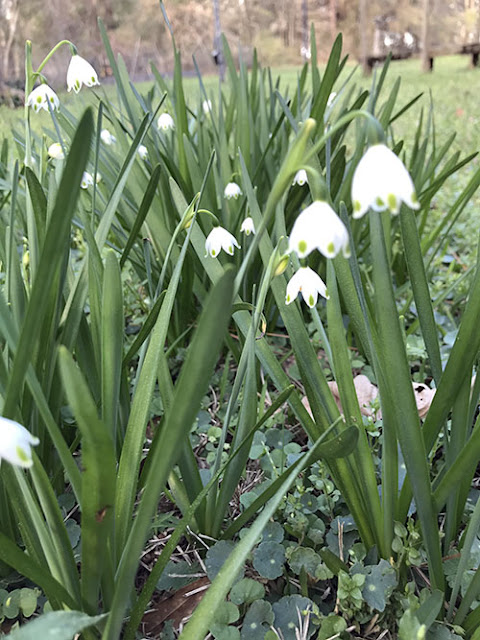 Here's a better look at the snowdrops in bloom. I love the little green drops on the petals. 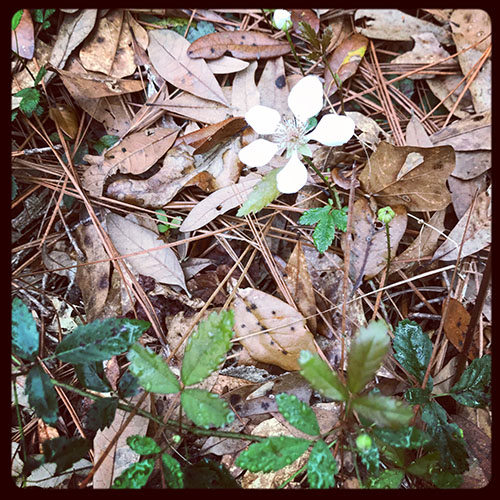 In addition, the blackberry briars began blooming. The wild blackberries around here are really dewberries and are super thorny, but plentiful. 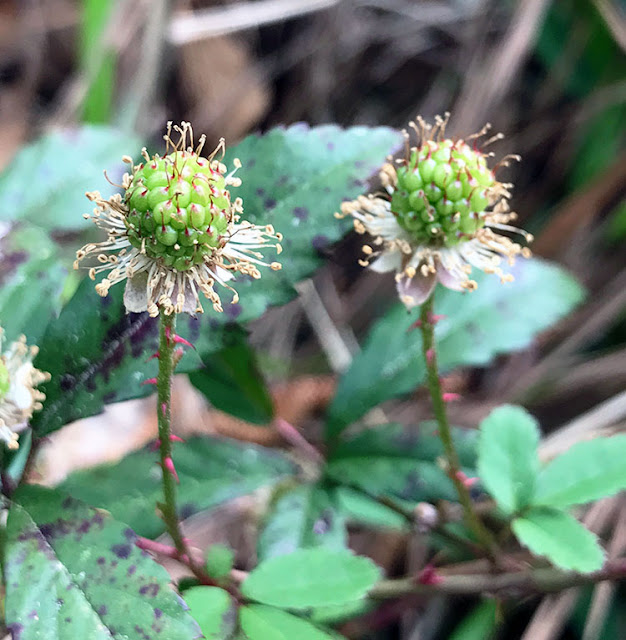 A few of them are already showing signs of fruit! 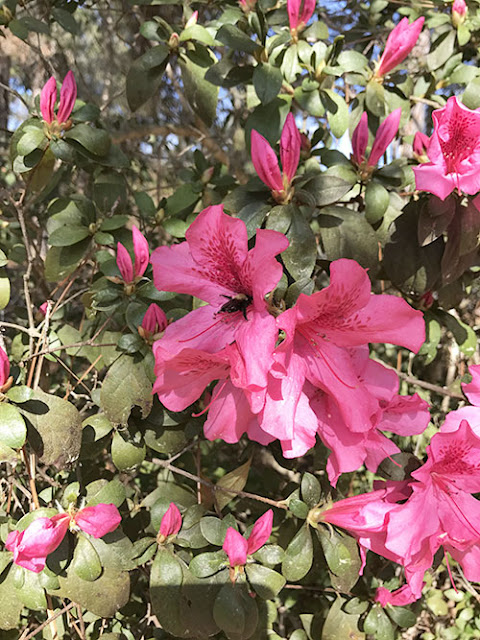 Azaleas are also quite prolific in the area. The bushes everywhere were absolutely FULL of blooms. 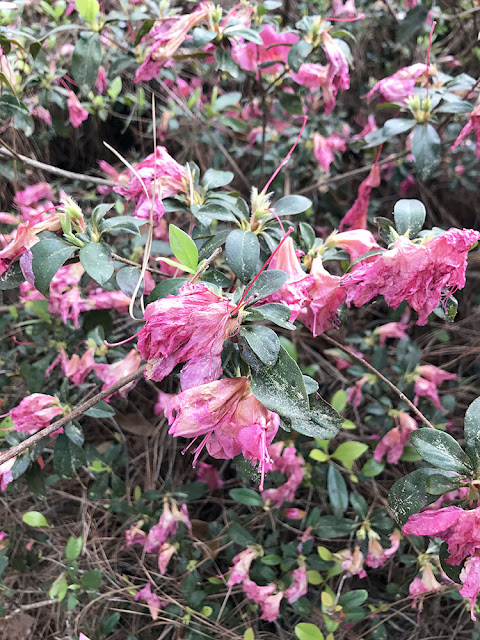 Alas, the cold snap we had withered almost all of them. There are still a few bushes that hadn't bloomed yet and may still (fingers crossed!)

Winter, in general, was not kind to the tropical-like plants on the property. 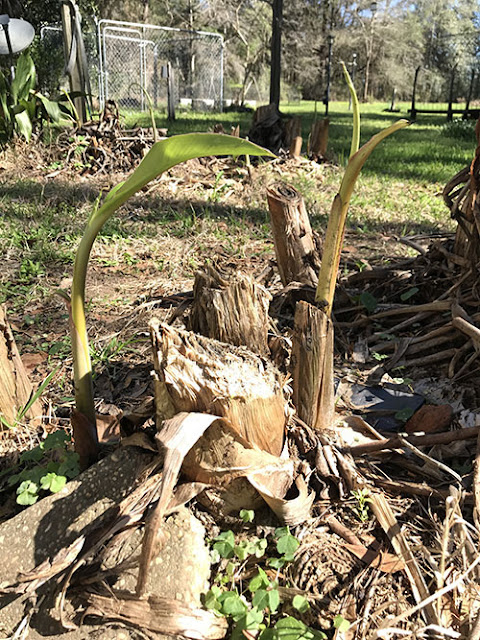 We decided to chop the banana trees down as far as we could, and many of them are already starting to grow back. 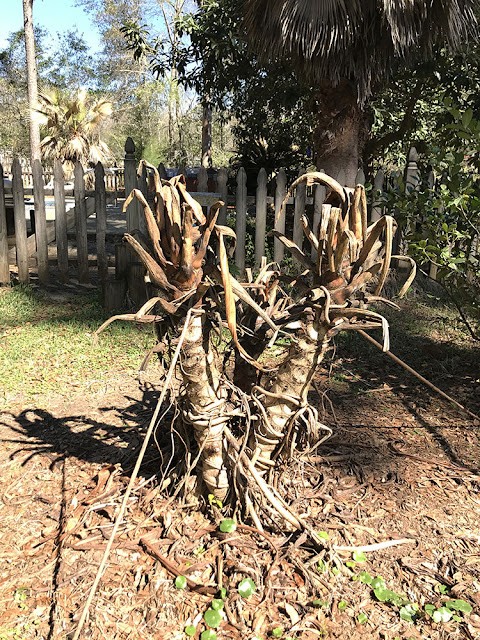 As well, the split leaf philodendron was in a sad, sad state. Again, we trimmed the dead leaves off as we did last year. This particular bunch amuses me as the roots make the plants look like they're tethered to the ground. But if you look close... 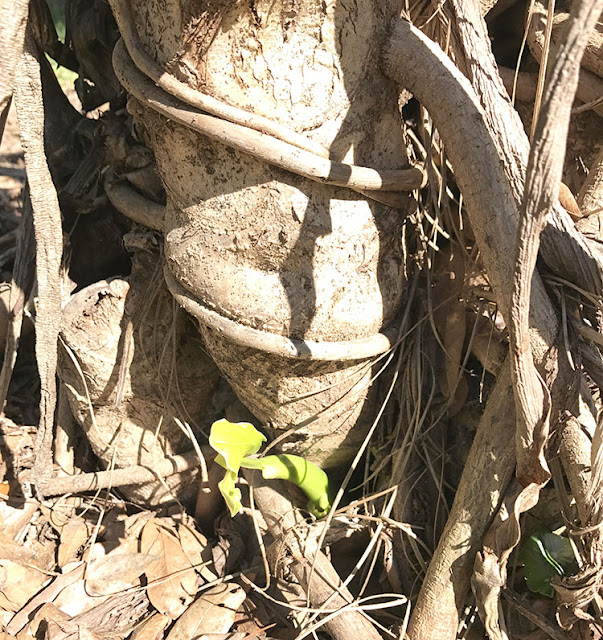 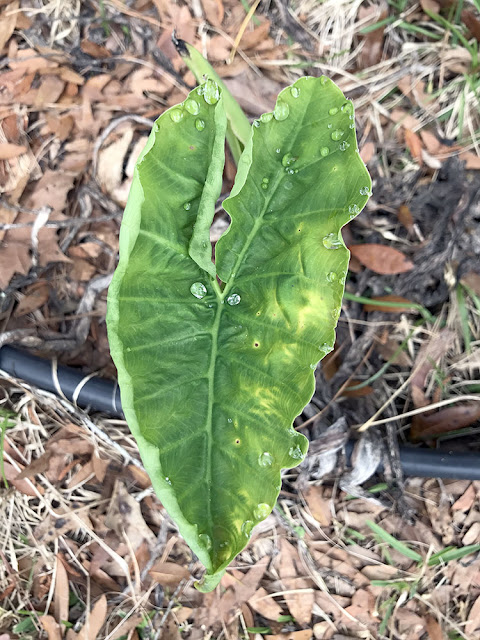 Elephant ears are also quite delicate and withered as soon as winter began. They're coming back quickly. This one, in particular, caught my attention as the water droplets really give it an appearance of a real elephant face. Ha! 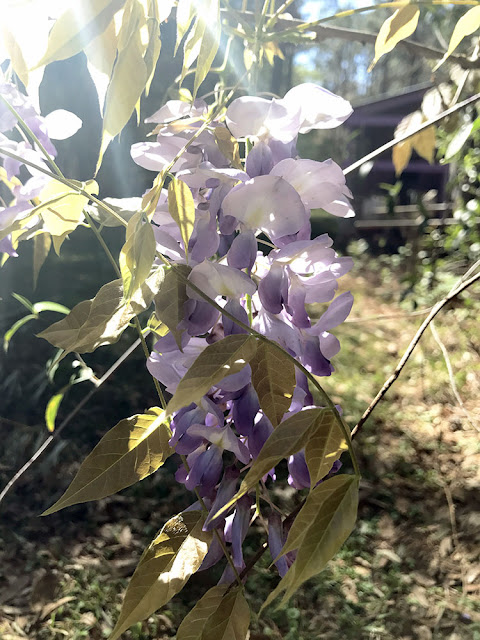 Although I really love the smell and appearance of wisteria, we've done our best to rid it from the property because it takes over.  Our attempts have not been completely successful. Though, this is the only bunch so far that I've found blooming. Isn't it pretty?

Since it has gotten warmer, I've gone ahead and begun planting some seeds to be transferred into the raised bed garden and containers very soon. 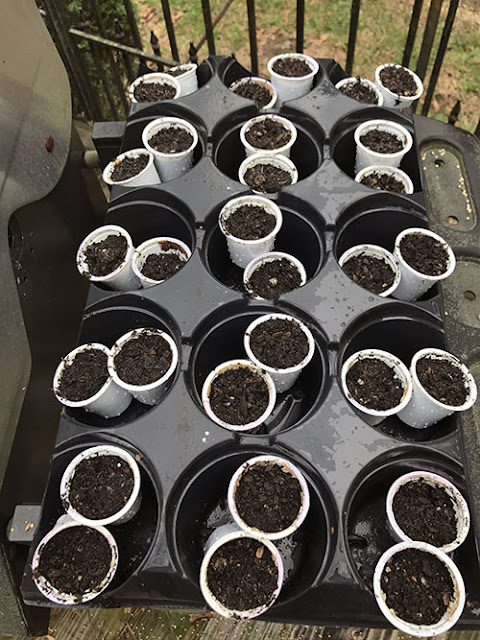 I first started with the seeds I had on hand, planting them in K-cups that I had saved and cleaned. 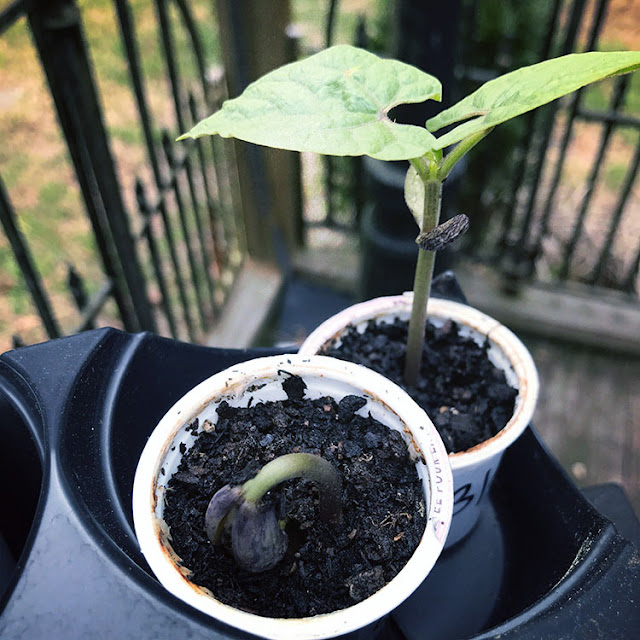 Many of those are just about ready to be transplanted into their new homes. Above are my black beans! 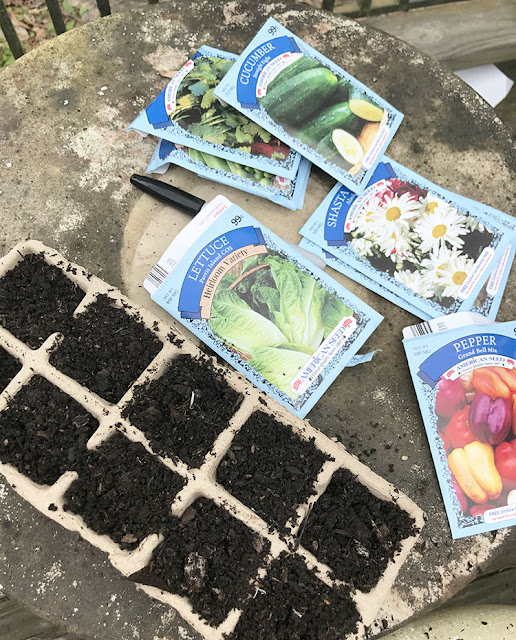 A week or two later, I worked on my second round of seed-planting. 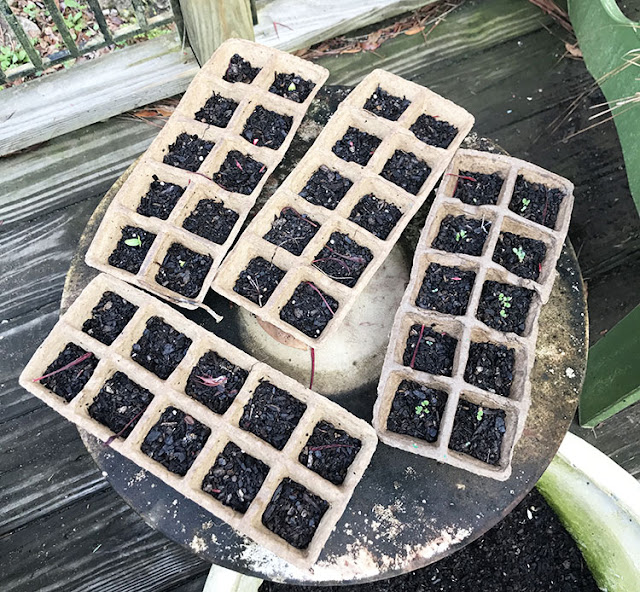 Those have just started to peek above the soil.

That's just SOME of what's been going on around here. In addition, we planted fruit trees, and I've been steadily kicking bamboo in an attempt to keep it from spreading.

And seriously, it's just the beginning of spring. I'm sure there will be more plants and projects to come. I hope Spring is treating you well and that the bad weather spares you so you can get to the warmer weather soon!