As South Alabama freaks out over prepares for the possibility of snow tomorrow, I simply dread the thought and continue on with my usual routine. Alas, the bread shelves at the grocery store were indeed picked over (what's up with that?) and there was a lot more traffic down the aisles. . .including one poor mother who was frantically searching the floor where her son apparently lost a tooth (gah!)

I will admit that I did buy a few more groceries than normal, but only because I don't want to have to head out in the next two days in the cold for something I may have forgotten/need. For now, here's what I plan on us eating this week. 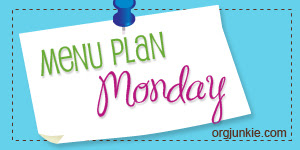 Oven baked corn fritters: I had SUCH high hopes for these. Unfortunately, I didn't follow the recipe exactly. I used wheat flour instead of rice flour and corn starch instead of corn flour (and added a little corn meal as well.) These cooked fine and were completely edible, however both Pat and I agreed that they were missing something. That something could have been as basic as salt. They were slightly chewy and really only tasted like flour and frozen corn. I MIGHT make this again and fiddle with the recipe some more.

Simple sesame noodles: As always, this recipe was a winner for us. I left out the green onions as I didn't have any on hand and will admit that I missed them terribly.

Bowtie pasta with creamy wild mushroom sauce: NUMMY! I kinda hate that we didn't eat more leftovers this past week as I would have chowed down on what was left of these.

Now that I've got all that typed out, I'm STARVING. Maybe a little snack before dinner. . .