It's been a roller-coaster of a week! Take a peek. 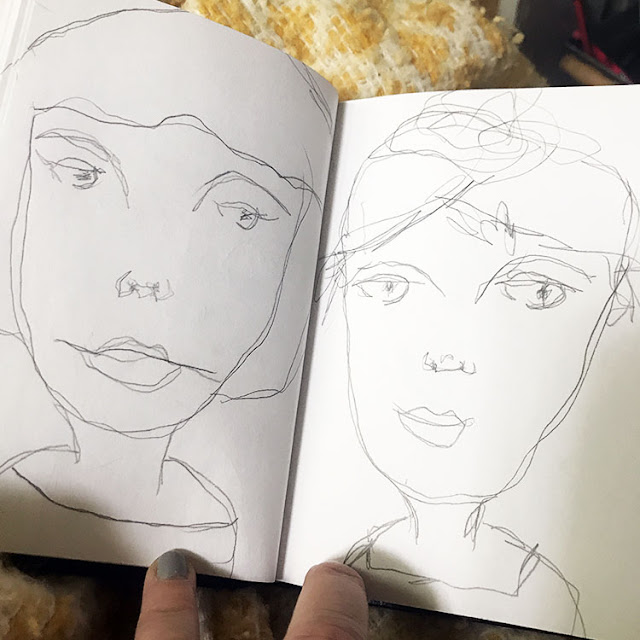 At some point last week, I decided to actually try the technique of drawing with my left (non-dominant) hand. Apparently, it's a method to make you looser and free up your mind. It TOTALLY worked. In fact, I tried switching hands a few times and discovered that I really preferred the sketchy left-hand-drawn results.

I found myself drawing those faces over and over and, it took a while to get motivated to much else on Sunday. I finally broke down and cleaned up the craft room some so that it wasn't making me crazy. Pat worked out on clearing out more of the fallen trees. 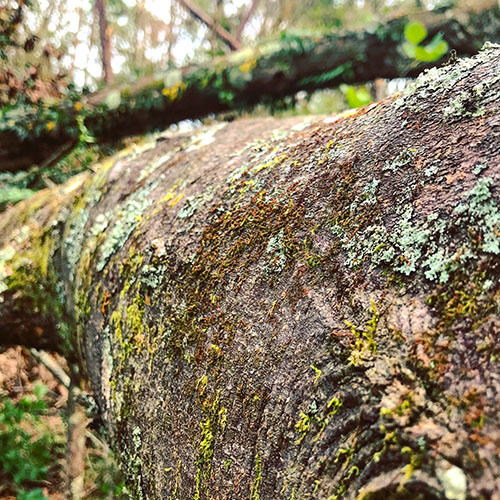 It kills me that this big, old magnolia didn't make it through the storm.

With a clean craft room, I actually accomplished a few things on Monday. And, started on something in one of my art journals. 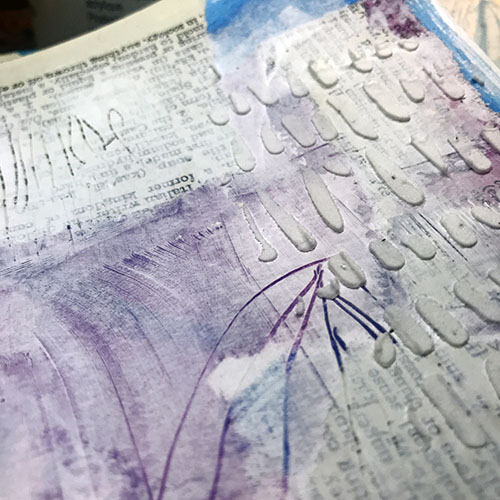 This bit of collage, gesso, etching, and texture paste was just the beginning of the page. But, it kept me busy and distracted as we began frantically watching the Gulf as Delta had us in its cone.

An impending hurricane meant that my mood deteriorated into panic, disbelief, and on-the-verge-of-tears on Tuesday. I distracted myself with chores and got the oil changed in my car in case we needed to evacuate. We also made sure the chickens were fed and watered. While outside, I noticed that the popcorn tree was in the state that gave it its nickname. 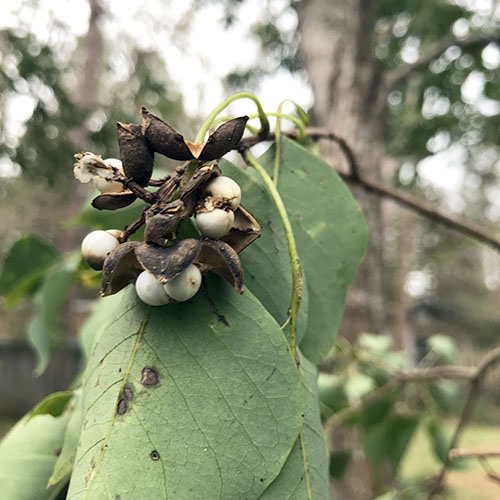 Weird, right?
In the afternoon, I distracted myself by finishing up my art journal spread. 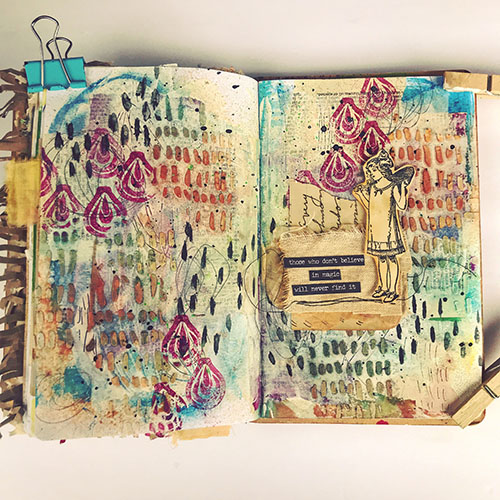 By Wednesday, it looked like we might be in the clear for the storm, though I was concerned about the Louisiana residents that have just suffered through Hurricane Laura. But, knowing we were likely safe helped me relax a little. I turned my attention to business and took a few new items up to the booth at Southern Antiques and Accents. 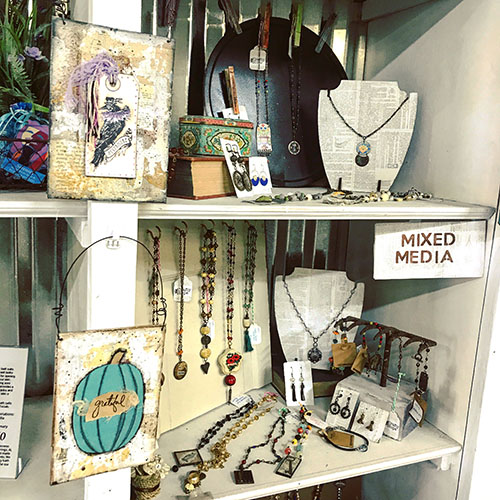 And, I had the itch to carve a couple of stamps and try punching their impressions with a circle punch. So, I did that too. 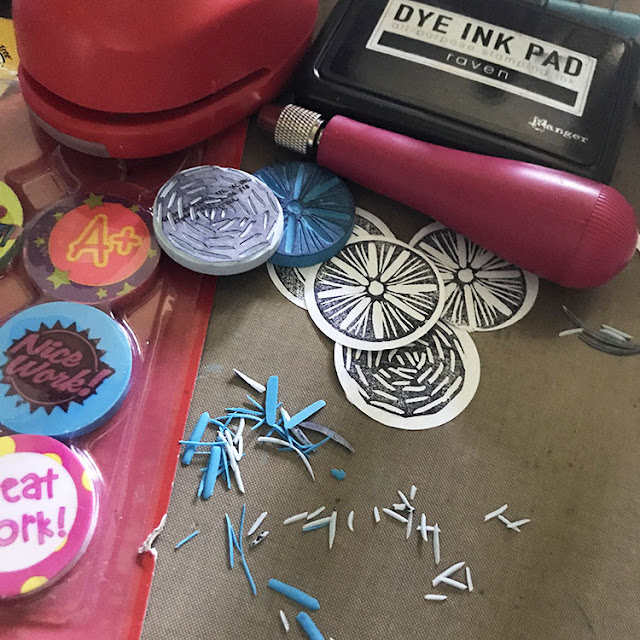 After that, I focused on actually making jewelry for the rest of the afternoon.

I awoke Thursday with the inspiration to combine watercoloring and collaging with tissue paper. However, I made myself wait until I finished all the pieces from Bead Box 9 to try it out. Before making dinner, I played with the idea. 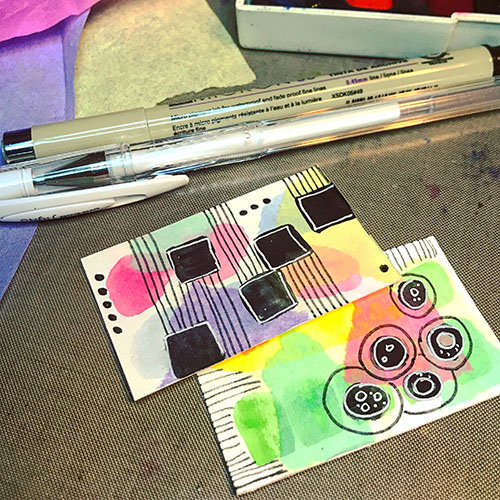 This isn't exactly what I had in mind, but pretty close!

Getting jewelry pictures taken had been on my to-do list all week, but that's part of the reason I made myself finish the bead box. I knew it was supposed to rain Friday afternoon so I took advantage of the overcast morning to finally get that knocked off the list. 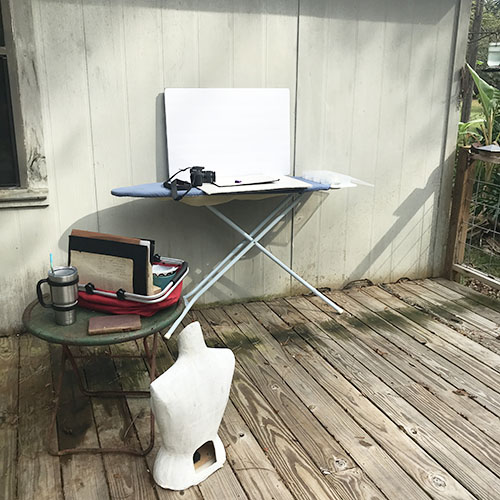 After that, I did a few chores that just had to be done.

Saturday was super lazy. I was pretty much home alone all day as Pat had a gig and the niece was out of town. We got one of the bands from Delta that morning. 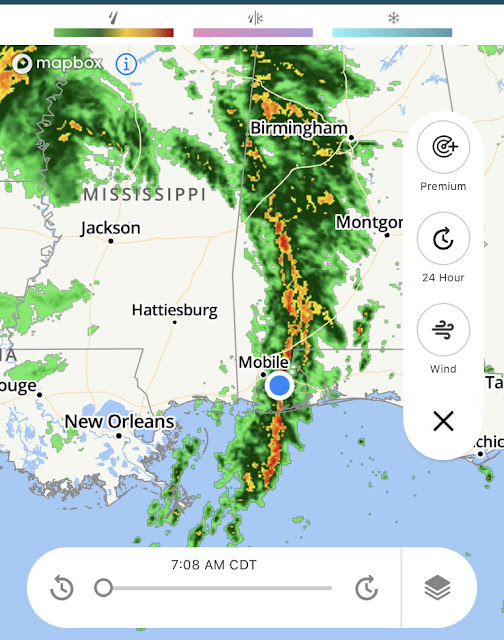 And, for the rest of the day, I simply puttered around the house doing a little art and watching college football. My main obsession was making these doodle roses that I learned in one of the Life Book 2021 Taster Sessions. 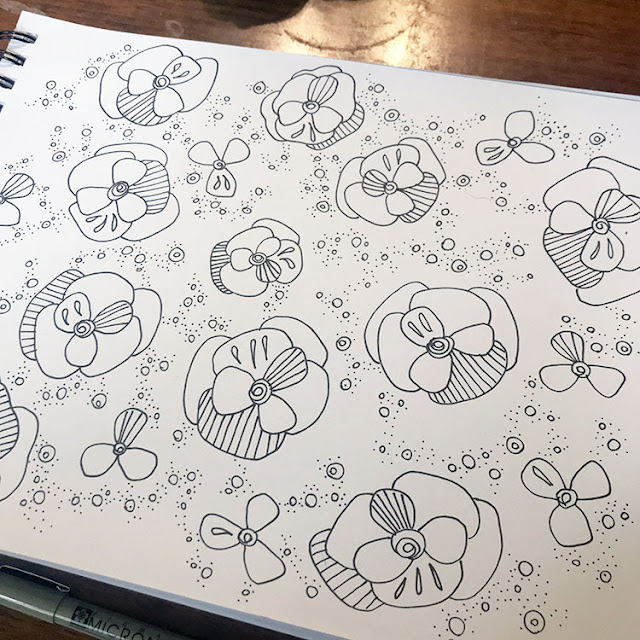 Pat made it home just a bit after the kickoff of our Alabama game. It was a hard-fought victory over Ole Miss, and we were exhausted after watching it. So, that ended our week.

I'm happy I'm starting to find my creative mojo and hope I can gear it toward more jewelry-designs soon. Here's some inspiration to get your creativity flowing.

And, that's it for the week. I'm pleased with how much I crossed off my list last week and only hope that I can stay motivated this week also. But, I'm already running behind. Here's wishing you a week of inspiration and motivation too.
at October 12, 2020
Email ThisBlogThis!Share to TwitterShare to FacebookShare to Pinterest
Labels: art, art journal, hurricane, inspiration, nature, photography, SAA, silverlox, stamp carving