There was definitely a bit more creativity this week as I've been looking more toward getting inspired and accepting change. 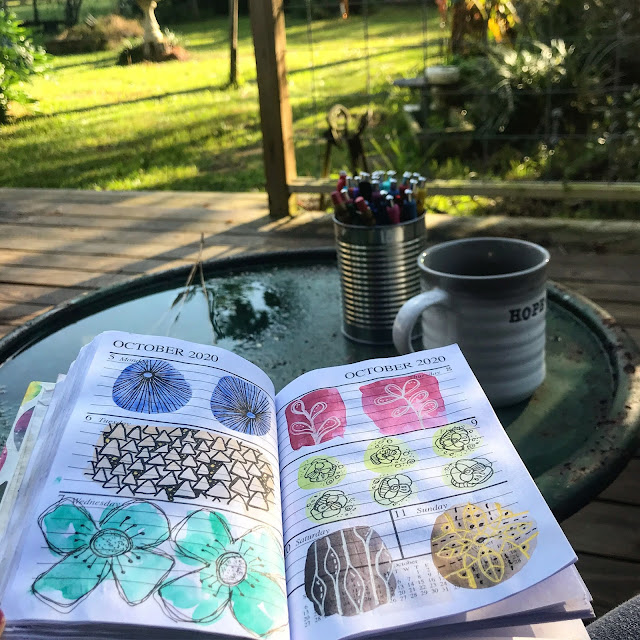 Sunday began as most of my days do, in my little daily doodle book and in my bullet journal.

From there, I helped Pat clear more of the debris in the yard, and this guy appeared. 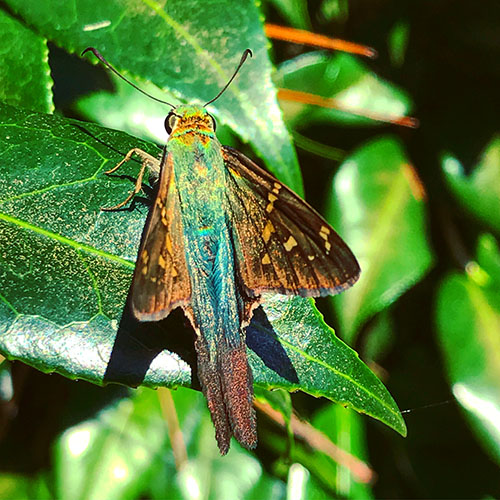 He helped me remember that everything evolves from some sort of change. Losing trees, a building, and Pat's studio space has been rough, but it's also given us the opportunity to change our landscape into something that is more us and meets our needs better.  So, I'm coming to terms with it.

Monday was our anniversary and (like all celebrations this year) was super low key. As we're starting to feel the change in the weather, we woke to a foggy morning. 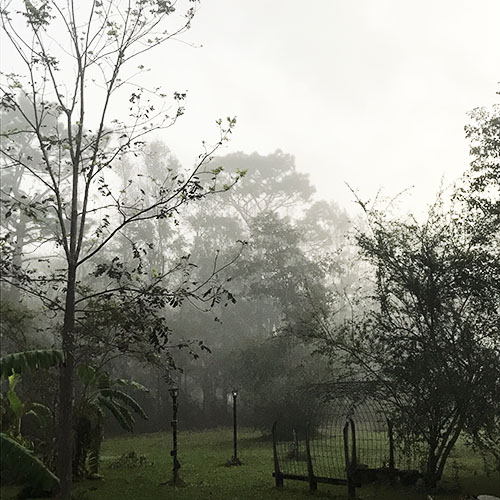 Since it was also a holiday, I  didn't bother with my usual Monday errands and chose instead to take care of a few business tasks and brainstorming.

I even went back to look at last month's Honey Do List from Sarajo as I had had an idea for that one before everything went sideways. So, I played with a lucite flower and some alcohol inks to see what they would do together. 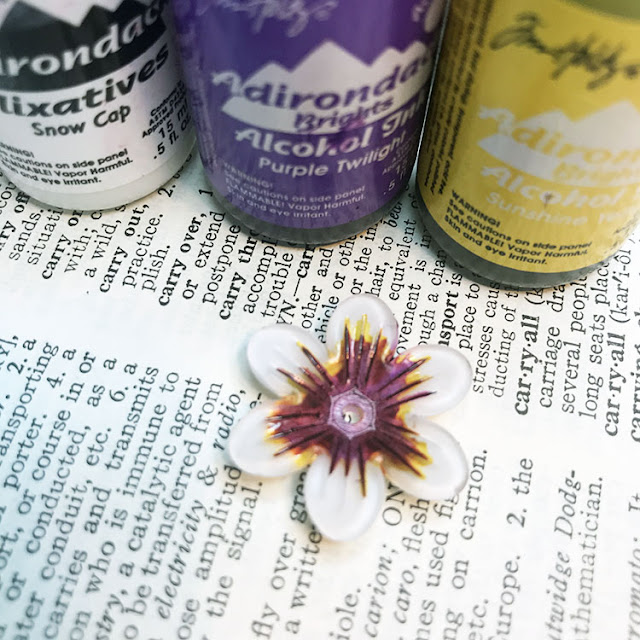 I'm not sure what I'm going to do with that little flower, but it was good to make something new.

For our anniversary, we ordered take-out Mexican. It was nice not to have to cook. 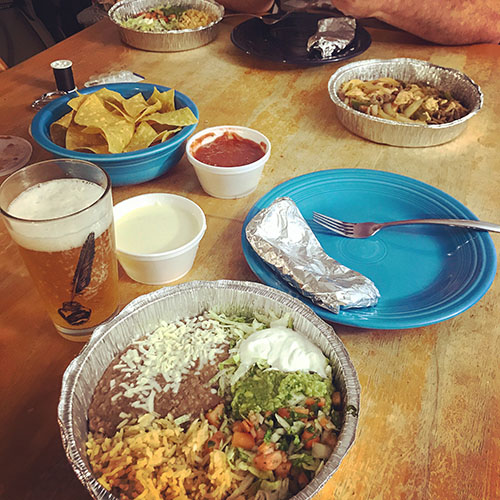 I was off and running on Tuesday. I started the day with the errands I had neglected the day before. But, I had to stop and admire the variety of pumpkins at the farm market. 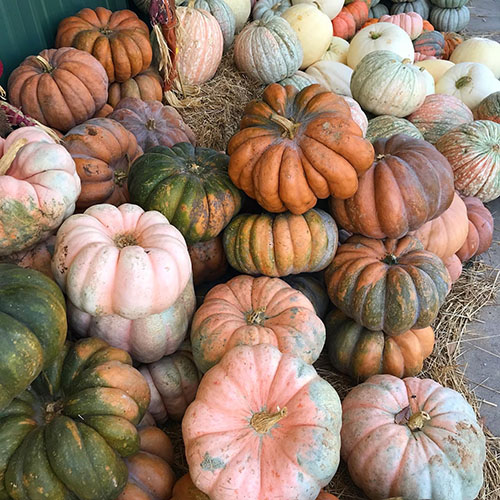 In the afternoon, I worked on making some beaded bookmarks for the new orders I received. 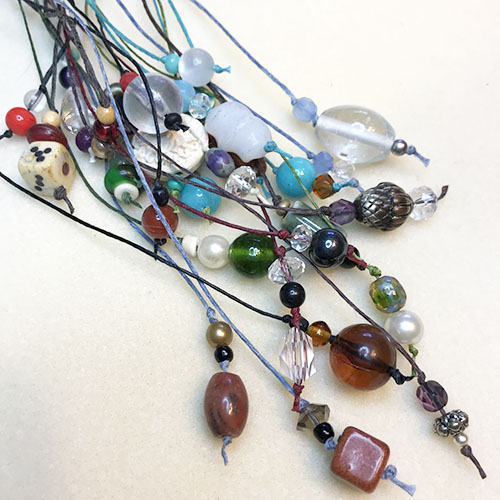 Once those were done, I turned my attention to a Halloween project. 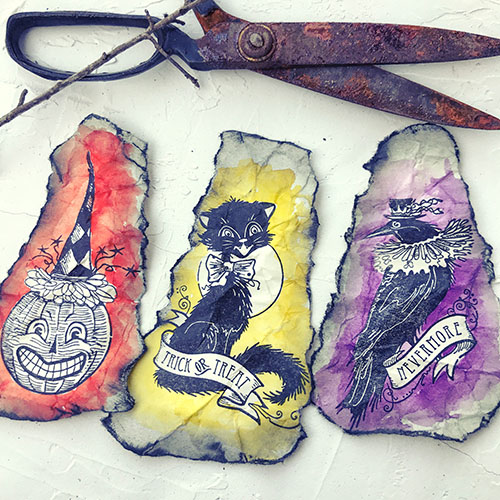 I hope to share the process and results next week!
Much of Wednesday was spent on the above project and packing up Etsy sales.
Thursday was all over the place! I managed to dip into my art journal for a bit, but it was as chaotic as I felt. 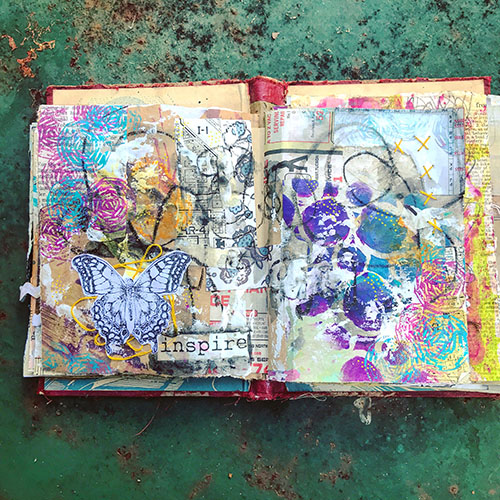 Zoe and I took a walk down the road to look for wildflowers. I've seen loads of big bunches along some of the main roads, and wanted to see if I could find some on my own. I lucked up. 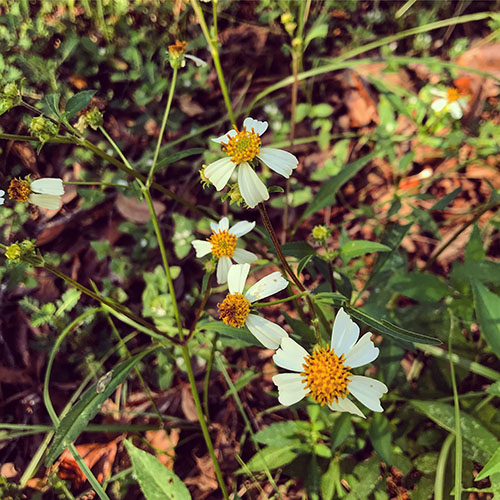 I felt like I needed to try to get some jewelry made, and worked on a design. 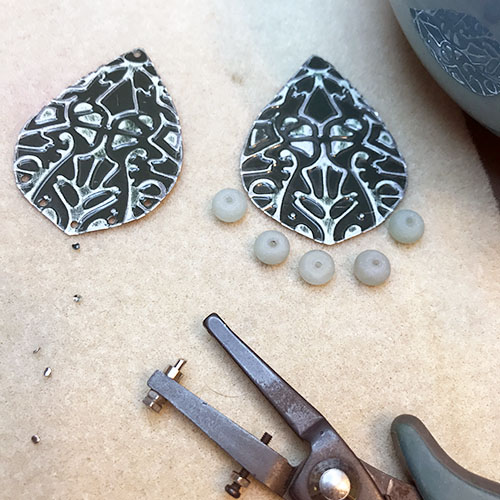 My niece in Mobile was scheduled to get her senior portraits done Friday afternoon. Since I was the one taking her, I decided to head over and visit a little before we went to the studio. 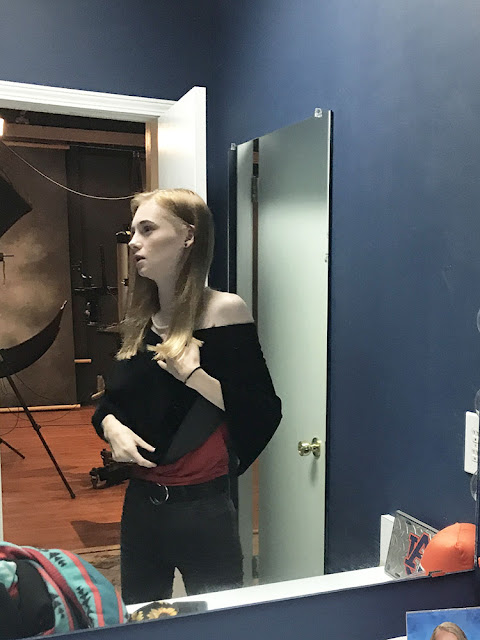 (Don't tell her I posted this. She'd kill me!!)
I rose before the sun on Saturday. 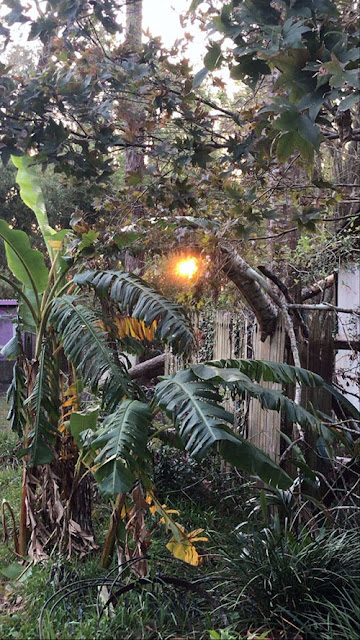 After finding all the wildflowers on Thursday, I felt the need to do a batch of eco-dye prints and busied myself with collecting flowers while Pat worked on more tree removal. 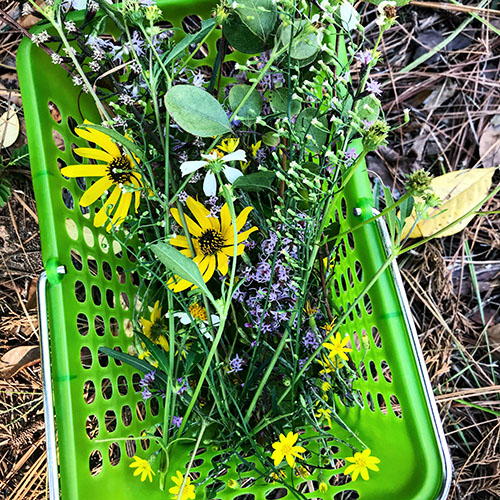 I also busted out an art journal page that felt a little more put together since I decided to stick with a monochromatic theme. 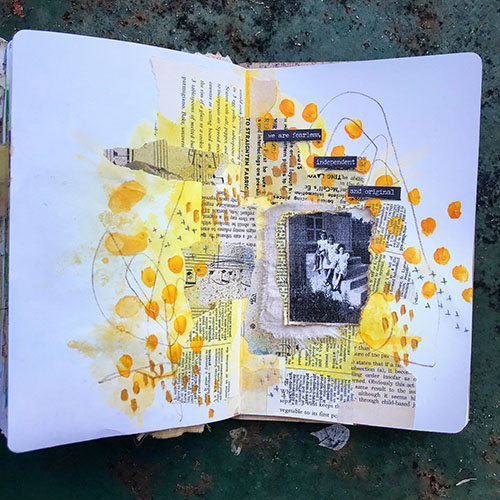 That evening, we watched the Alabama vs. Georgia game with a friend to end the week.
It's been a beautifully inspired week. Here's some inspiration for you!
And, that's how my week went. It's my birthday week so I'm hoping to make the most of it. But, we'll see. I hope your week is full of all kinds of happy!
at October 18, 2020
Email ThisBlogThis!Share to TwitterShare to FacebookShare to Pinterest
Labels: art, art journal, flowers, halloween, inspiration, jewelry making, LOML, nieces, silverlox, week in review