It's been a full-spectrum of emotions kind of week. Let's start with last Sunday. I mentioned the extra hour in the day thanks to Daylight Savings. It made the day feel full of possibilities. 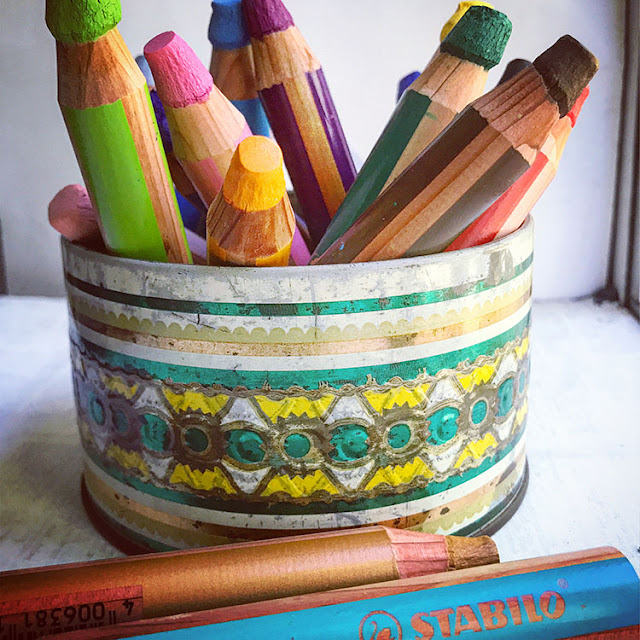 I had taken a little of my birthday money and treated myself to these Stabilo Woody watercolor pencils that I've been wanting for a few years now. They come organized in a box with their own little compartments, but I found it hard to get them out, so I threw them into this old tin and just love how they look in it.

Pat needed to take care of a few things up at the recording studio, so I went with him and worked on last week's post while he tidied up. 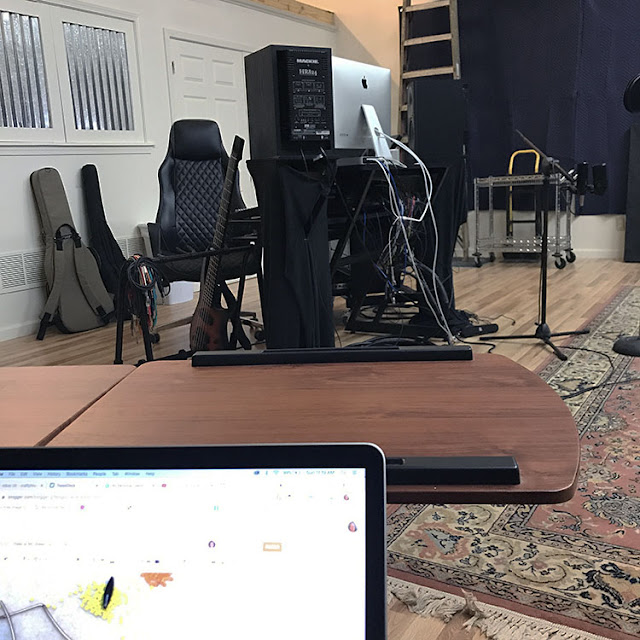 From there, we jumped right into "Puppy Fun Day" and took Zoe with us as we went to explore a couple of new locations for disc-golf baskets. 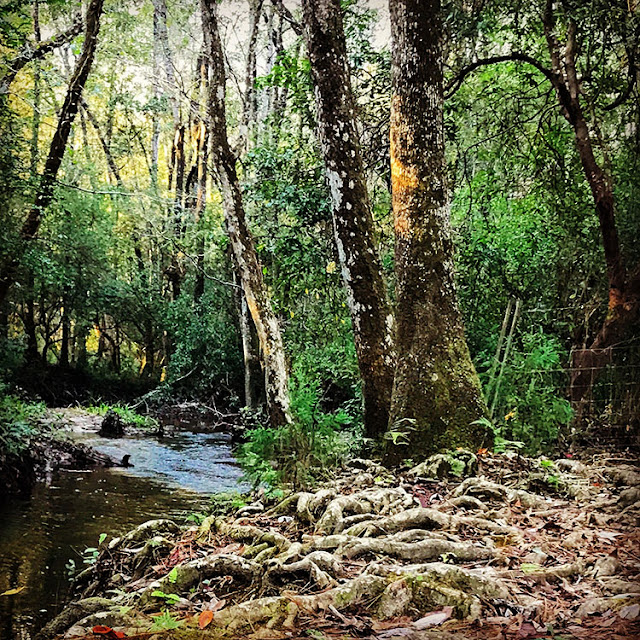 The first 5-basket course was in a little park that has this creek running alongside it. Before we headed to the next course, I had to snap a picture. There were at least five families with photographers up there getting their family pictures done. It was a madhouse, but the beauty of the location is undeniable. The next course was a little less picturesque but also less crowded. It was nice to get out in the cooler weather.

I realized a few hours later that the time change also meant that it got dark an hour earlier. Yeah, I'm not a fan. But, that also sent us to bed a little earlier and rising a little earlier. So, I decided to take advantage of that and spend some time outside with morning reflections while swinging on my new porch swing. 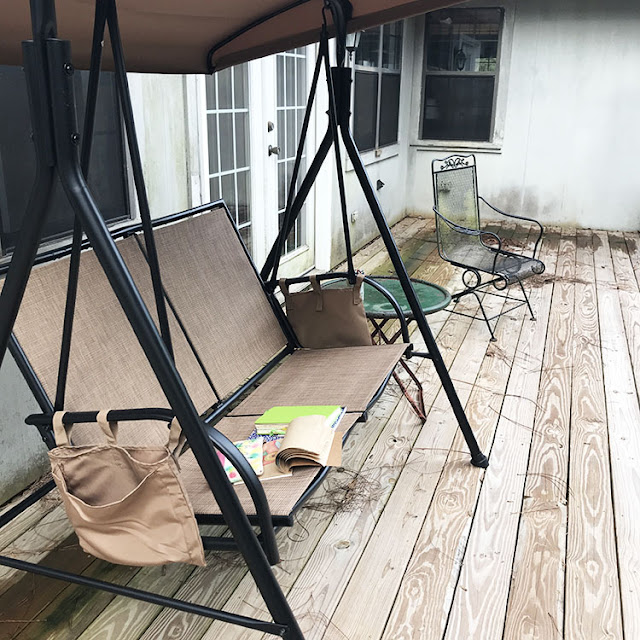 I've done a pretty good job of getting out there each morning to take in the new day, organize my head, and enjoy the outdoors. I hope I can keep it up. It definitely feels like it's helped me focus on what I want to accomplish each day.

I knocked out my errands and chores on Monday and tested out a new recipe that evening. 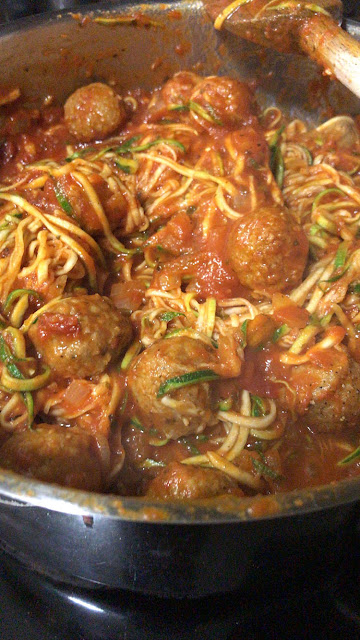 This One Pot Zoodles and Meatballs recipe was really simple. And, we FINALLY tried Zoodles (zucchini strips that mimic/replace noodles). I learned that this recipe made far too much for the three of us so I would probably half it and just use ground beef instead of the meatballs next time. But, there will likely be a "next time". So, there's that.

I was up and out on the porch on Tuesday morning. 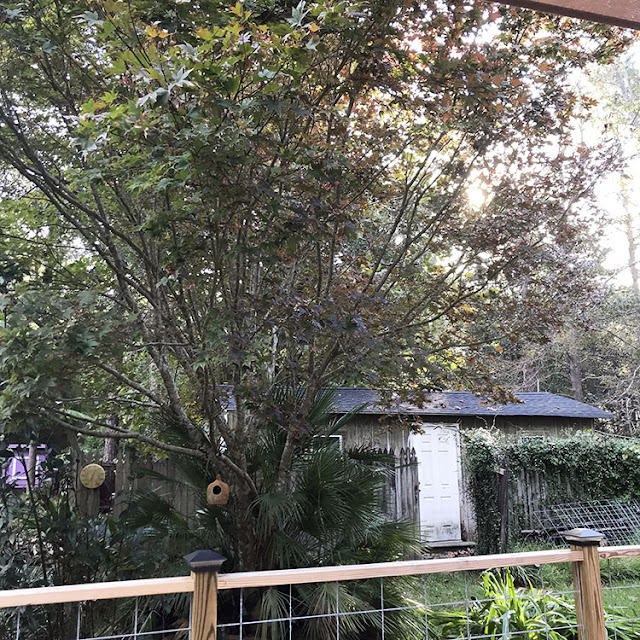 I do love that view!

I finished up some projects and ran a few errands before I realized that I looked like this. 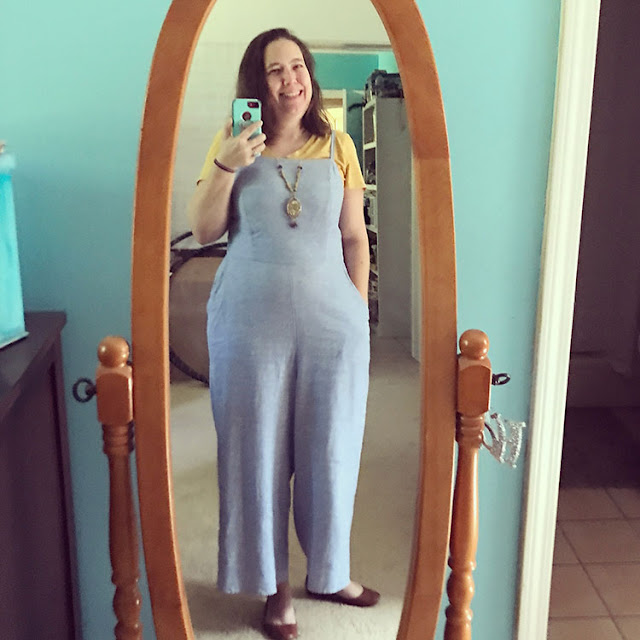 The outfit I thought looked so cute also looked like a Minion. If I hadn't mentioned it, I'm sure no one would have thought of it, but it cracked me up to no end, and I didn't bother changing clothes.

My grandmother had an appointment on Wednesday morning, but that didn't stop me from spending a few minutes outside in reflection and doodling first. 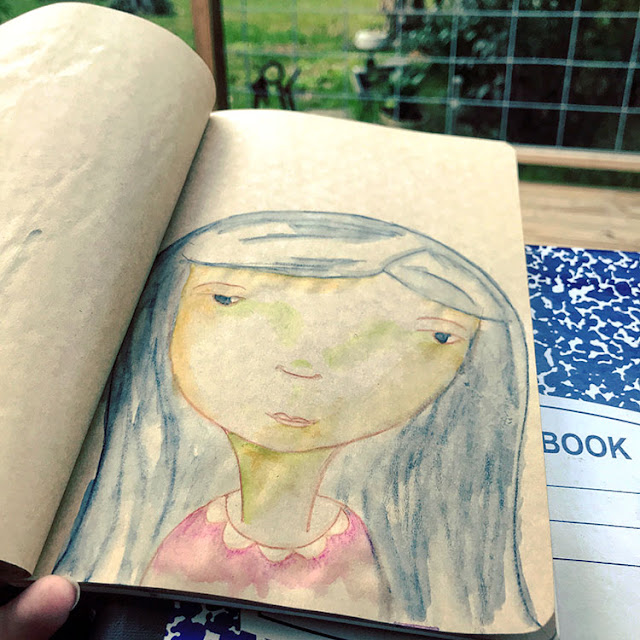 Usually, Wednesdays at my mom's house get away from me. But, I was determined (somewhat) to accomplish something. So, I worked on getting a few videos edited for YouTube. 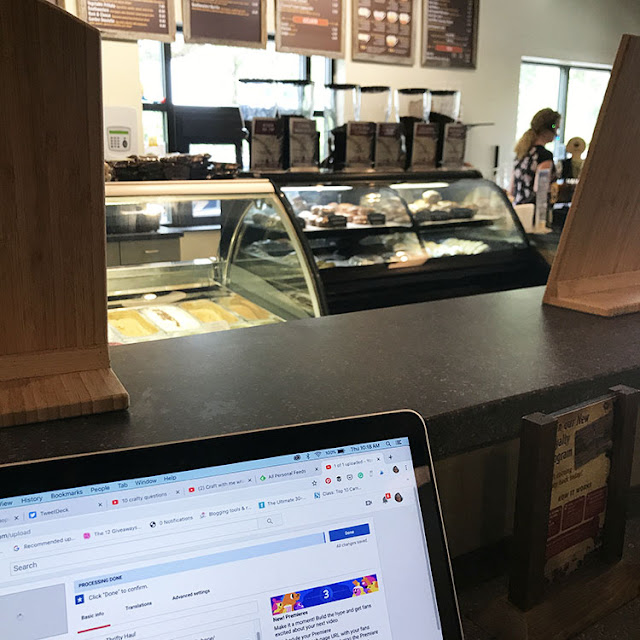 Back at home, I started the intimidating task of cleaning and organizing the craft room. 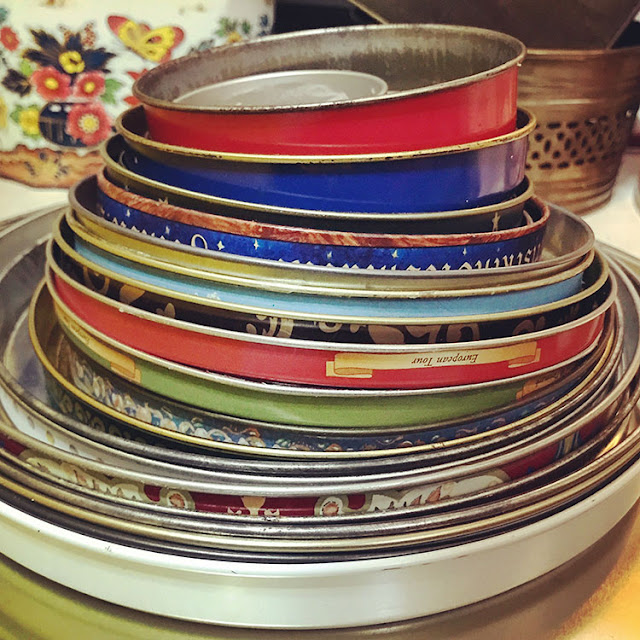 My pile of tins to be broken down was out of control and made it difficult to get to other supplies. So, I took some time to stack them within each other with the lids off. Then, I stacked the lids within each other. There was something so satisfying about this stack of round lids.

Unfortunately, that was all the photos I took for the week. As I worked on the craft room more on Friday, we heard emergency vehicles heading down our dead-end street. While we still don't know what's happened, we're fairly positive that both of our elderly neighbors are no longer with us. I hope to get more information as the week progresses.

I had lunch downtown Fairhope with a couple of girlfriends on Saturday before watching the Alabama vs. LSU football game. It was an emotional roller coaster of a game that Alabama ended up losing. I have to remind myself that we can't win them all.

Today, I'm working on processing the events of the last couple of days and looking forward to a class I'm taking this afternoon. I'm sure I'll have more to say about it next week.

Despite the highs and lows of the week, I did find some inspiration to share:

Wow, that's more than I thought I found this week! I hope this past week has treated you well and that the week ahead is full of magical moments.
at November 10, 2019
Email ThisBlogThis!Share to TwitterShare to FacebookShare to Pinterest
Labels: craft room, craft supplies, food, football, friends, jellyfish, meditation, nature, organization, outdoors, personal, pets, week in review, work