As soon as I saw that the theme for this month's Art Elements Challenge was "octopus", I was in! First off, I already had a piece designed (not made, yet) that incorporated an octopus pendant, but I also have a love for the underwater creature itself. 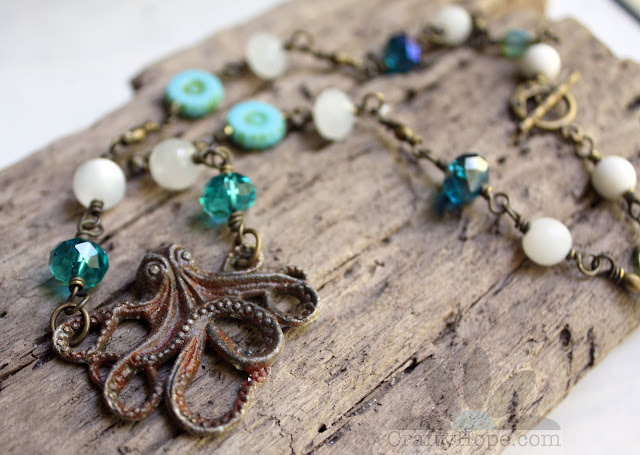 For one thing, they're extremely intelligent. As well, octopi have mad skills. Not only do they have several extra sets of "hands" (who among us hasn't wished for that?), but they also have the ability to camouflage themselves. So cool!

Anyway...I've had this altered pendant from Dry Gulch for a good while now. It finally made its way into my Bead Box 6 last month. 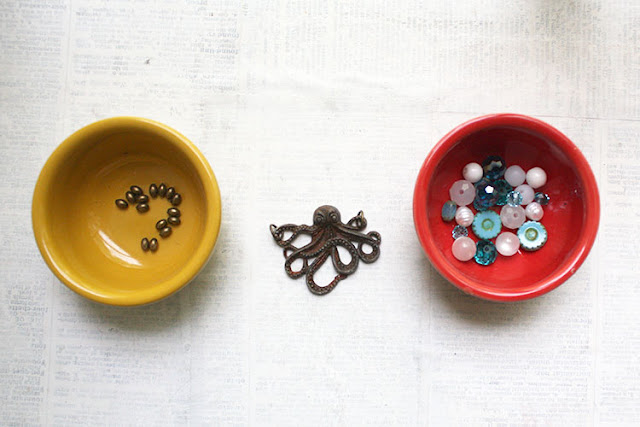 As serendipity would have it, Claire chose this magnificent creature as this month's theme. I was all set and motivated to finish the necklace I had already designed. BAM! 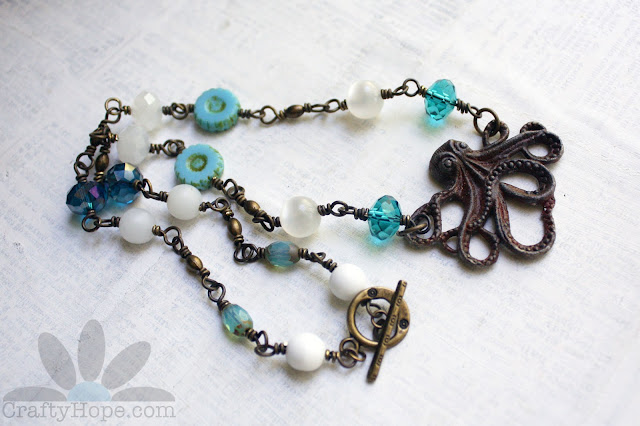 I kept the palette of beads simple, choosing aqua blues and white to give a nod to the water in which the octopus lives. Antiqued brass beads were also used to pull in the metal of the pendant, though it has been altered with a rusty patina. That patina gives the pendant a sunken treasure feel. Yum.

I really could have left it at that, but it felt like cheating since it was a project I already had underway. Initially, I had hoped to complete an assemblage piece like I did with the flowers theme last month and the owl theme in February. Alas, I simply didn't have the time. Instead, I pulled together a quick art journal spread using an octopus stamp I found I had. 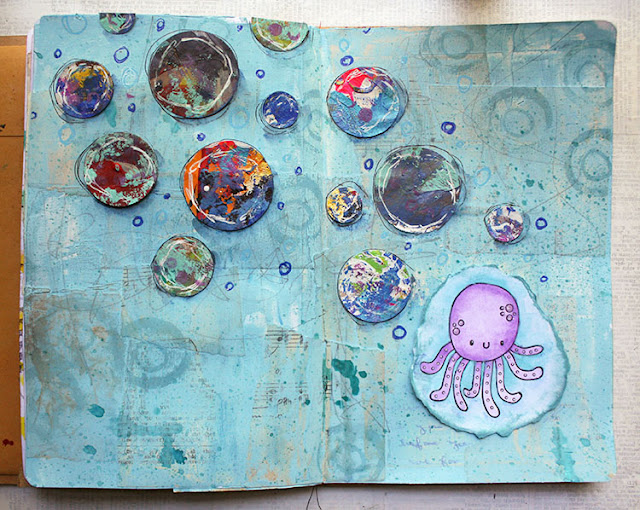 Those colorful circles are supposed to be bubbles... It was more about me playing with the supplies I had on hand than anything else. 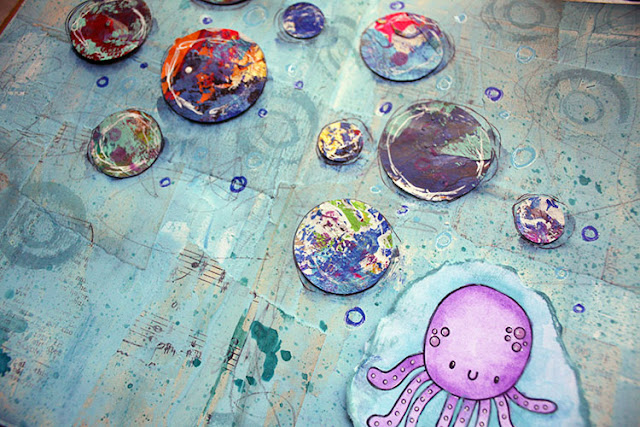 And, I recorded a video so you can watch me create my Octopus Bubbles Art Journal page.
Don't let me keep you though, this is a blog hop and there's a ton of more octopus-inspired art for you to enjoy. (You can always come back later and watch the video, I'll understand!)

Thanks so much for stopping by and thanks to Claire for a great theme!
Labels: art jewelry elements art journal challenge reveal
CraftyHope
I’m a jewelry-artist, treasure hunter, & nature-lover that finds joy in the smallest things. I hope to spread that joy and inspiration.