Once again, my thrifting game was a little off over the month. Not that I didn't try! Somewhere toward the end of July, I bought a cheap rag-rug for the sole purpose of taking it apart. Several of my art friends had done this before and found a bounty of beautiful fabrics. So, I paid the five bucks and proceeded to un-weave it. 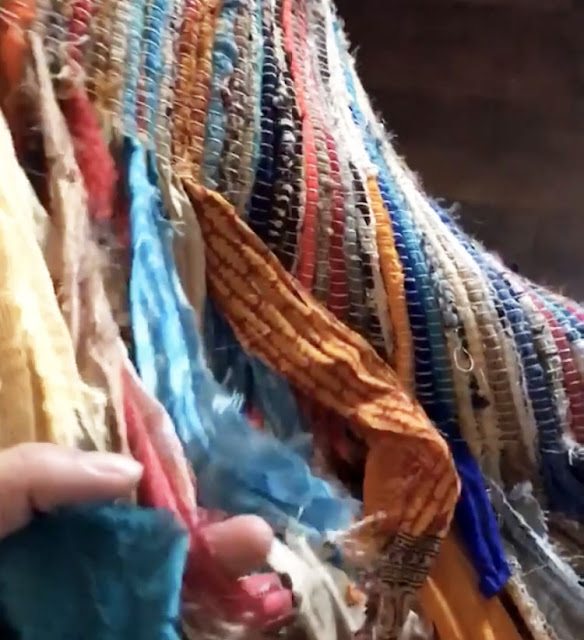 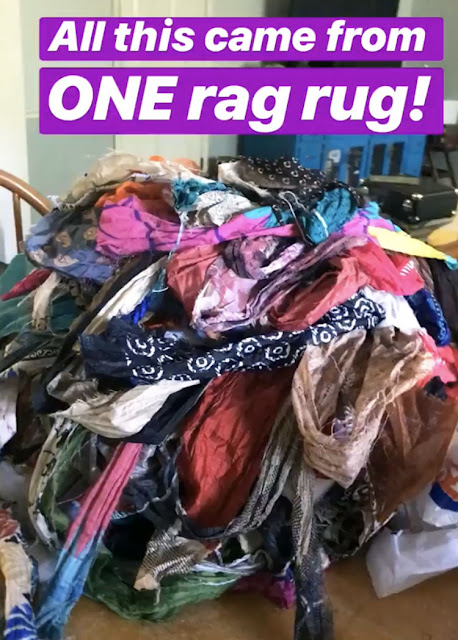 Most of the fabrics were sheer and silky, but there were a few that weren't. It definitely looked like they were remnants from other projects that were upcycled into the rug. Now, I'll upcycle them into something else too! First, let me show you some of the variety in the cool patterns on the material. 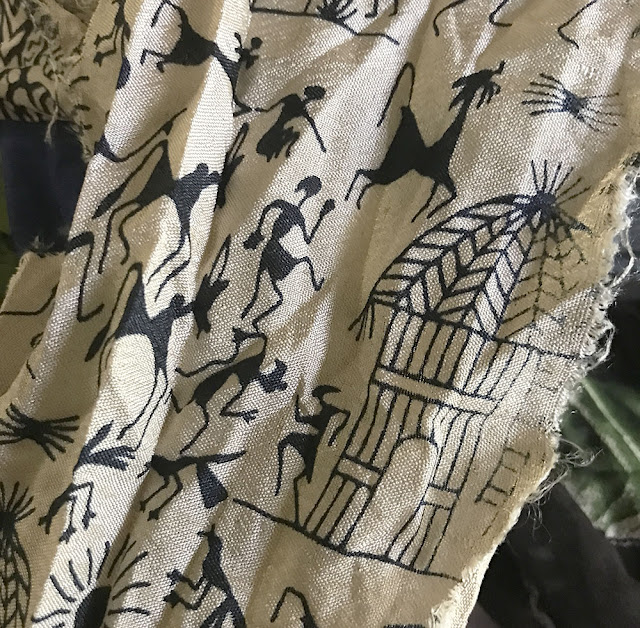 Quite a few of them had these little "people" images on them. It makes me regret not keeping the packaging so I would know the origin of the fabrics. Oh well. 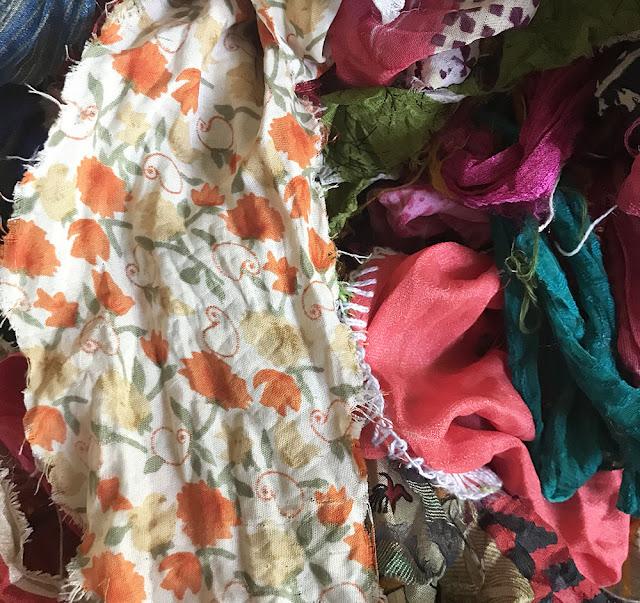 Loads of the fabrics had floral designs on them. 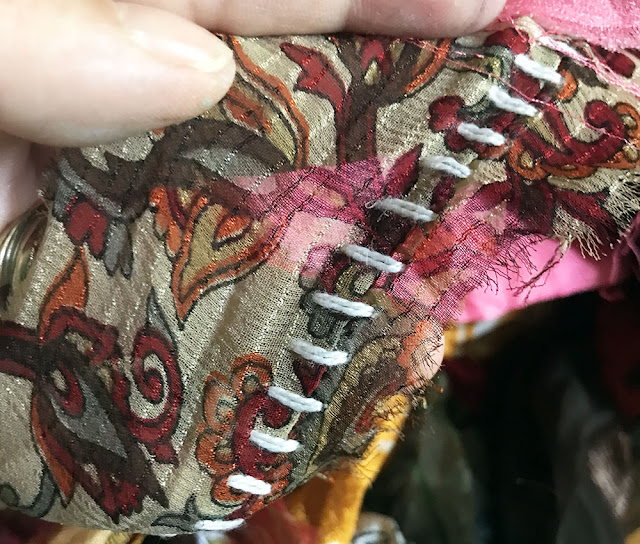 And, some had large stitching on them like this.

So much fabric came off that one rug, my husband was concerned about how I would store it all. But, since the fabrics were all lightweight, they were easy enough to stuff into a smallish medium plastic bin. It just barely snaps shut. 😂 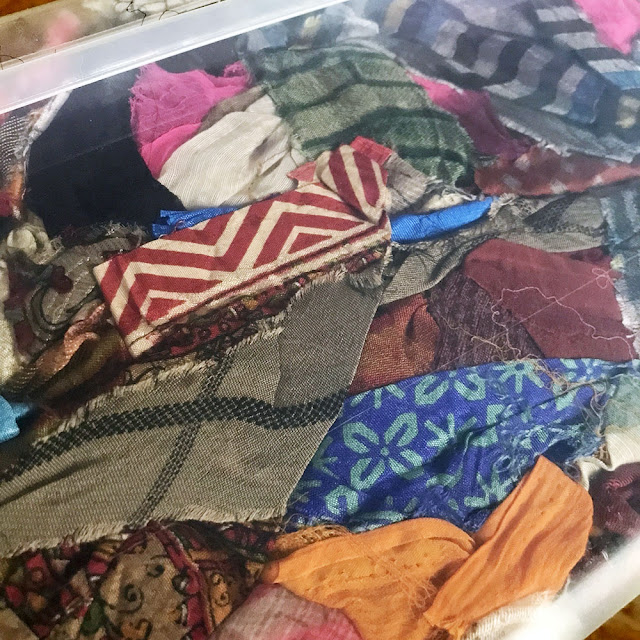 Now, what I'll do with all of these...I have no idea. But it was such a fun project to take on. Each fabric I unraveled was a new surprise!

Pat and I also went to an estate sale toward the end of the month. While he didn't find anything there, I found that the owner was a crafter and was getting rid of EVERYTHING! Fortunately for us, we hit the sale on the 6th and last day when everything was 75% off. I racked up! 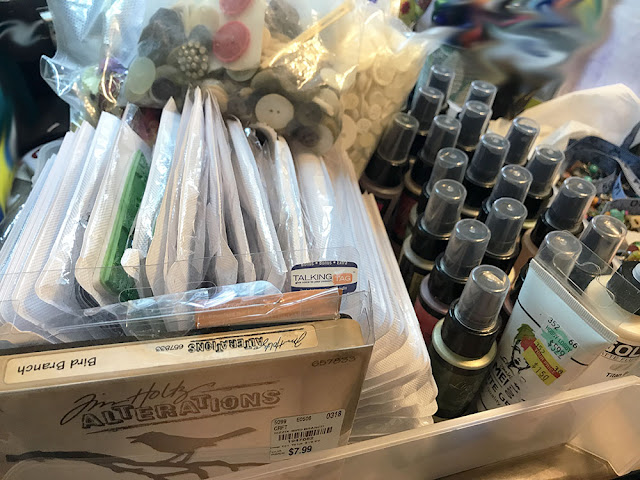 As with my previous thrifty posts, I recorded a video of my July Thrifty Haul to give you a closer look at the treasures I was able to bring home.
Did you see all that!? I can't believe the deals I was able to get at that estate sale.

I've already picked up a few items for August, so I can guarantee that there will be a thrifty post next month. Have you scored anything for a great deal lately?
Do you need any scrap fabric?
Labels: thrift scores thrifting thrifty
CraftyHope
I’m a jewelry-artist, treasure hunter, & nature-lover that finds joy in the smallest things. I hope to spread that joy and inspiration.