It was almost the middle of April before I saw the Art Elements Challenge for the month. However, as soon as I saw the theme of Repurposing, I knew I had to participate. Finding a new way to use objects and incorporating unusual materials into my work is the heart and soul of most everything I  make. Seriously, just look through this blog or my Etsy shop and you'll find loads of repurposed items. And, it didn't take me long to decide what my actual project for this challenge would be but finding the time to do it was harder than I expected. I crammed working on it in the last couple of days, and am surprised how well it ended up coming together. 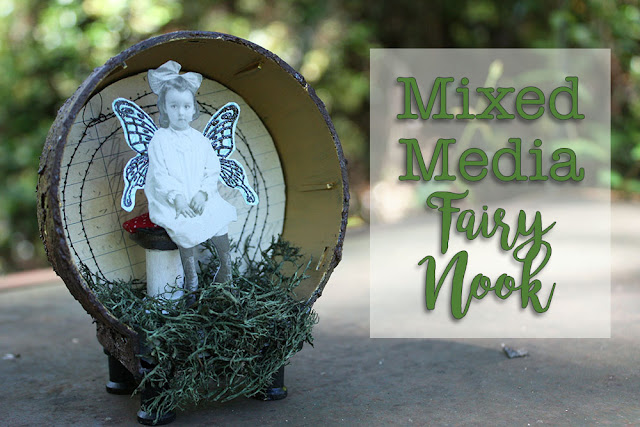 Some time ago, I picked up an old, plastic alarm clock at the thrift store. I immediately took out the battery-operated innards knowing that I could use the main structure as some kind of shadowbox. 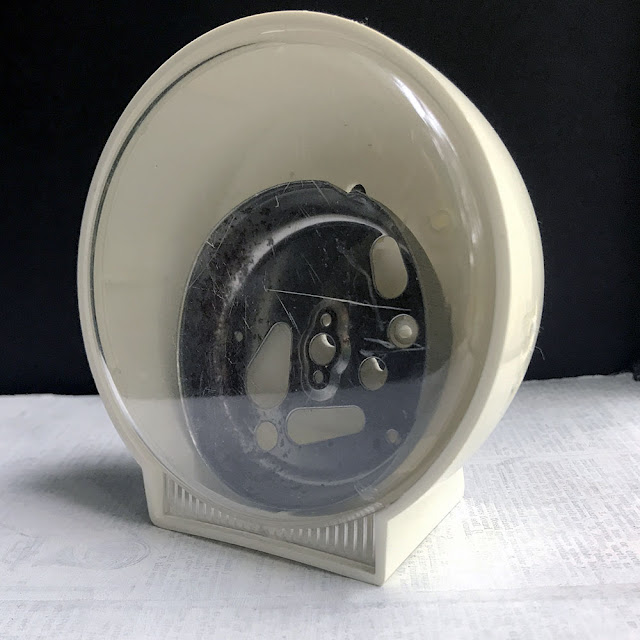 But, it sat in my stash until I had the inspiration to proceed. This challenge was just that inspiration.

If you're interested in watching all the pieces for this mixed media fairy nook come together, I did record a video (big surprise!) of my process.
However, I'll also walk you through the steps I took as the video is a little choppy since I was trying to ensure that it wasn't too long. And, there was a lot of jumping back and forth on the steps to allow for dry time.

I started by spray painting the whole structure black just to have a base. Alas, the paint stayed sticky on the plastic, and I ended up just painting acrylic black paint over it. While I was at it, I also painted four small wood spools black to use as the feet. 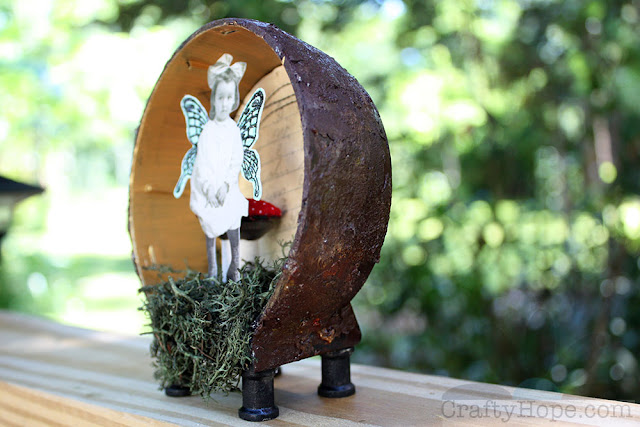 After that, three different texture pastes were applied to the outside of the structure. I had hoped to make it look like rust with layers of paint, but instead, it looks more like tree bark. And, that's okay by me.

To cover the back of the piece, I cut down a cracker box to the right size, coated it in gesso, and glued on some old paper with handwriting on it. After that, I used my sewing machine to give some sketchy black lines around the edge. 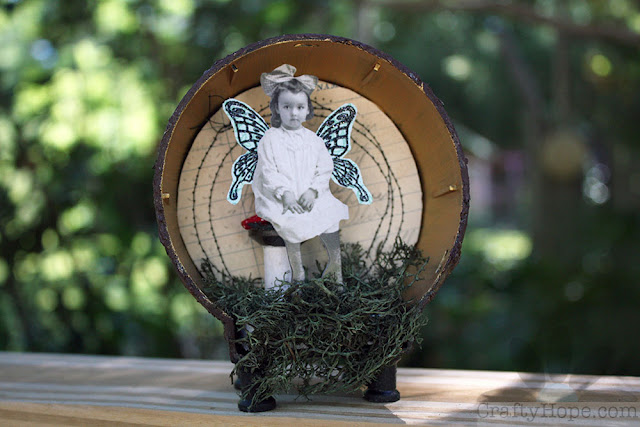 The inside of the clock structure was painted gold to give a bit of a magical glow to the piece and allow it to reflect light.

A larger spool was painted with gesso and a little brown paint. It was topped with a small tuft of red and white fabric to make it resemble a mushroom. 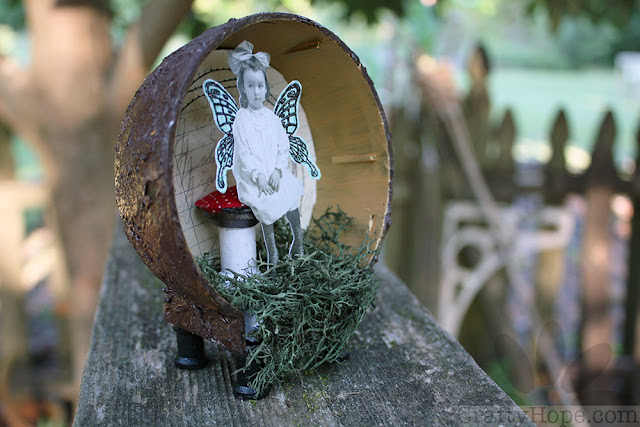 The fairy was created with a Tim Holtz paper doll. A butterfly stamp and embossing powder on scrapbook paper were used to make her wings.

For the base, I stacked two layers of foam core and glued them inside the clock. The mushroom spool was glued to the foam core before moss was added. 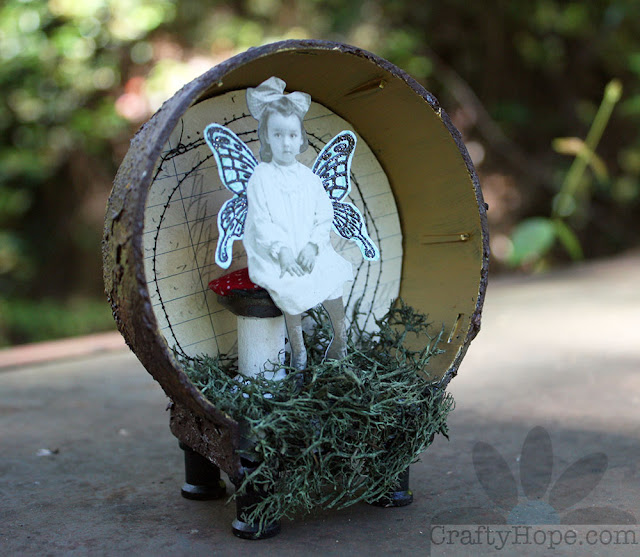 I simply used Aleene's Tacky Glue to stick everything in place.

It's a shame that it took me so long to get started on this because once I got the ball rolling, it really just fell together. 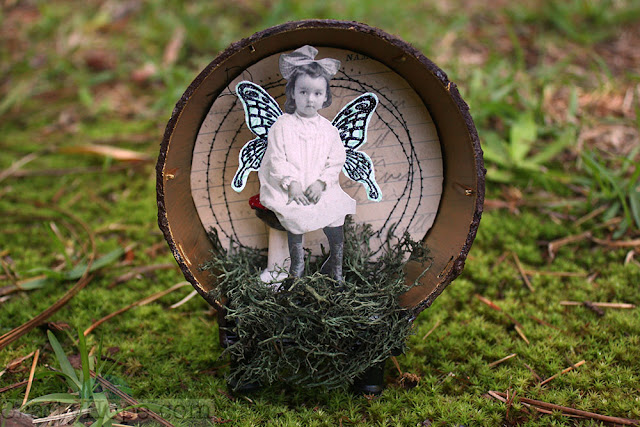 And, I LOVE HER!! I could probably have added a few more touches: maybe some flowers. But, the simplicity really lets her stand out.

I would have liked to have made a few more projects for this challenge. However, since most of what I make is repurposed, I think it'll be okay. I'm busting at the seams to see what the other participants made for this theme. Make sure you hop around and take in the art created for this challenge. I'm sure it'll be super inspiring.