Another week has slipped away. I tried to fill each day with some creativity and inspiration. 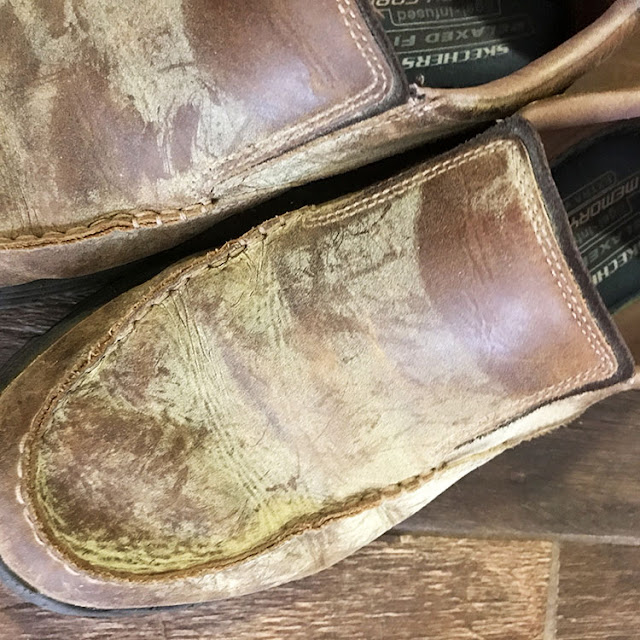 Last week I mentioned that Spring was well on its way in our neck of the woods. Above are Pat's shoes after taking Zoe out Sunday morning. That yellow stuff on his brown shoes is POLLEN! Everything's blooming and just about everyone with allergies (including me) is suffering from it. I did get a bit of work done both CraftyHope and the new job on Sunday before we watched the Oscar's.

We had waffles on Sunday, but the batch made too many for just the two of us. On Monday, I took the leftovers out as a treat for Bertha and Ethel. 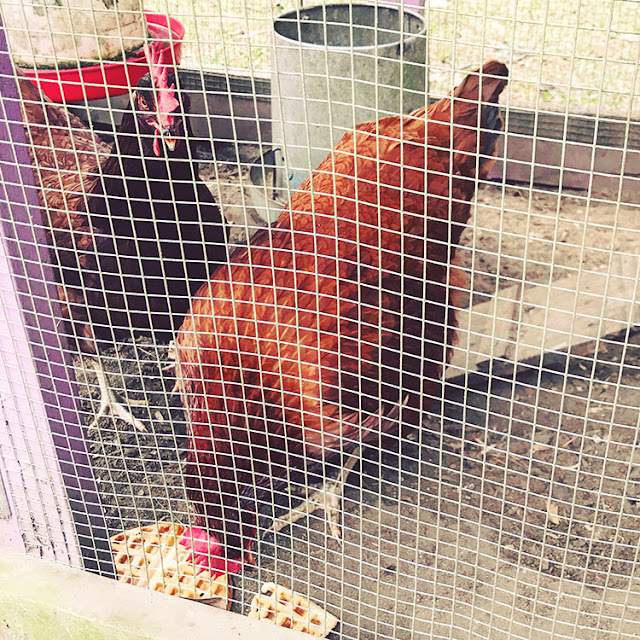 The Chicken and Waffles reference had me giggling.

Zoe's movement has been limited lately, so we've been sure to give her extra snuggles to make up for it. 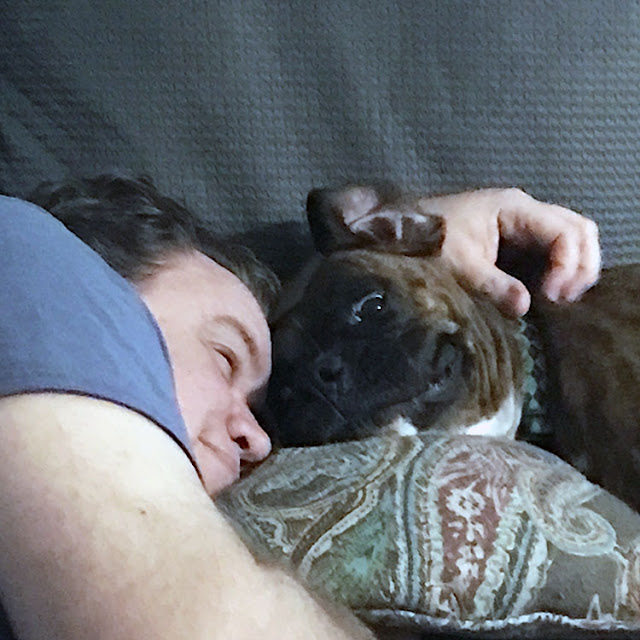 It's not completely working. Do you see the crazy in her face?

I've shared so much about the other pets and Leeloo's health lately, I feel like Rosalina's not had much of a presence here. 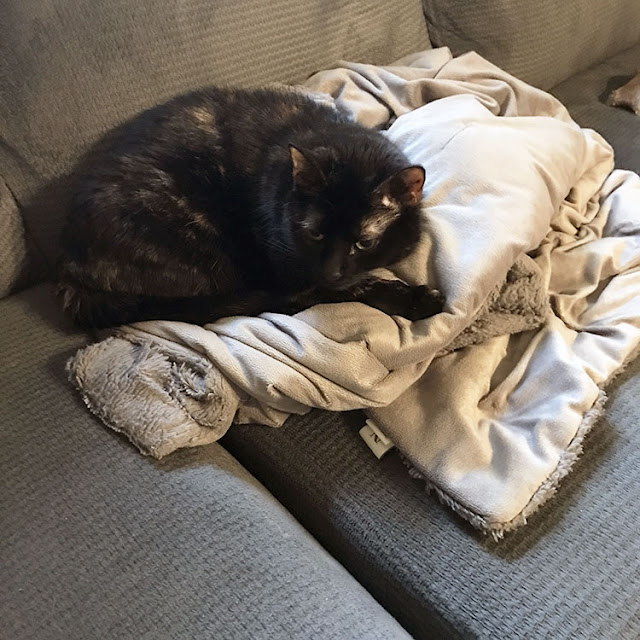 Did you even know we had another cat?

Wednesday was a beautiful day, though I spent it at my mom's. I did get a picture of her Japanese Magnolia/ Tulip Tree that's also begun blooming. 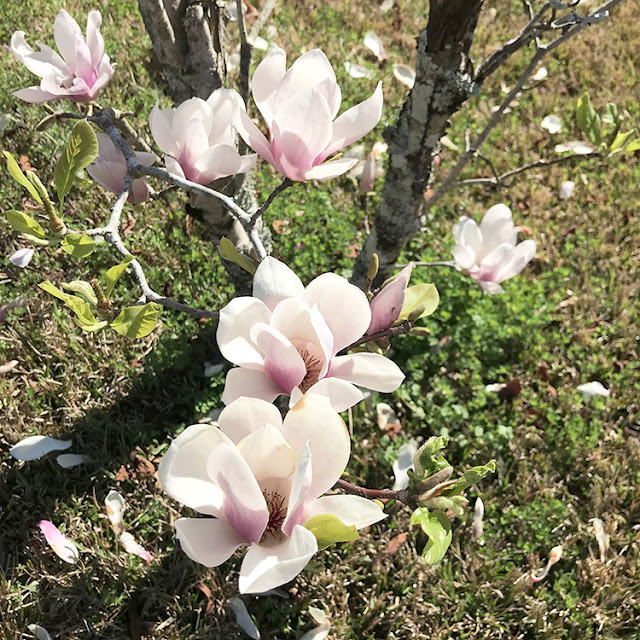 On Thursday, I got to share a project I've been itching for everyone to see. 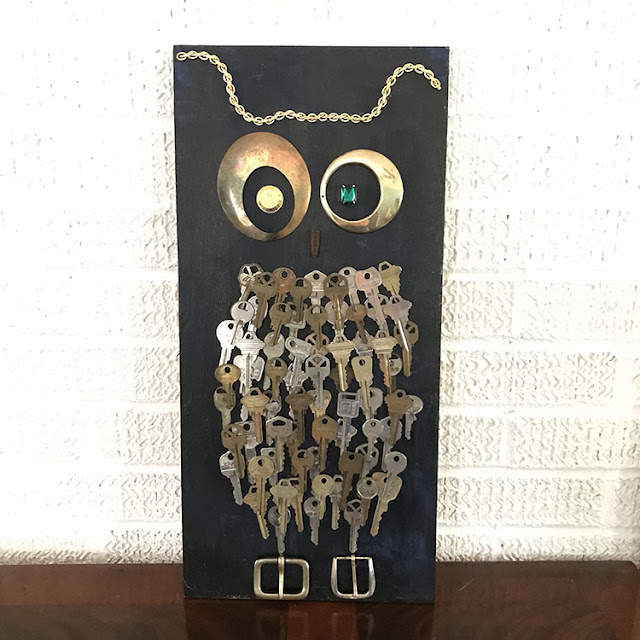 This Assemblage Owl was part of the Art Elements reveal. I've collected little bits of treasure for ages and was able to work in some of those pieces that haven't made into my jewelry. I'm giddy over him.

It rained on Thursday and some of the pollen began to pool. But, the flowers sparkled. 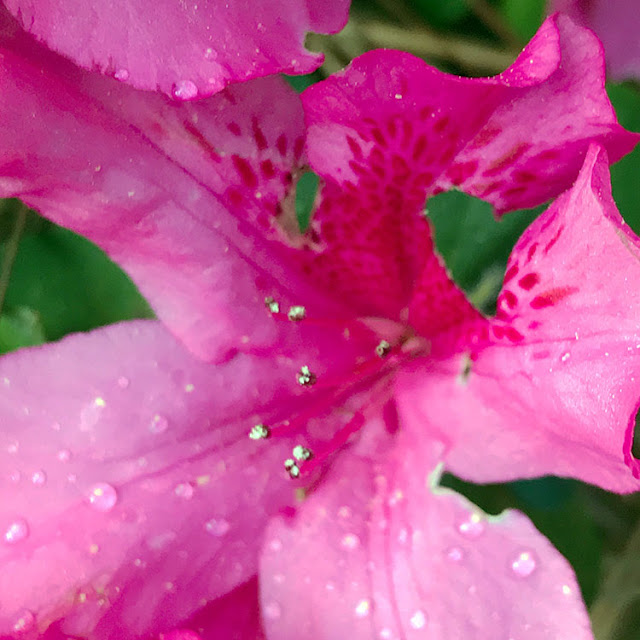 The azaleas have almost completely popped.

Friday began a new month. And new challenges and goals are to come with that. 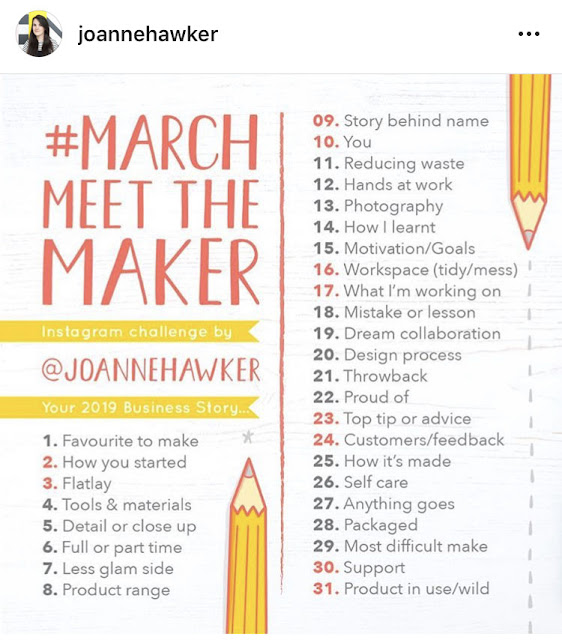 I discovered #MarchMeetTheMaker from @JoanneHawker on Instagram and am enjoying the prompts so far.

That evening, I headed back to my mom's so we could go to the Crewe of Columbus parade to watch my nieces march with their High School Band. 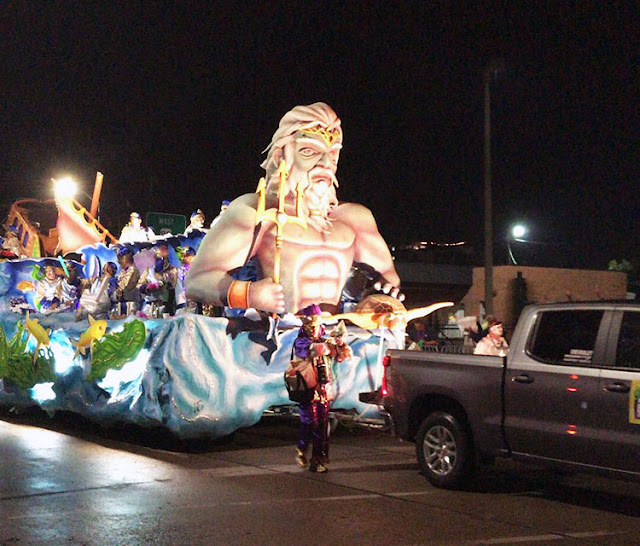 Alas, I only got video of them - they go by so quickly. But, I did get this picture of King Neptune on one of the floats.

Saturday was a full day of work - at least it's fun, artsy, mess-making work! 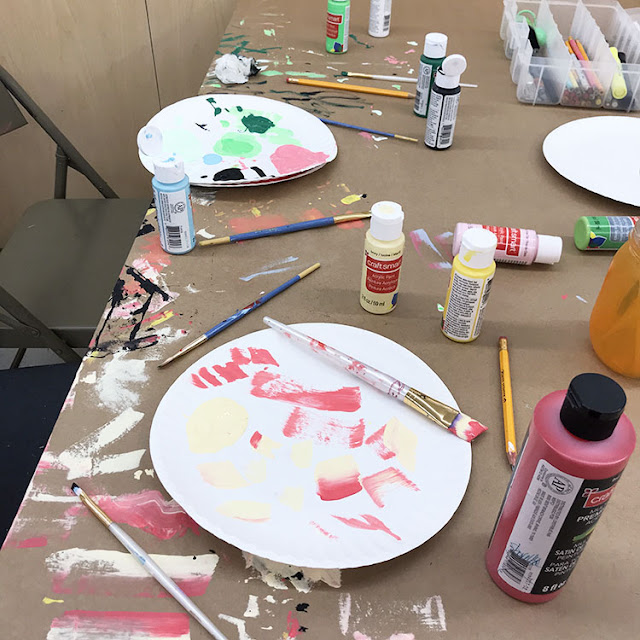 After work, we had friends over. They brought dinner, and I helped them with a jewelry project. 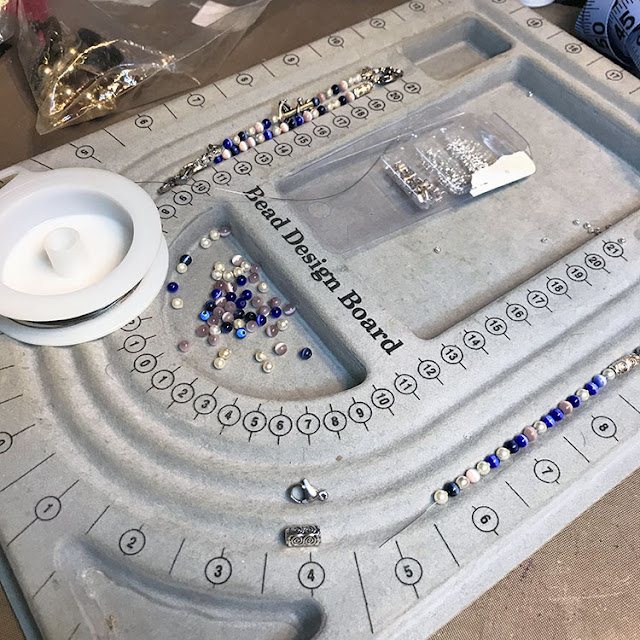 And, that finished out my week.

As always, I won't leave without sharing some inspiration with you.

A new week had already begun. I better get to it. Here's hoping we both really rock it!
at March 04, 2019
Email ThisBlogThis!Share to TwitterShare to FacebookShare to Pinterest
Labels: assemblage, flowers, friends, jewelry making, Mardi Gras, nieces, pets, silverlox, week in review