Don't you just hate it when an entire week slips by and you have no idea what happened to it? That was the case with this week. It feels like the entire week had me preoccupied with other thoughts.  Here's a glimpse into some of it. 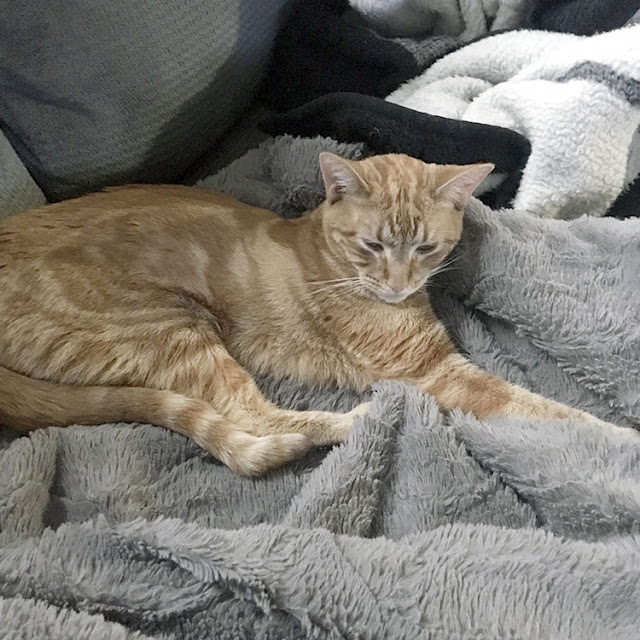 Sunday was the day after my Mardi Gras Ball and we were SUPER lazy as we recovered from the late night out. Leeloo's position on the couch accurately represents how we spent most of the day.

That evening was a different story. 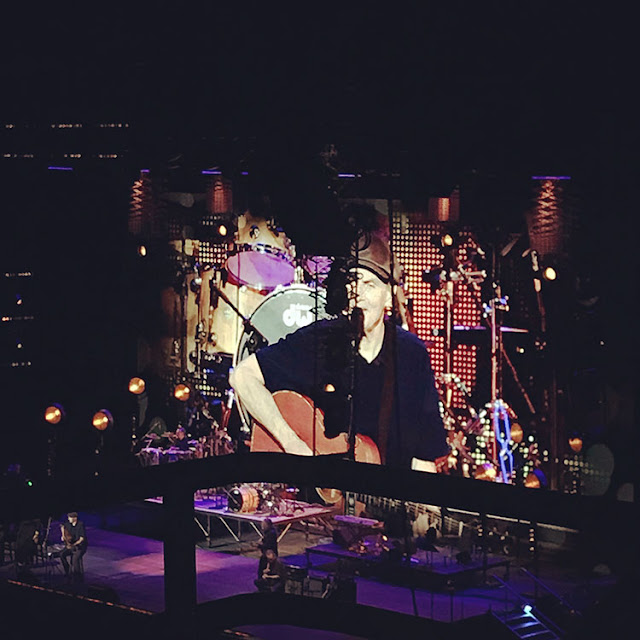 We drove over to Pensacola to see James Taylor and His All-Star Band with special guest, Bonnie Raitt. We've had the tickets since October - they were an anniversary/Valentine gift to ourselves. I absolutely loved the show. In fact, I was so excited, I cried almost all the way through James' performance. I'm a big fan.

Monday began with some art journaling before I knocked out several chores. 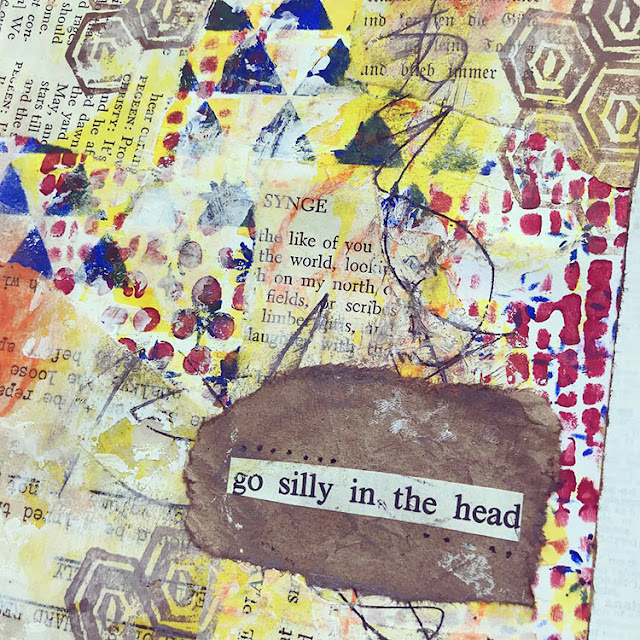 After lunch, I headed to my local Michael's to complete forms in order to become a classroom instructor! What!? Yes, I'll be teaching jewelry classes (as soon as I develop my ideas some - if you have suggestions, please shoot me a note!) as well as the Kids' craft classes. Fun!

Tuesday...sigh. I was able to knock a few things off my list like taking pictures while the sun was out. But, the rain began just as I headed to the grocery store. 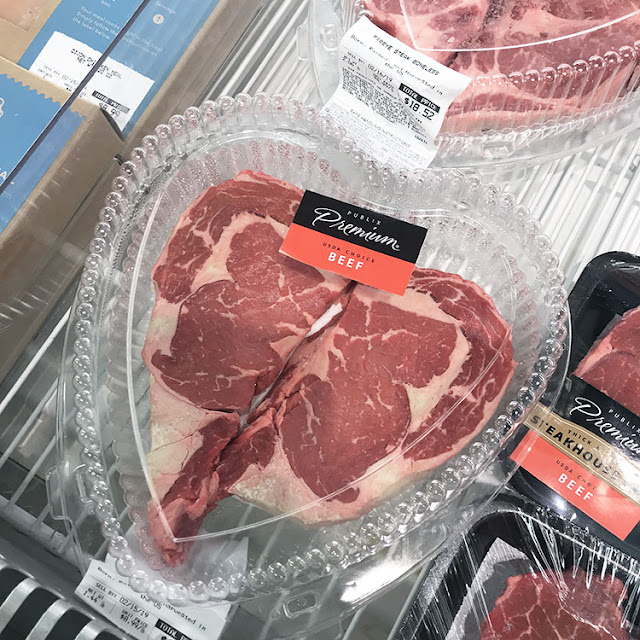 These Valentine steaks tickled me to no end!

After getting a few more things done like taking pictures of my swap beads for Swap-n-hop, labeling them, and packing them up to ship, I realized that there was no memory card in my camera. I was pretty devastated as it was already dark and would be near impossible to recreate some of the photos I had taken. My plan for the evening was to cook dinner then edit photos. Instead, I had Pat pick us up some Indian food while I pulled out the lightbox and did the best I could. 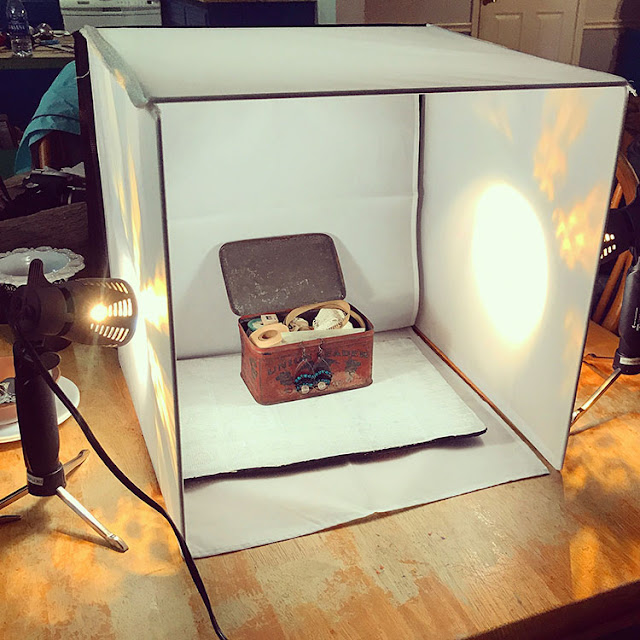 Thank goodness I still keep it handy! While the pictures aren't everything that they would have been in natural light, I got some okay photos out of it.

On Wednesday, I was at my mom's with my grandmother. I was able to get some work done but spent far too long playing games on my phone. Drat.

Thursday was a blur. It was Valentine's Day so I made Pat a few little things. After lunch, I ran out to handle my errands. Right after I left the house, Pat discovered Leeloo having a seizure. That had me hauling butt back to the house. There wasn't much we could do but make a vet appointment and watch her, so I headed back out to finish my tasks. When I go home, I felt so frazzled over everything that I decided I needed a little time outside. 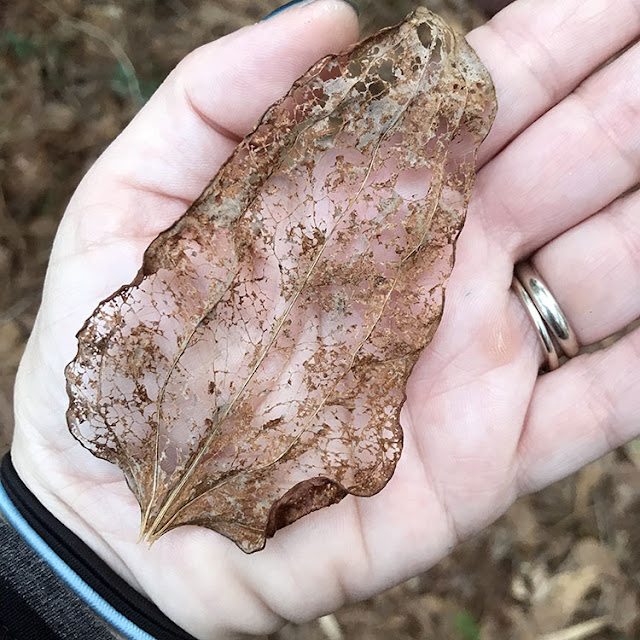 Zoe and I took a walk around the trails on the property. It was just what I needed to get my blood flowing and my mind back where it needed to be. And, I love finding little treasures. How about that lacy skeleton leaf? Pretty cool.

On Friday, I took Leeloo to the vet. And, they really had no answers about her seizure but gave me medicine in case it was caused by some kind of virus or something. Giving a cat her pills is NO FUN. But, I hope we're done with the seizures. After the vet visit, I headed back up to Michaels for more orientation stuff. Back at home, Zoe and I went for another walk. I think it was good for both of us.

Saturday was my first day at work! Though there weren't any kids in my classes, I was able to get a feel of the classroom and figure out where everything was in preparation for next weekend.

Once I was done with work, we went to a party for a friend's daughter before coming home and binging The Great British Baking Show. (I love it!) And, that was the week for me. I think I was having a hard time wrapping my head around starting a job, and I let that get the bulk of my focus for the week. I'm glad I've gotten a feel for it (somewhat) and can perhaps focus on some of the other tasks I want to get done - like making jewelry maybe.

Here's some inspiration for your week.
And, that's all I have. Like I said, I've been distracted this week. Here's hoping we both have a better week ahead! Wishing you a good one.
Labels: art journal band music nature pets photography valentines week in review work
CraftyHope
I’m a jewelry-artist, treasure hunter, & nature-lover that finds joy in the smallest things. I hope to spread that joy and inspiration.