At the conclusion of each week, I like to share a glimpse into my life. This week, it's been all about Ball Prep! I'm a member of a local Mardi Gras organization, and last night was the big night. Unlike many local Societies, we do not parade. We simply host a traditional Mardi Gras Ball. But, it's still a big production. 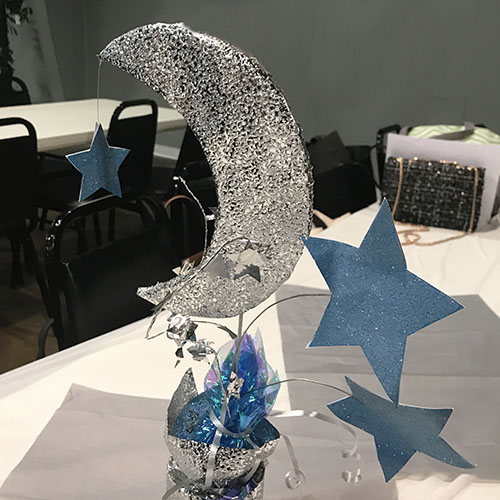 Sunday was our Ball Rehearsal in which the members practice the ball's tableau and grand entrance. Since the rehearsal is in the middle of the day, my morning was spent getting ready for it. Once I was home, it was time to make dinner and watch the Super Bowl. We're really not NFL fans, but I always like to see the commercials.

On Monday, I wanted to start knocking out some of the other tasks on my list before the week got away from me. But, I started my day with a little art journaling first. 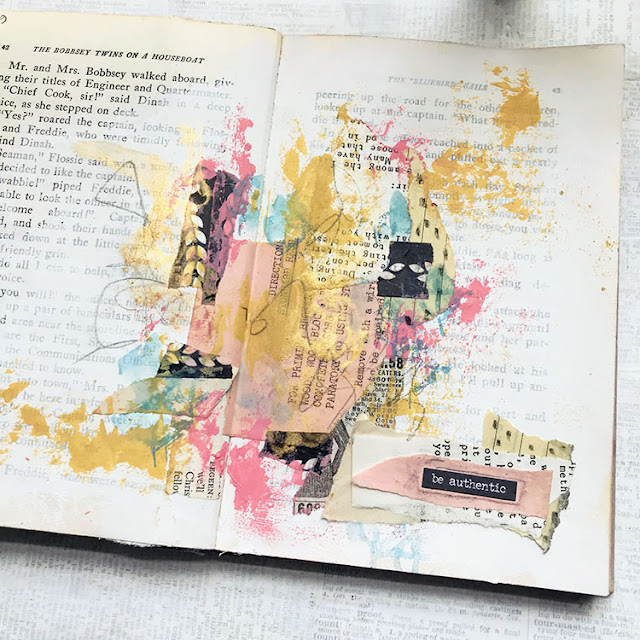 Pat was on Jury Duty, so that left me in charge of Zoe. I almost don't mind as it forces me to go outside and take in my surroundings. It was the patina on our terra cotta birdhouse that caught my attention Monday. 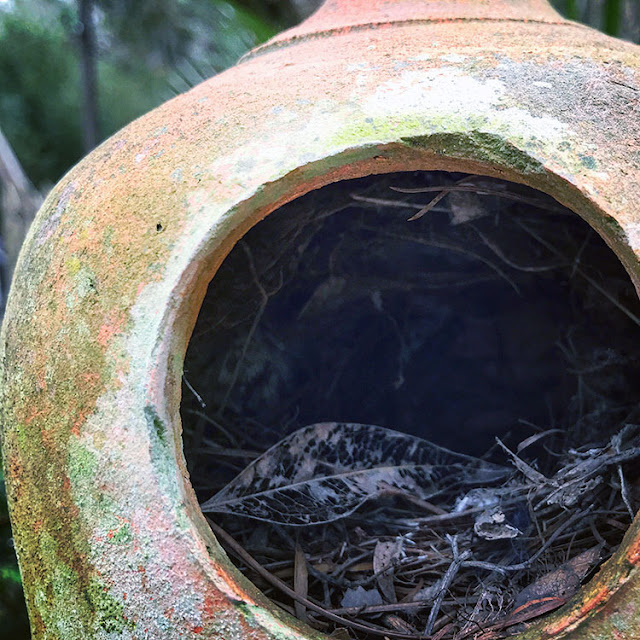 While taking in the mossy aging of it, I spied a skeleton leaf among the brambles that made up the bird's nest inside. Isn't it striking?

Once Zoe was managed, it was time to tackle my list of errands, including a haircut. I can't even tell you how many months it's been since I had one. It was imperative before the ball to get that tangled mess managed!

While Pat served Jury Duty again on Tuesday, I did Zoe duty again. It was a really foggy morning. The damp clung to everything. 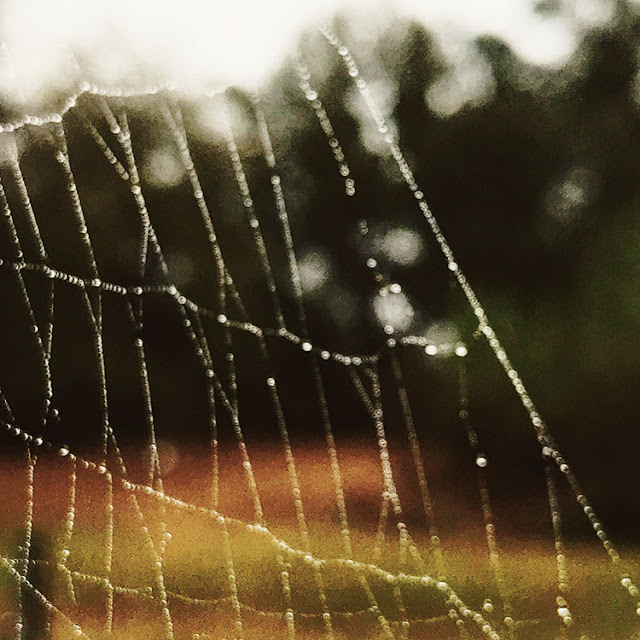 I'm no fan of spiders, but I have a hard time not respecting the work they put into their webs. I have to admit that it's pretty crafty of them to construct such intricate weaving.

I made sure to gather some of the items for the ball in one place: like my mask, which needed a few repairs before it was ready. After lunch, I worked on several videos and uploaded them for later. After dinner, we avoided the State of the Union Address and watched a movie instead.

I eked in a little art time on Wednesday morning before heading to my mom's. 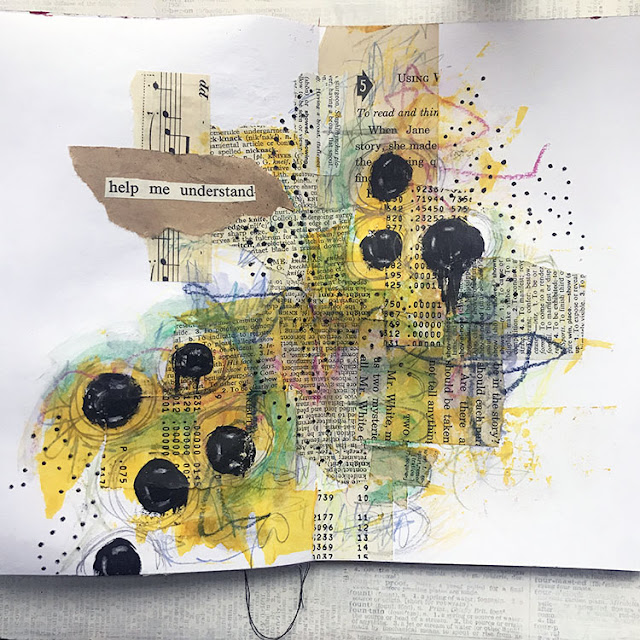 One of my nieces needed to be picked up from school so I got her before heading on to visit with my grandmother. Even with both of them at the house, and my cousin stopping by, I was still able to get a little work done. Having a good list of what I needed to do saved the day for me once again! Thank goodness for my lists!!

I knew Thursday evening meant a meeting in the evening to work on food and decorations for the Ball, so I began by baking a loaf of banana bread for the meeting. 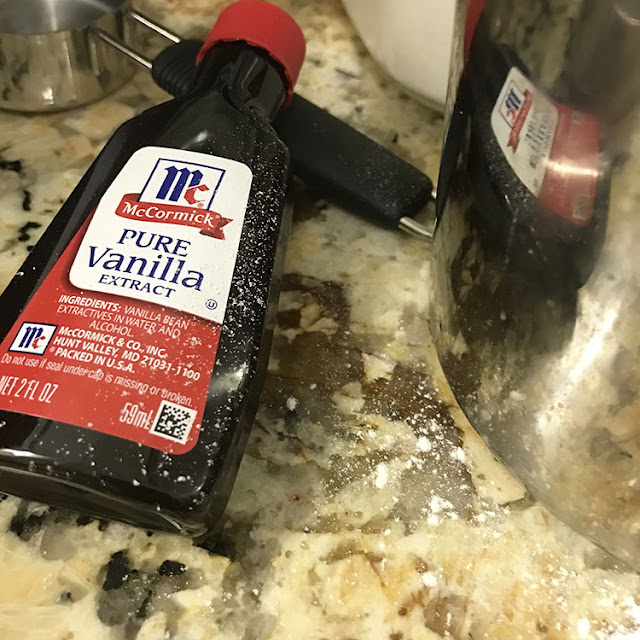 I can't seem to work with flour without getting it all over the place.

After lunch, I ran up to Southern Antiques and Accents to drop off a few pieces for the booth. 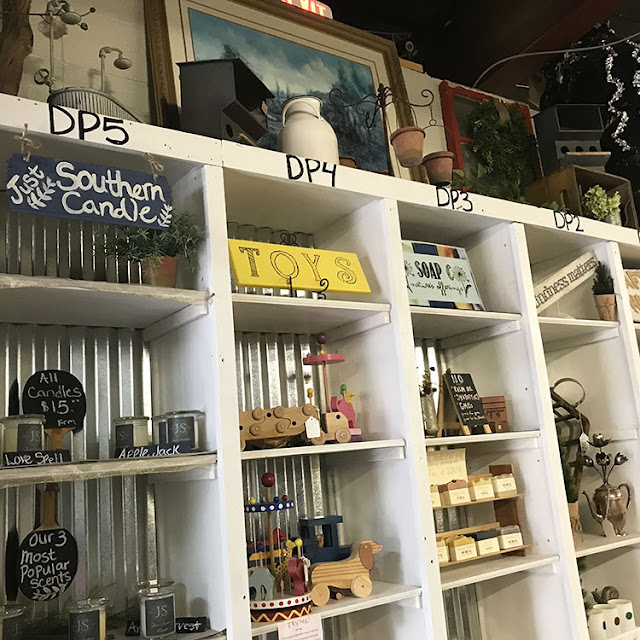 I found that I have a few new neighbors too!

We had a nice time at the meeting, chatting and getting things ready for the Ball.
Oh, and through a few messages and after several weeks of computer glitches, I think I may have secured myself a "real job." It's one of those things that kind of fell in my lap. I'll let y'all know more information later once I find out if I can.

Friday was all about checking off the last few things off the list before Saturday's Ball. I made sure all the pieces for Pat's tails were gathered, looked over my dress, helped my mom figure out a solution to a situation with her tickets, and took care of my nails.

Saturday was the Ball! It began with decorating. Our room's theme was "Stars Fell on Alabama". 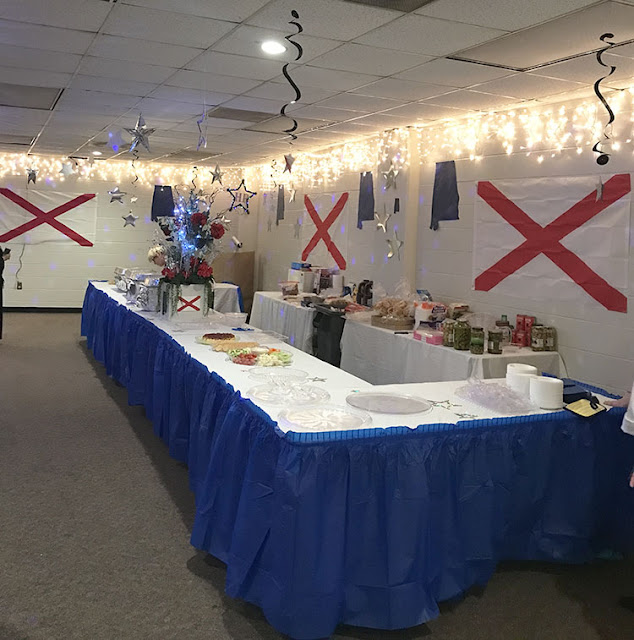 After decorating, I headed home to rest and get ready for the big night. But first. I checked the mail and found that my prize from Mad Fox Studios had come. 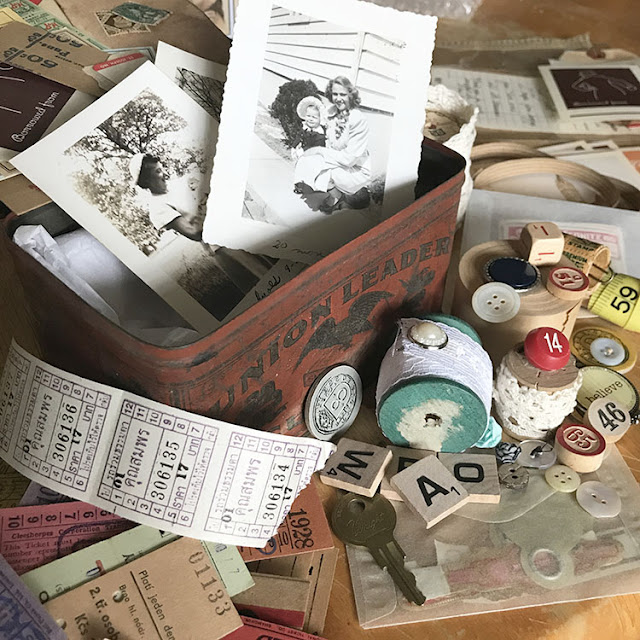 I was overwhelmed and smitten with all these goodies.

After a short nap, it was time to get pretty. 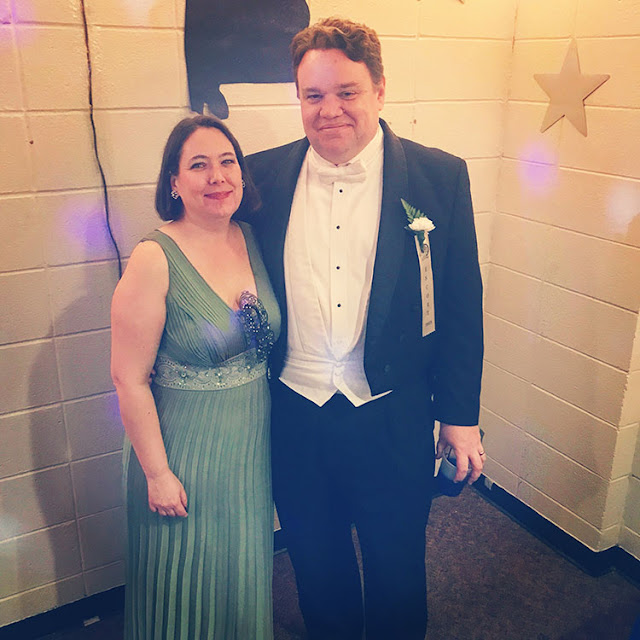 We had a lot of fun at the ball, but now it's time to move onto another week and all the adventures that a new week promises.

We've got some big plans for this evening, but first, we're off to figure out how to spend the day! I hope you have a week full of excitement and creativity!