After so much chaos for the last several weeks (or is it months now. . .), I have to boast that I did pretty darn well staying on track with the menu this past week. We didn't eat out near as much since our plans didn't change as often as they normally do. Actually. . . writing that out kinda makes me feel like we're settling into a boring routine rather than doing something admirable. I guess I'll get over that soon enough, especially since I should realize that we ate really well. 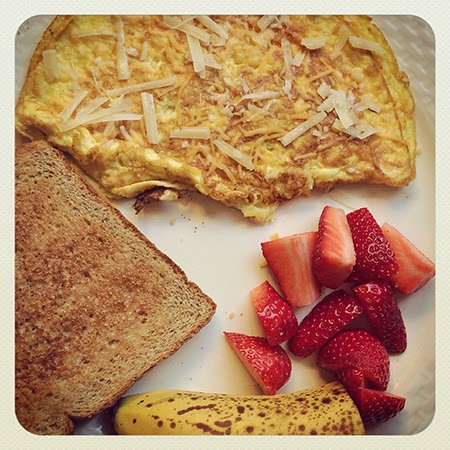 I actually made the above breakfast over the weekend. Now, if I could only get my butt in gear and get breakfast made/eaten on the weekdays as well. It's always a struggle isn't it? Here's what I hope we'll have this week.

Since I actually made most of the meals on the menu, I have some recipes to review. Woohoo!

Spicy Peanut Butter Tofu: This has become a staple tofu recipe in our house. Peanut butter and spiciness = WIN!! I did use reconstituted PB2 for the peanut butter and it worked out really well.
Portabella Mushroom Cheesesteaks: I'll admit that I was on the fence about these. I'm not a huge bell pepper fan and Pat doesn't really do onions. But they looked so good. I just tried to make sure I got more onions and less bell peppers and vice versa for him. We LOVED these. He went on and on about them. Since they  were so easy, I'll probably be making them again.
30 Minute Veggie Tortellini Soup: We enjoyed this. That's about all I can say about it. It was a good, healthy-ish soup. I wasn't a huge fan of the green beans in it, but it was a fine soup. I may make it again.

Last week I joined up with several linky parties since I had the Easy Calzone Recipe to share. This week, that recipe is a featured post at Claire Justine for Creative Monday! 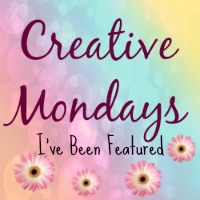 How cool is that!?

Finally, I fiddled with my blog header over the weekend and would love to know what you think of this new one. Constructive criticism welcome!
Here's hoping your Monday has been kind to you and that you have an amazing week!