When I was a kid. . .(wow, how old am I now that I start a sentence like that!?) Anyway, our family often played board and card games. We didn't have much money for dinners out or movies or vacations, but we played together. Trivia Pursuit was a favorite along with Yahtzee, poker, Connect 4, Rummy, and countless other games. Pat and I have even had our own game-playing spells. When Pat started watching Tabletop on YouTube (a channel hosted by Wil Wheaton where he and a few other folks play a game in each episode), I didn't really know what to think. However, this spurred me to make a visit to a local store, Mini War Game.

The store is located in downtown Fairhope and deals in card, board, tabletop, and role playing games (no electronics) and encourages you to even play in the store. On my first visit, I was immediately struck by the number of tables arranged throughout the space. I picked up a game that Pat had mentioned and then arranged for our local blogging group, Southern Bloggers Jubilee, to meet there this month. The ample table space, friendly staff, and unique concept made me think it was a perfect spot. 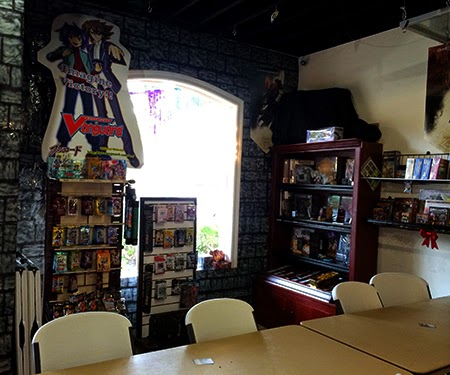 While we held our meeting a few weeks later, we got to learn a little more about this unique space. Jon Mansmann, owner, explained that the store started off in the closet of his office. He and some friends would play games after work. This small group grew to over 30 people, and Jon knew this passion was destined for something else. He wanted to create something different and told us, "You can buy games anywhere, but you can't play them anywhere." 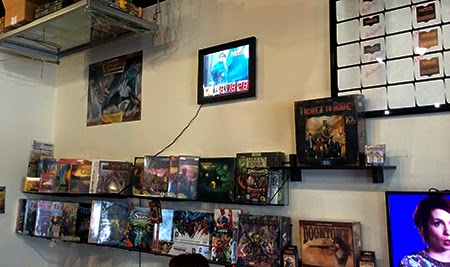 Since opening the shop, Jon and his wife Stephanie feel that they've "cultivated a family" within the storefront. There's a diverse group of individuals that come to the store to play. The ages range from 8-60 and their backgrounds all vary, but everyone gets along over the table. 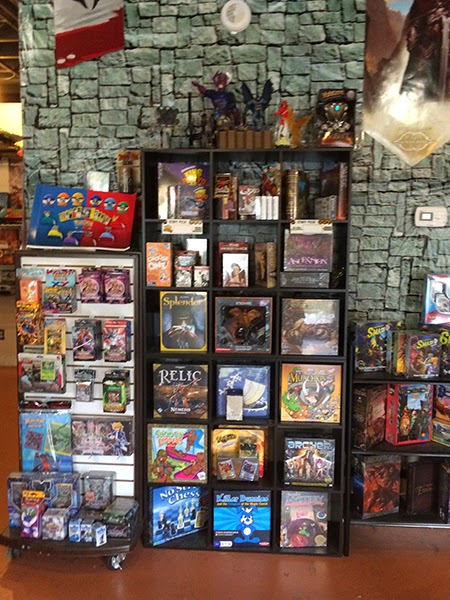 Each day, on Mini War Game's Facebook page, you can find a list of the games being played. On Fridays, Jon and Stephanie even welcome the whole 'family' to dinner and a game of Magic the Gathering in the store (though, you are encouraged to RSVP if you want to eat). 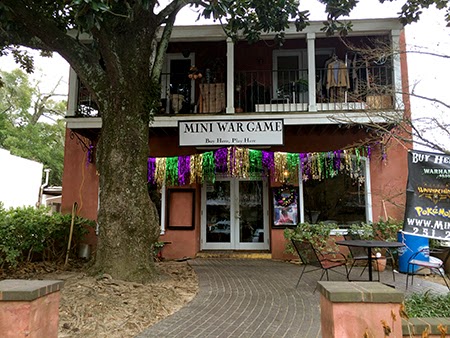 Just talking to Jon, you can tell that he considers the gamers who come to the store to be more than just customers. He really does encourage a family atmosphere and even reminds the students playing to do their homework too. 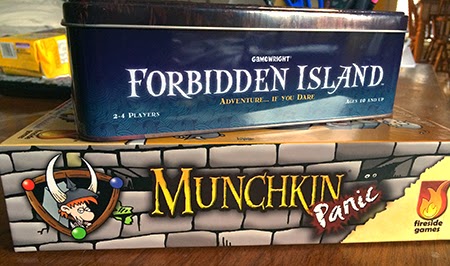 I've now purchased two games from Mini War Game and am working on getting Pat up there to play sometime. It'll be just like the good ole days! 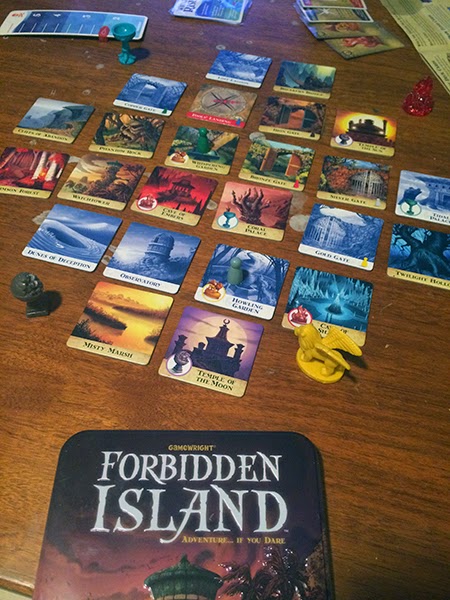 Here an article from the Fairhope Courier, April 2013 with more info about Mini War Game.

You should definitely check it out, or something similar in your own neck of the woods. It might bring back those "good ole days" memories too.