A couple of you asked to see the results of my earring day. Truthfully, it looks like it's going to be at least an earring week as I haven't made a dent in the supplies I'd gathered. In any case, here's what I've accomplished so far (ear wires will be added later, so they're really not quite done yet.) 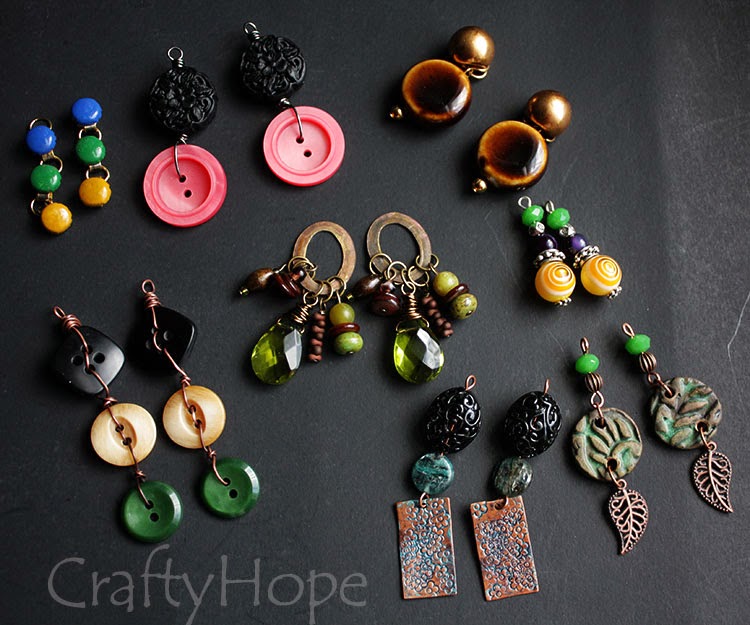 While I'm happy with all of them, these two are my favorites of the bunch. 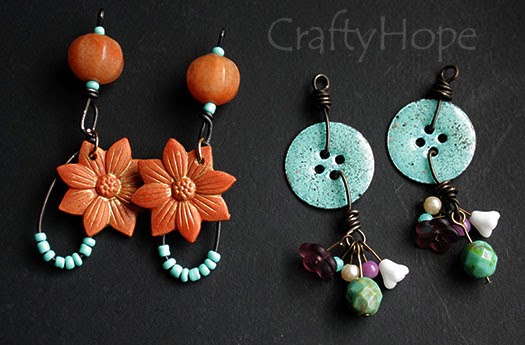 I've got a busy weekend ahead: grandmother's birthday, husband's band playing, football watching, and a play to attend; but I might just be able to snag some more earring-making in there at some point. . .maybe. What have you got planned this weekend? I hope it's a good one.