I mentioned last week that I was fortunate enough to be chosen to participate in this month's Art Jewelry Elements Component of the Month. Let me remind you of the beautiful Melismatic Molten Morsel I received from Melissa Meman. 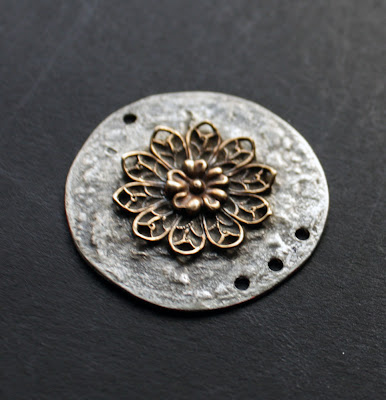 I jumped the gun a little and made my punches in the piece before I remembered to take a picture. Heck, I punched those holes before I had even decided on a design. It worked out though. 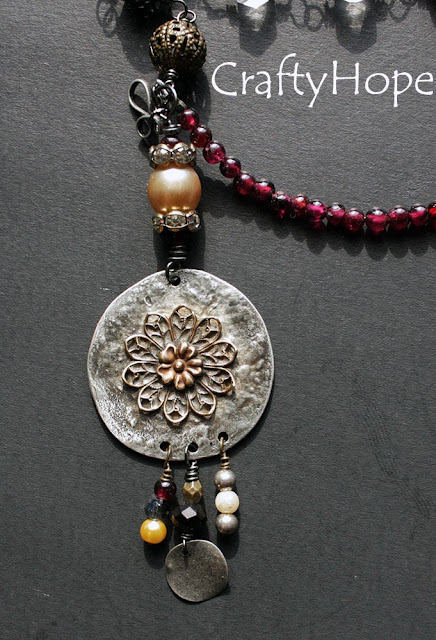 I did ponder what I had on hand and could create that would complement Melissa's beautiful work. After much thought, I decided a deep purple would be perfectly royal. In that vein, I used some small beads that I received from a friend. After completing the necklace and in the sunlight, I found that some of the beads are more red than purple. But, I still really like it despite that little snafu. 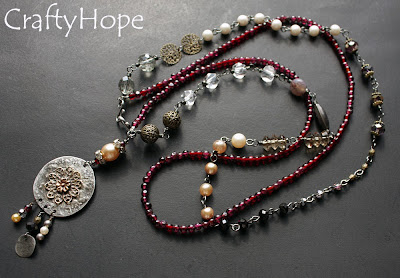 Yeah, I liked it so much, I couldn't stop taking pictures of it. 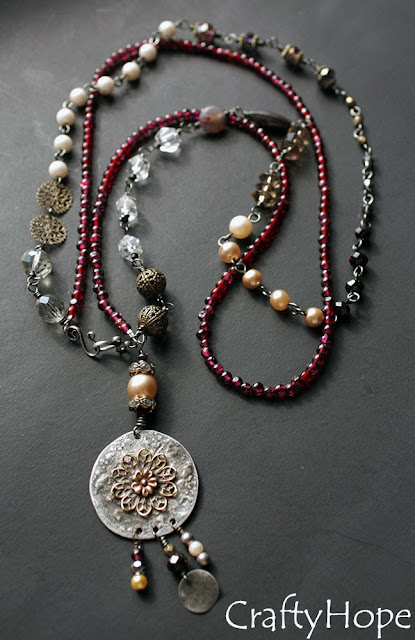 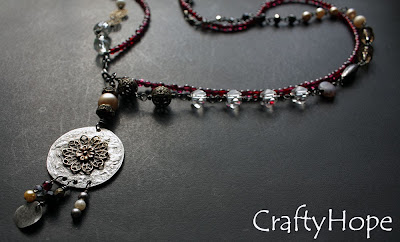 I really hope I did Melissa's beautiful Morsel the justice it deserves. Follow the links below or head over to the Art Jewelry Elements blog to check out what everyone else did with their Morsel.
The AJE Team
Melissa Meman
Jenny Davies-Reazor
Jennifer Cameron
Francesca Watson
Linda Landig
Kristen Stevens
Lesley Watt

This was a lot of fun. Thank you Melissa and the AJE team for letting me play along!
at August 31, 2013
Email ThisBlogThis!Share to TwitterShare to FacebookShare to Pinterest
Labels: aje, blog hop, challenge