Another week in the books! While there have been projects on my desk all week, it wasn't as productive a week as the one before. But, it was a holiday/vacation week for us and I spent the bulk of my time working on promoting the sale in the Etsy Shop. However, I did squeeze in some fun too. 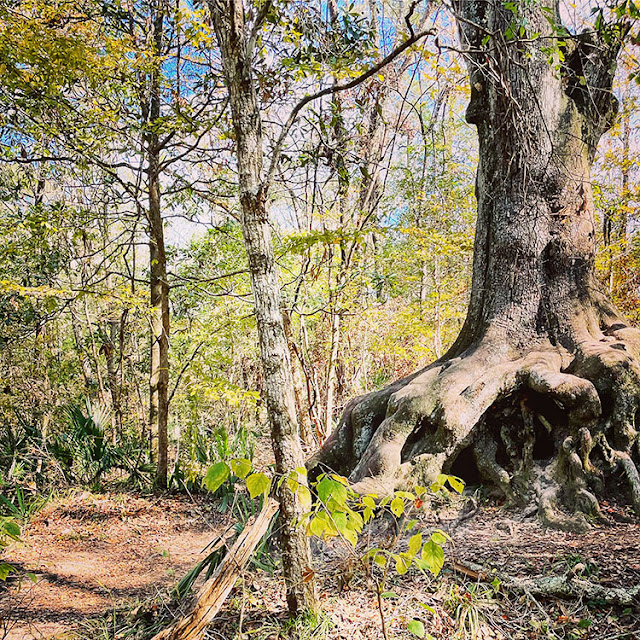 We spent another Sunday in the woods of Blakely State Park. This time, though, we kept an eye on the map and didn't wear ourselves slap out. After that, Pat and I ran errands and worked on a few things around the house.
The Big Green Tree Machine showed up earlier on Monday than we expected. But, we couldn't complain. We were glad to see them and get the downed trees out of here. 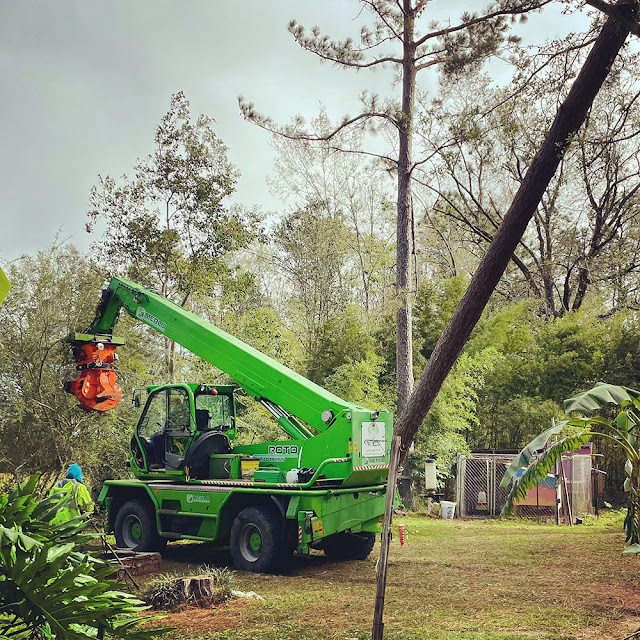 We toasted to their removal in the evening!
As I mentioned above, this week was a "vacation". This just meant that Pat took the week off to get some tasks done around the property. The main thing was to replace some of the shed which he started in earnest on Tuesday. 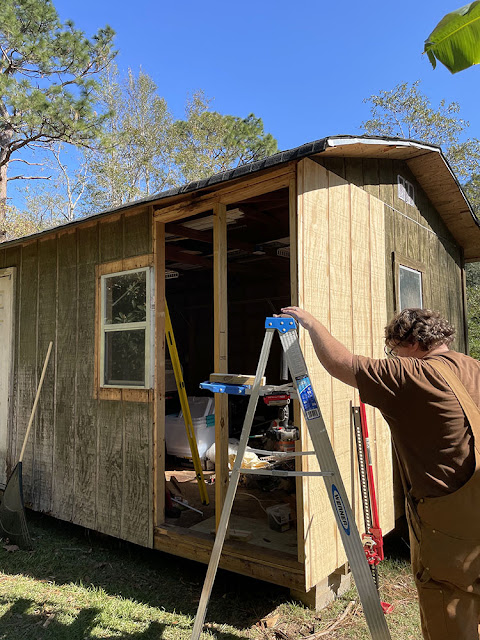 It took him much of the week. This one side was the hardest, and he needed my help a little to get the board in place. I alternated between chores and online work.
And, as I became increasingly frustrated with the lack of pockets in the pants I was wearing, I tweeted this. 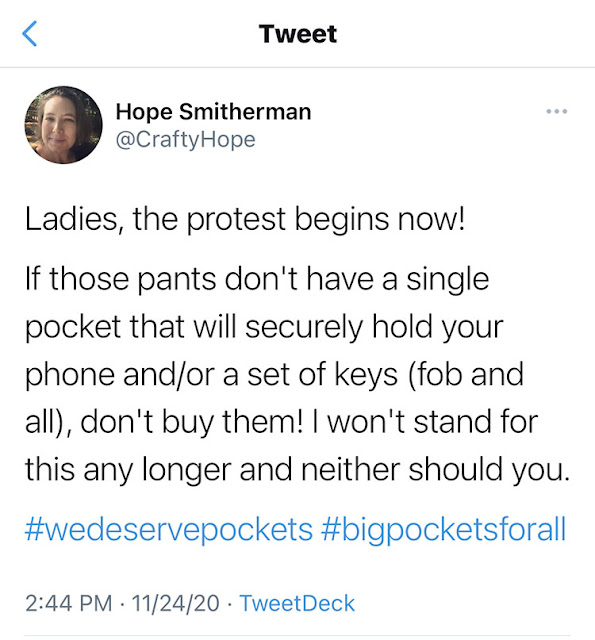 I'm serious about this. I don't plan to buy ANY more pants that don't have adequate pockets. And, for that matter, I won't be buying skirts or dresses without them either. Are you as frustrated as I am? Have you seen the size of pockets that guys get? Grrrr!
I started Wednesday morning by making sure I shared about the sale in my shop. 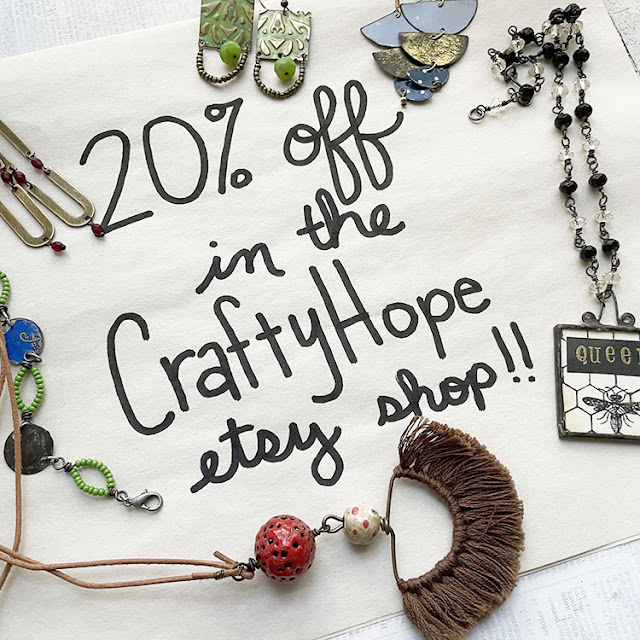 From there, I decided to center myself a little by working on an art journal spread. 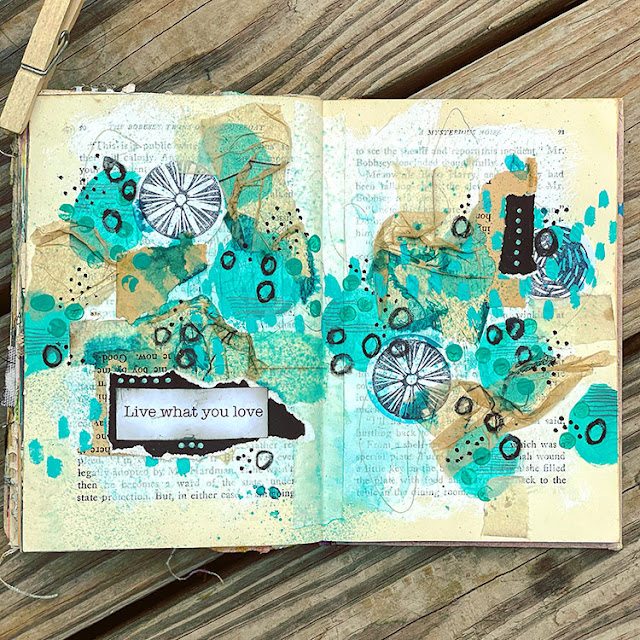 After that, it was off to my mom's to help her with some of the Thanksgiving dinner preparations. 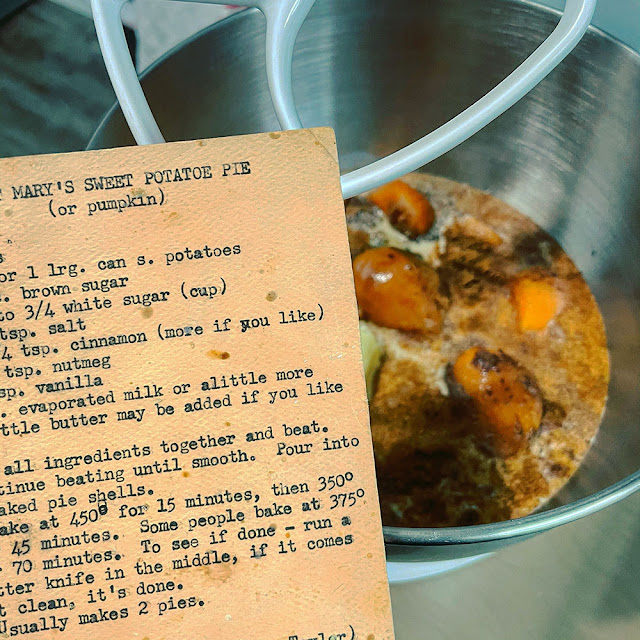 I mostly made the sweet potato pies, helped with the pecan pie, and assisted my mom in getting other tasks sorted. But, look at my pies! 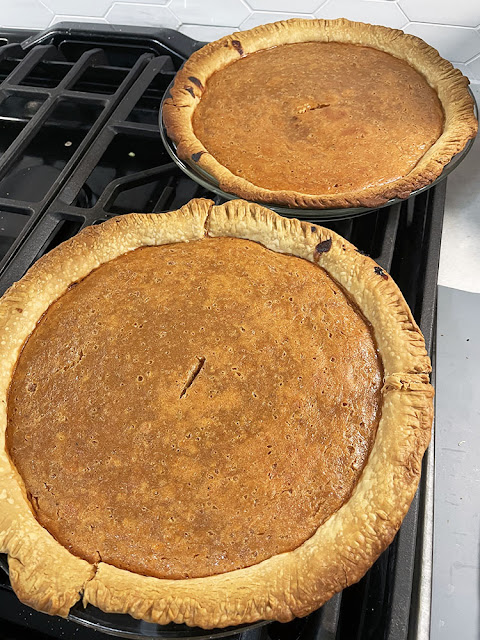 I never make pies, so even as ugly as these are, I'm still pretty proud of them.
Thursday was Thanksgiving. And, is usually the case, I was too busy visiting to take any pictures. It was a small gathering of just my mom and step-dad, my nieces and their boyfriends, and Pat and me. So, I felt pretty safe with that arrangement. And, it was quite bittersweet as we were all missing my grandmother.
I did get a quick shot of my niece's cat, Milo, and his shenanigans while we were eating. 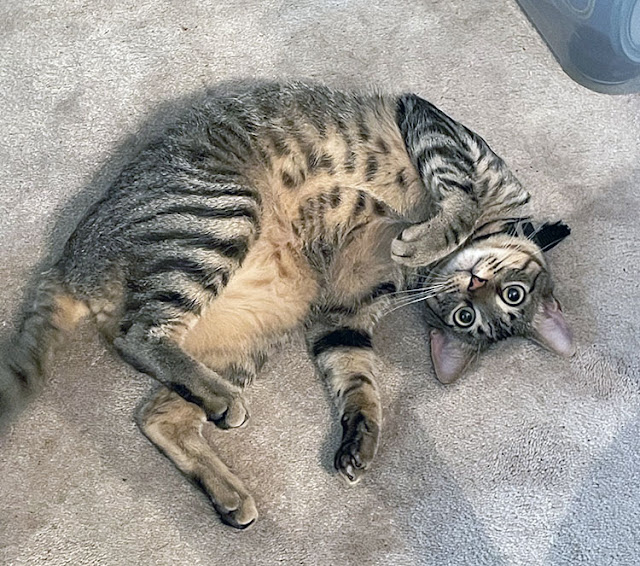 Isn't he a goober?

Friday is my main housecleaning day. After the chores were tackled, I stayed in the craft room for most of the day, working on technical things. In the afternoon, I started focusing on making. 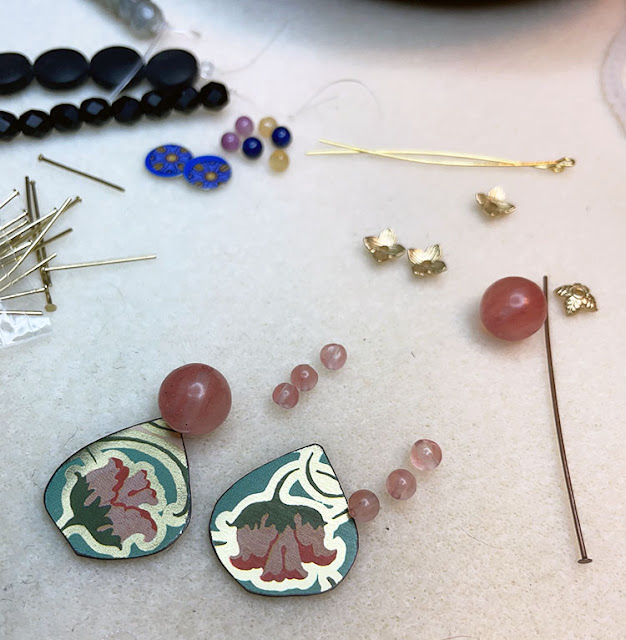 I feel like I spent all of Saturday promoting. It was Small Business Saturday and I wanted to share as many of the small businesses that I follow as I could in my Instagram stories. In the afternoon, we watched the Iron Bowl while I doodled. 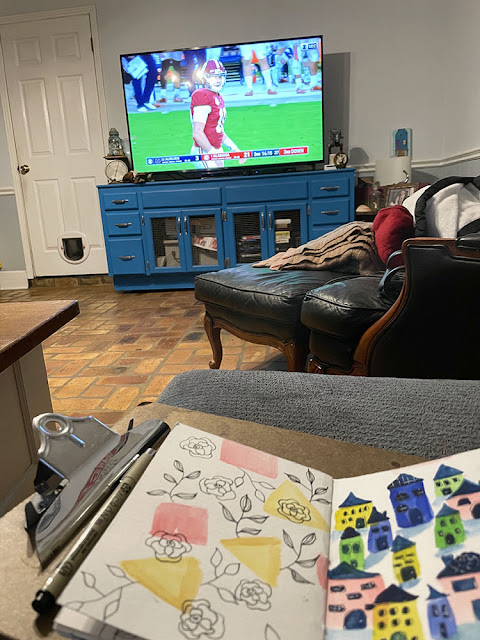 As you can see, I did infuse some creativity throughout the week as it snuck its way into each of my days. I hope you're finding ways to stay inspired too. Here are a few of the inspirations I found over the week.
Alrighty, that was the week for me. I hope you're finding some joy and inspiration in these trying times. And, hey, it's officially the holiday season! So, here's hoping it's stress-free!!
at November 30, 2020
Email ThisBlogThis!Share to TwitterShare to FacebookShare to Pinterest
Labels: art journal, food, football, holiday, hurricane, inspiration, jewelry making, local, nature, Pat, sale, silverlox, vacation, week in review