The Eyes Have It (AE Reveal)

Happy Halloween!
And, if that isn't fun enough, it's also reveal day for the Art Elements theme hop for October. This month, Laney selected Eyes as the inspiration. I was late in signing up, though I spent chunks of time throughout the month thinking about the theme.

Initially, I played around in my art journal, drawing faces. But, after I got my bead loom and became obsessed with it, I decided to try to create an eye with it. 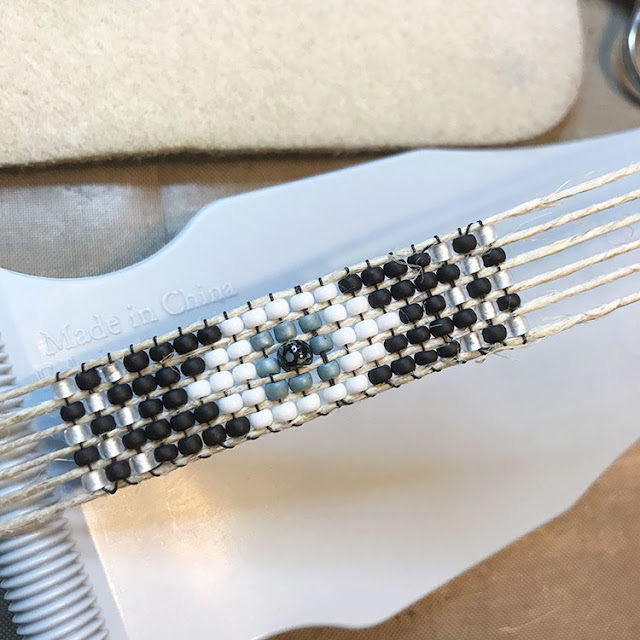 The idea came to me as I was waking up one morning and I couldn't wait to get to the bead store to buy some beads. I've never been one to work much with seed beads and all the ones I had were the cheap, irregular ones. And, I've found that I like the large 6/0 and 8/0 beads on the loom. So, out I dashed to the bead store. 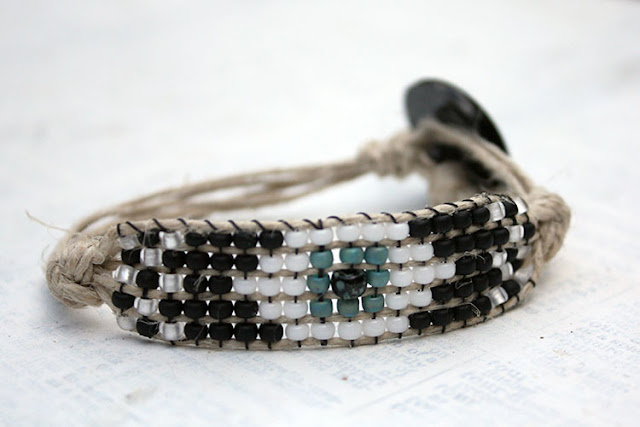 Using the seed beads, hemp cord, and Wildfire; this bracelet came together pretty quickly on the loom. To finish it, I simply tied some knots and added a button for a closure. 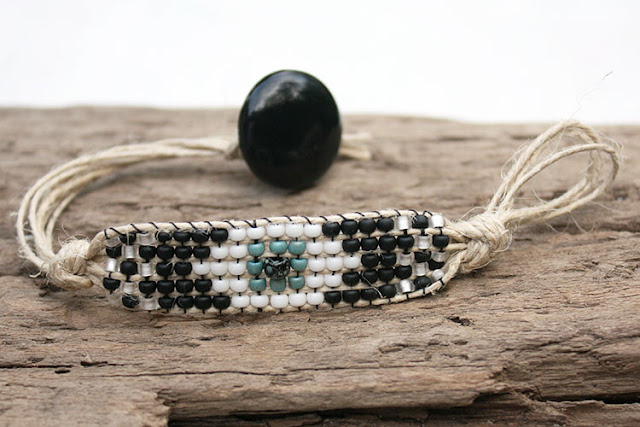 I'm absolutely still learning how best to work with the loom, so if you have any tips, tricks, tutorials, or any other advice; please don't hesitate to let me know!

Once my first eye was made, I could relax a little about the challenge. I remembered that at the beginning of the month, after the challenge was issued, I had saved a link from My Modern Met on How to Draw Eyes. (I thought it was rather fateful that the challenge and this tutorial fell in the same month.) So, I made a quick attempt. 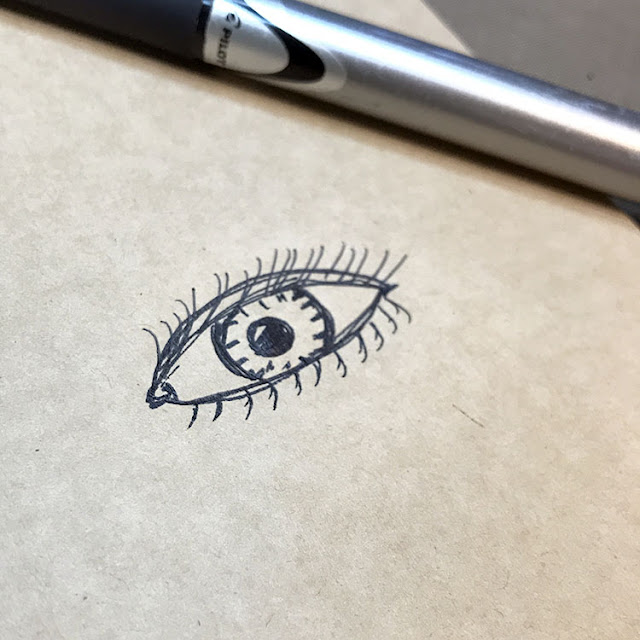 It's not great, but the tutorial really did have some good tips for working on my drawing skills.

Though I had already completed one entire project for this reveal, I couldn't get the idea of it being Halloween-time and needing something "spooky" for the reveal. And, that's when the image of the Eye of Sauron from The Lord of the Rings popped into my head. Seriously y'all. Any good geek knows how scary that eye is - perfect for Halloween. 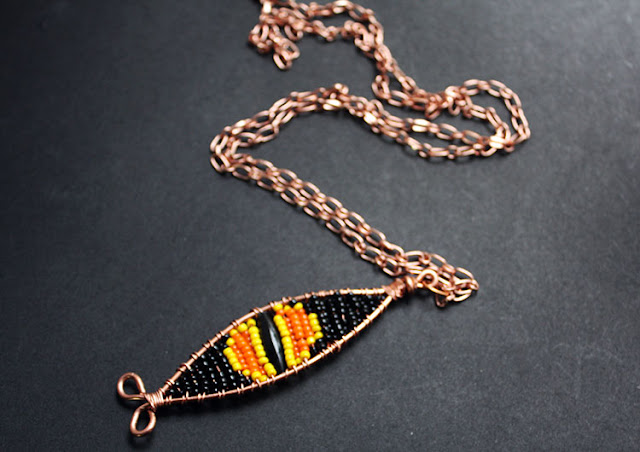 Again, the design for this piece was something that came to me as I was waking. At first, I thought I wanted to do it in an organized bead loom-type way with lines of wire separating all the beads. However, as I drew out the design, I realized that it wouldn't work since I needed so many beads to get the image just right.

Instead, I created a frame with 14 gauge copper wire and strung beads between it. It was fiddly from start to finish, but I kept reminding myself that it would never come together if I just gave up. So, I persisted and am quite pleased with how it turned out in the end. 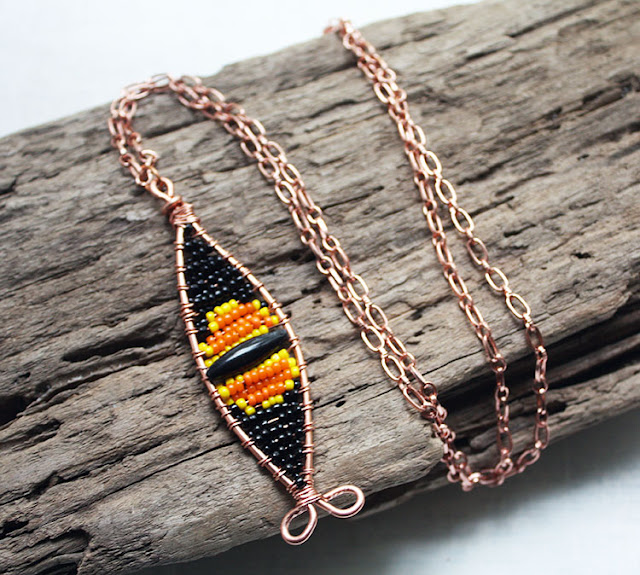 Once that trial had ended, I wanted to go ahead and play with the idea of eyes in my art journal. As I pondered whether to try drawing more eyes or not, I remembered this envelope of eyes. 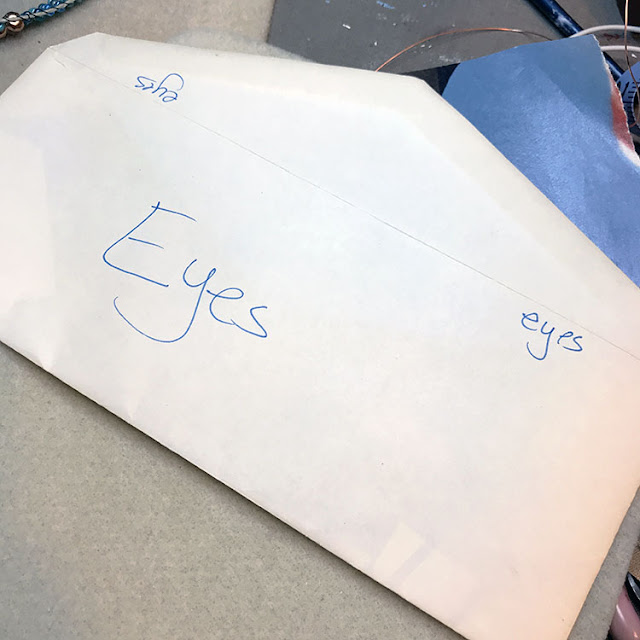 Seriously. I have had that envelope for probably 15 years or more, back from my Decoupage days - a seriously LONG time ago. So long, you can see that the envelope has begun to yellow.

And, yes, it's filled with eyes. 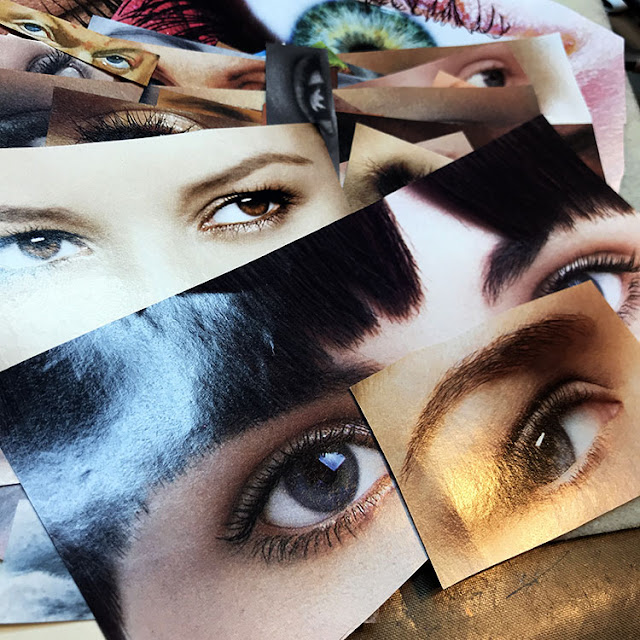 I've long had an affinity for the "windows to the soul" and went through a magazine-clipping phase for a while. So, I had plenty of eyes from which to choose.

I selected a pair that fit nicely in the journal I selected. It's an old Bobbsey Twins book. 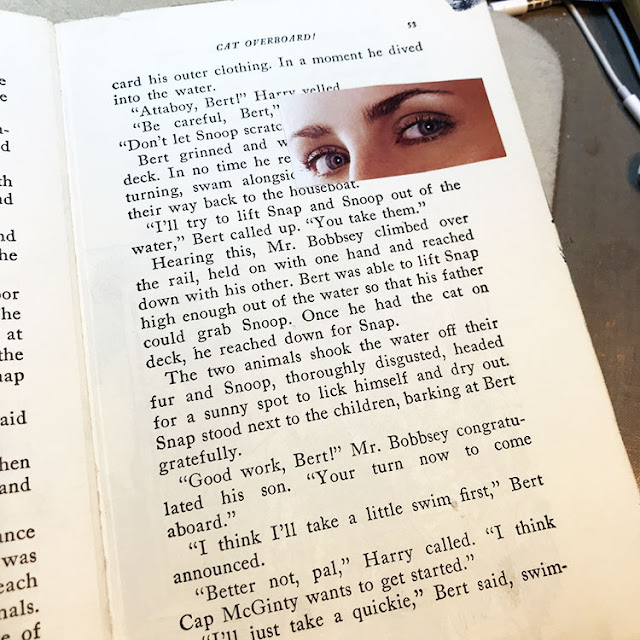 From there, I just played with my art supplies until I was happy with the page. 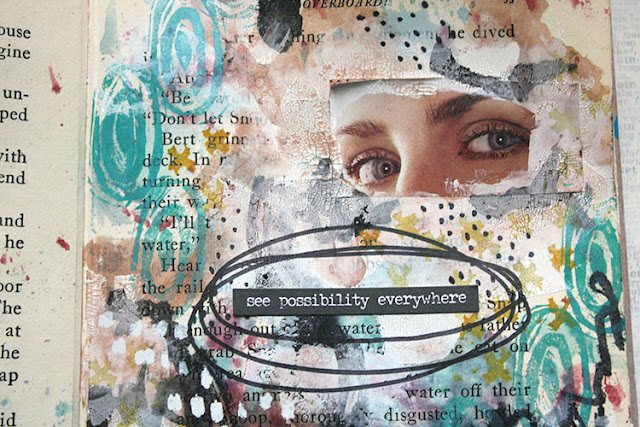 It wasn't until I was selecting a sentiment for the page that I began to ponder the importance of eyes in our creativity. We often use visual words like: See, View, Envision, Visualize, Watch, etc that have everything to do with how we take in the world around us and how we creatives want/need to add to it. The eyes are such an integral part of that. 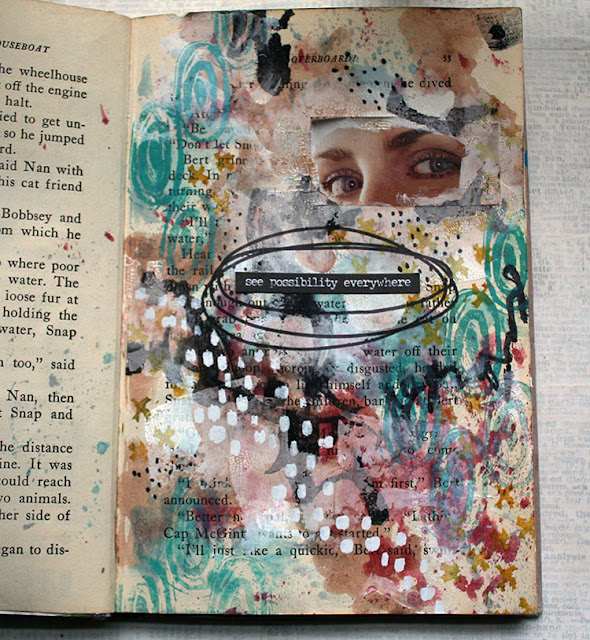 Alright, enough with the deep thoughts, I do hope you've enjoyed seeing what I created. Don't forget that this is a Blog Hop of artists. Make sure to head over and check out what the other creatives made with the Eye theme from Art Elements. Much thanks to Laney for the inspiration!