It's been a weird couple of weeks for me. Since my mom broke her arm the week before last, I've spent a lot of time helping her. But, we'll get to that. 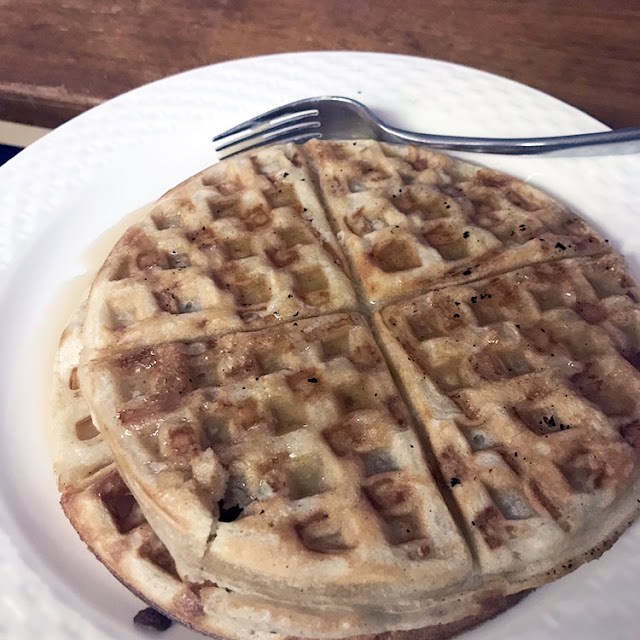 I whipped up some waffles to get Sunday started right.

They must have been good luck because when we ventured out to the thrift store later, I found a few tins. 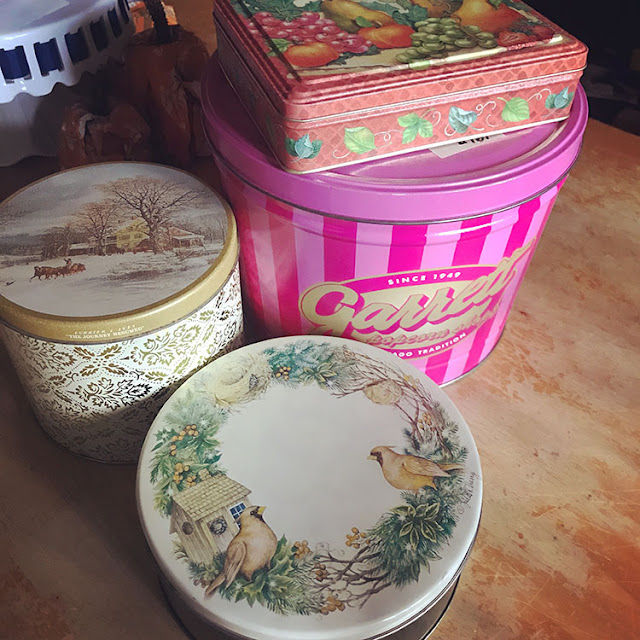 I'm especially excited about that hot pink one and the gold decorative one.

While out, it was hard to miss the fields and more fields of cotton that's almost ready to harvest. 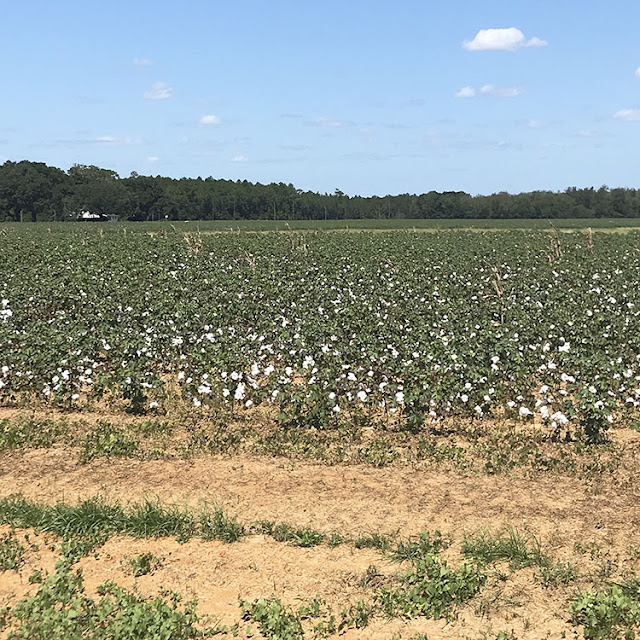 It's been unnaturally dry in this area of the US. Apparently, that's good for the cotton. However, it's not so great for the peanuts that are almost ready to harvest too.

Monday was spent taking my mom first to the orthopedist then to the orthopedic surgeon for her broken arm. She opted to try a brace instead of surgery for the time being.

On Tuesday, I was back at home to get things in order at my house. Mainly, that involved grocery shopping and laundry. 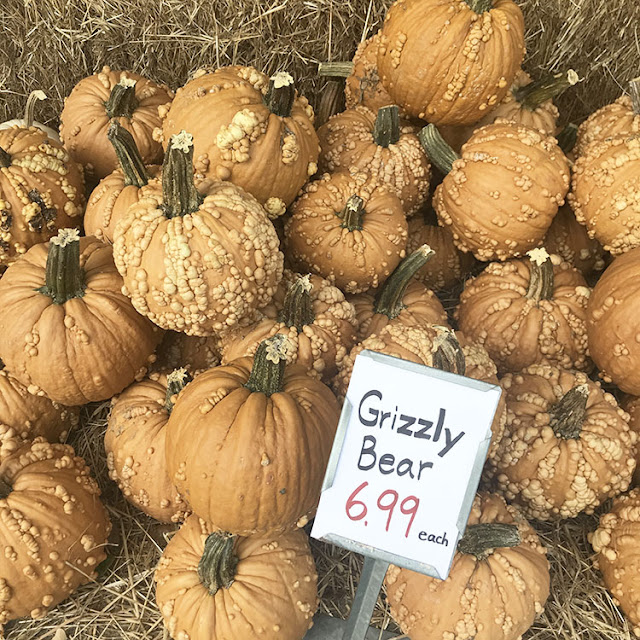 The farm market has expanded its array of pumpkins. I'm always amazed at the variety there are out there. How crazy are these grizzly bear ones?

On Wednesday, my grandmother had her own doctor's appointment. But, I didn't think I was going to make it across the Bay in time. 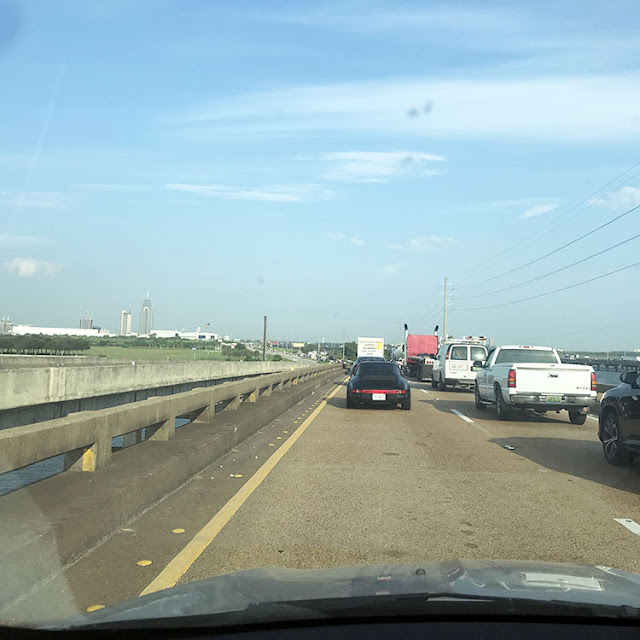 Both routes Westbound were backed up for miles. I'm glad I don't have that commute every day anymore.

Thursday was back at home where I shared my Paper Pumpkin DIY. 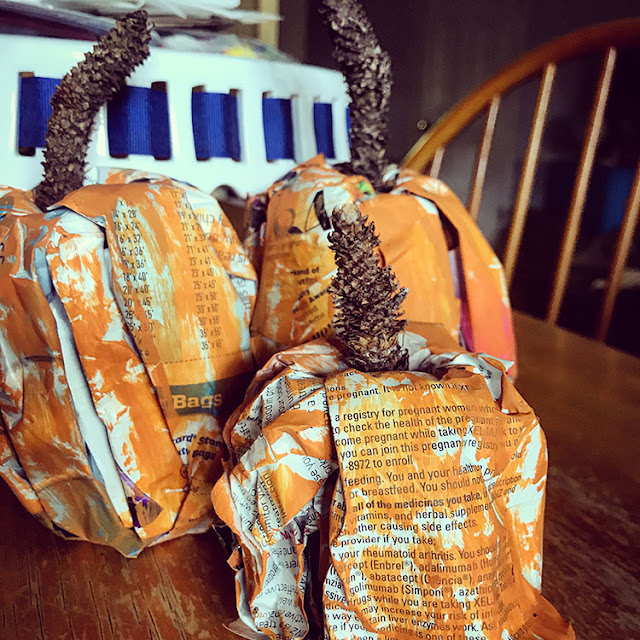 In addition, I took some time to work on making leaf earrings for the Art Elements challenges. 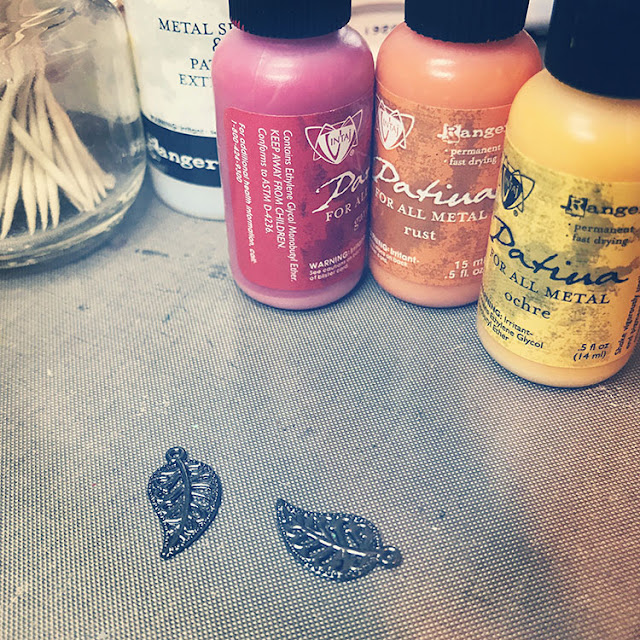 Friday included another visit to the orthopedist as we had some concerns about the amount of swelling in my mom's hand. 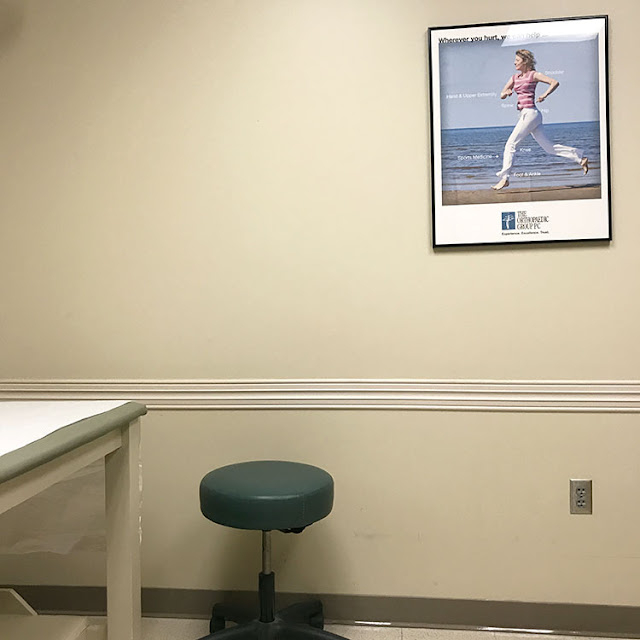 While we were there, she went ahead and opted for surgery on Monday.

Once I got her settled and made sure everyone there was good, I boked it home to work on dinner back at my house. 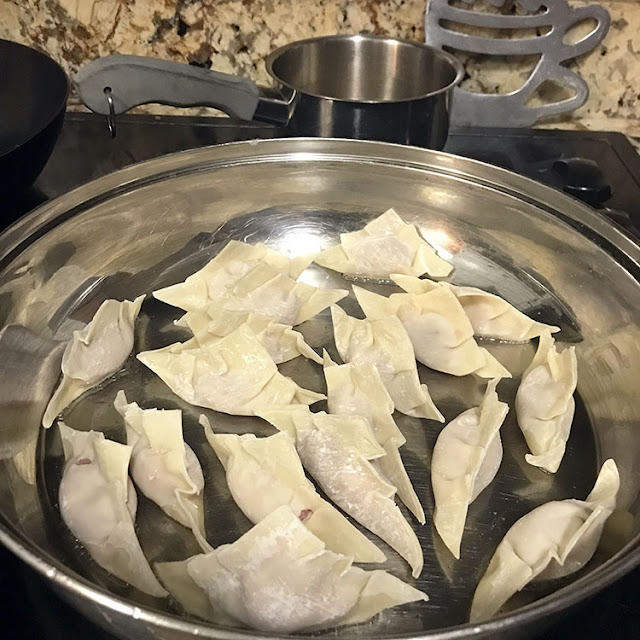 I've been encouraging my 19-year-old niece, who lives with us, to pick and learn to cook one meal each week. This time I gave her a few options and she chose the pork potstickers with sesame green beans.

By Saturday, I was exhausted and spent almost the whole day just watching college football and prepping my post for Sunday's Art Elements reveal. 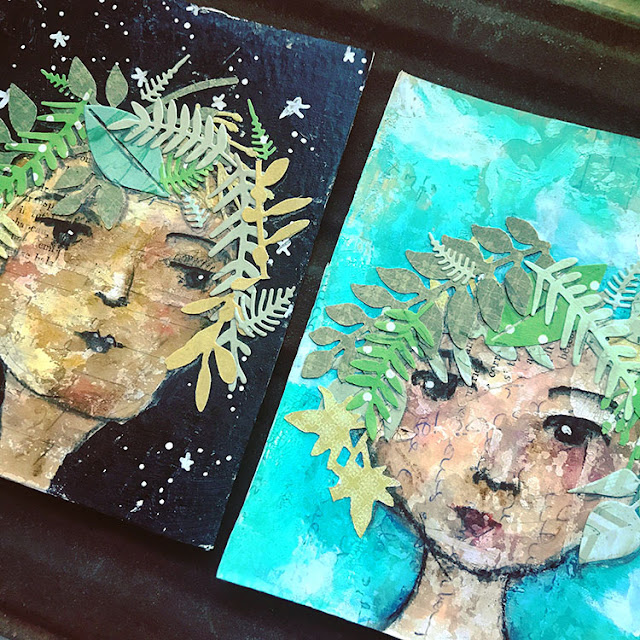 I felt like I needed some quality time with Pat on Sunday, but he needed to get some work done at the recording studio. So, I went with him and got my own work done too. 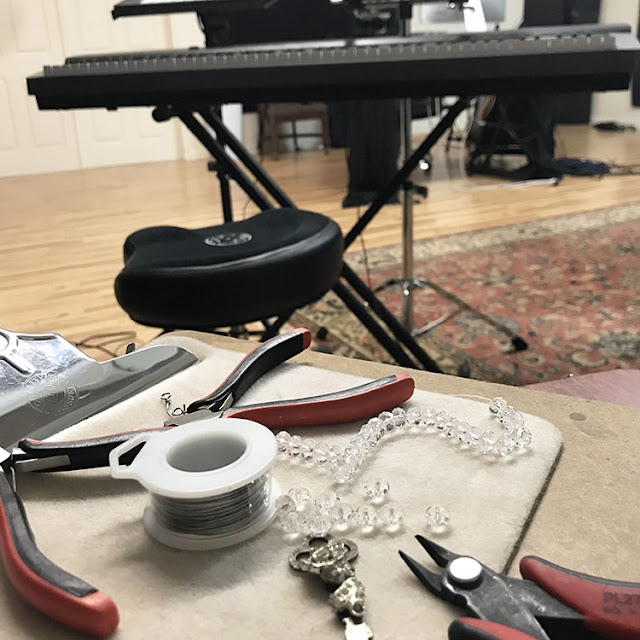 I did take a break to walk over to the nearby Fairhope Market to pick up some muffins and spotted a few leaves changing colors. 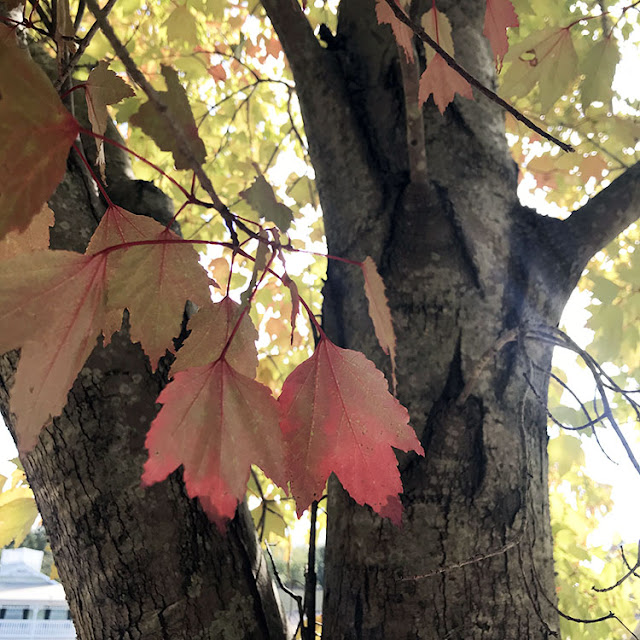 I was remarkably surprised since it's still hot as blue blazes down here. And, we don't have many trees whose leaves change.

Back at home, Rosalina was begging for some attention. 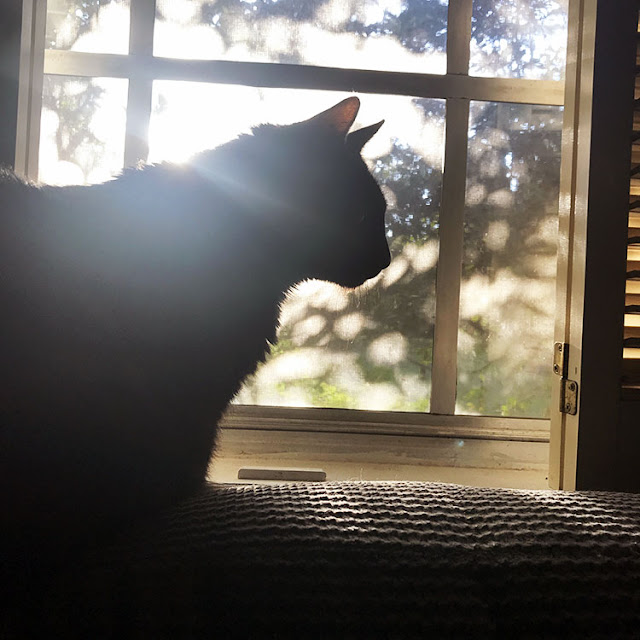 Mama had a rod placed in her arm on Monday. 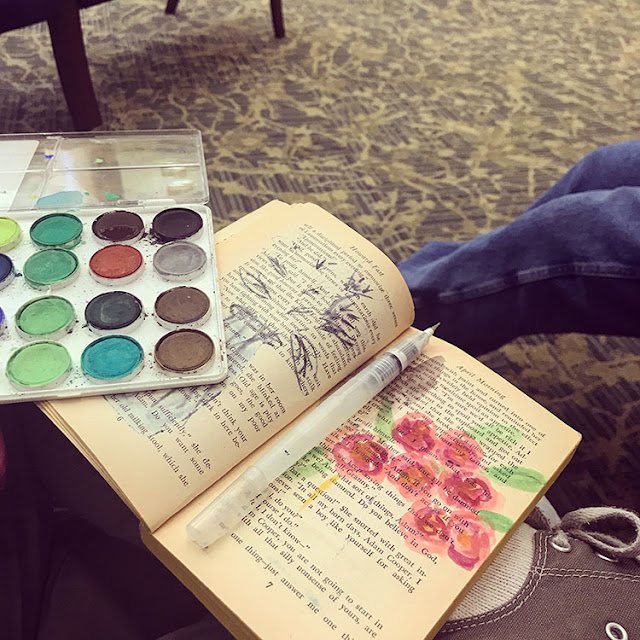 There was a lot of checking in on her status, but mostly a lot of waiting. I did my best to keep busy.

I spent the rest of Monday, all of Tuesday, and most of Wednesday taking care of her -making sure she ate and took her medications and whatnot.

By the time I felt secure enough to head home on Wednesday afternoon, I was exhausted and in need of a drink. 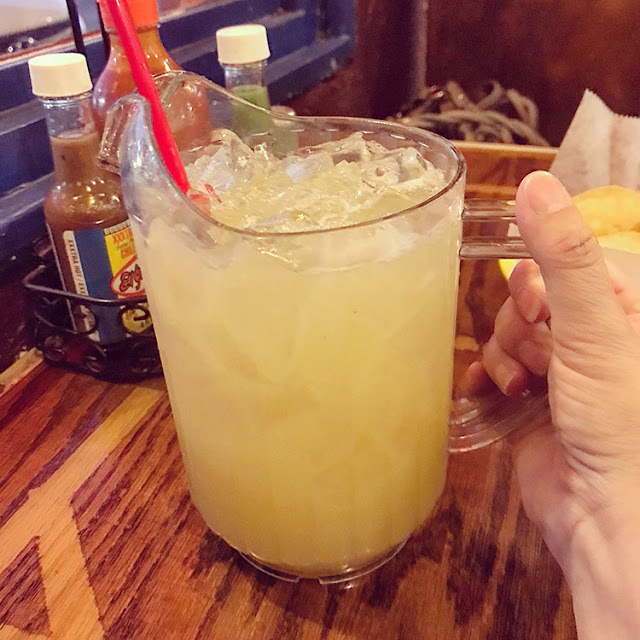 That margarita hit the spot.

Thursday was a mixed bag of catching up on things at home: grocery shopping, laundry washing, checking on the chickens, etc. I spotted this spider lily out near the chicken coop. 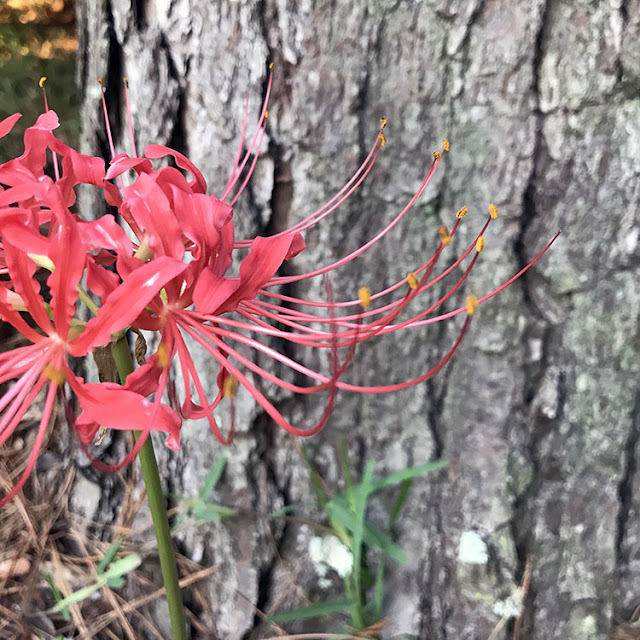 We actually often call then Hurricane Lilies because they always seem to spring up before a hurricane. I hope that's not the case now.

Friday included more chores and a wild hair to mend a couple of our well-loved couch blankets before I tossed them in the washing machine. 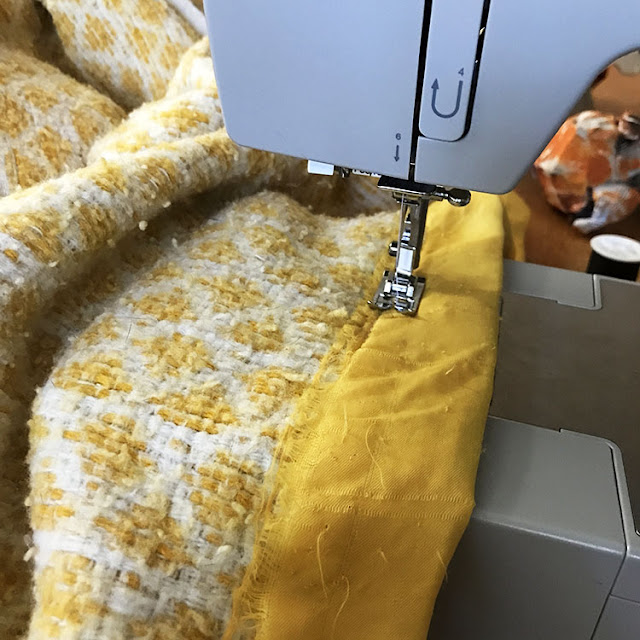 Since I got so much accomplished in two days and there was no Alabama Football on Saturday, I focused on creating. 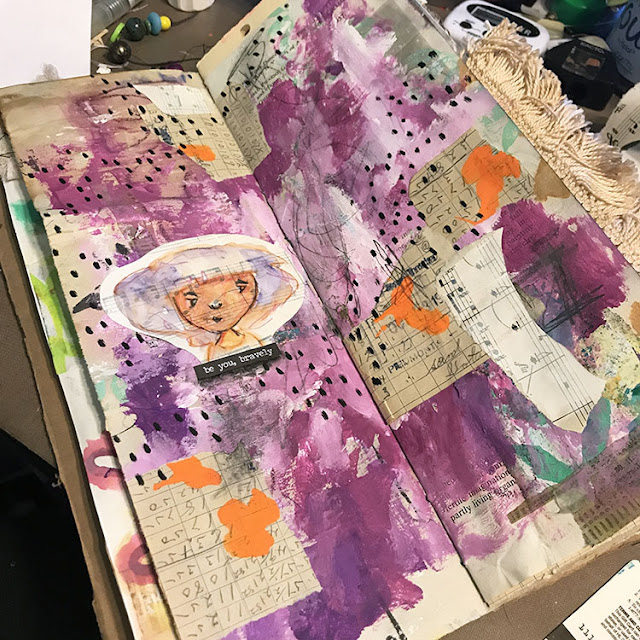 It was nice to just get to play a little.

I'm not sure what the week ahead holds, but I really need to make sure there's a little creating in each day. It really does seem to keep me sane.

To keep you inspired for the week ahead, here are some links that might help.