Apparently, I am no good at taking pictures during the week anymore. I think perhaps there's so much of my time spent doing household and repetitive tasks that I just don't think to snap a picture. I really need to take a little time to find some beauty in the everyday. In any case, here's some of what I captured during this past week. 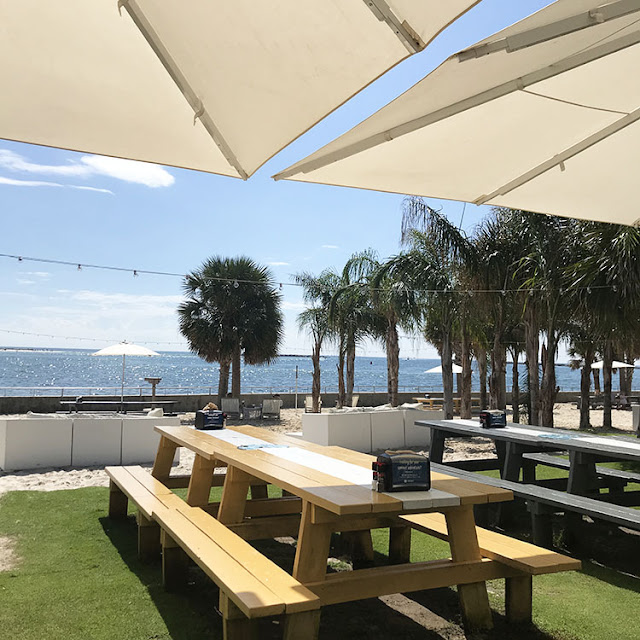 Pat and I were so busy with other obligations on our actual anniversary that we celebrated it on Sunday with a trip to the beach. First was a stop at The Gulf for lunch and a drink. 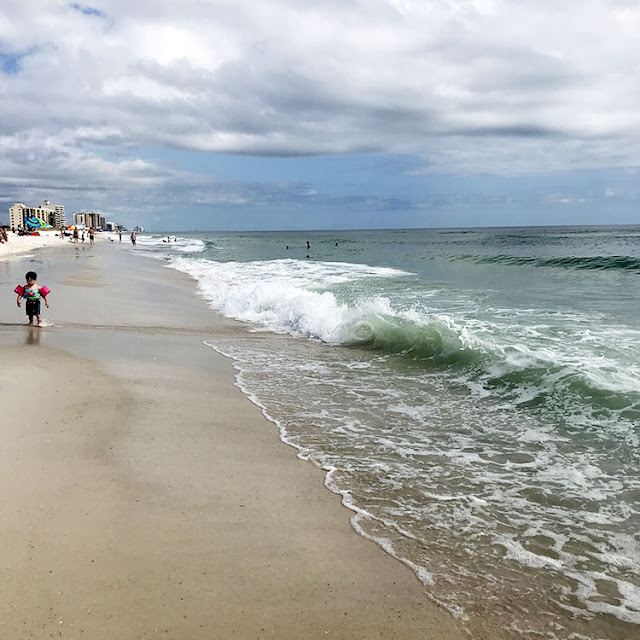 We had to make a stop to put our toes in the sand and the water. And, we were a little disappointed in ourselves as we didn't grab our swimsuits before leaving the house. The water was perfect! We had expected it to be chilly outside, but it wasn't. I ought to know better than to head to the beach without swimming gear. Ah well, it gave us time for our next stop. 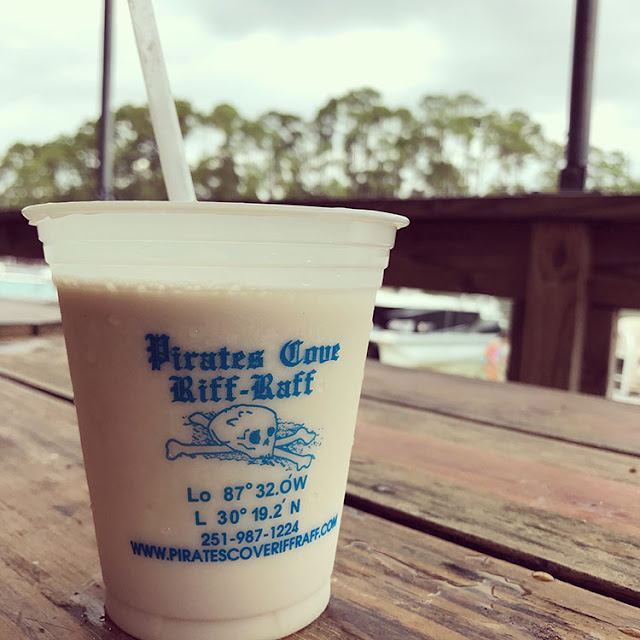 Rather than heading home the way we came, we veered into Florida then looped back around. As we were driving, we realized we were close to Pirate's Cove and needed to stop for a Bushwacker. Yes, needed! All in all, it was a beautiful day to celebrate our anniversary.

I did get a few pictures on Monday 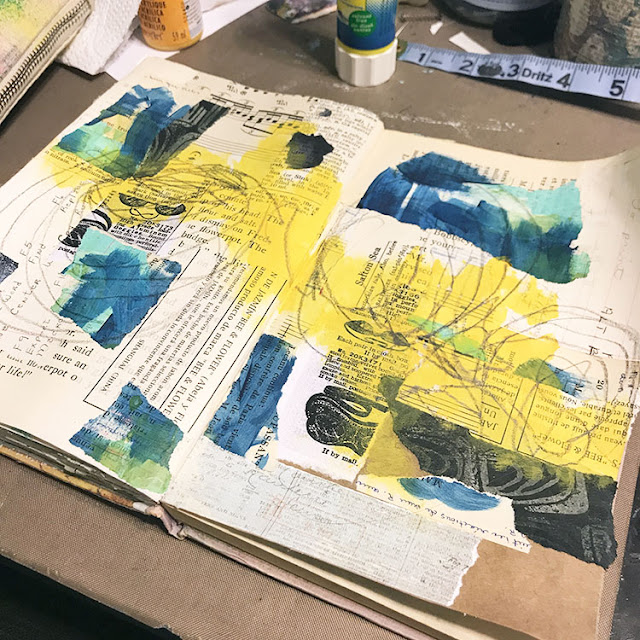 I started the day with a little art journaling, but that was all that I did all week. I can hardly believe it myself. 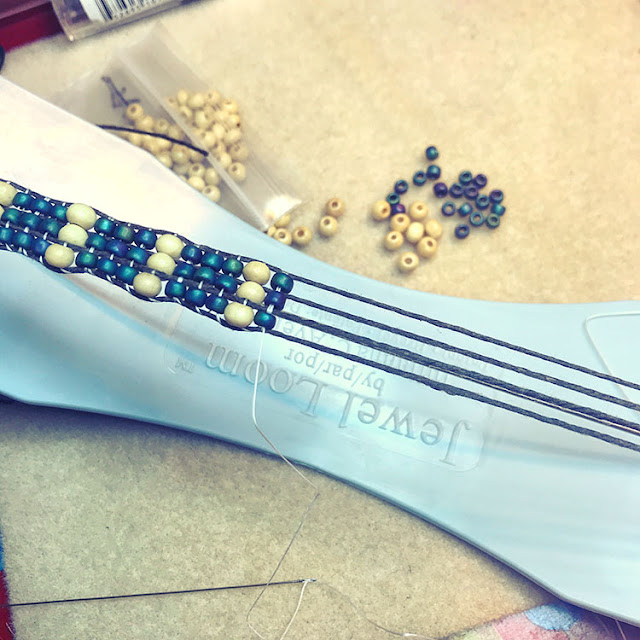 Instead, I got obsessed with this new contraption - a bead loom - and messed with it much of the week. Though, I only got one whole bracelet made all week. The rest of the time was spent experimenting with ideas. 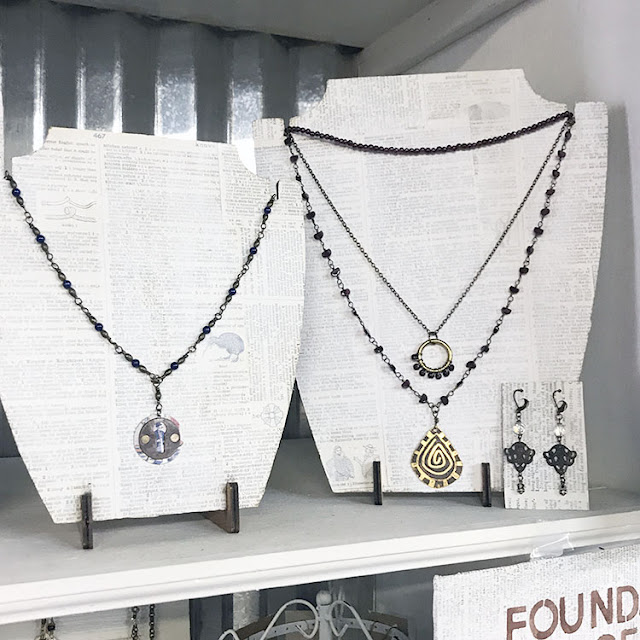 I did make it up to Southern Antiques and Accents on Monday to update the booth before Tuesday's Ladies' Night. 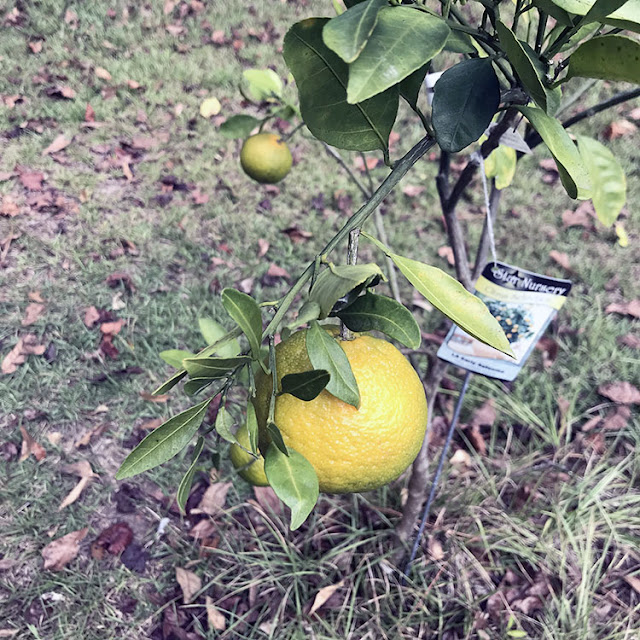 I also checked on my citrus trees. These Satsumas were starting to look ready to eat. I had seen some at my local farm market that were green on the outside and ripe on the inside. So, I thought maybe these were ready. They aren't. Thankfully I only picked one of them for us to try! We'll wait a few more weeks before we try again. 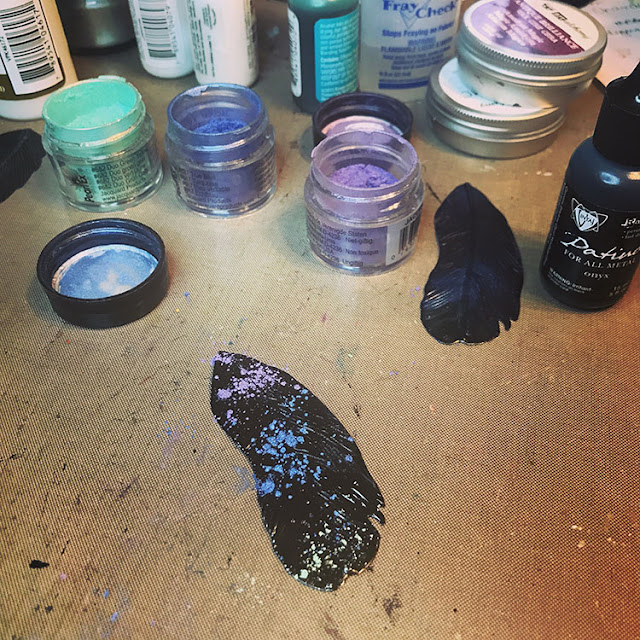 On Thursday, I played around with something other than the jewelry loom. You'll see the final reveal of this project tomorrow. (I have to admit that I did work on my bead loom bracelet design between drying stages of this project though!) 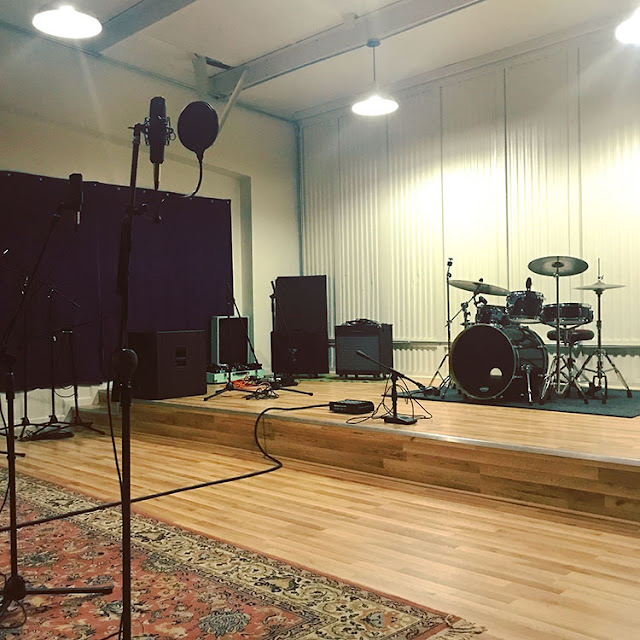 Once Pat was done with work, we headed up to his recording studio to move from one space to another. I helped haul a few things across the hall for him, but let him handle all the actual music equipment. I'll be sharing his site and everything soon. 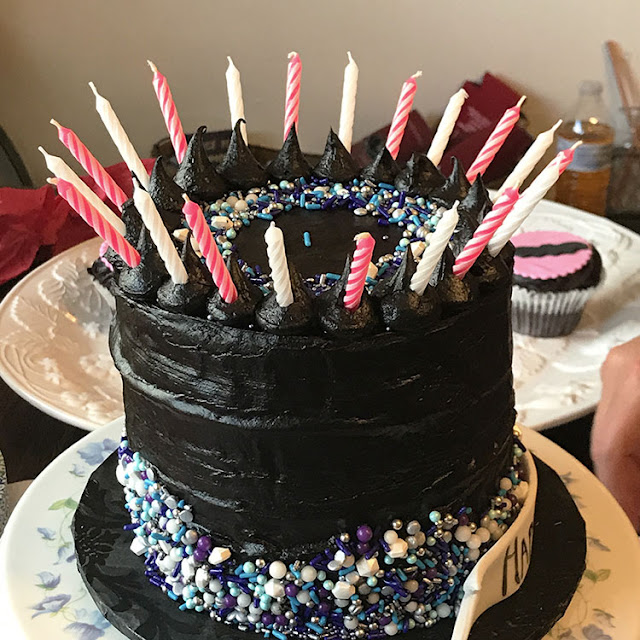 On Saturday, I headed to Mississippi to help surprise another friend for her 40th birthday. It was a lot of fun. And, I really do think she was surprised.

Before I knew it, I needed to head home before it got dark. I did let myself pull over to capture this beautiful sight. 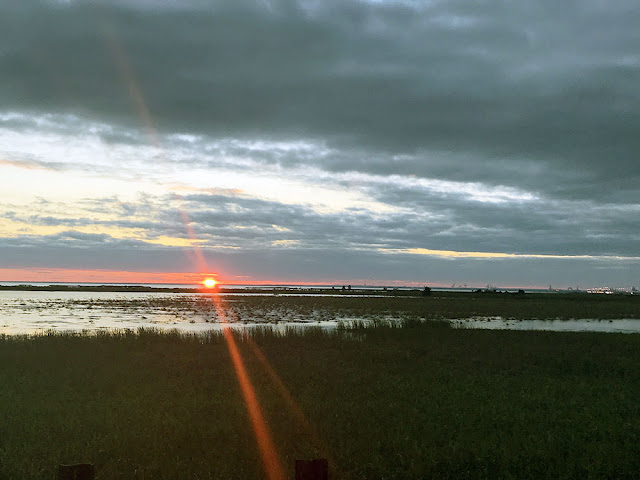 The sunset on Mobile Bay couldn't be resisted. I saw another couple of people pull over as well! 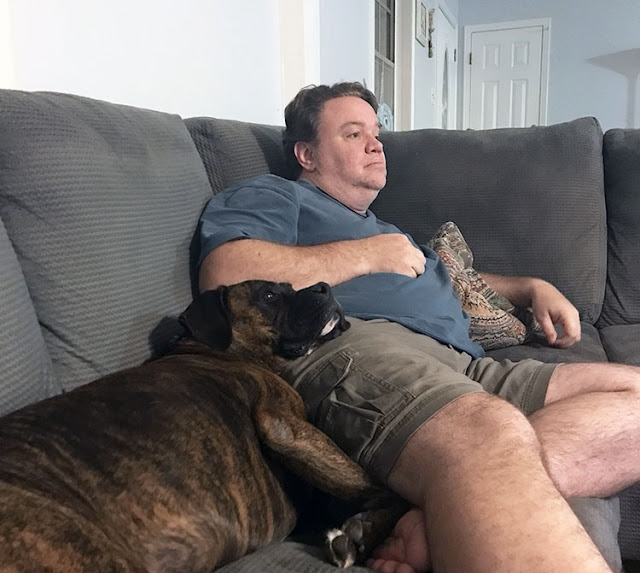 Alabama played a late game, so we settled in to watch as our team battled Tennessee's. It was a rough game to watch, but our boys pulled it out in the end.


As for inspiration for this week...

And, that was the week for me. I hope yours was awesome and that you're looking forward to an even better one ahead. I know I am!!
at October 20, 2019
Email ThisBlogThis!Share to TwitterShare to FacebookShare to Pinterest
Labels: anniversary, art journal, beach, beading, beads, friends, homestead, jellyfish, LOML, mixed media, Pat, SAA, week in review