I have to admit that I've been dreading this past week for weeks! And, I'm so glad it's over. Just about every day had something planned, and I just knew I would end up feeling rushed and frantic by the end of it. I was mostly right, but since I was expecting it, the panic wasn't as bad as I had anticipated.

We started Sunday with a trip to the hardware store. Pat needed wood for a project, and I wanted to check out the houseplants. As soon as we walked in the door, this guy caught my eye. 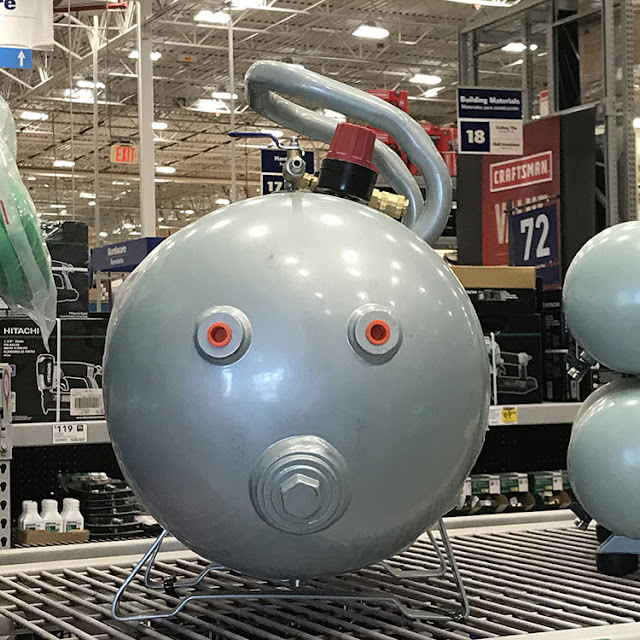 I wonder if the face on that air compressor is intentional. It's just so cute!

I did get a few plants too! 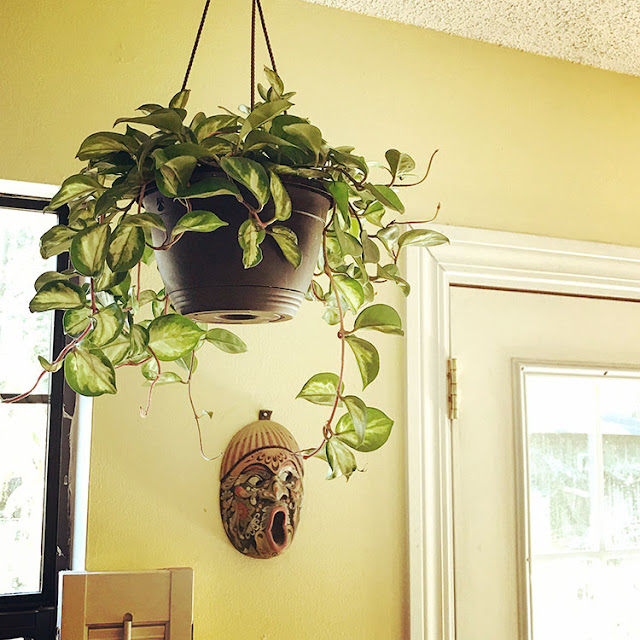 It makes me so happy to see green things growing in the house. Now to keep them alive!

After taking care of a few things, we had puppy fun day. That means we took Zoe for a walk at a local nature preserve. 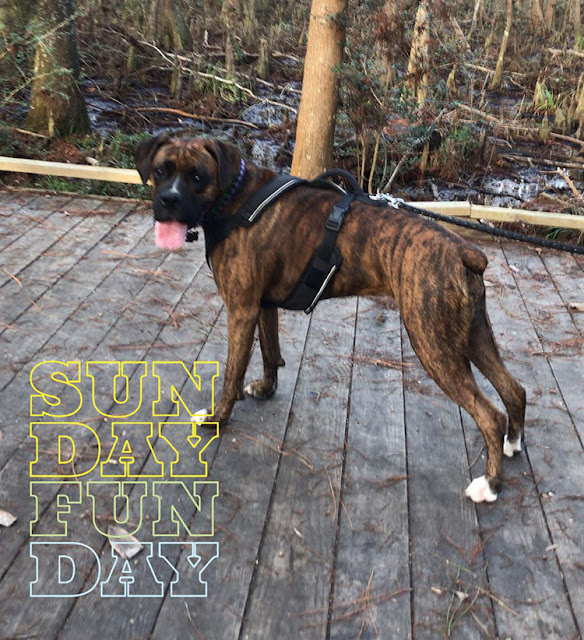 We all had fun, bot just the puppy.

I spent most of Monday working on the Allegory Gallery Design Challenge of the day: using a favorite gemstone. I chose a large labradorite bead and decided to work in some tin too. 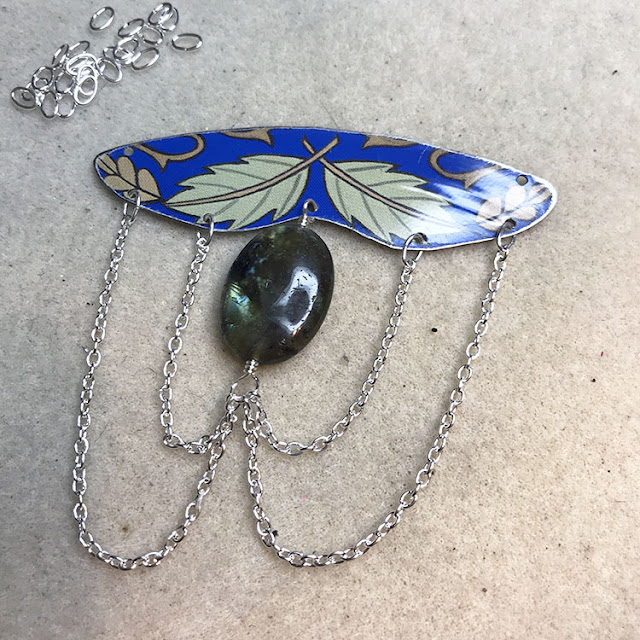 This was my first idea, but I just wasn't feeling it. 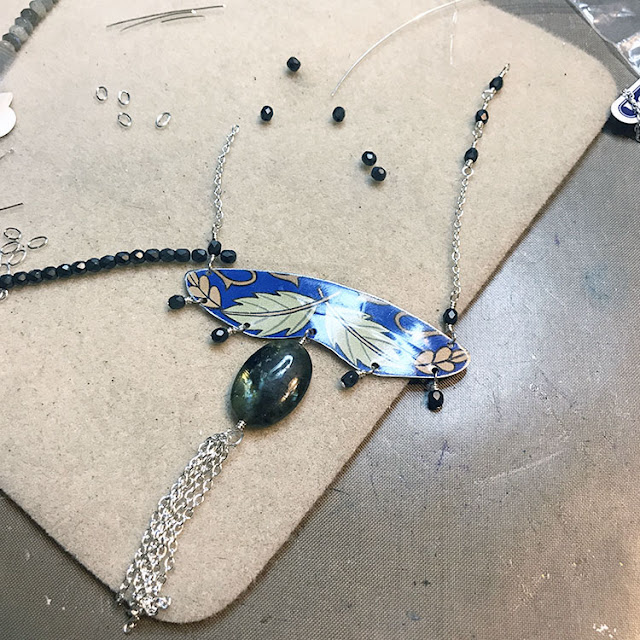 I also spent a portion of the day baking brownies. Of course, Monday night's activity was what really had my attention all day. It was the College Football National Championship game. 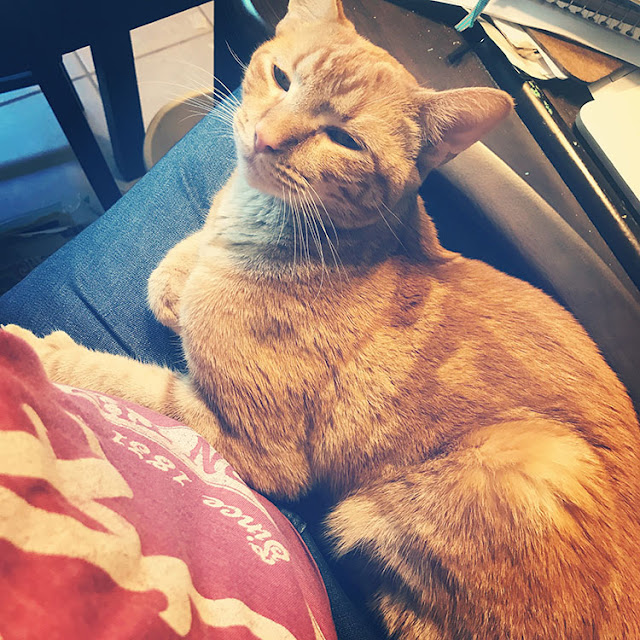 Tuesday was running around with grocery shopping and a meeting in the evening.

On Wednesday, I was at my mom's. It had turned chilly, but the camellias seemed plenty happy. 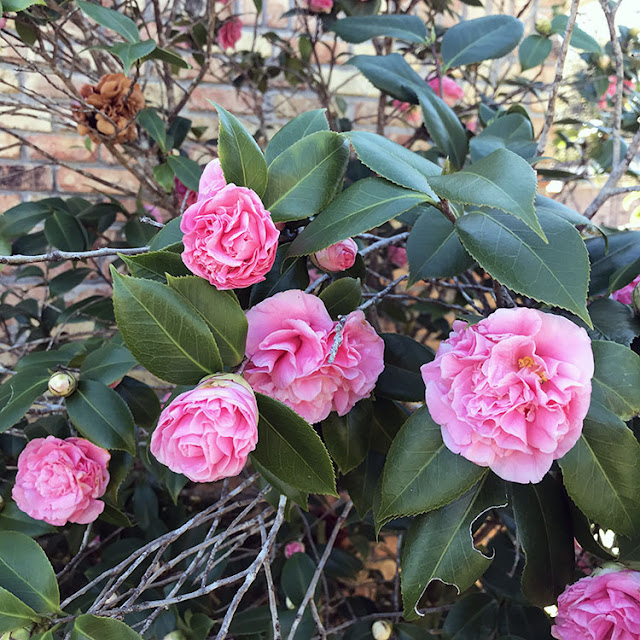 Thursday was a bundle of nerves as I was set to meet up with Tammie Everly from TTE Designs. We've been friends online for many years and knew we have a ton in common (including husbands with the same name!) The meeting went off without a hitch, except for some car problems she had beforehand. I think we hit it off and am hoping to see her again in the future. She even gifted me with some of her earrings (pictured below...keep going)

Friday was spent trying to catch up on chores and other tasks.
And, Saturday was another type of meeting and a few errands.

All the craziness of the week meant that it was tough to complete the challenges I've been working on. But I did okay. 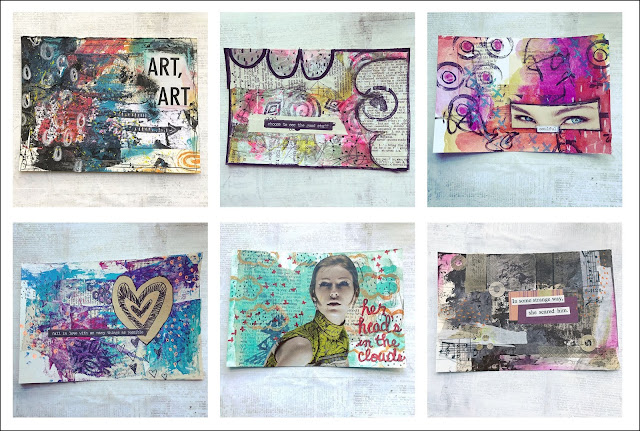 Of course, there was quite a bit of playing catch-up, but 6/7 of my cards for #UseItUpFillItUp2 were done.

And, I had to combine a few of the prompts for #BeadInTheNewYear for the Allegory Gallery Design Challenges page into one pair of earrings (the ones on the bottom left). 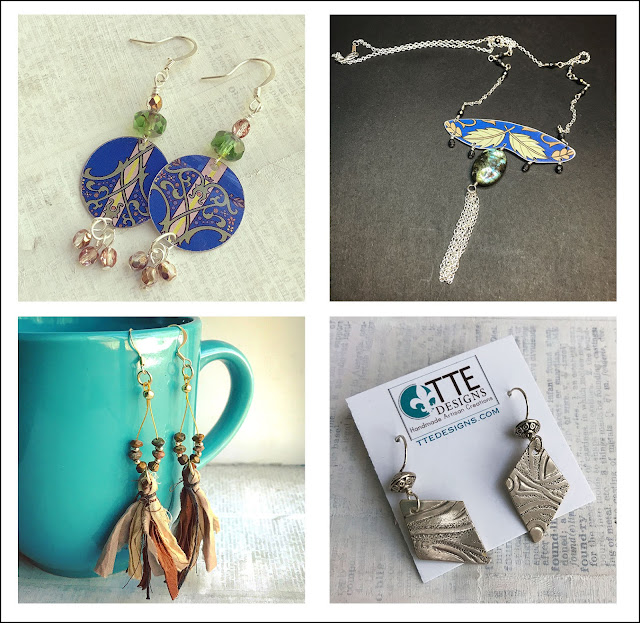 Tammie's earrings are on the bottom right because we were asked to share the work of another designer that we admire. Those earrings of hers are definitely something to admire!

And now, a little inspiration for you!


I'm looking forward to a much less busy week ahead, and hope to stay on top of things. I'm sure that's just wishful thinking, but a gal can dream! I hope your week is full of all kinds of awesome.
at January 13, 2019
Email ThisBlogThis!Share to TwitterShare to FacebookShare to Pinterest
Labels: challenge, football, jewelry making, pets, week in review