How's the new year treating you? It's definitely kept me on my toes. Here's a wrap-up! 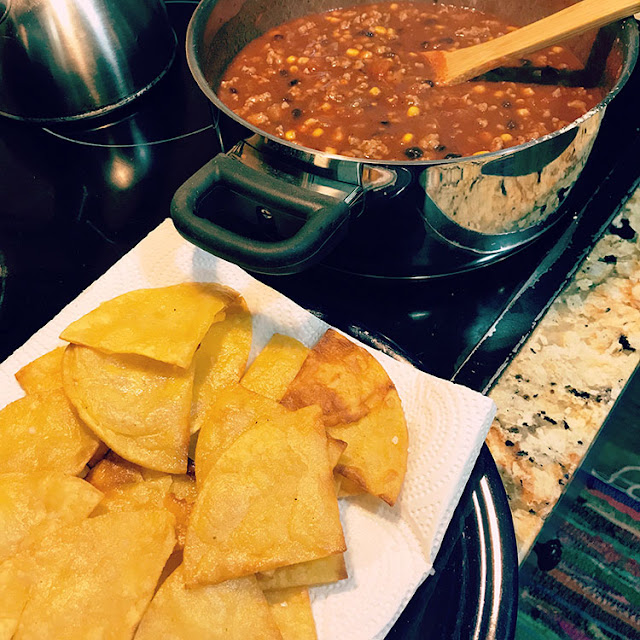 After organizing the craft room and putting away all the Christmas decorations, I realized that I didn't have the right ingredients for Sunday's planned meal. So, I got a little creative with what was in the pantry and made a version of taco soup. And, since we didn't have a bag of tortilla chips, I used the corn tortillas I did have to make chips from scratch. It was really a yummy meal and a wonderful reminder that limited materials often give us the greatest opportunity for creativity.

Monday was New Year's Eve, but we kept it low key. 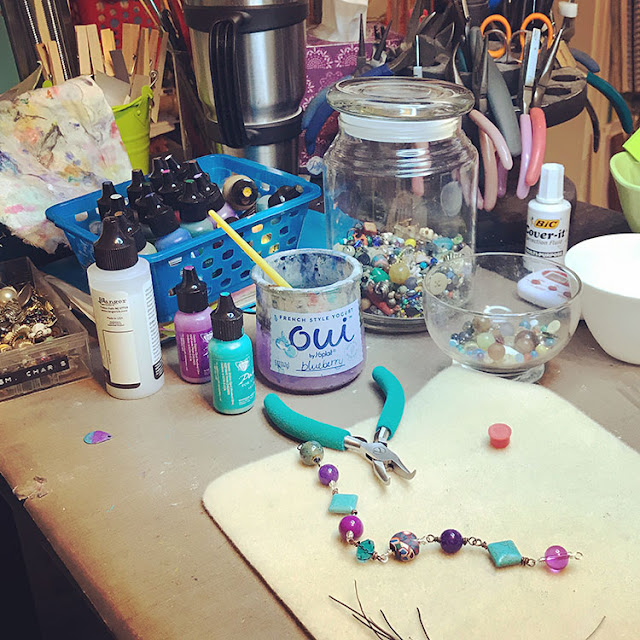 I started by messing up that clean craft room. 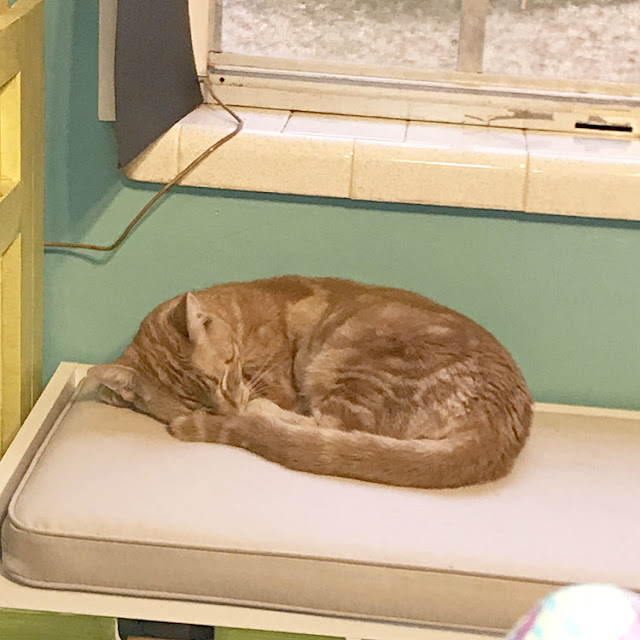 My craft companion all week has been this cutie who's claimed the window seat in the craft room. I guess cleaning it off was a good decision!

After some shopping, we brought in the new year on a rainy night together watching The Big Fat Quiz of Everything. 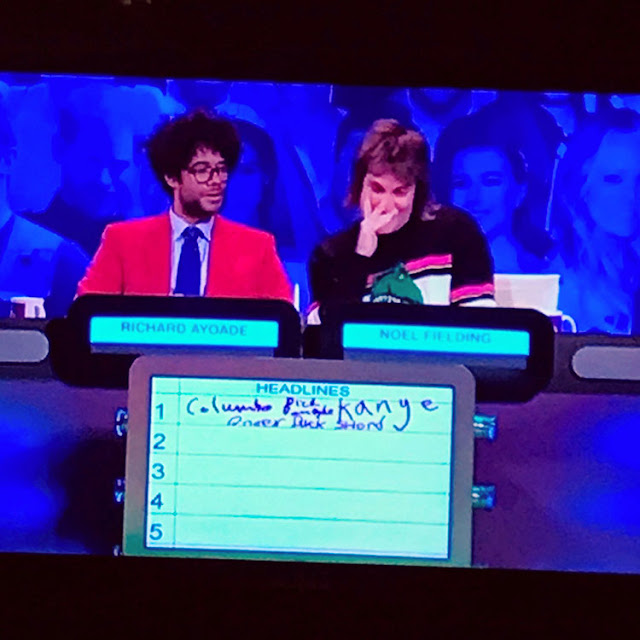 We really enjoyed ourselves.

Oh, and I finished up Carve December with these two. 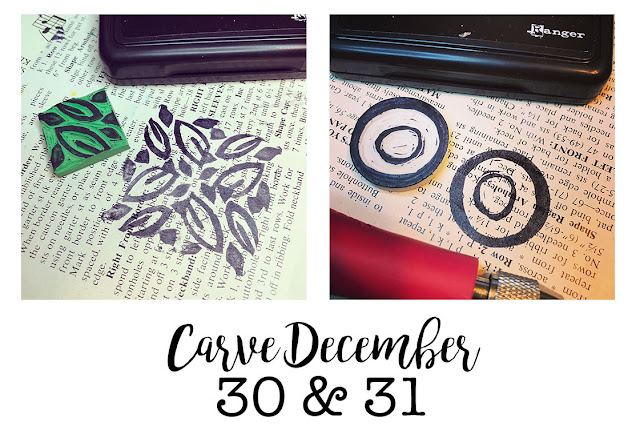 Since December was over, that meant there would be new challenges. I'll share more about all the challenges this month later in the week, but for now, I started on #UseItUpFillItUp2, an art journaling challenge hosted by Tiffany of @SouthernGals_Designs. Here's what I created this week. 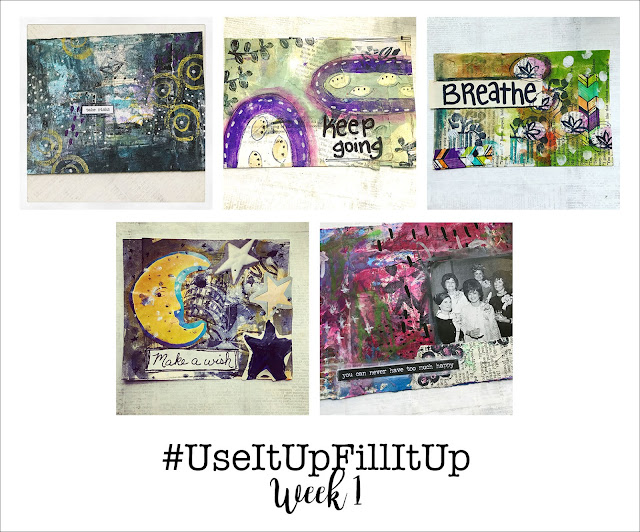 As well, Allegory Gallery is hosting a design challenge called Bead in the New Year with different prompts each day. In five days, I made quite a few pieces from these prompts. 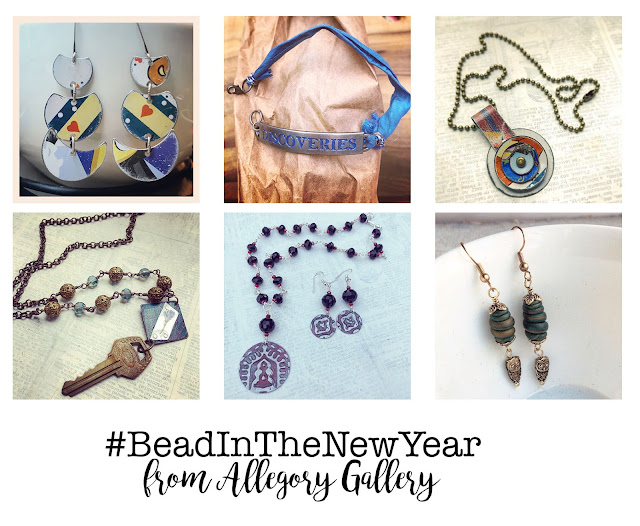 In any case, I wanted the first day of the new year to be full of creativity and these challenges really helped getting over the hump for the first day and beyond! Once my creativity was spent, I made our traditional New Year's Day dinner. 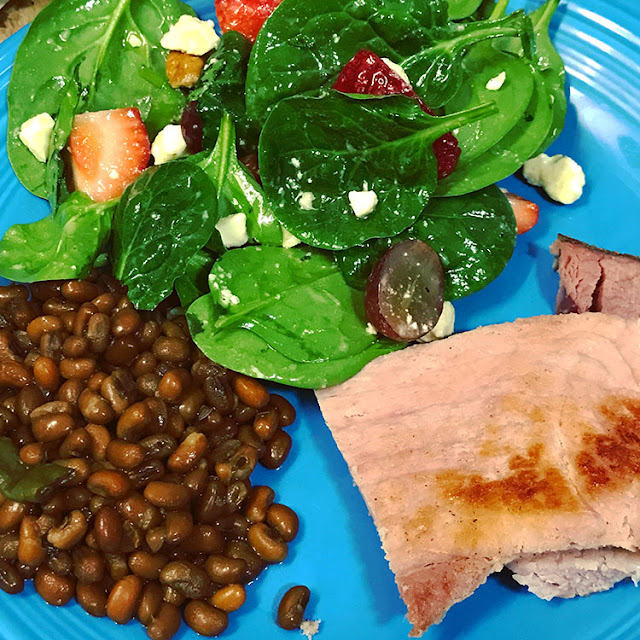 It's a Southern tradition to eat pork, black-eyed peas, and greens on January 1st for luck and prosperity in the new year. Our dinner was a version of that, just in case.

By Thursday, the constant rain was beginning to get to me. It had rained nearly every day for over two weeks. Our driveway was a mess! 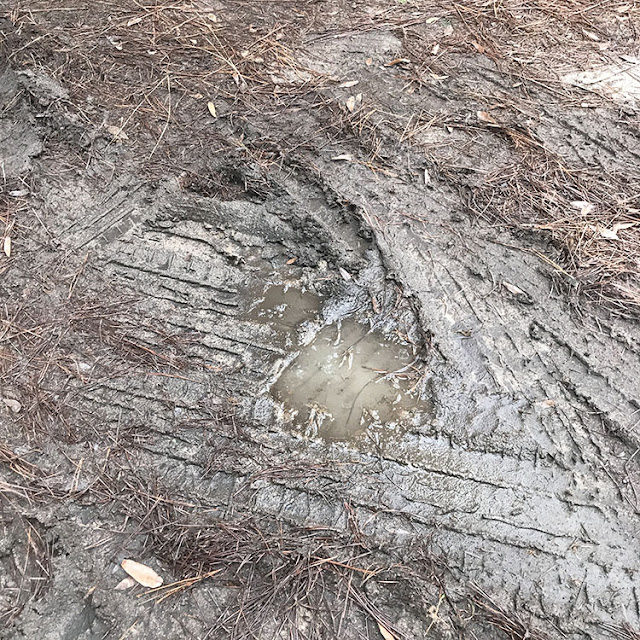 And, the dog was getting a little stir-crazy too. I tried to make sure she got a little indoor playtime. 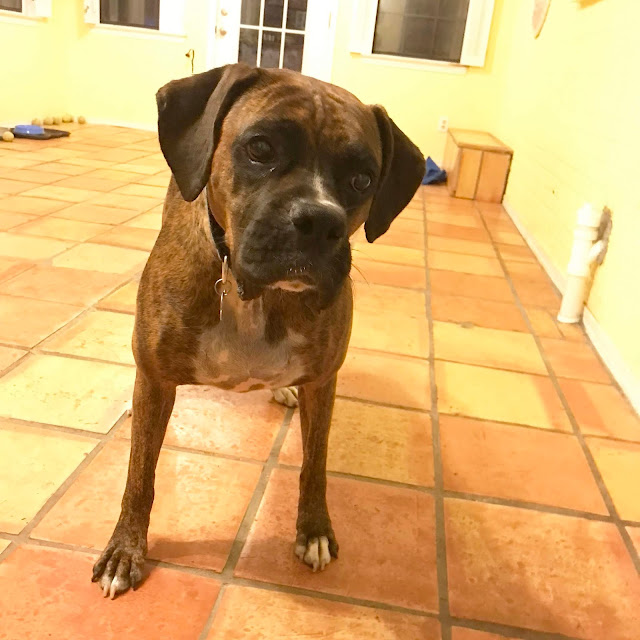 This is her "Throw the ball please!" face.

And, Rosalina even got to be a necklace model. 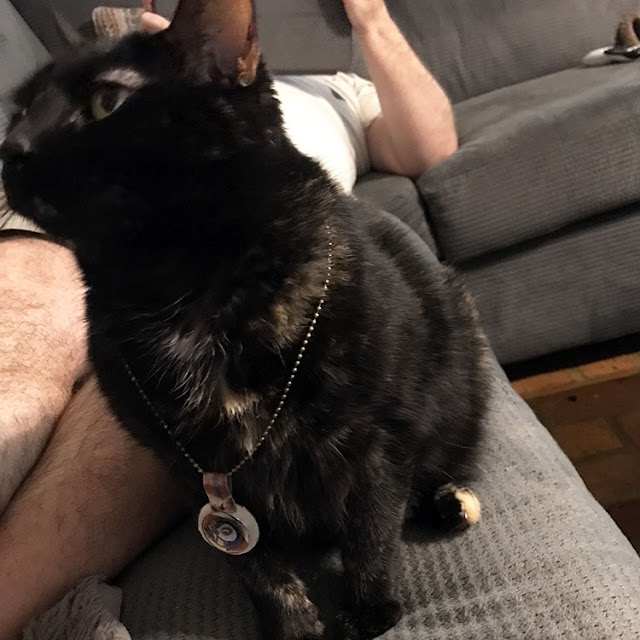 See, we were all a little stir crazy! 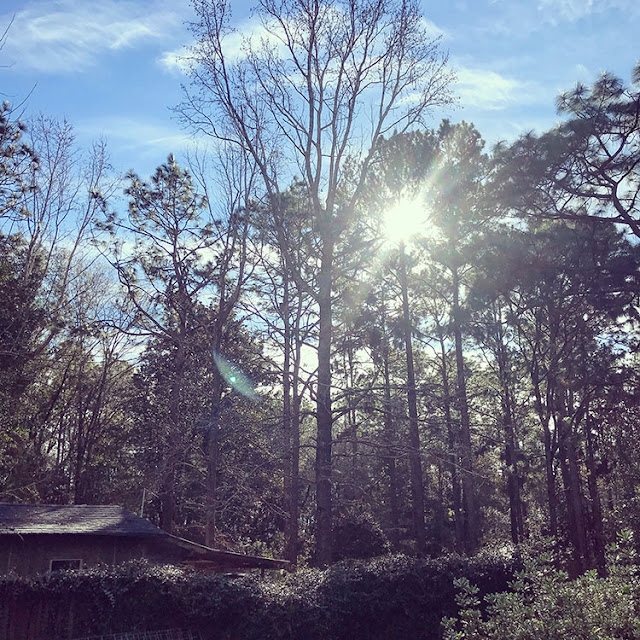 On Friday, the clouds cleared, and we saw the sun again. It's been glorious. I spent most of the day cleaning the house trying to get the damp out!

Saturday was full of fun stuff. We started the day with a garage sale in the neighborhood. I may share my finds in a post later. From there, it was off to the local Habitat for Humanity thrift store where this beauty sat outside near a FREE sign. 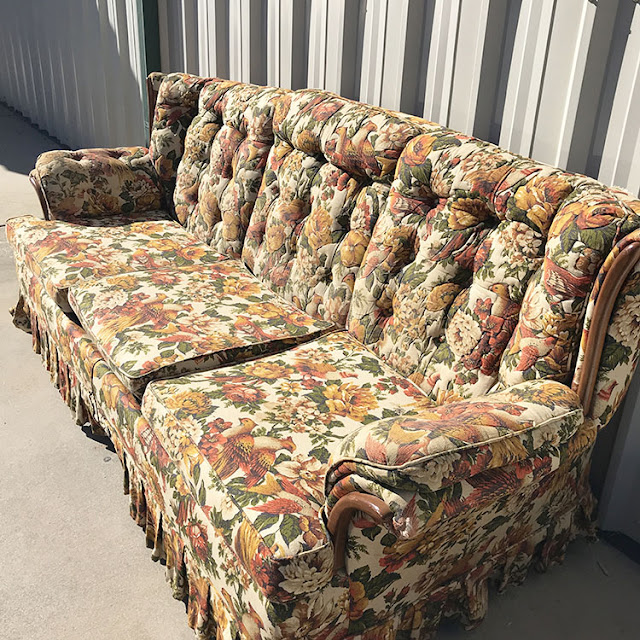 From there we hit Fabrics by the Pound, a massive fabric store. I couldn't stop drooling over the yummy bolts. 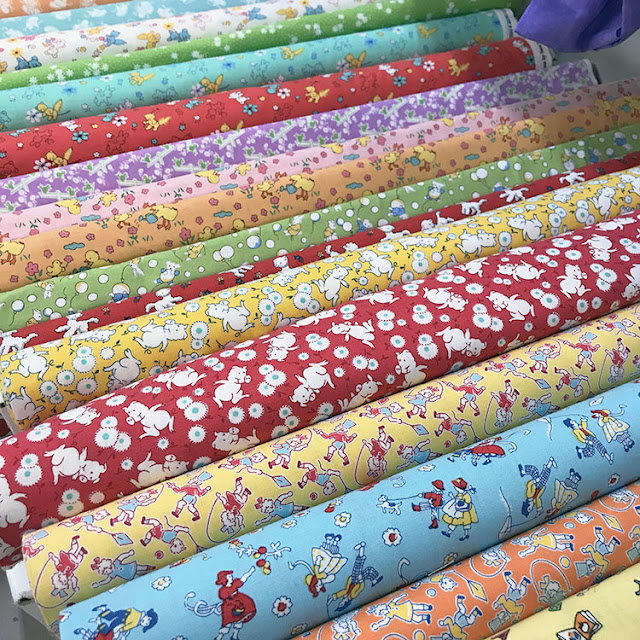 Alas, we were there for something else entirely and didn't have much time since my Sister-in-law was heading to our house to use the shop tools.

While we chatted with her on the deck, I spied this. 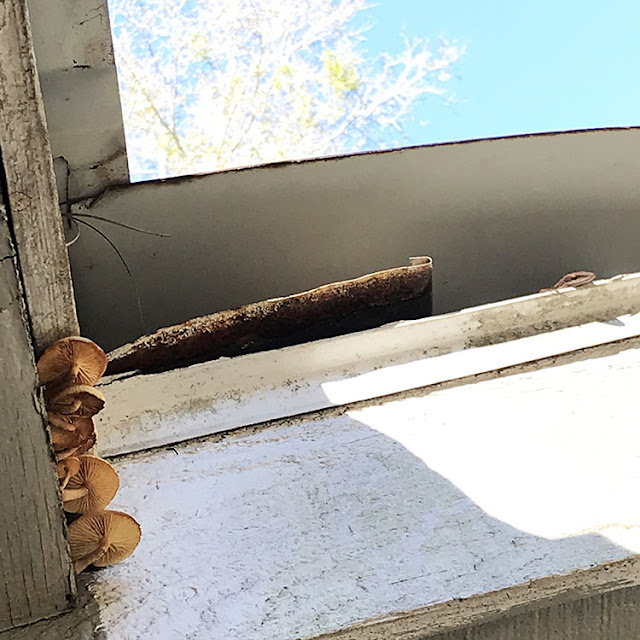 There are two features in this picture. First, the crop of mushrooms growing out of the soffit on the left bottom of the photo. Second, there's the little lizard poking his head over on the right of the photo. Fun stuff, huh?

To end the day, I tried my hand at making homemade flour tortillas with the tortilla press I received for Christmas. 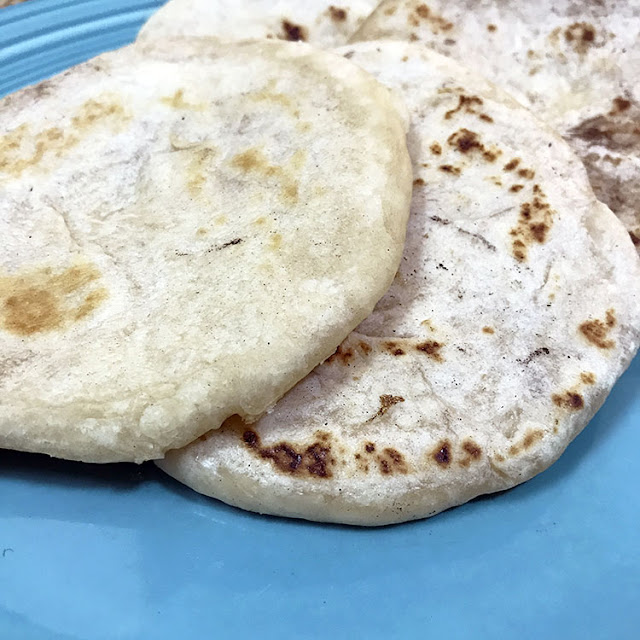 They tasted fine-ish but were...pouffy. I think a recipe without baking powder might be what I'm craving, but all the recipes I found were about the same. I'll have to do more research. Anybody have a good, flat tortilla recipe they want to share with me?

And, before this post spreads into this week, let's get to some inspiration.


We've already had a long and fun Sunday, that's why I'm posting so late, but I guess I'll give you a peek next week! I know my calendar for this week is crazy full, but I do hope it's crazy full of awesome.  I hope you have a really awesome week too!