Each week, these peeks help me keep up with just what I've been up to, and give you a little look at how I've filled the days too. 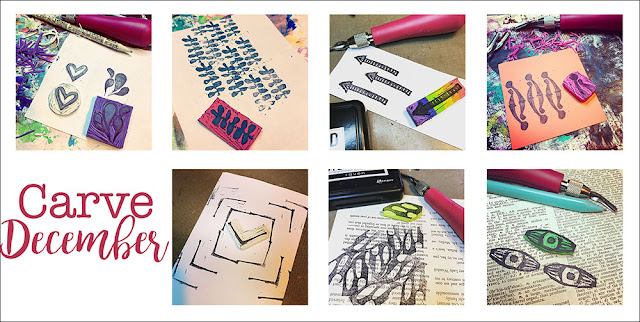 Let me start by saying that I was able to participate in #CarveDecember each day. That in itself is pretty special considering how busy I (and most of us) am this time of the year. 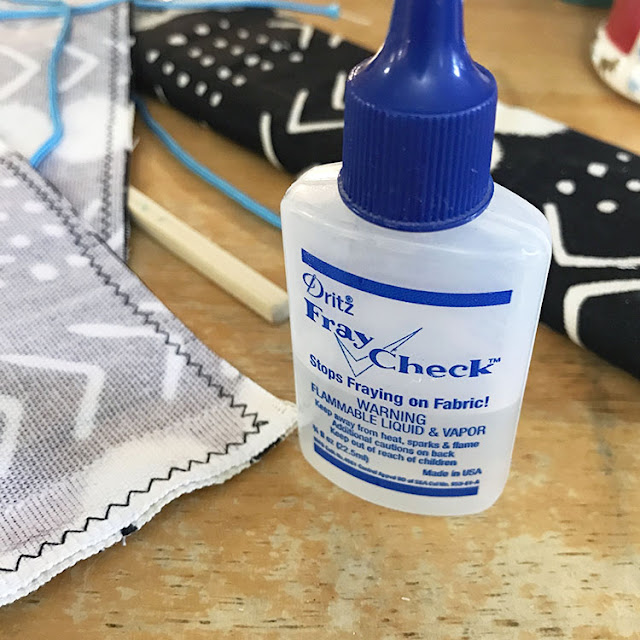 Speaking of being busy, I spent some of Sunday in front of the sewing machine working on a few gifts. I don't want to ruin any surprises, so here's a glimpse that doesn't give too much away. I love using this Fray Check stuff on exposed edges to keep the fabric from coming apart. 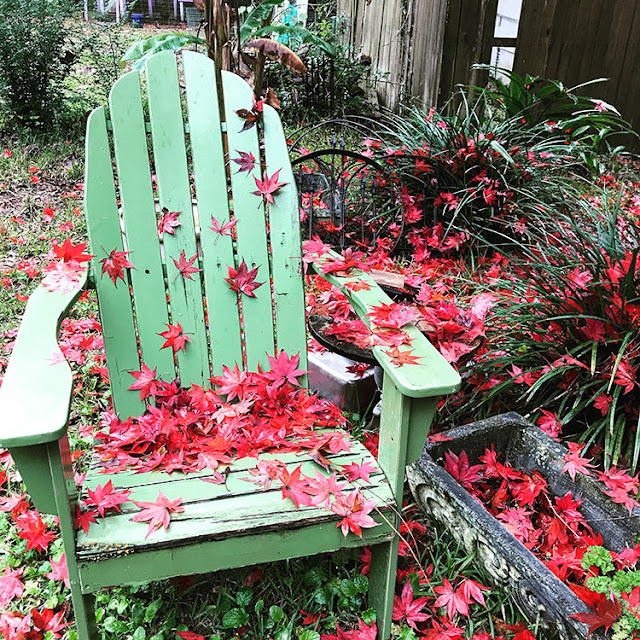 From the kitchen, Pat spotted these leaves stuck to the chair in the backyard. The contrast was amazing and had to be captured (and shared!) 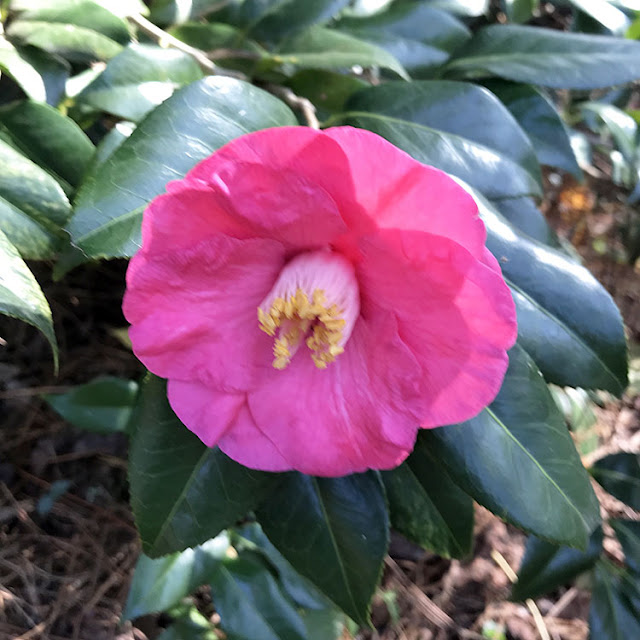 Walking Zoe around the property on Monday, I noticed that the camellias have begun to bloom. My stepfather thinks it's weird that they bloom in the winter and has called them "Those crazy winter flowers." I think it's nice to have that pop of color even in the cold months. 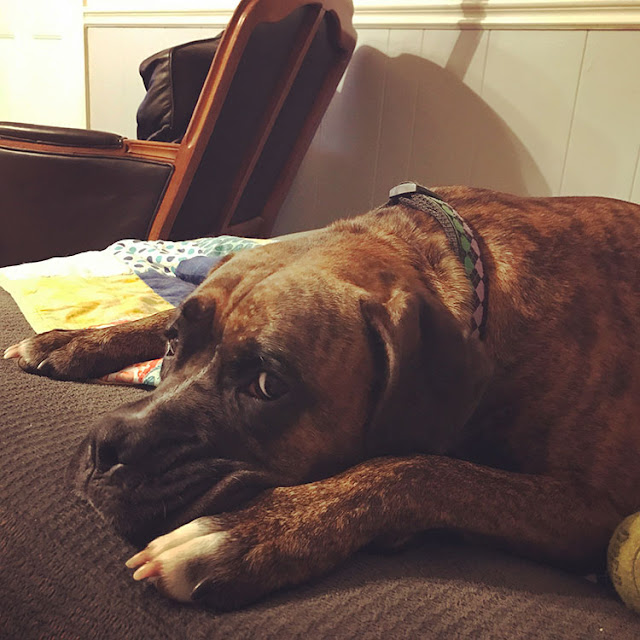 Also on Monday, I was reminded that it had been two years since we brought home this puppy-baby. Awwww!! 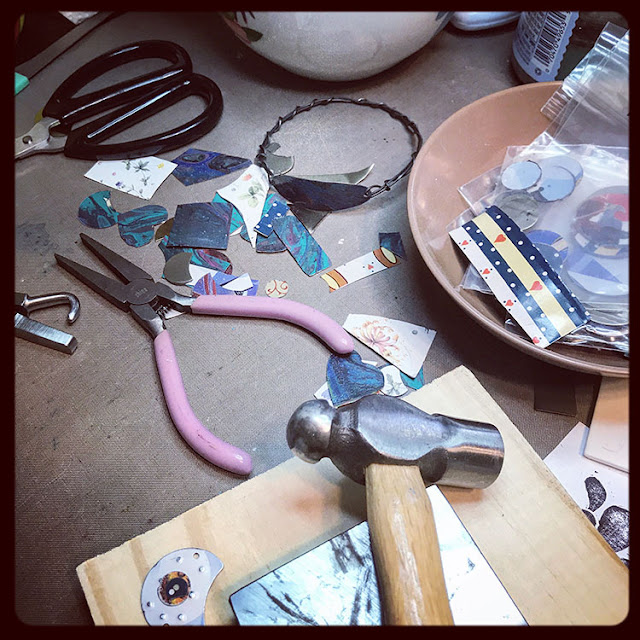 I was itching to make some jewelry on Tuesday so I pulled out scrap tin and worked away making a few neat wire and tin bangles. 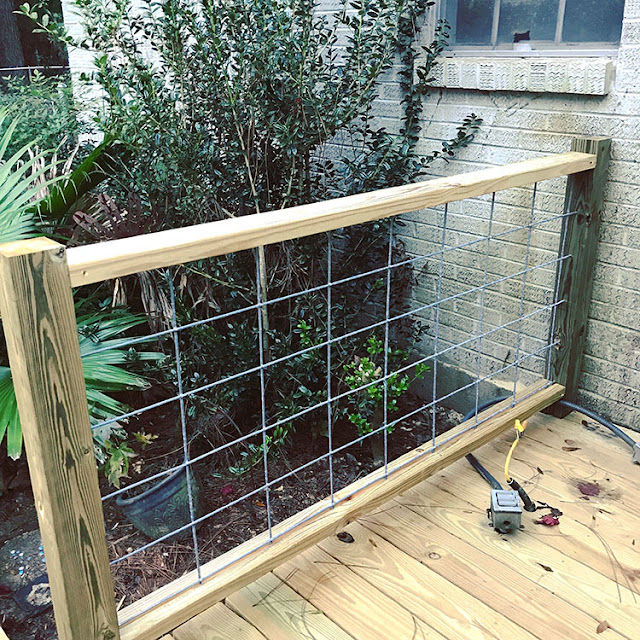 After work, Pat set out to get a little bit more of the deck done. He was able to install two of the railings with the cattle panel. I love the farm-like simplicity of it. 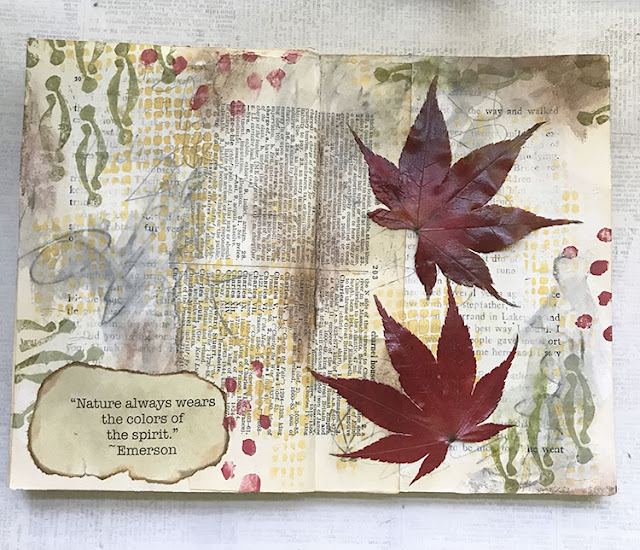 Since the Japanese Maple was quickly shedding its leaves, I decided to preserve a few of them in my art journal on Wednesday. I coated them with mod podge as they were stuck on the page, and the color is somewhat holding up. 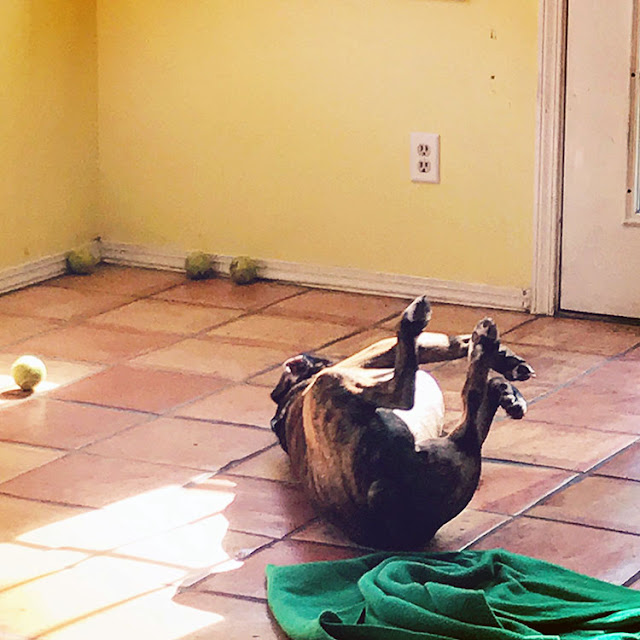 Zoe gave me a bit of a giggle when I found her sunning her belly. Isn't that the cutest? 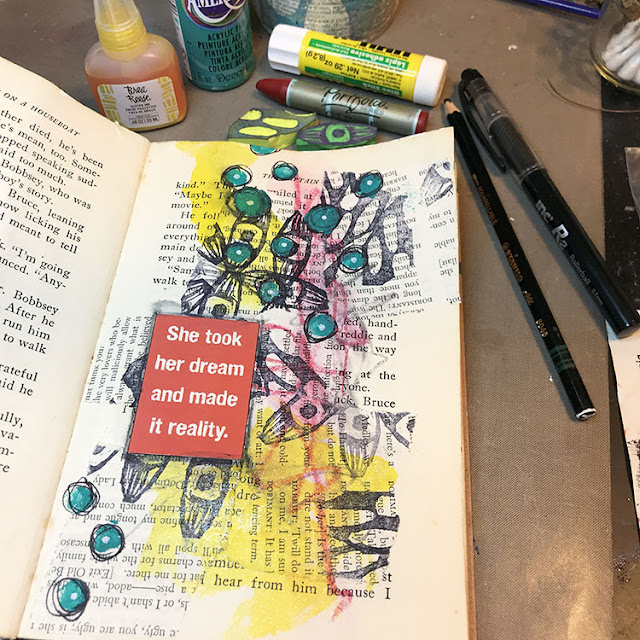 But, I eked in a quick art journal page before leaving the house. 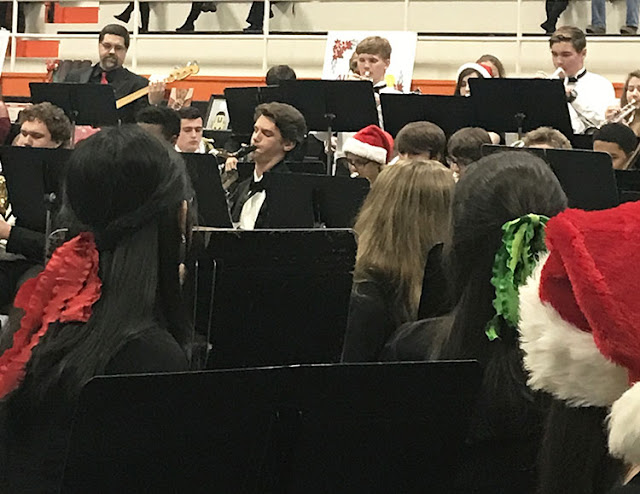 I first went to the Christmas Concert two of my nieces were in. You can just barely see one of them in this picture, but throughout the concert, both of them were so far in the back, it was hard to spot them. After the concert was a Christmas Party with some of the ladies (and their husbands) from my Mardi Gras organization.

It was a busy week, and this one is likely to be similar, but before things get too out of control, let me share some of the inspirations I found through the week.


Now it's back to all the lists. Here's hoping the holidays aren't making you too batty and that you have a little time to create! Have a fabulous week!