Some randomness for today.

Over the past few weeks I've decided to try to get serious about weight loss. Well, as serious as I personally can get. Pat and I joined the gym (again) two weeks ago and have steadily gone every weekday morning since we joined. (Yay us!) This is the THIRD time we've joined. As I recall, the other two times were late in the Fall as well. I guess there's something about the impending holiday feasting that makes us want to get into/stay in shape. However, we started out strong the other two times but quickly lost motivation. We were going in the evening after work and found that it complicated dinner-making, we often finked out because we were worn out after a full day, and we got sick not long after going (BOTH times). THIS time, we're trying mornings. It's a crazy concept for me as I'm totally not a morning person. . .at all. But, it seems to be working. I really hope it continues.

As well, a week ago I re-downloaded (that's a word, tight?) the MyFitnessPal app on my phone. It can also be used without a smartphone and just online. But, I like my gadgets. This app helps track your exercise as well as you calorie intake. I've always been one to steer away from any kind of calorie counting, but since I refuse to 'diet' this may be the best option for me. I'm really enjoying the fact that both cleaning and cooking are calorie-burning options on the app. A lot of the movement I get during the day comes from those activities. It's nice to see that calorie counter go down when I put in those necessary activities. As well, getting to see how many calories are in some of my favorite foods is really eye-opening. 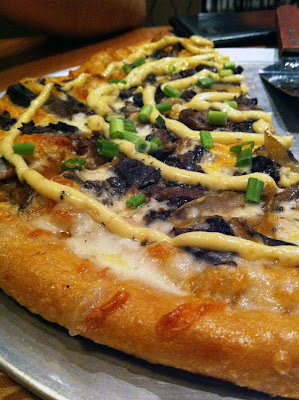 Pat and I had to run some errands the other night so we decided to pop in to Mellow Mushroom for dinner. We both had water, salads, and shared a pizza. I had almost 800 calories in that one meal. It was CRAZY! One slice of that yummy mushroom pizza was over 600 calories. ONE SLICE!! I was pretty relieved I ate the salad first to fill me up. Otherwise I might have eaten three slices. Eek!

I could go on about how much I'm loving this app right now (including that it already has most chain restaurant foods loaded, the ability to scan bar codes to add food, etc.) but I'm still testing it out. I won't guarantee that I'll still be using it in a month, but I'm definitely learning lots from it. There's a whole community feature to it as well that I haven't played around with yet. If you're a MyFitnessPal user also, feel free to 'friend' me. You'll find me as CraftyHope, go figure.

Now for the rest of Monday's business. . .which also deals with my calories; the Meal Plan!

Now, I haven't figured up what the calories are for these meals yet so I may be in over my head. But at least I'll know where I stand at the end of each day! There's more Menu Plan Monday at I'm an Organizing Junkie.

Oh! And before I forget. . .Rebecca at Songbeads is having a Guest Post Giveaway of some Bo Hulley Beads. There's about seven different ways to enter. Go pick yours! 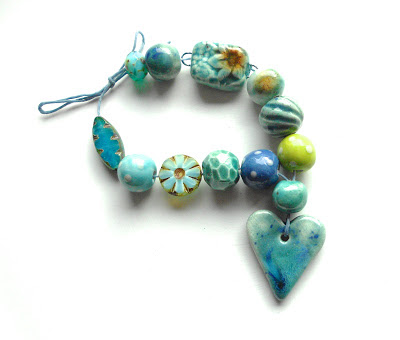