I really love this month's inspiration photo from Sarajo and Eric of SJ Designs Jewelry for their Honey Do List challenge. It's moody and dark and mysterious.

I have to admit that it took me a little while to get to this challenge even though I saw the photo at the start of the month and adored it then. As soon as I took a second peek, I got to gathering and making. The first thing that struck me was the darkness of it, so I knew I needed black. Then it was the...pointiness of it - the beak, the feathers. So, I dove into my stash of chandelier crystals for a dagger crystal to use as a pendant. 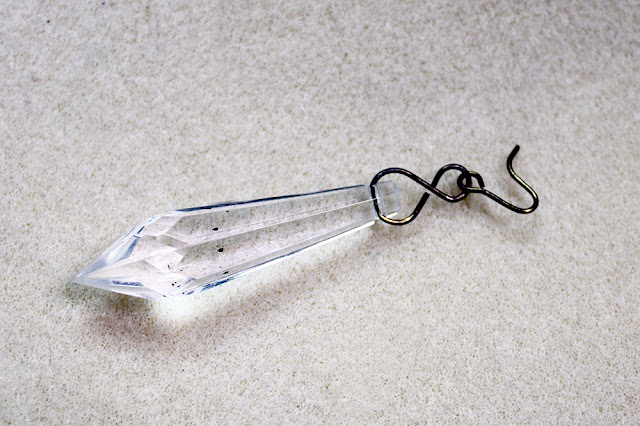 I found this plastic variation that had apparently been an earring. It wasn't quite "dark" enough for me. So, I altered it with black alcohol ink. 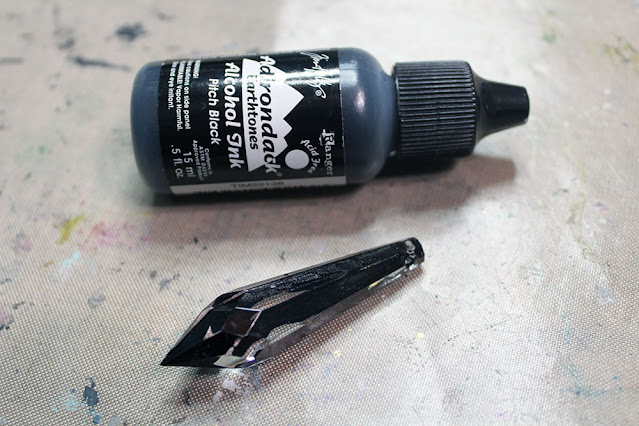 It's kinda hard to see, but I just dripped some of the ink down sections of the "crystal" so that the black only covers some of it. 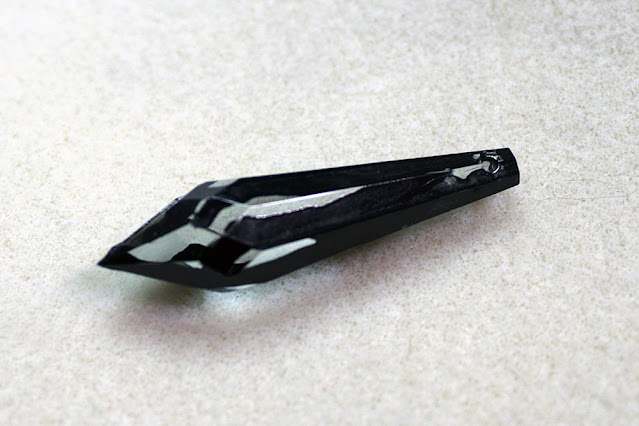 From there, I collected beads that went with the dark, goth look I wanted. 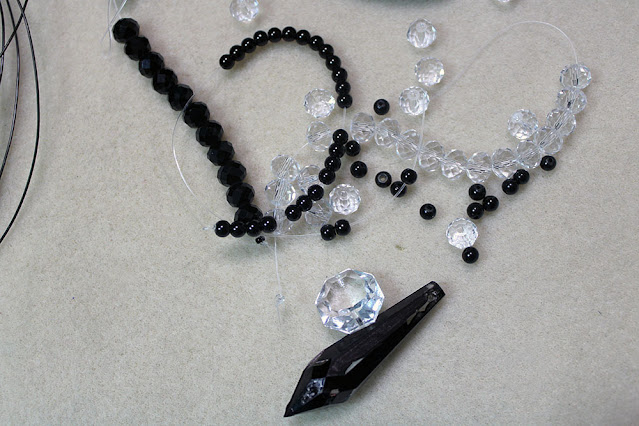 I kept to a simple palette of black crystals and pearls along with clear crystals. I also added a real chandelier crystal connector that would be used to help complete the pendant and give it a little more weight. Then, I began making the chain. 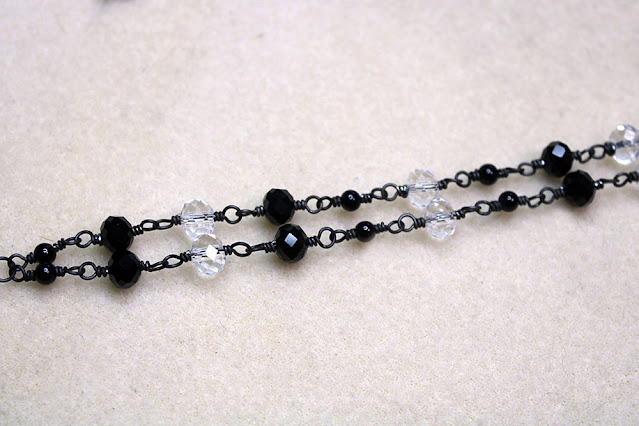 I used some cleaned and sealed annealed black steel wire to connect the beads via wrapped loops.  This made up the front part of the chain for the necklace. I finished the back of it with gunmetal chain. 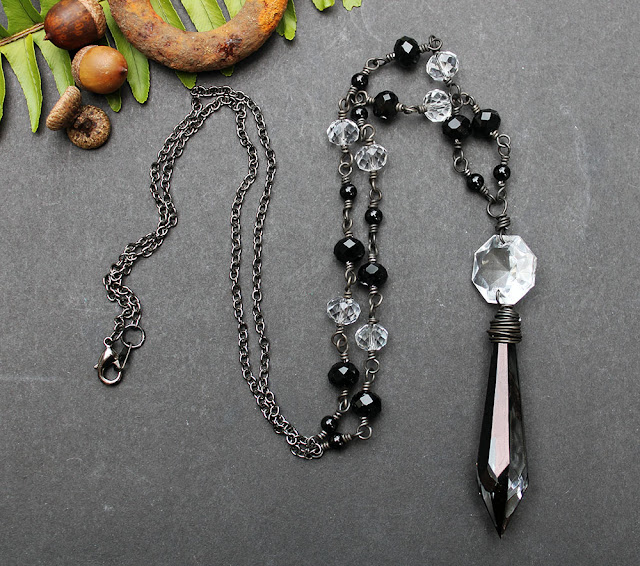 I have to admit, it's exactly what I wanted. 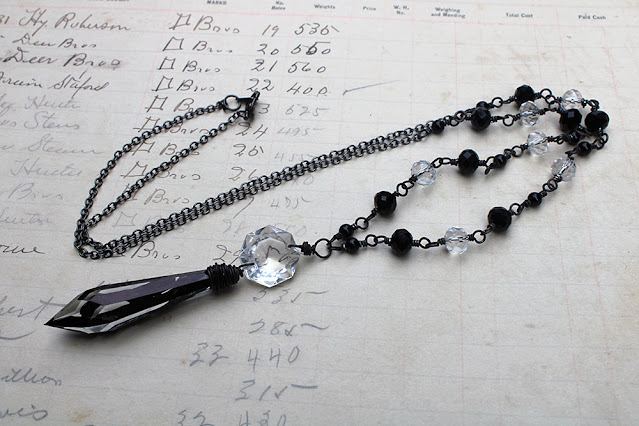 I'm actually kinda relieved that I found the plastic "crystal" so I didn't have to try the alcohol ink technique on one of my real crystals. And, getting to upcycle a salvaged earring is great also!! 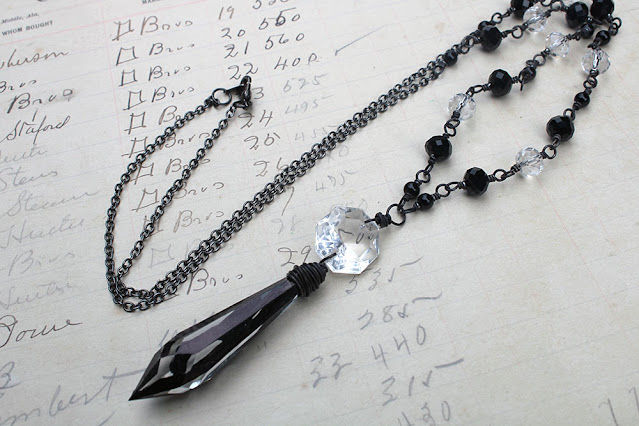 Thanks as always to Sarajo and Eric for the inspiration for this necklace. I'm anxious to see what Sarajo and any other participants made. Check out her SJ Designs Jewelry blog. If you're inspired by the photo, make something and make sure to share it on Sarajo's reveal with the linky tool. She'll have it open for several weeks.