We're on vacation this week. It's really a staycation because we have loads to do around here and enjoy our area. So, we're not going too far from home. As such, I'll likely still be creating almost daily and trying to share on social media too (hence this post).  As of late, I've been on a real kick of combining tin shapes with thick-gauge wire and other little tidbits. And, this is totally the fault of the Honey Do List Challenge from Sarajo and Eric of SJ Designs Jewelry. 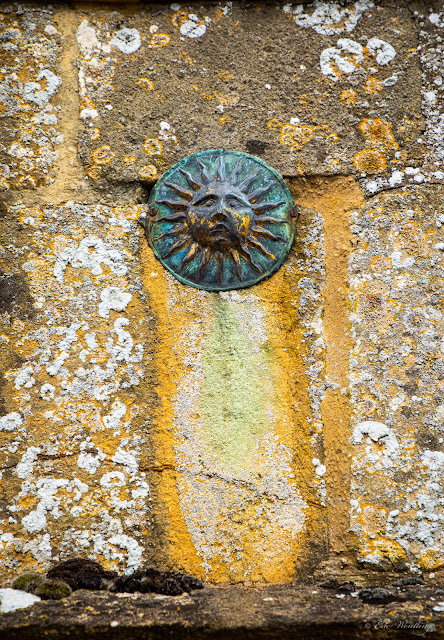 The inspiration photo (above) from Eric this month really struck a chord with me in terms of how pretty it is. But, I struggled to come up with jewelry inspired by it. Finally, I made myself look hard at it and decide what it was that appealed to me. I realized that I was drawn to the patina and age of the sun as well as the golden yellow hue running from it. All of a sudden, I had an idea, or at least something new to try. 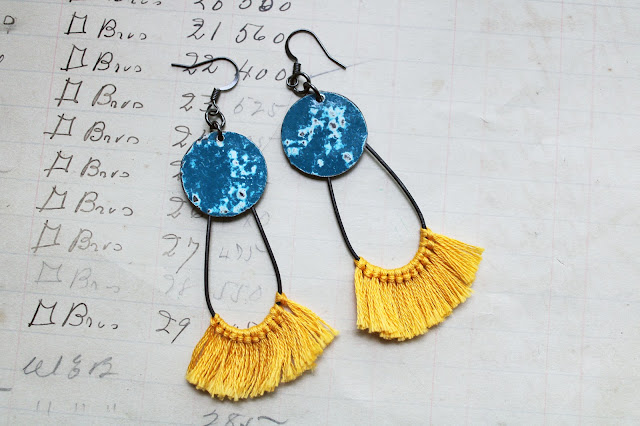 I found the teal discs already cut out in my stash. From there, I used a texture hammer, a sanding block, and Novacan black patina* to give the tin some age. Then, the wire was shaped, and I added embroidery floss fringe in a striking mustard gold. (Something about the little golden tassels reminds me that it's also graduation season.) 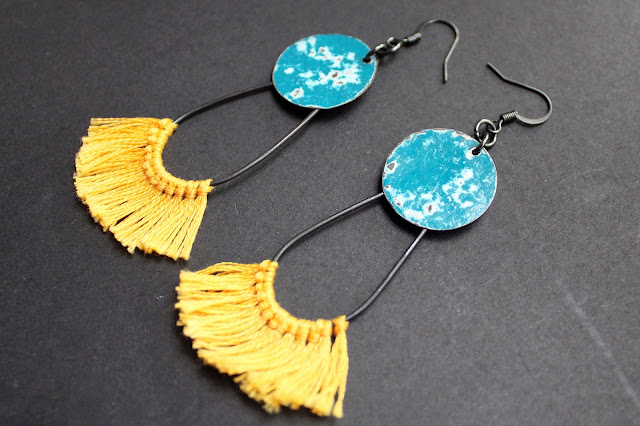 I'm absolutely smitten with these earrings and even wore them the whole rest of the day after I made them.

And, they got me wondering about other takes on this idea. So, I cut more tin, shaped more blackened steel wire, and wrapped beads along the wire. 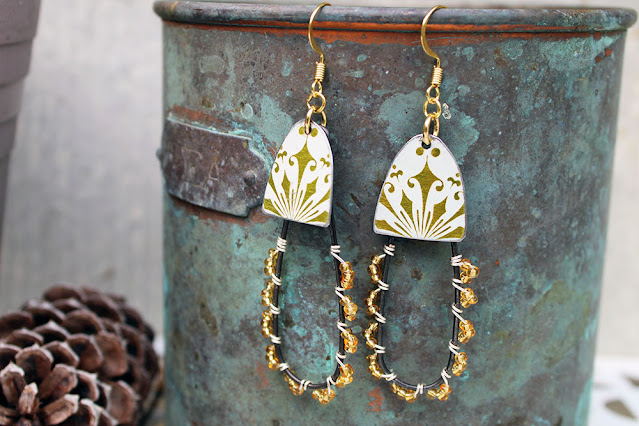 Needing to make more, I turned to my copper wire for a different look. And, I decided to try dangling beads from the tin. 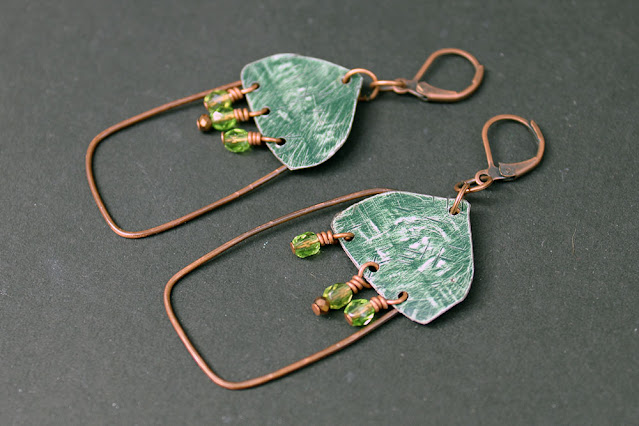 I had two small snippets of that copper wire left on the desk that were mocking me, so they became stems that are riveted onto a couple of tiny mushroom caps. 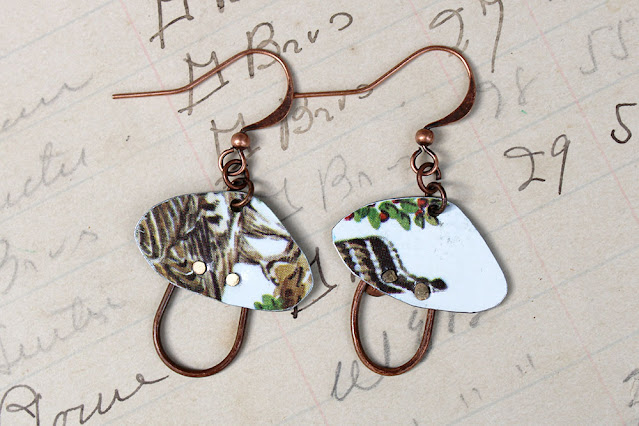 And now, I want to make a whole line of earrings (and maybe pendants) that combine tin, wire, and who knows what else (probably more beads.) All this snowballed from one inspiration photo. Granted, only the first one has anything to do with the inspiration, but the rest wouldn't have happened without that photo. So, I'm sending a big THANK YOU to Sarajo and Eric for the inspiration. As well, I encourage you to head over to SJ Designs Jewelry to see what Sarajo and the other artists made! Maybe you'll get inspired too! Now, it's back to "vacationing" for me.

*As an Amazon Associate, I earn from qualifying purchases.

at May 02, 2022
Email ThisBlogThis!Share to TwitterShare to FacebookShare to Pinterest

This past week, I helped my mom clean out an old truck of my grandmother's and took a pile of mementos home with me. As well, I visited ...