Yeah, I know it's been a good while since I've given you a peek. Something about these weekly updates began to stress me out and feel like far too much work. So, I took a step back. Well, it feels like everything else also came tumbling down from there. While I don't want to build these posts up to a level that stresses me out again, I do enjoy sharing little snippets of my week. As I contemplate how to restructure these posts to a format that suits me a little better, I'm going to try to keep these fairly short. So, here goes! 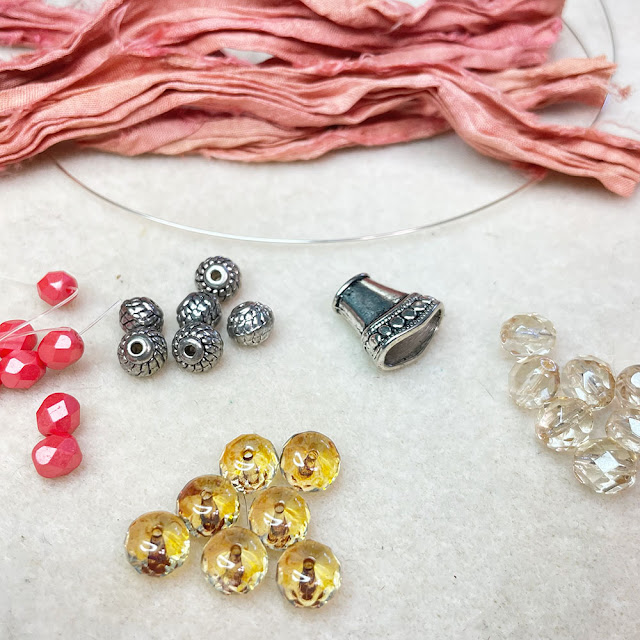 I'm a member of The Ugly Art Club, and the end-of-the-month "Campfire Chat" was on Sunday. While I tuned in to the Zoom meeting, I worked on a necklace design to keep my hands busy. 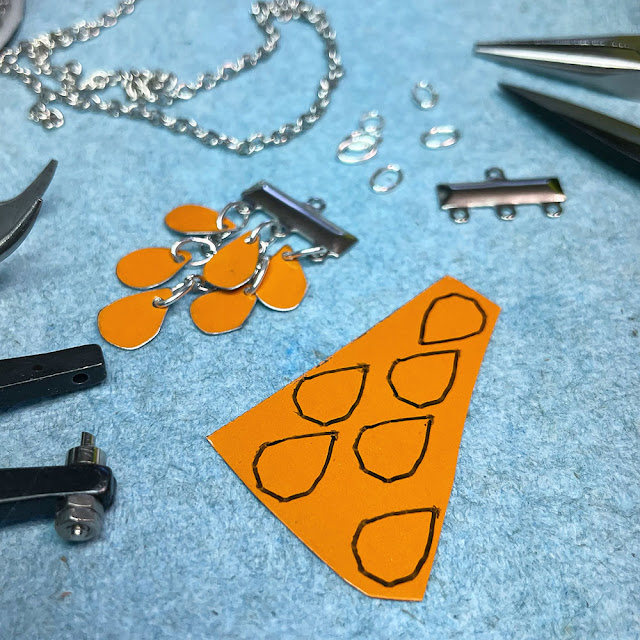 As always, Monday was busy with errands. But, I snuck in some time to begin testing out an earring design idea that's been poking at my brain. 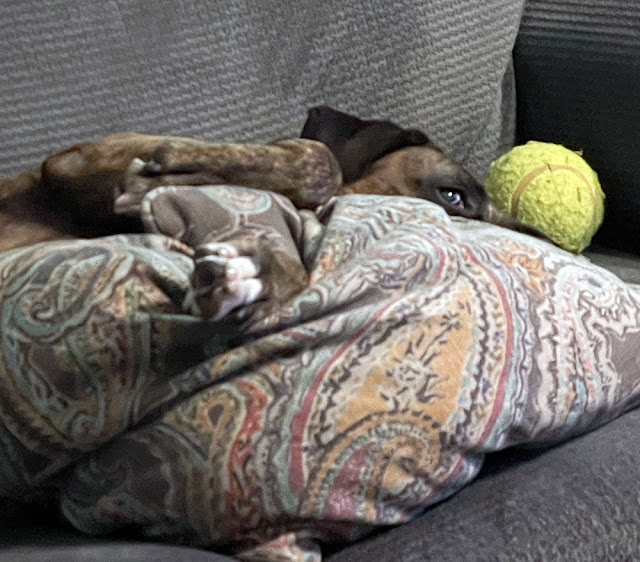 In the evening, Zoe snuggled on the couch with us. I was ticked at her little eyeball peeking up over the pillow at me. 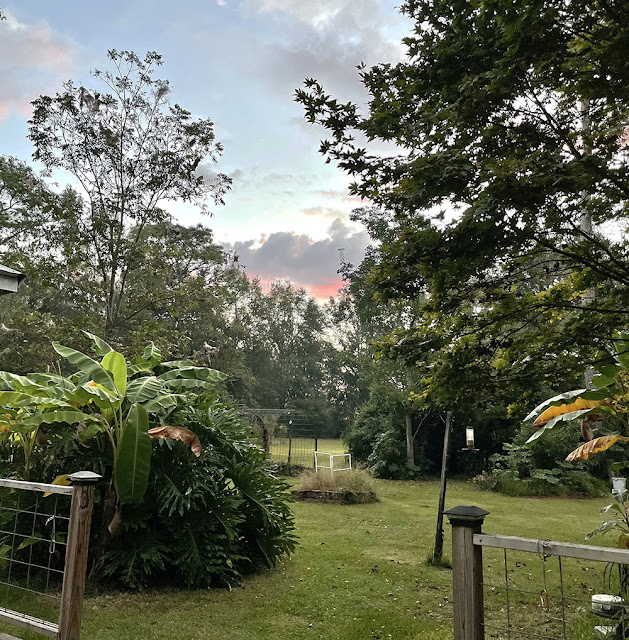 The building on our property is "done" as far as other workmen are concerned. That meant that I could sit out on the deck in my pajamas again. I absolutely indulged in that most of the week. Tuesday's sunrise was splendid. 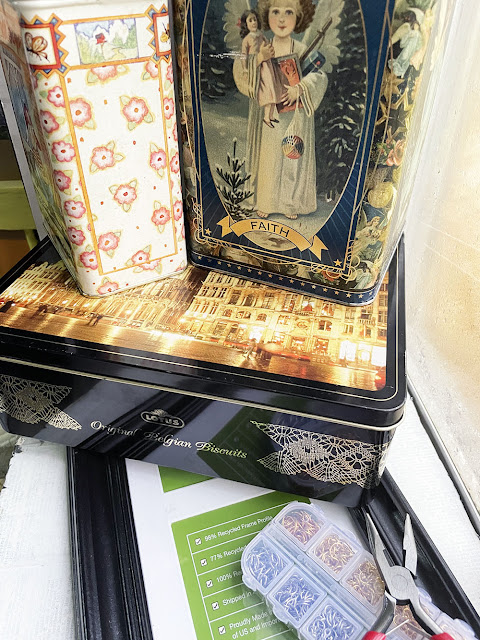 It felt like I spent the rest of Tuesday working on a single pair of earrings. But, I also made a run to Goodwill for some thrifting and had a good haul of items. My Thrifty Haul video and post will be coming in the next week or so.
Wednesday was spent with my mom. I talked her into hitting up a couple of antique stores and found a pair of gorgeous tins that I probably paid too much for. (You'll also see those in the same video reveal later in the week.) 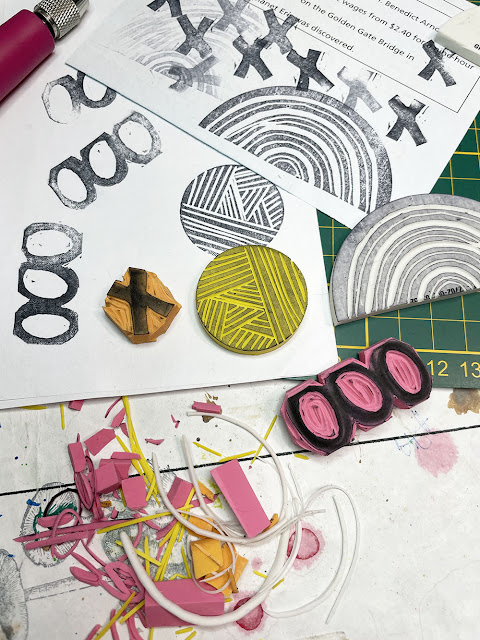 I was distracted much of Thursday as one of my nieces was over to help with a few tasks around the house. But, I did get a few stamps carved for a giveaway. I'm about 50 subscribers away from 2,000 on my CraftyHope YouTube Channel. When I reach that milestone, I'm going to have a giveaway of a few items. Several of my current subscribers mentioned that they would like some of my hand-carved stamps. So, I started on those. 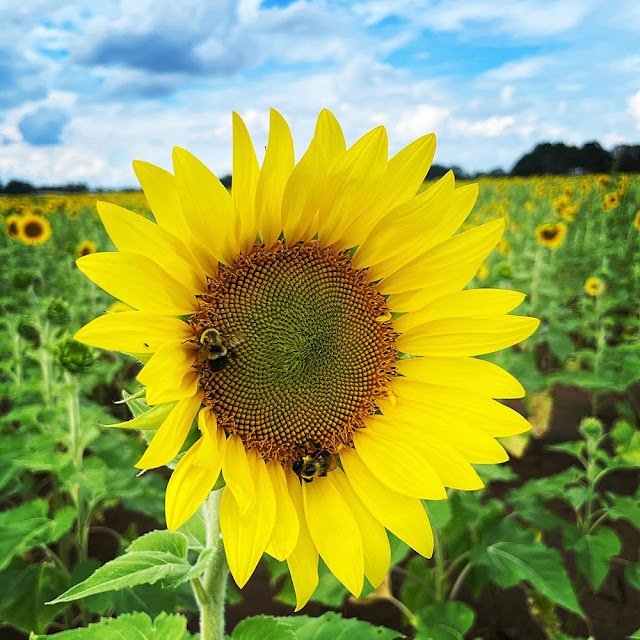 I also took the visiting niece out to the sunflower field that's around the corner from my house. I'd been wanting to head up there anyway. And, since sunflowers are her favorite, it seemed like the perfect time to take that excursion. I've been meaning to break out the soldering iron again for a few weeks to finish up and test out some design ideas. I was happy to realize that it was a good solder-flow day and found myself wishing I had prepped more items! 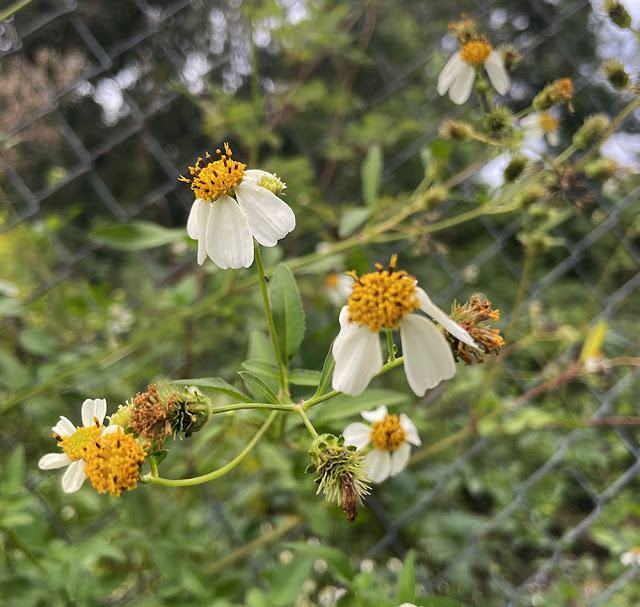 When I ran out for an errand in the afternoon, I discovered these wildflowers at the back of a parking lot. I've been admiring them on the sides of the road for WEEKS but there's never a good place to pull over and take a better look at them. So, I was thrilled at the chance to hop out of the car and take a gander. 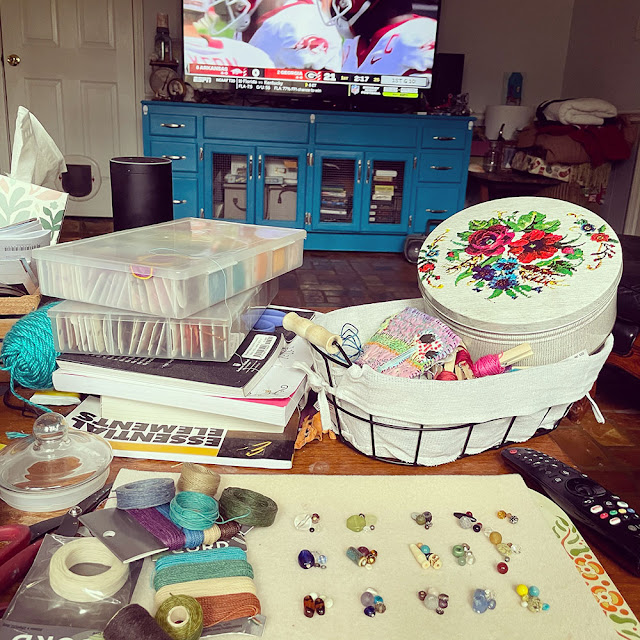 Saturday was packed FULL of good college football games. As such, I spent a good portion of the day in front of the television with a few couch-appropriate crafts. I made beaded bookmarks, did some embroidery art, and doodled. It wasn't much, but I was entertained and busy.
I have to admit that along with these weekly posts, I also haven't really been sharing many interesting links to other sites. Maybe that will change as well. I did find these two over the week if you're interested.
Hopefully, I'm going to be less absent. But, I can't promise anything as I have a lot of irons in the fire and ideas for the future.
How has your week been?
at October 03, 2021
Email ThisBlogThis!Share to TwitterShare to FacebookShare to Pinterest
Labels: craft desk, flowers, nieces, personal, pets, silverlox, week in review