You have to admit that decorating for each holiday really helps get in the spirit for it. This time of the year, there's nothing quite like a decked-out Christmas tree to make spirits bright. Unfortunately, I had to make the decision to go without a tree this year. We've had to bring in and move around so many things from outside and elsewhere that there's just no place to put a tree right now. I still scattered a few ornaments and merry embellishments around the house but knew I needed a little more to make the season feel festive. A garland that could hang ANYWHERE seemed like the perfect idea. And, one that had me using a variety of my mixed media art supplies was a bonus. 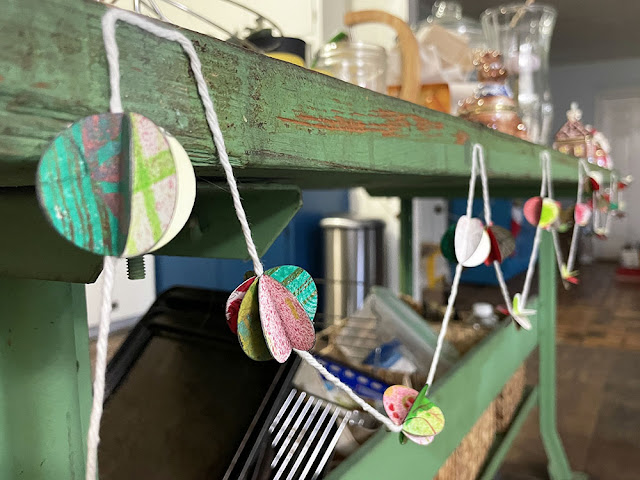 I have a thing for those little 3D paper balls and have several other crafts that I've used them in, but never a garland. So, I created this Mixed Media Christmas Garland with cardstock, paints, sprays, inks, and stamps.

Before this idea hit me, I did a little internet search for inspiration and found plenty of other crafty Christmas garlands that helped spark my creativity. Here are a few of them, along with a couple other ideas I have brewing.

I've been on a tassel kick since sometime last year so this beautiful Tassel Garland from Francois et Moi definitely caught my attention.
I can't seem to share a picture of the sweet Pom Pom Garland at Postcards from the Ridge. But, it had me buying some red yarn the other day. I actually thought I had a pom-pom-maker but can't seem to lay my hands on it. And, that has me wondering if I actually bought the thing or just thought real hard about it. 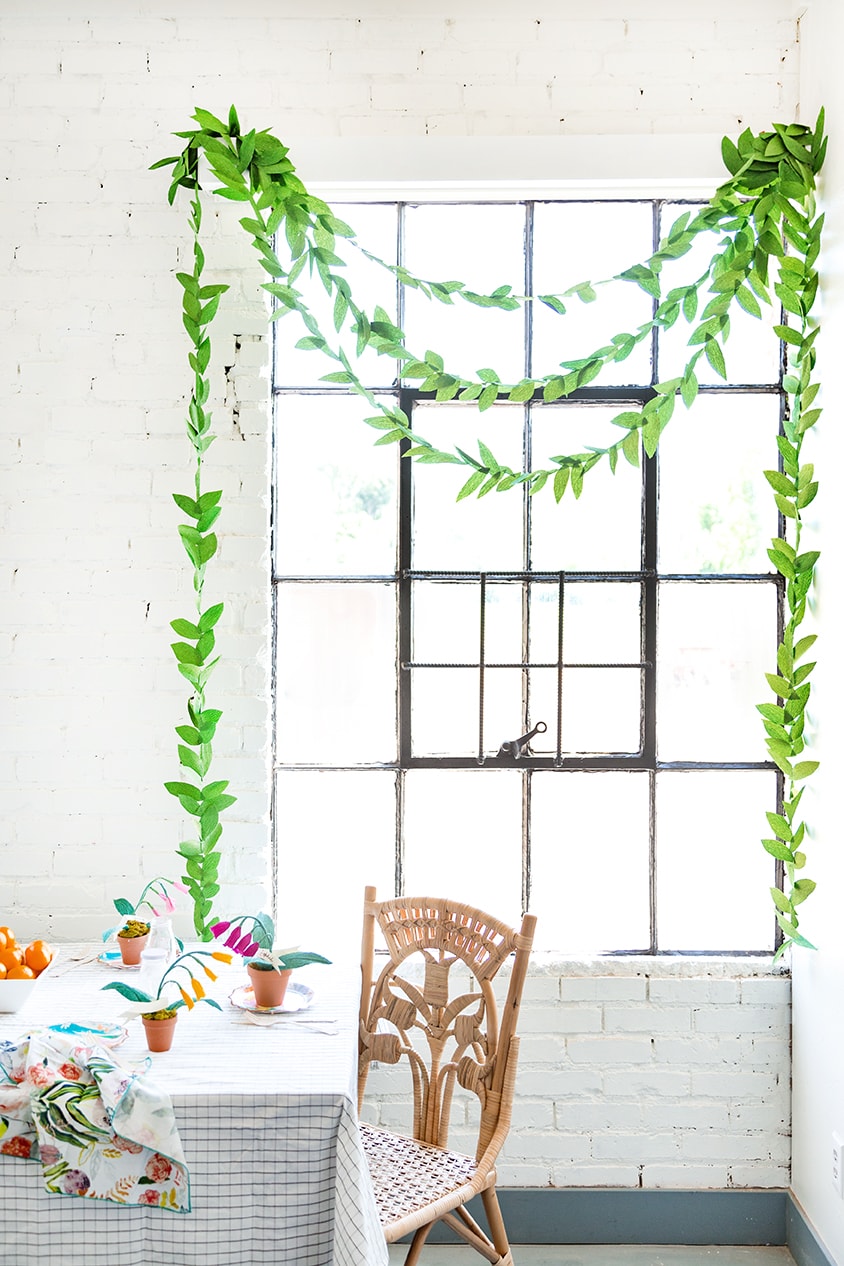 How glorious is this Paper Leaf Garland from The House that Lars Built? I can actually see having it up all through the year!
Using paper made me think about the old construction paper chains that we used to make in elementary school. That sent me down a whole rabbit hole of ideas that included possibly using Gelli prints and/or fabric to make a chain.
The amount of color packed into this Felt Garland at Tell Love and Party gives me little heart eyes. And, how easy it looks to make too! 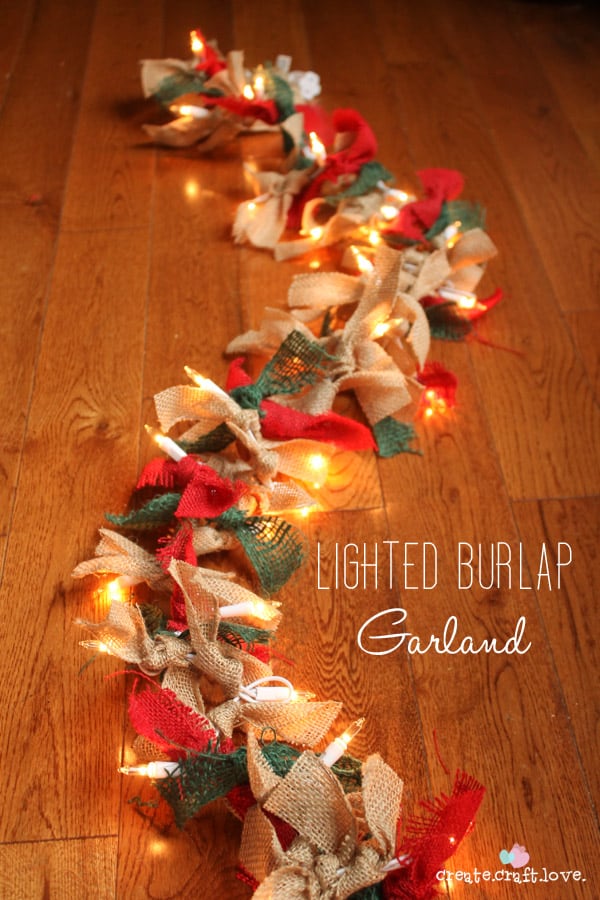 A similar idea was employed to make this Lighted Burlap Garland from Create Craft Love. She really gave me a lightbulb moment in her use of the string of lights incorporated into her garland. I'm still trying to work out if I want to try something similar just to have some lights up in the house. I do love that glow. 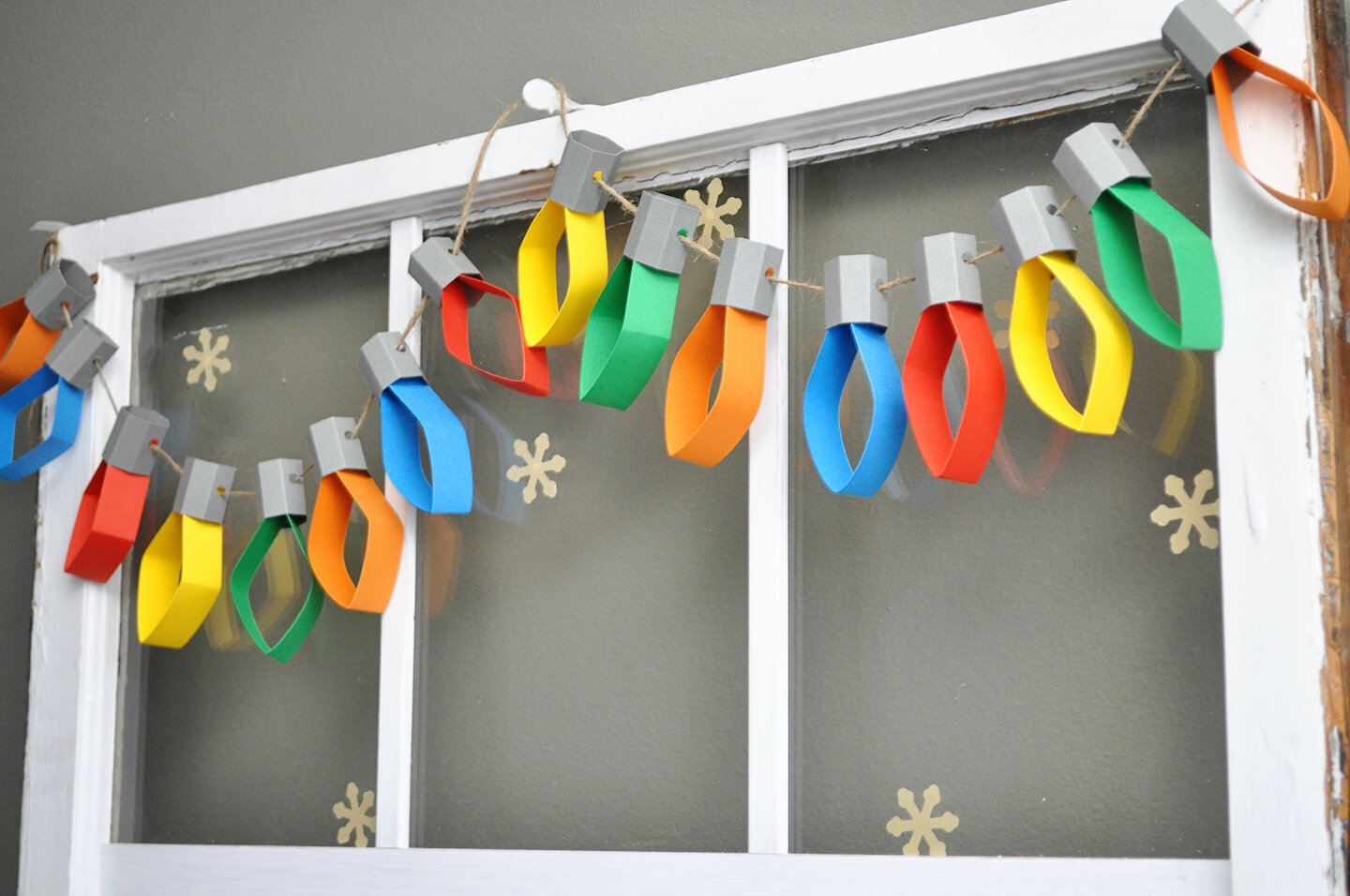 Speaking of Christmas lights, how cute is this Paper Christmas Light Garland from Stubbornly Crafty? And, my goodness, it looks fairly easy too!
That one had me thinking about just adding something interesting to twine and stringing it up. In particular, I thought about painting some small wood spools, covering their centers with book or music paper, and then hanging them on yarn or twine. 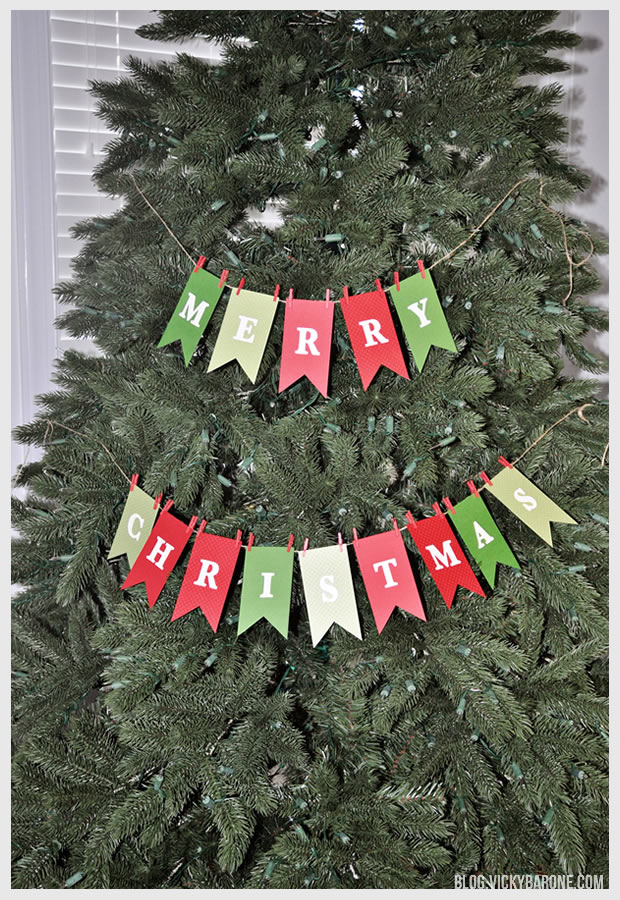 Finally, this Merry Christmas Banner Garland from Vicky Barone really says it all. I love the simple statement of it and minimal supplies. It could be made pretty quickly and up in no time.
In the end, I've only made my mixed media one, but am toying with the idea of another. Here's my video of the one I've made so far.
I know, I'm running out of time to make more, but I HAVE finished my Christmas shopping and that leaves more time to craft! So, tell me, have you made or seen some inspiring garlands too?
at December 15, 2020
Email ThisBlogThis!Share to TwitterShare to FacebookShare to Pinterest
Labels: christmas, craft, diy, holiday