I feel like this past week was one of the busiest I've had since all this self-isolation, stay-at-home stuff began. I ran errands out of the house almost every day, but some of them didn't even involve getting out of the car.

We had a super lazy day on Sunday and finally finished my button puzzle! 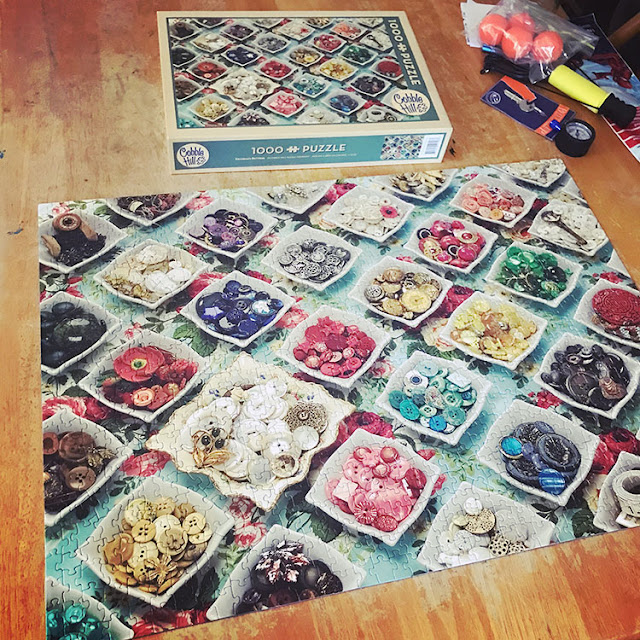 And, y'all should just prepare for loads of gardenia photos. I think they're one of the most photogenic flowers. I couldn't resist snapping this one with the pool in the background as I walked the property a little on Sunday. 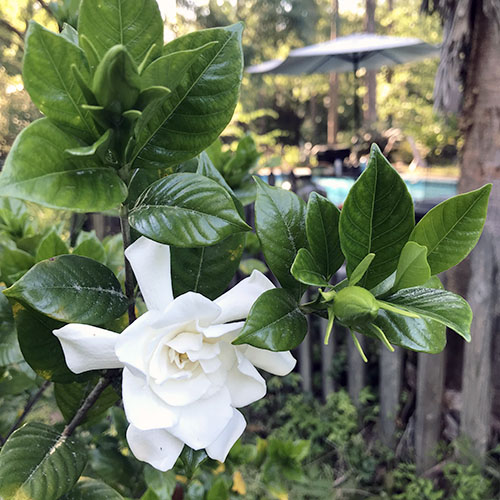 We finished Sunday out by playing a couple of card games. One was a new one I gave Pat for his birthday. Then, it was a family favorite - UNO!

Monday meant my weekly trip to the grocery store. I was happy to discover that they had everything on my list. It really is the little things right now. Zoe and I took a quick walk through the trails to get outside. I'm trying to work out and be a little more active since I seem to be developing too many bad eating habits right now. I spotted these two odd mushrooms out in the woods. Aren't they weird? 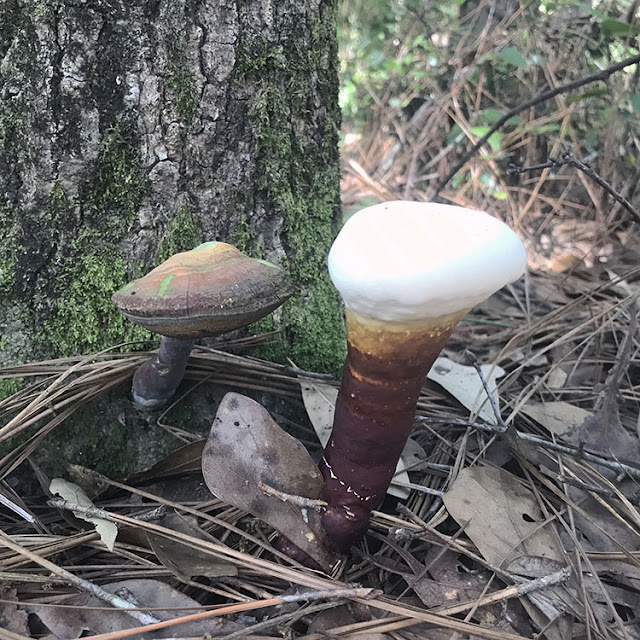 It was also Star Wars Day! 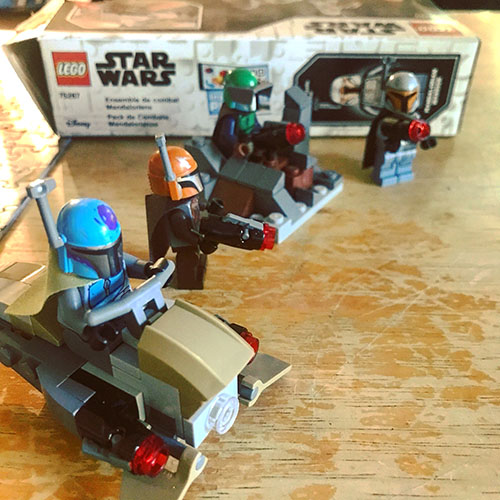 I wore my lightsaber earrings and Pat worked on his new Lego Sets. I thought about dying some milk blue...but stopped myself and kept it low-key.

On Tuesday, I did break out the Almond Milk to try making one of those whipped coffees everyone's been posting about. 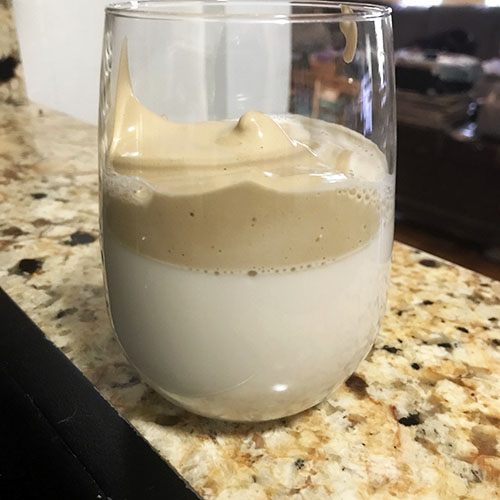 I never could get it whipped completely, but I think that was my own fault for quadrupling the recipe and using the wrong mixer for the job. I will be trying it again as it was tasty. I also tried another new recipe. Since it was Cinco De Mayo, I made a Taco Ring from the recipe an Instagram friend had shared with me. I'll likely make that again too!

On Wednesday, I knocked out some errands and chores and uploaded a few videos from the comfort of my car. Before driving back home, I decided to treat myself and make a loop by the Bay. I was tickled to see these babies waddling around the park! 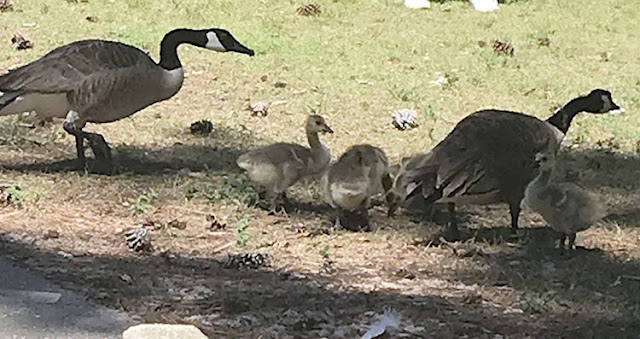 Once I finished the rest of the tasks on my list, I did a little more birdwatching from the back deck while I enjoyed a beer and some beadwork. 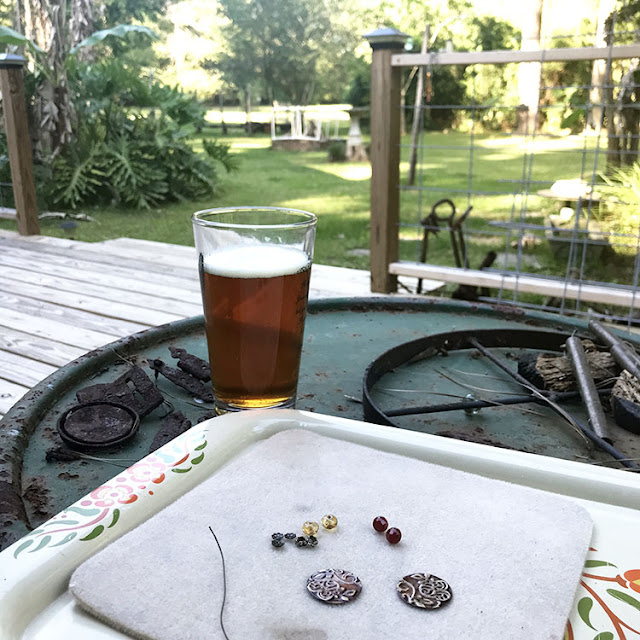 The weather has been oddly cooler than usual for May, but I'm not going to complain. It could be blazing and miserable instead.

I spent a good chunk of Thursday working on a card for my mom for Mother's Day. I included it as part of my 100 Day Project so you'll get a peek of it below.

Friday was all about knocking out some serious house-cleaning. But, I also let myself go walk around on the old burn pile to look for rusty treasures. 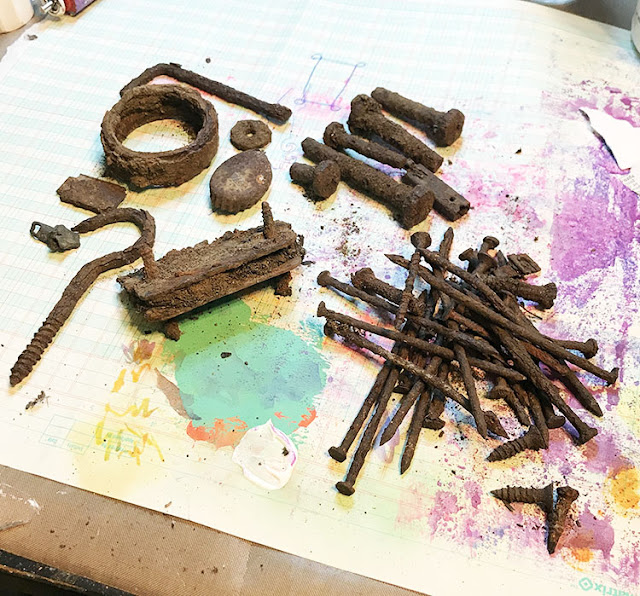 And, I got a quick picture of Zoe when she was trying to tell me that I didn't give her enough belly rubs. Silly Puppy! 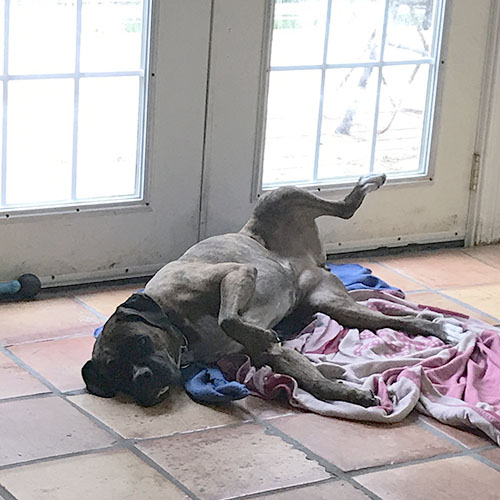 Somehow, I didn't get any pictures on Saturday, but it was overcast and a little chilly most of the day. I did indulge myself in the burn pile again. Pat let me use his big rolling magnet to pick up surface items. Then, I walked a section of the area with my metal detector. I gathered quite a pile! Just imagine another stack of rusty nails, hooks, and a hinge and you've got the idea. The absolute best part of the day, possibly the week, was that we ordered take-out from a local Mexican restaurant. We were all in fantastic moods after that meal and had no idea that it was JUST what we needed right now. So good!!

Here's what I created over the week for #The100DayProject. I'm trying to work through some of the supplies I have hoarded for my #MakeArtDontFakeArt project. 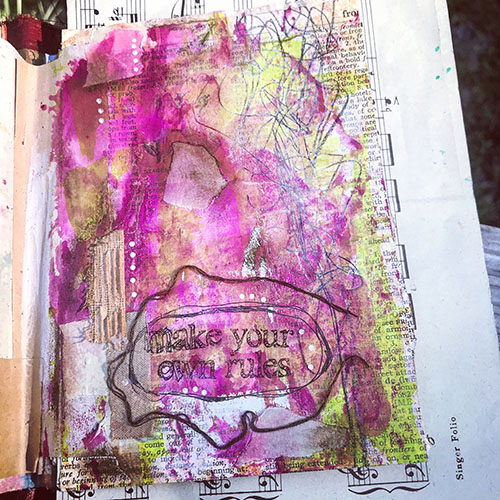 For Day 27, I was to use rub-ons. I was reminded why I don't often use them as they don't always rub-off like they're supposed to. Working on the page was nice, but I was left slightly frustrated with the material. 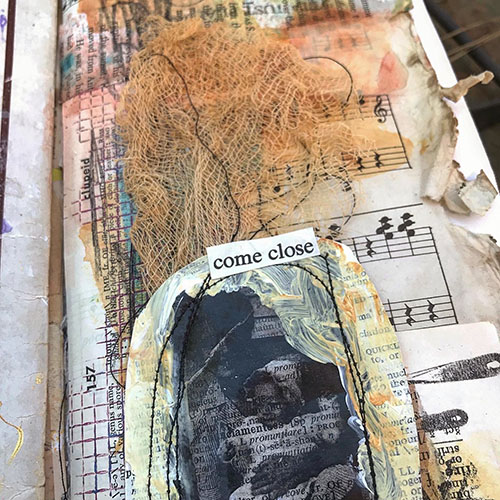 I combined Days 28 & 29 (cheesecloth and thick masking tape) to make the above page. Since some of the better rub-ons were still on my desk, I even used a few of them too. It turned out much better than the previous page. On Day 30, I was excited to use my Tombow markers. I have to admit that they've been sitting unused since I bought them. I also wanted to play with creating a brayered background. While I don't really care for this final page, I'm happy with the play and experimentation I did with the materials. I know a bit more about what I like and don't like now. 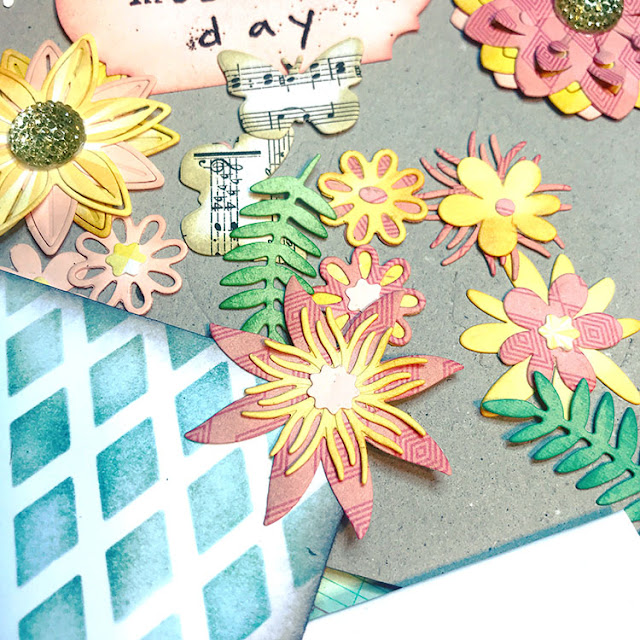 Day 31 was cardstock and the day I decided to work on a card for my mom. The photo above shows some of the elements I cut and inked. I'll share the competed card next week (probably). 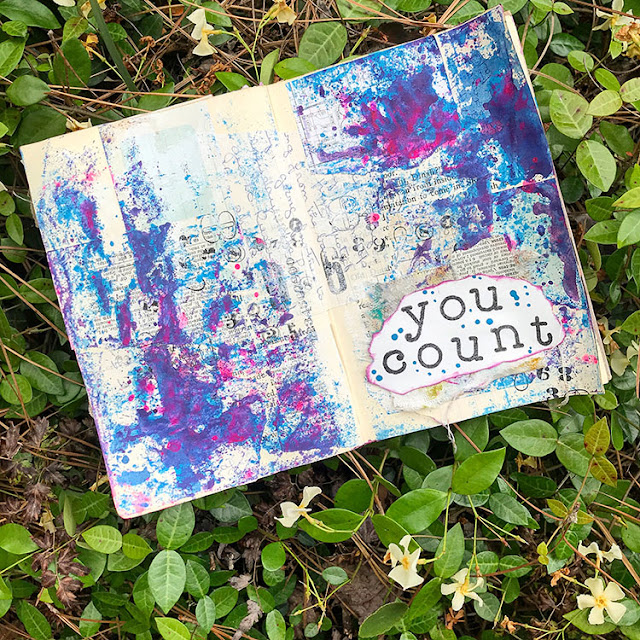 On Day 32, it was all about using some of my letter and number stamps. The number ones were worked into the texture of the background while the letters made up the sentiment. Easy! 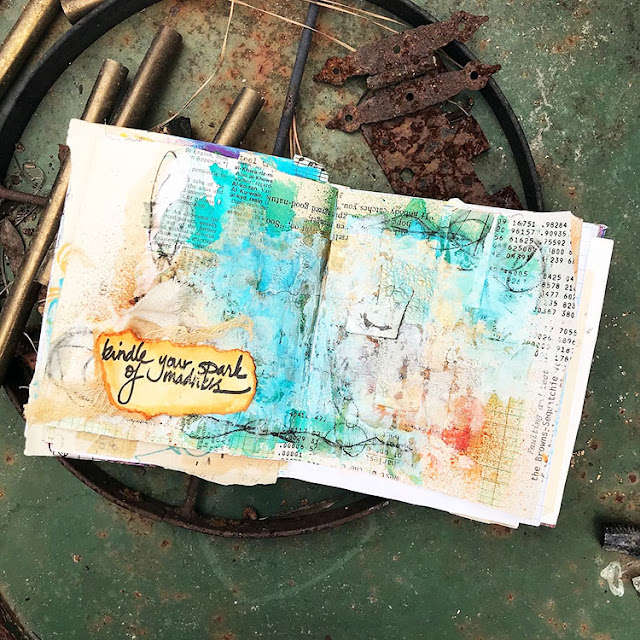 This page that was made for Day 33 is my favorite for the week. I needed to use my metallic watercolors and did so on top of the crackle paste in this spread. It's just yummy!!

I feel like it was a pretty inspiring week for myself. I hope it was for you too. Here's some inspiration to give you a jump on the week ahead.


And, that's it. Here's hoping your week is full of creativity and good health!