In anticipation of knowing I would be spending most of the week away from the house, I was determined to make the most of the time I had at home throughout the week, and most of it wasn't photographic. But, I'll share what was. 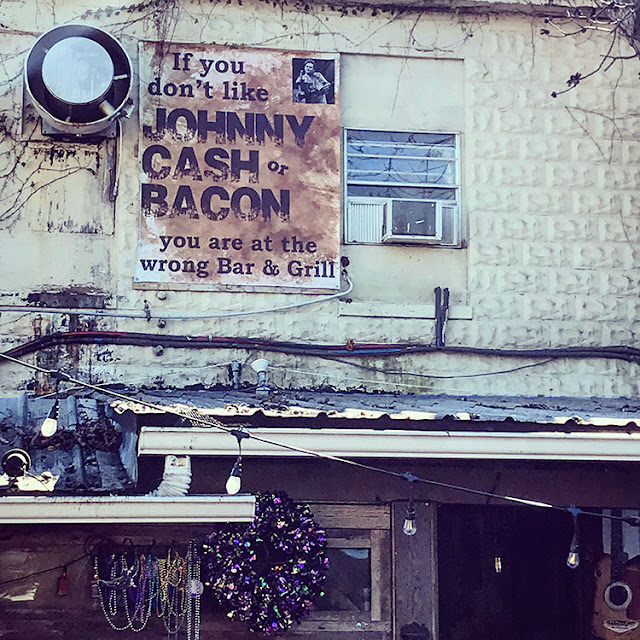 Pat and I met his brother and sister at The Bone and Barrel on Sunday to celebrate their birthdays. It was a nice day so we sat outside. I was tickled by the sign on the back of the building.

Later, we headed to the beach as Pat had a photoshoot with the members of one of the bands he's in. So, Zoe and I walked around the duck pond while they did their thing. 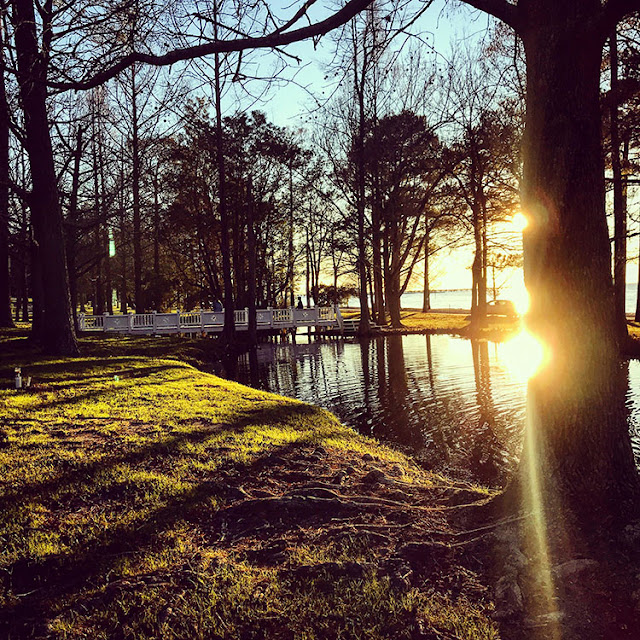 I woke up early on Monday and was drawn to my craft desk to start creating. 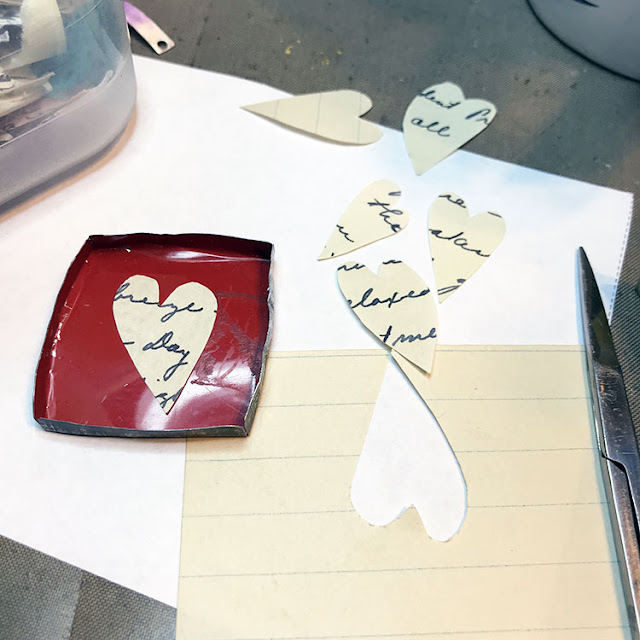 That's basically as far as I got, and where that project stayed all week.

I spent most of the week with my grandmother as the strokes have left her confused and just not herself. 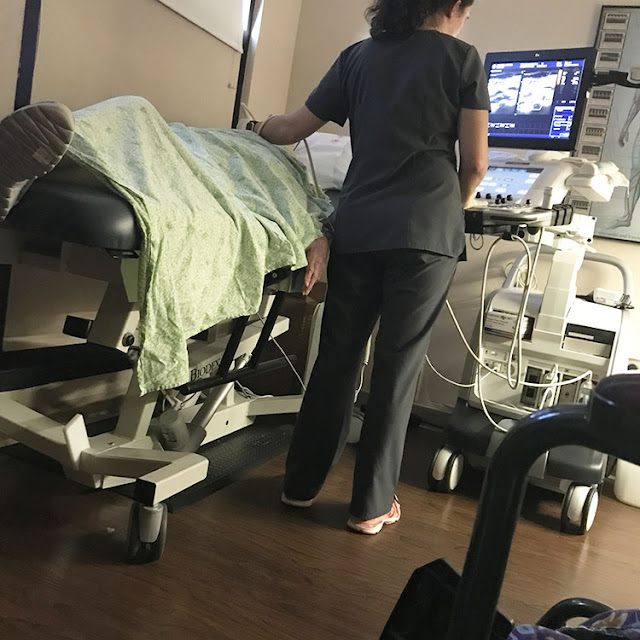 She had appointments on Wednesday and Friday. On Wednesday, she had a Doppler Test, and we followed up with her doctor on Friday.

When I got home on Monday, I found that Pat broke out the watercolor supplies I had given him for Christmas. 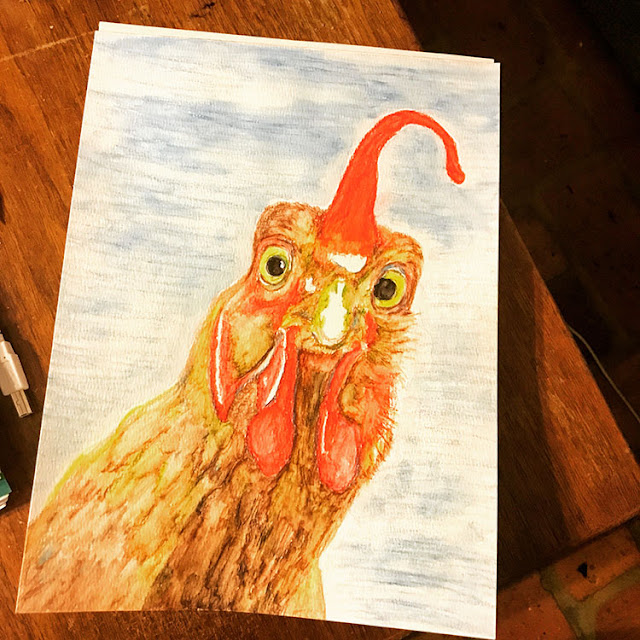 That chicken is too cute!

After spending the days at my mom's, I spent the evenings getting dinner made and working on household chores. I forgot how hard it can be to juggle getting all that done with a day job. But, being away from home for over 12 hours each day does complicate things even more.  In any case, by Saturday, I was desperate to be creative. 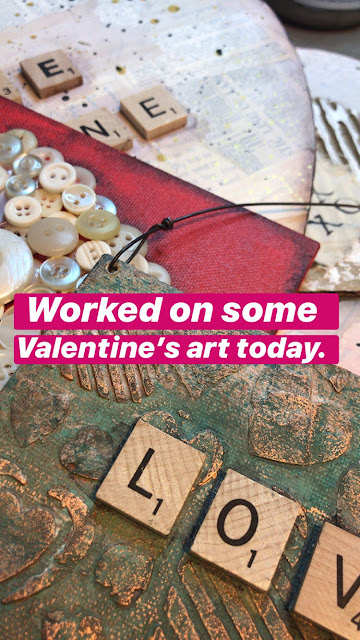 I spent most of the day at my craft desk creating several Valentine's Wall Hangings. The weather here was supposed to be super rough, but we were fortunate that it didn't get too bad. In any case, we had no plans to leave the house, and that suited me just fine. I even played with my bead loom for a bit while some of the art layers were drying.

I hope you found some time to be creative this week. Unfortunately, there wasn't much time to find and share inspiration, except for a couple of items.
And, that's it for my week. I'm looking forward to finding a routine with this new change. I hope you're finding ways to fit in time to be creative as well.
Labels: art fairhope family valentines week in review
CraftyHope
I’m a jewelry-artist, treasure hunter, & nature-lover that finds joy in the smallest things. I hope to spread that joy and inspiration.