I like to finish up each week with a little peek into my own life. And, at the end of the post, you'll find a bonus list of some of the links I found inspiring. I'm running a tad behind for this one, so let's get to it. 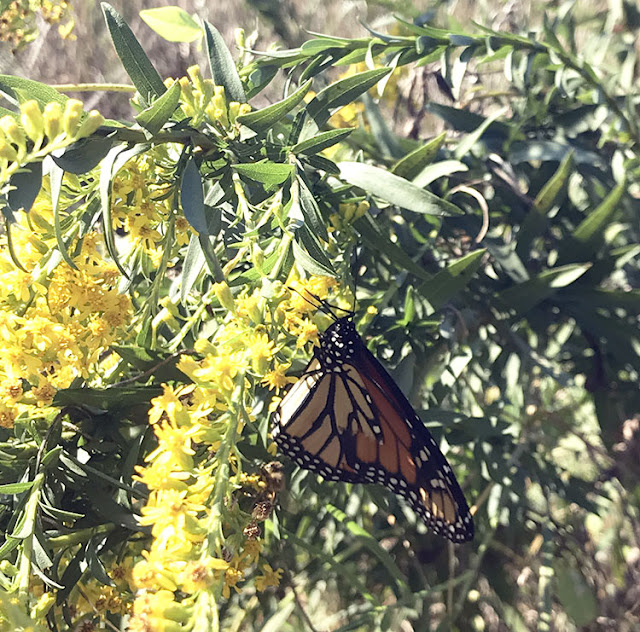 The highlight to Sunday was our little outing. We had hoped to eat outside at a local restaurant with Zoe (our dog), but the place was packed. As plan B, we got our food to go, drove down the street to a bayside park, and had a picnic. After eating, we walked the little park and watched as monarch butterflies covered and hovered around the ragweed. It was magical!

Monday was all about getting stuff done, but I did take a moment to check out these ghost flowers under the gardenia bushes. 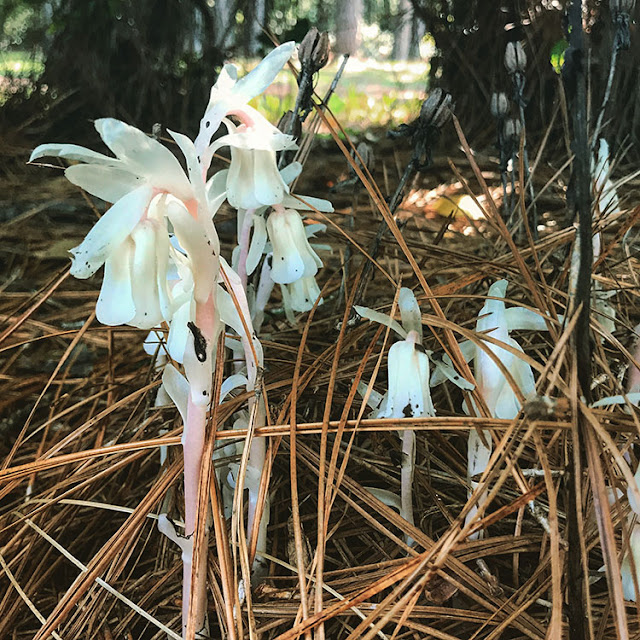 I had to share. They're so weird and wonderful! An Instagram friend said that they're good for making tea. I'm not sure if I'm brave enough to try that, but how interesting. 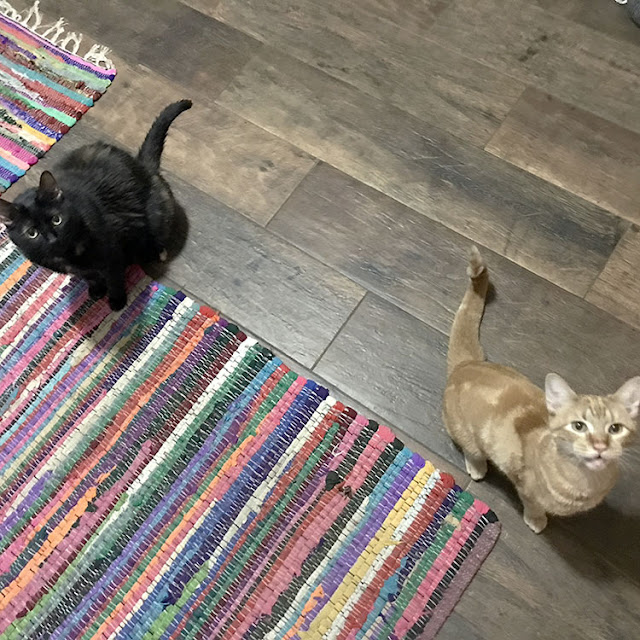 While the kitties lined up for their evening treats, I had to snap a picture. Look at Leeloo whining for her treats while Rosalina waits patiently. Ha!

I don't even know what happened to Tuesday. I didn't get any pictures on my phone. I think I spent a productive day getting pictures taken for Etsy. I went outside in the nice weather, listened to music, and snapped loads of shots of jewelry. It was kinda fun. 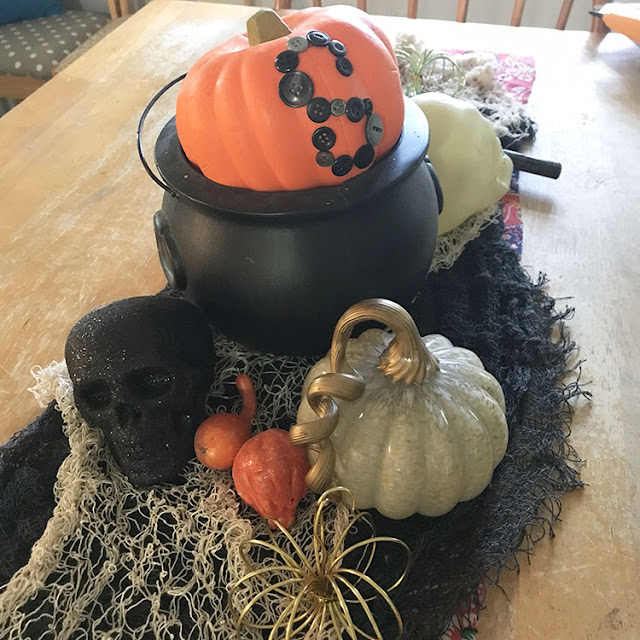 I spent the day at my family's house and helped hand out the candy! Both of the nieces went out with friends to trick-or-treat. I was amused by this since they're 18 and 15 and haven't gone door-to-door in a couple of years. Silly teenagers!

Thursday was more busy-ness before meeting one of my best friends for dinner. 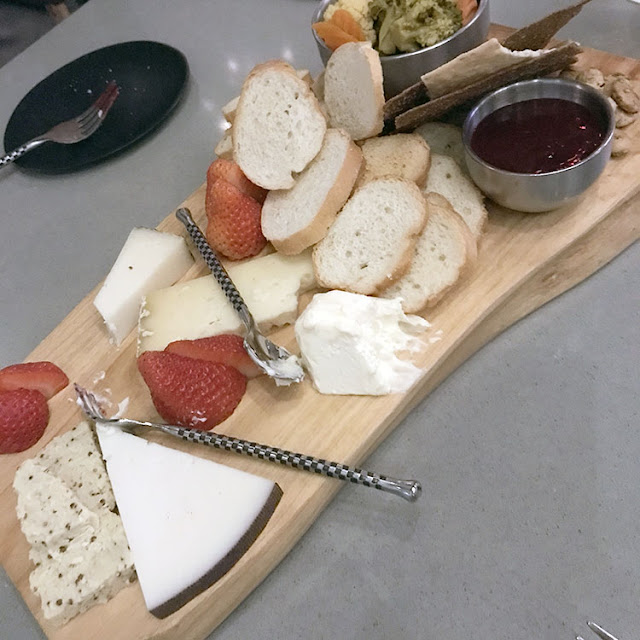 Well, we actually met for "beer and cheese" since we both have a thing for cheese plates! It was nice to have some girl time.

Friday I woke itching to use one of the birthday presents my friend gave me. 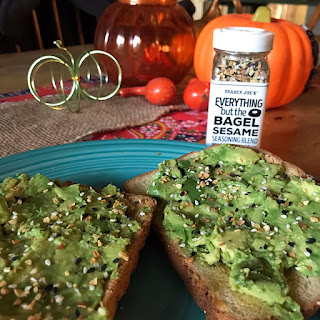 Yes, it was seasoning! I asked her to pick me up some while she traveled since I've been wanting to try the stuff for ages. And, it's everything I imagined. I'm looking for suggestions on how else to use it if you've got any. Please share!

I had a little giggle over finding Zoe on her back, legs up in the air. Before I could get a picture of her in that position, she saw me and rolled over a little. 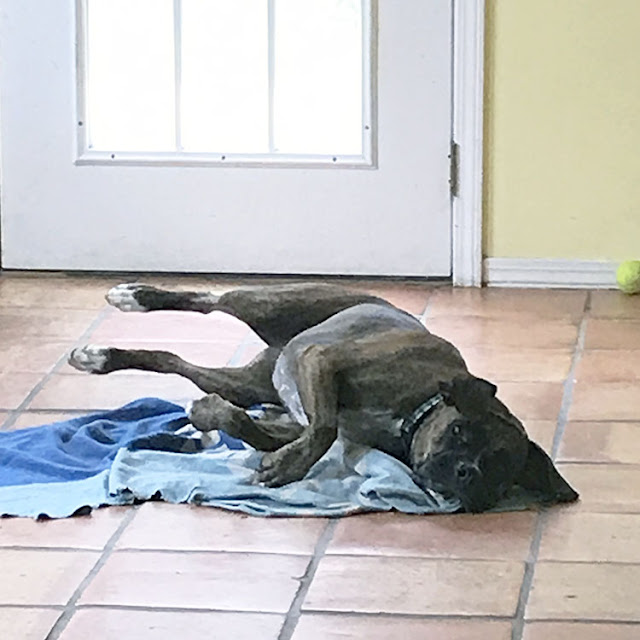 The day led up to another high school football game. 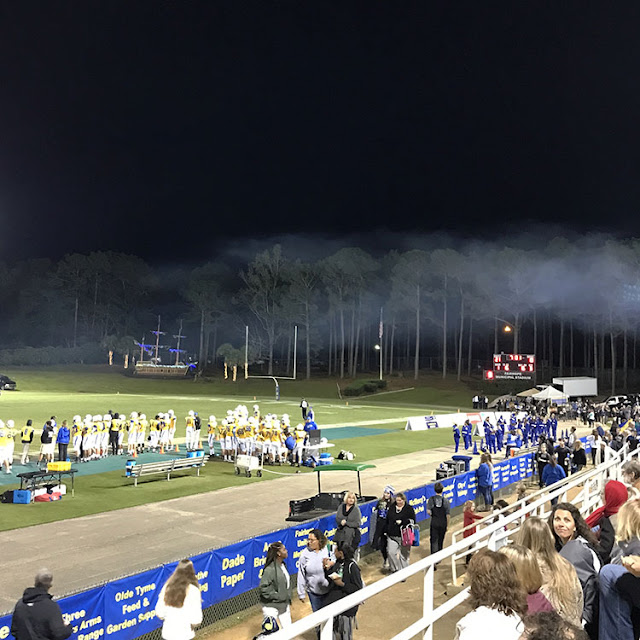 This one was close to home in Fairhope, my husband's alma mater. The smoke in the air was from the firing of the cannon on the pirate ship at the back left of the field. Yes, for real. Everytime the home team, the pirates, scores, they fire a cannon. And, it's LOUD!! From there, I picked up one of the nieces - their high school was the opponent for the game - and took her to a retreat about an hour away. It was a long night.

Saturday ended up being so scattered that I didn't get any pictures. It ended with a win for Bama against LSU. I have to admit that that particular game stresses me out every year. But, we won, and that was a relief and a great way to end the week!

Now for some inspiration for your week! (These are links I've previously shared on social media.)
It's time to face this week and get my booty in gear. Here's hoping yours is fabulous!