These weekly peeks are the perfect way for me to share a little glimpse into my life without overloading you with a lot of details. 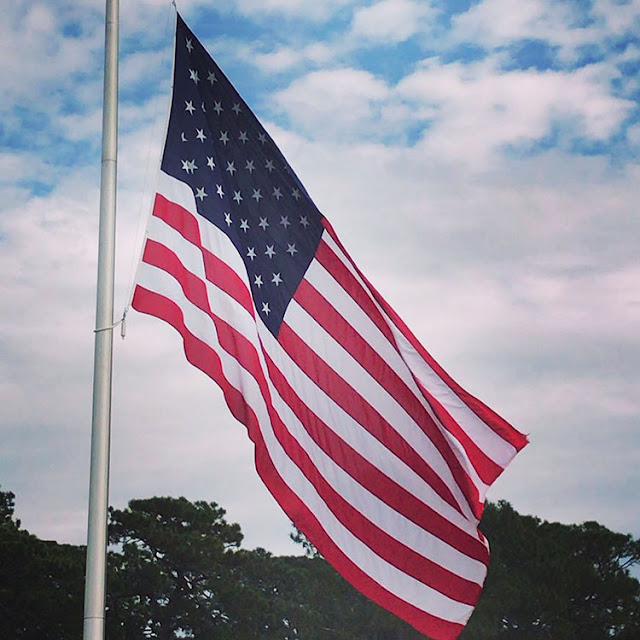 Since the temperature has been coming down the last few weeks, we've made an effort to go for a walk along the Bay on Sunday afternoons. Sunday was Veterans Day so the sight of the flag stopped me in my tracks for a moment of recognition. 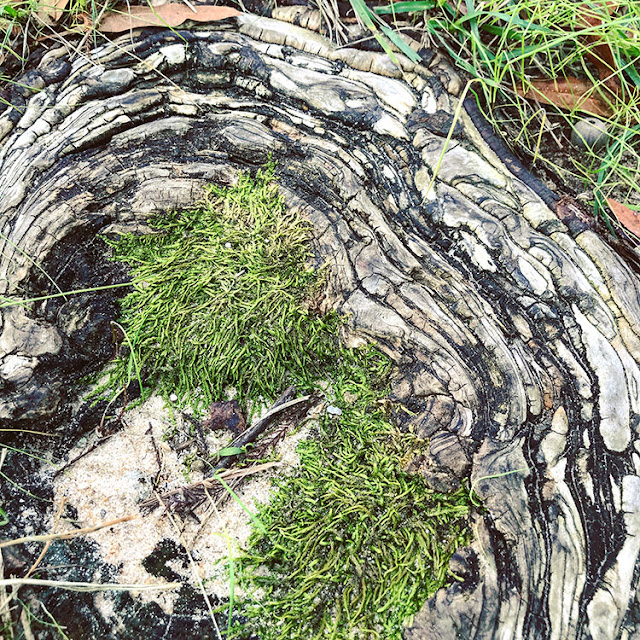 Admittedly, I was also stopped by a patch of circular roots with moss in the center of each of them. 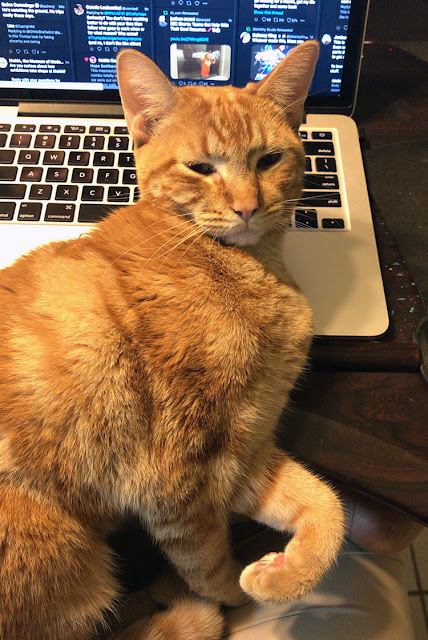 It was hard to get going on Monday, especially with this pile of cuteness taking over my lap and computer. 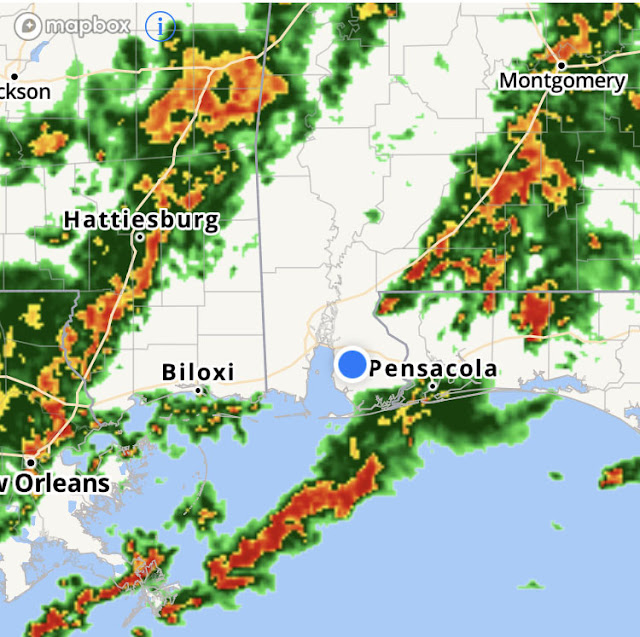 And, then there was the rain...that lasted three days. 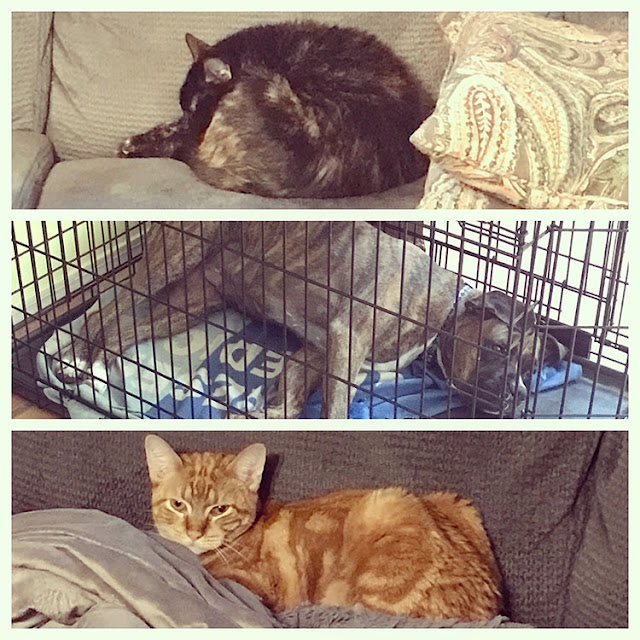 In fact, everyone in the house found the rain to be exhausting. The above pictures were taken on Tuesday within minutes of one another. 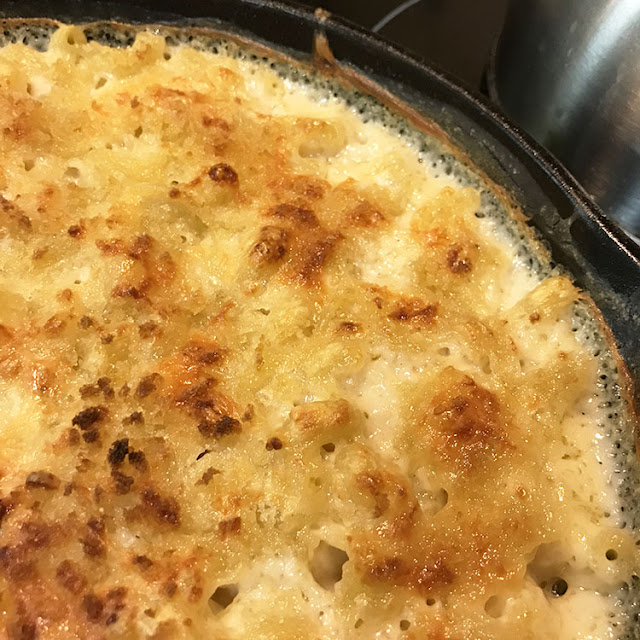 To cheer and comfort us, I made a mac-n-cheese for dinner. 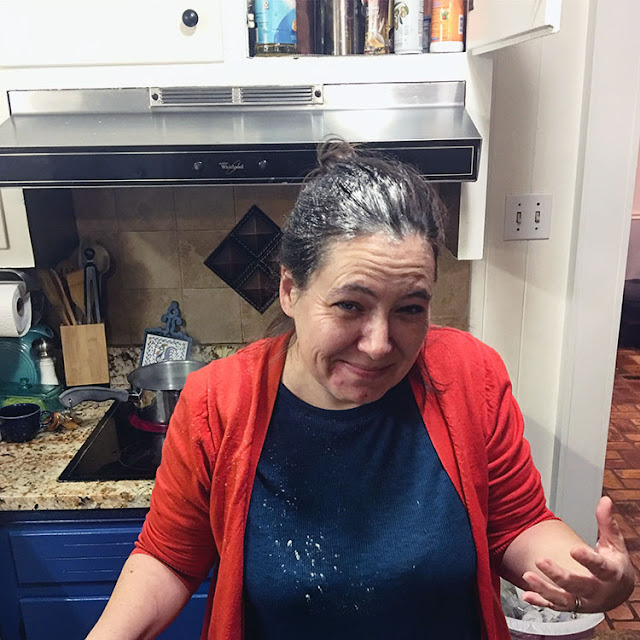 Of course, I spilled flour on myself while cooking. Thankfully Pat was nearby to capture a picture. 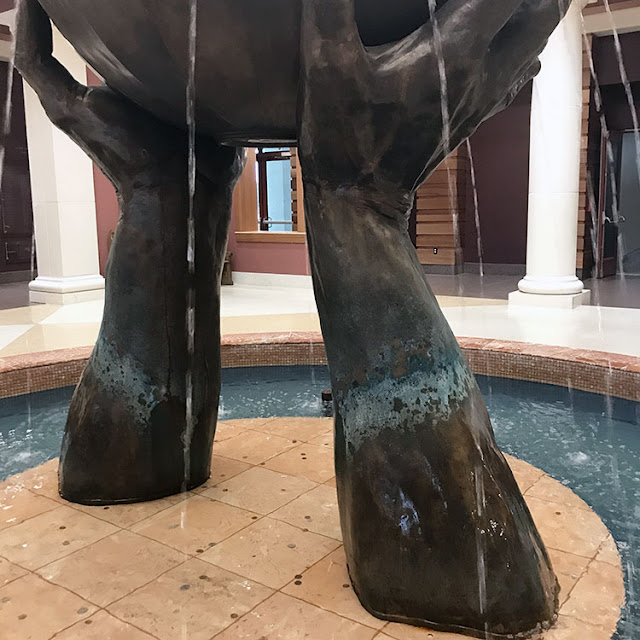 On Wednesday, I had lunch with a friend and then one of my nieces had a doctor's appointment. When I went to pick her up, the patina on the fountain in the atrium of her school caught my eye. Isn't that blue on the metal beautiful! You should have seen her rolling those eyes at me. Ha! 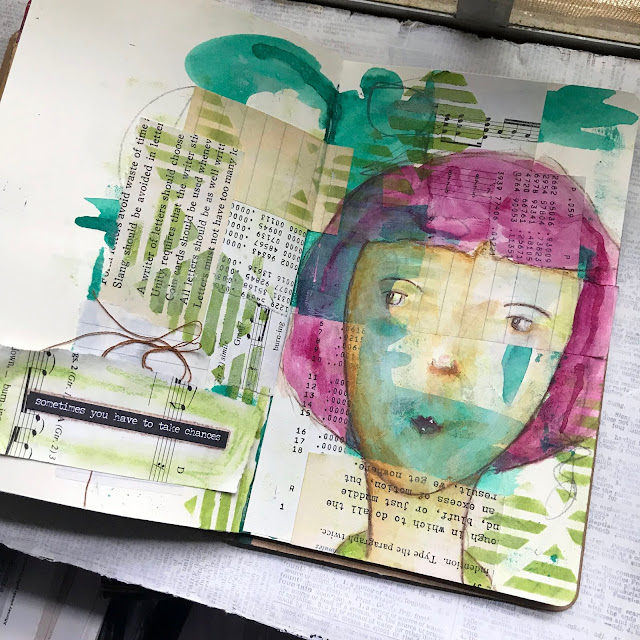 Thursday started with a little art journaling. Actually, I had been making an effort to create in my journal each morning of the week. But, this was the only picture I caught that day as I took my grandmother to an appointment in the middle of the day and was thrown off for the rest of it. 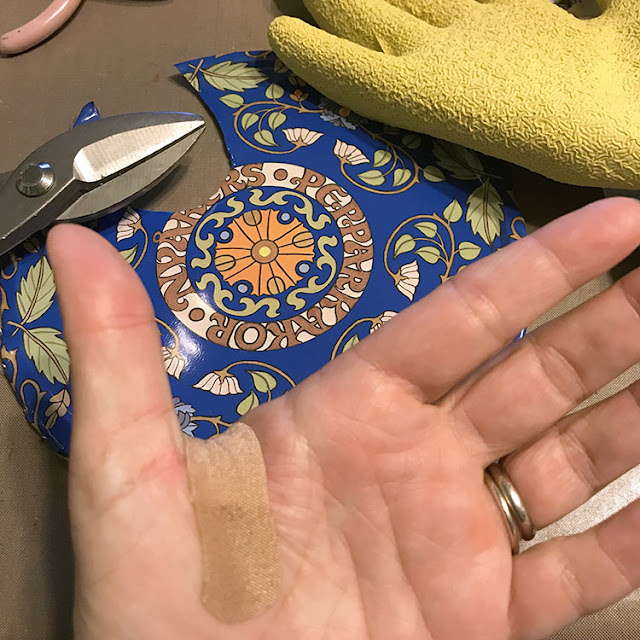 It took me a while to get motivated on Friday, but once I got started, I was able to get something made. You'll see it later. Somehow I forgot to put on my gloves though and was quickly reminded why I should wear them when working with tin. Ouch!

Before heading out to dinner with some friends who were in town, I found out that it was National Button Day (not sure which nation). So, I shared a little of my button collection. 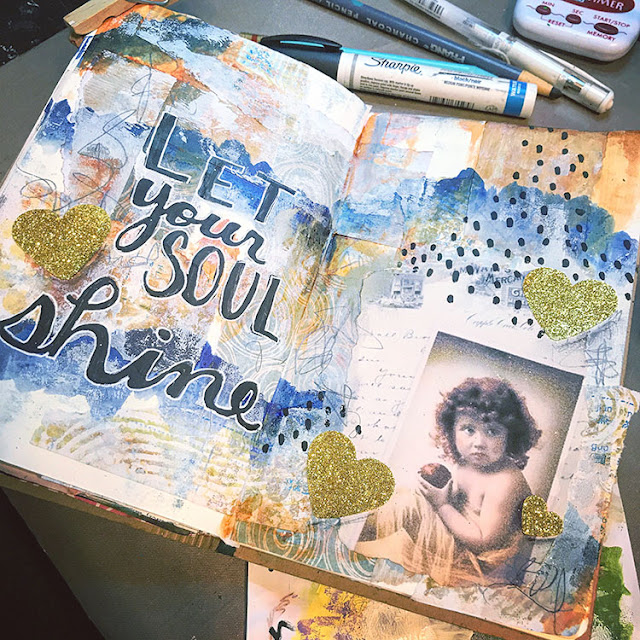 Saturday was another day in which I only got a single picture taken - the rest of the day was spent watching football, shopping, and dinner and a movie at friends' house.

And now, here are some links that I found inspiring and thought you might as well!

That was my week in short. It was full ups and downs, but I'm so glad I was able to cram in a little art each day. That's important. Here's hoping your week holds some of what you love doing too.