Welcome to my weekly post in which I do a round-up of some of what my week encompassed as well as a list of links (at the end of the post) that I found inspiring and/or informative.

This was Week Two of our vacation and was intended to be the less fun part of it as we knew we had some work to get done on the house. But first, we had to pack up and head home from our camping trip at Blackwater River State Park. 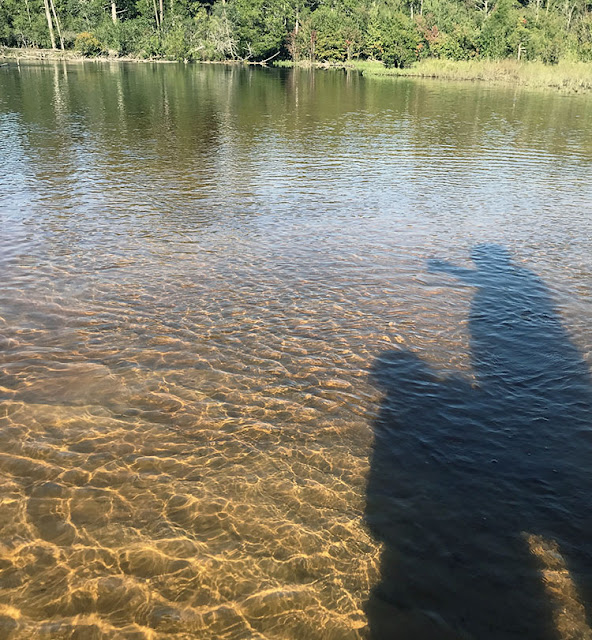 You know, right after we put our toes in the river one last time.

Once home, we were a flurry of unpacking and getting everything in order to tackle the big project on our list - replacing the deck. 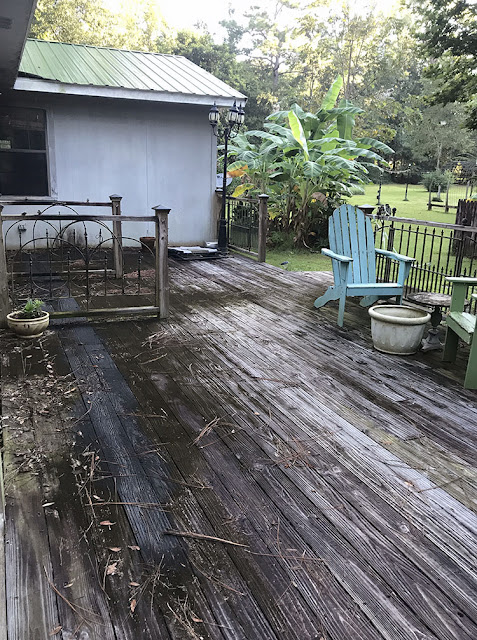 Pat ordered the wood he needed on Monday and began to tear it apart on Tuesday while I  had my weekly visit with family and enjoyed this view. 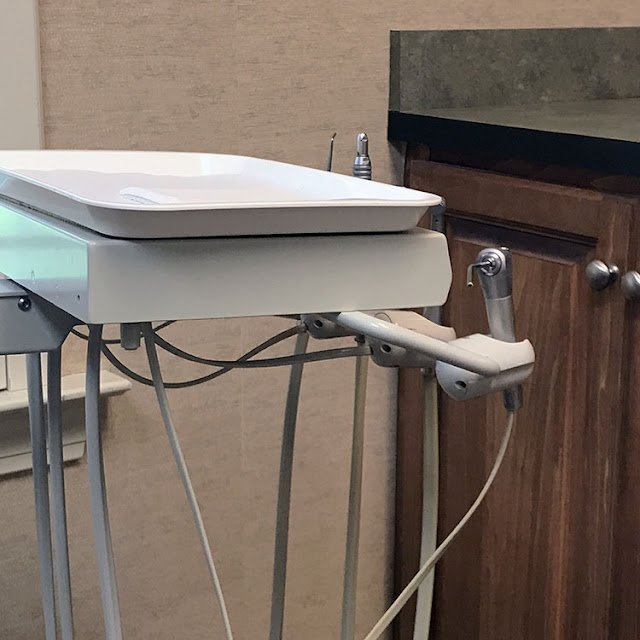 Ah yes, the dentist. I'm not sure which one of us had more fun!

When I saw the deck again on Wednesday morning (it was late when I got home Tuesday), it looked like some sort of strange art installation. 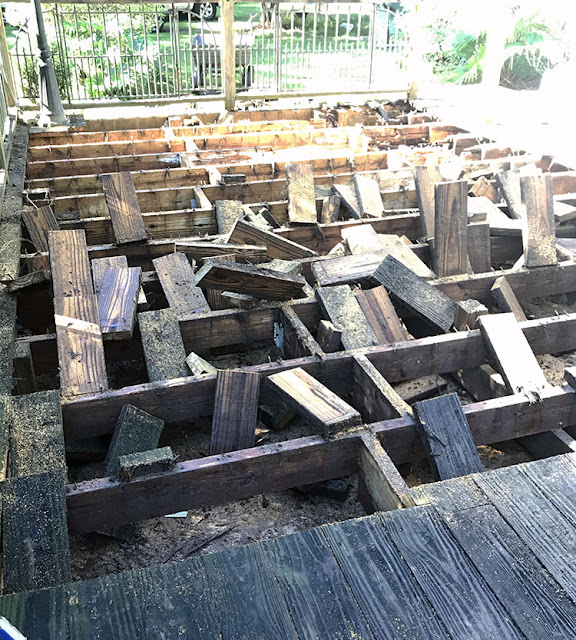 And, by Wednesday evening, most of the boards had been pulled up. 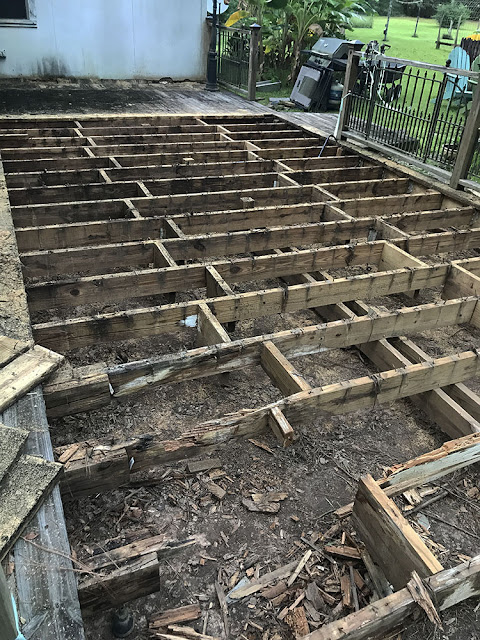 It took us almost all week to get the thing pulled up because of the Alabama heat and humidity. We could only work in the morning and evenings because the heat of the day was far too brutal for us. 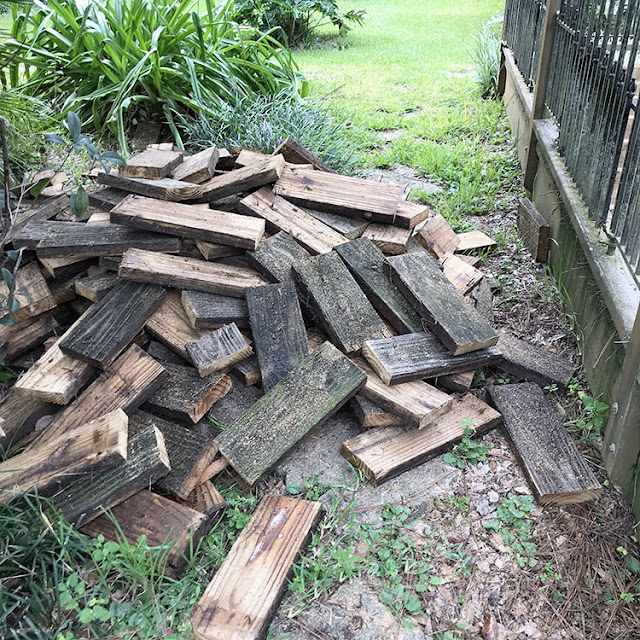 My job was fairly simple - take the piles of boards, haul them over to the dumpster, and toss them in. While simple, it was definitely a workout! 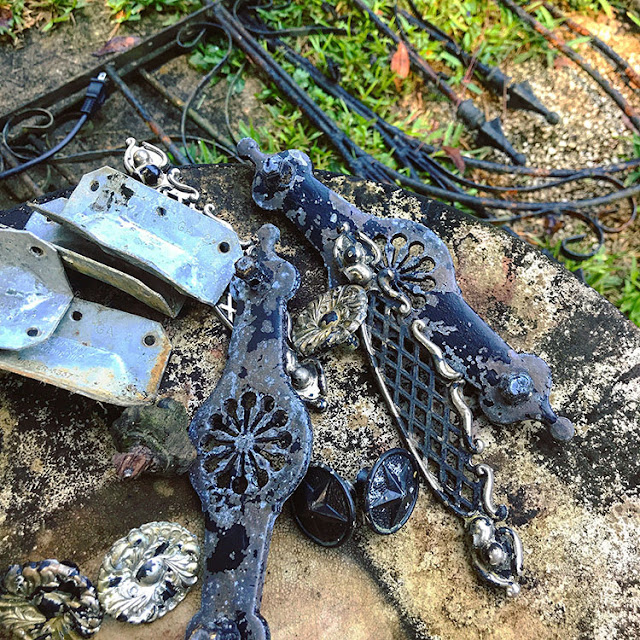 I also took the time to salvage some of the decorative elements that the previous owners had on the railings and posts of the deck. I couldn't let those beauties end up in the dumpster.

Of course, we did take a couple of afternoons to enjoy ourselves too. 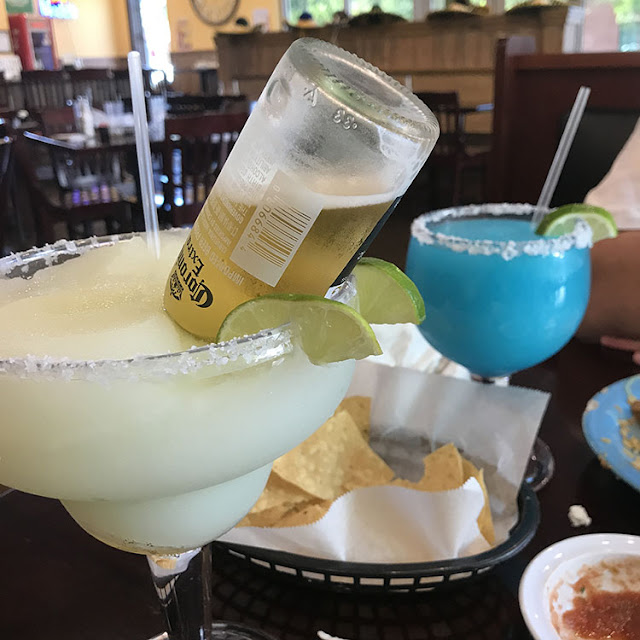 Thursday included a late lunch with a couple of margaritas.

Friday was my favorite day of the week though. We packed in so much! Pat worked on the deck a little more while I ran a few errands first thing in the morning. On my way home, I pulled over to stand in a sunflower field. 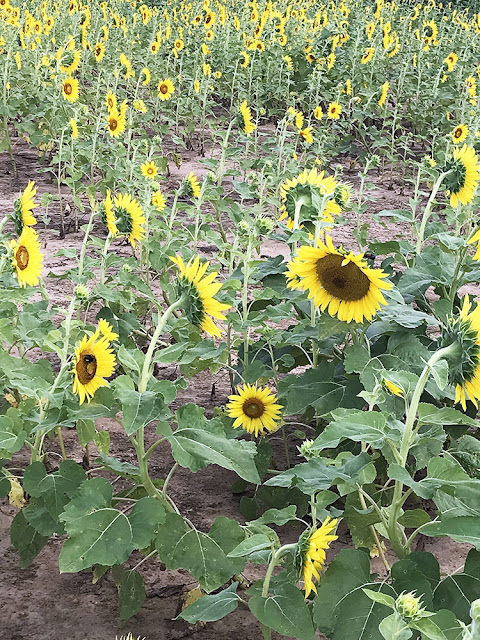 From there, we rode down to the beach for another late lunch. This time at The Gulf. 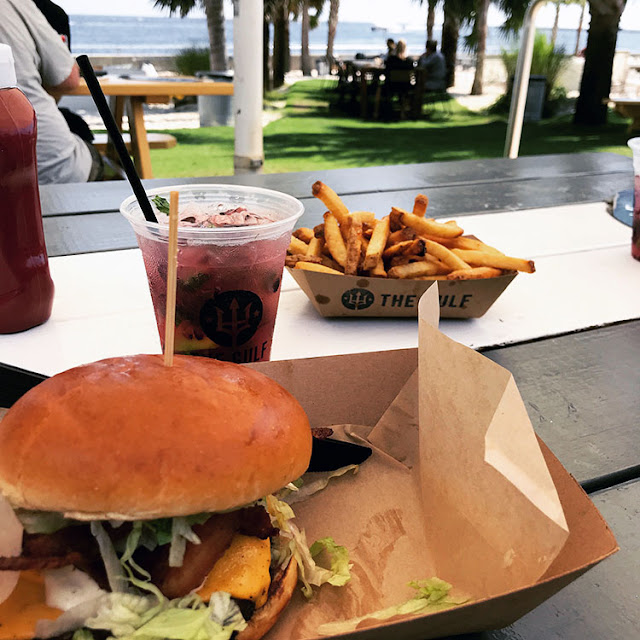 We enjoyed burgers, mojitos, and the fabulous view for a few hours. But, I really wanted to get in the water.

So, we drove down the road and found a stretch of beach that was almost totally deserted. 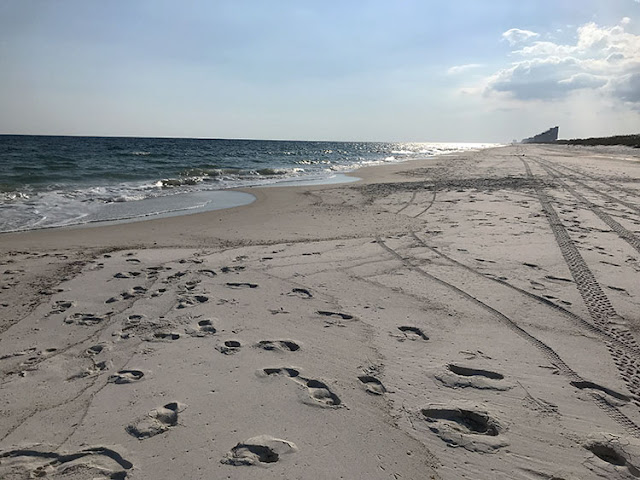 Really, it was one of the Florida State Park areas, but there were hardly any people there. And, the ones that were there were leaving just as we arrived. We had the whole beach to ourselves for a little bit. However, because it is the South, thunderstorms were beginning to roll in, and we knew it was time to head back toward home as we were meeting friends for dinner.

Saturday was all about finishing up the last little bit of the deck demolition before we spent the whole afternoon watching college football. 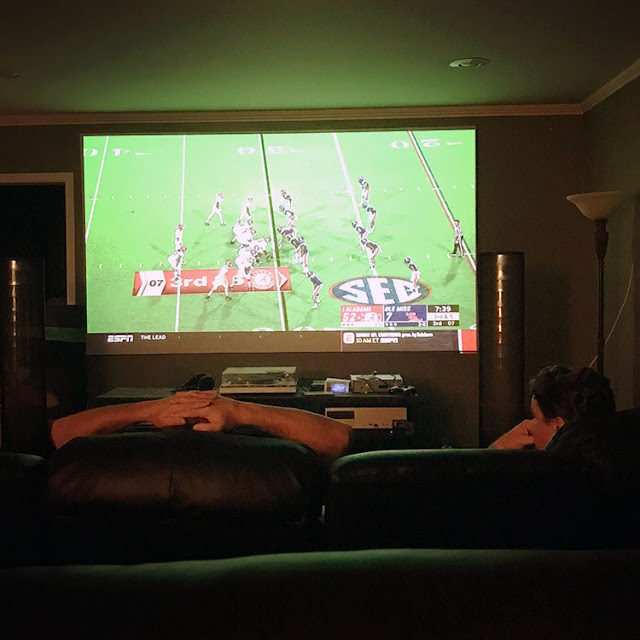 We watched the Crimson Tide dominate on friends' huge projector screen. It was a fantastic ending to a long week.

I'm looking forward to getting back to my routine in earnest and knocking out some of the projects that are scattered all over the house. Of course, the deck also has to be finished, but the hard part of pulling up all those old, nasty boards is done at least. We'll be working in the evenings to get fresh, new boards down. I can't wait to have it done, maybe we'll actually use it more.

Despite being so busy and on vacation, I still found loads of inspiration to share. This is for you!


See....so MUCH inspiration!
Here's to a wonderfully creative week ahead. Enjoy yourself.