I really like rounding out each week with these quick posts. They're partly a journal for me and partly a way for me to share some of the more personal aspects of my life with you.

To start off the week, I spent time with one of my best friends' and her family as we celebrated my God-daughter's third birthday. 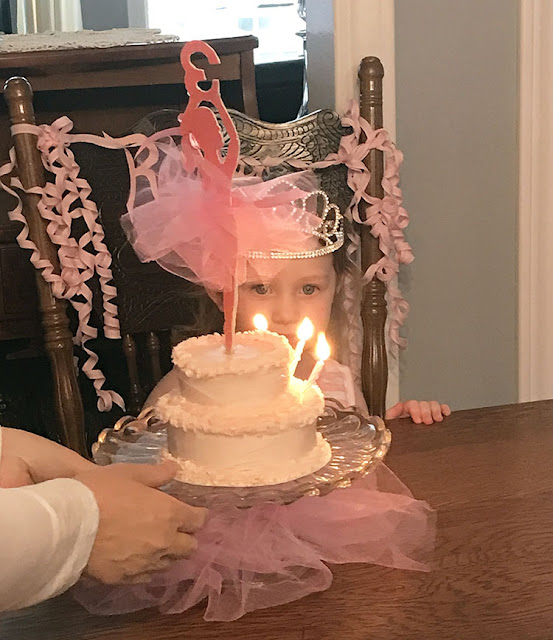 Her birthday was a combination of ballerina and dinosaur. I love that she has such varied interests, even at three!

On Monday, I made a point of going out on the property for a little bit of fresh air. 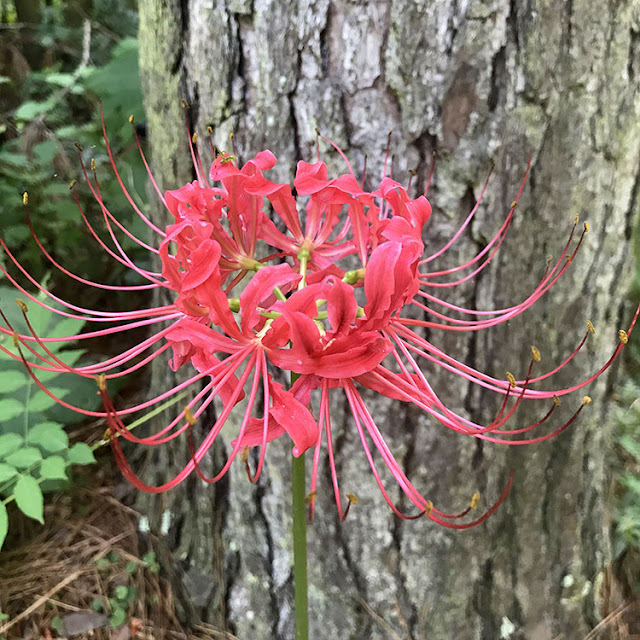 First I checked out the "big red flowers" Pat had spied at the back of the yard. I had a feeling they were likely spider lilies, though we've never (to my recollection) had them out in that area before.  I was correct and was delighted to find two out there in full bloom.

While outside, I meandered over to a couple of fruiting trees on the side of the property. We've been waiting for the fruit to ripen to figure out exactly what they were. 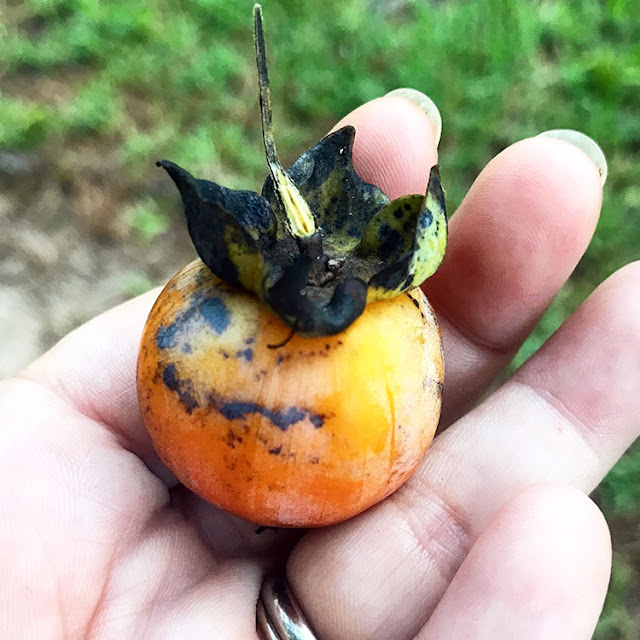 We've long suspected that they were persimmons, though neither of us has ever seen a persimmon firsthand. All the ones I found online were much larger than the ones we have on the trees. But, after a little social media query and a few google searches, we determined that they're Wild Persimmons specifically. Cool.

I spent a bit of time that afternoon working on making Pumpkin Spice Earrings. 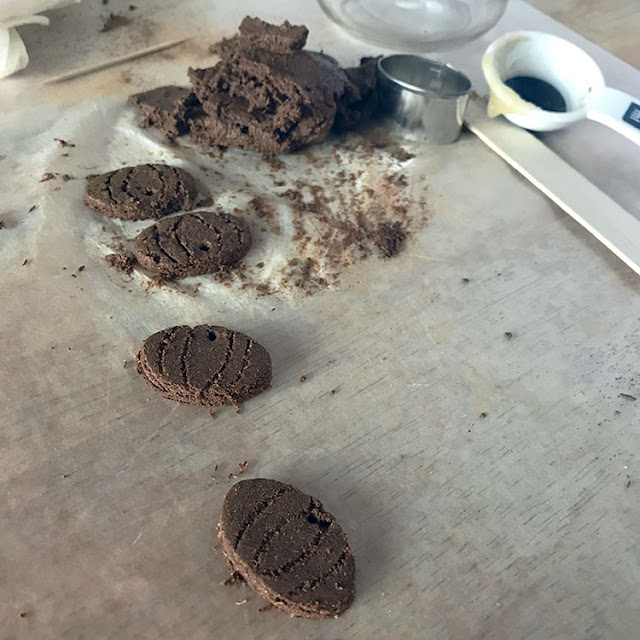 I was pleased with myself with this idea because I've known about cinnamon dough for years and was happy to learn that you could work with pumpkin pie spice in a similar manner with such yummy-smelling results!

Tuesday was all about running errands around town. 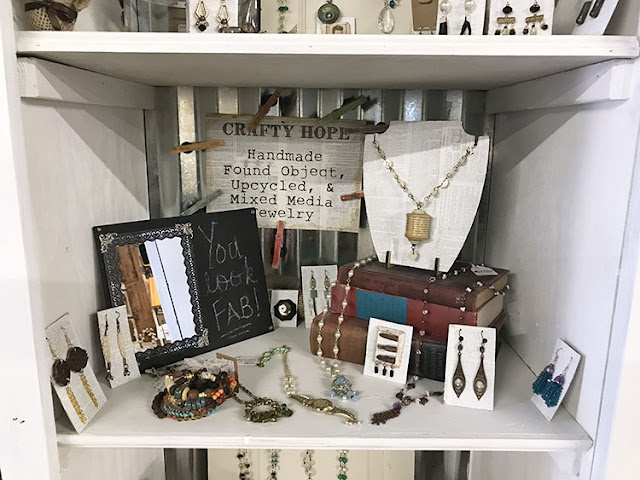 Since it was Ladies' Night at Southern Antiques and Accents, I made sure to stop in and spruce up the booth.

On Wednesday, I took my grandmother to a doctor's appointment and then we partied! 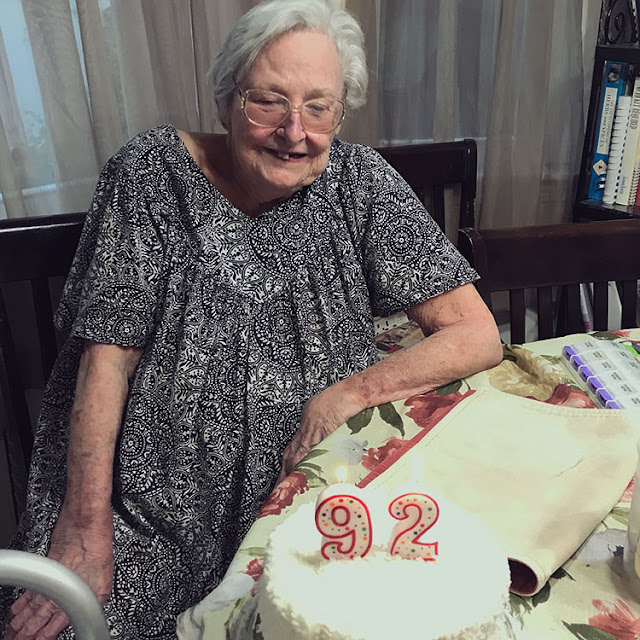 Well, we celebrated her 92nd birthday with cake and presents.

On Thursday, I spent some time with a good friend as I took her to a doctor's appointment just over the state line. We had a bit of a scare, I won't go into it, but all is well.

After getting some work done on Friday, I started helping Pat with the deck replacement by cleaning out some of the debris that was under the old deck. 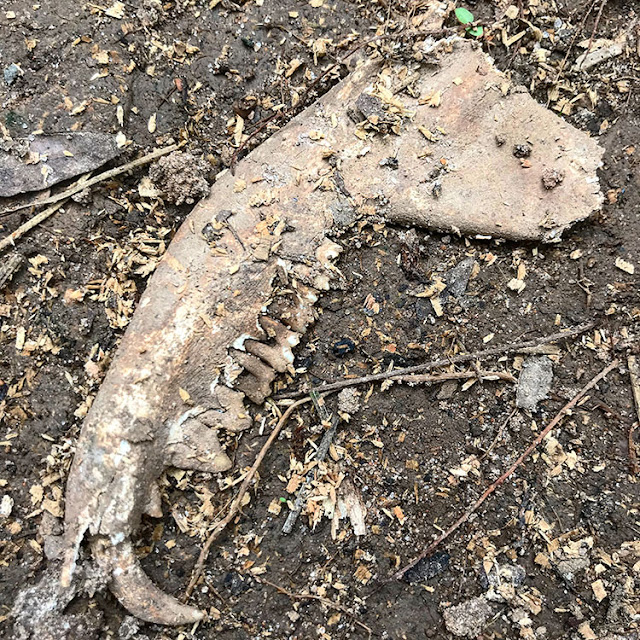 I found a couple of general bones that I figured were probably chicken bones that had just been thrown out there after a meal. However, when I happened upon the above, I had second thoughts. We're pretty sure it's a possum jawbone. Trust me, it's much smaller than it looks in the picture.

Now that it's Fall, our Saturdays are College Football Saturdays. 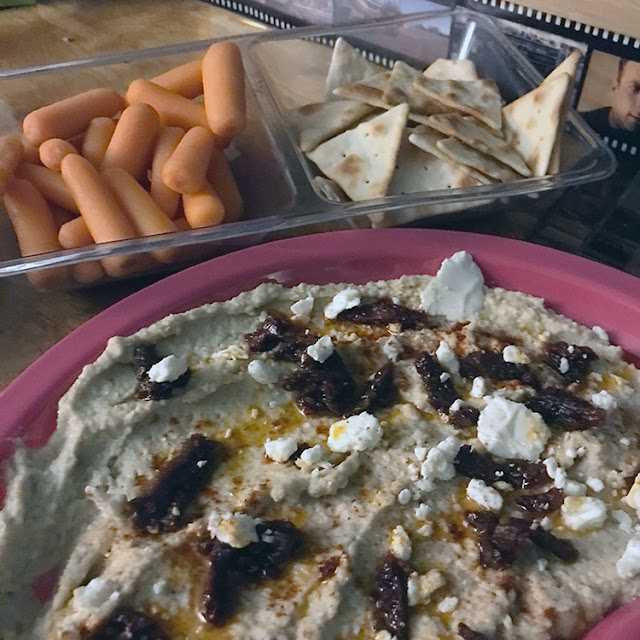 Since we were watching the 2:30 Bama game at our friends' house. I made sure to make a delicious batch of homemade hummus. Between the four of us, it was just about gone by the time the game was won! I guess that's a win all around.

How about a peek at some of the inspiring links I found and shared over the week?


So, that's been my week. How was yours? Any big plans for this one?