This week seemed to totally fly by, but I got tons accomplished for the most part, and that's a really great thing. Unfortunately, prolific picture-taking wasn't one of the things I accomplished. In any case, here's a little peek at what went down in my corner of the world. 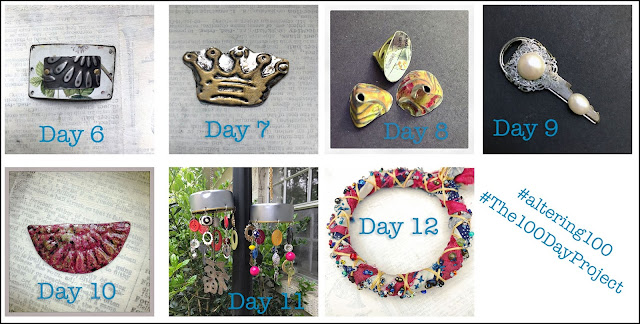 First off, I continued working on #The100DayProject with my goal of altering something every day for the 100 days. My personal hashtag on Instagram is #altering100 where you can see not only the end results (above) but also pictures of the before and some of the processes. Some of these were pretty quick projects while others took over my whole day (Days 11 & 12 were huge time sucks, but so much fun).

As for what else I did during the week; 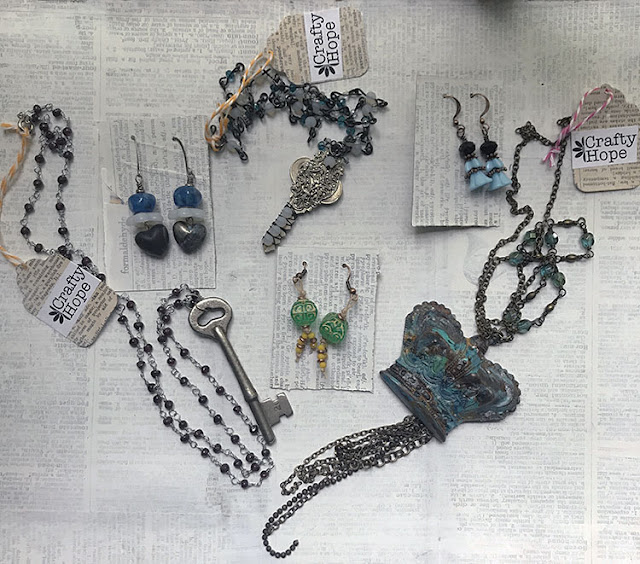 On Monday, I took several items up to the booth at Southern Antiques and Accents before tackling other errands like grocery shopping. 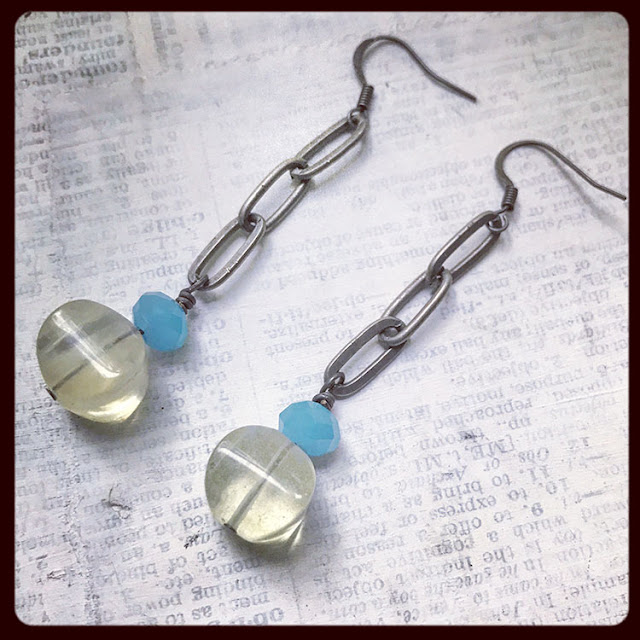 I also listed these Pineapple-Quartz and Chain Earrings in the Etsy shop.

Tuesday was a full day, but I can't remember what it was full of. 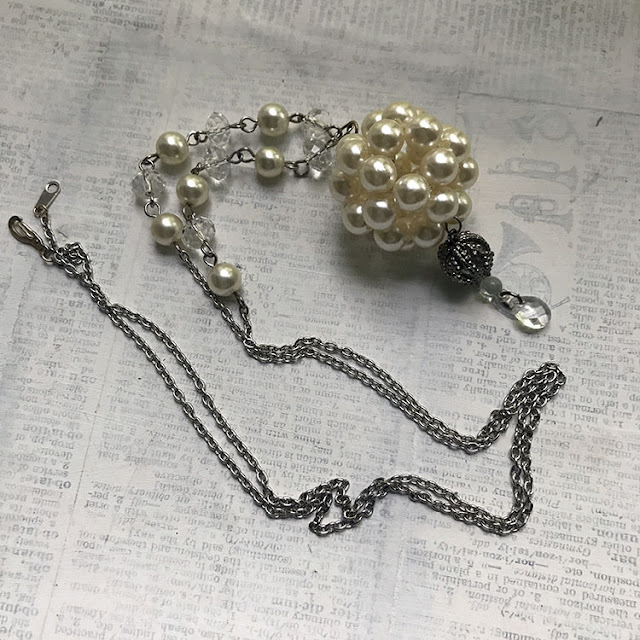 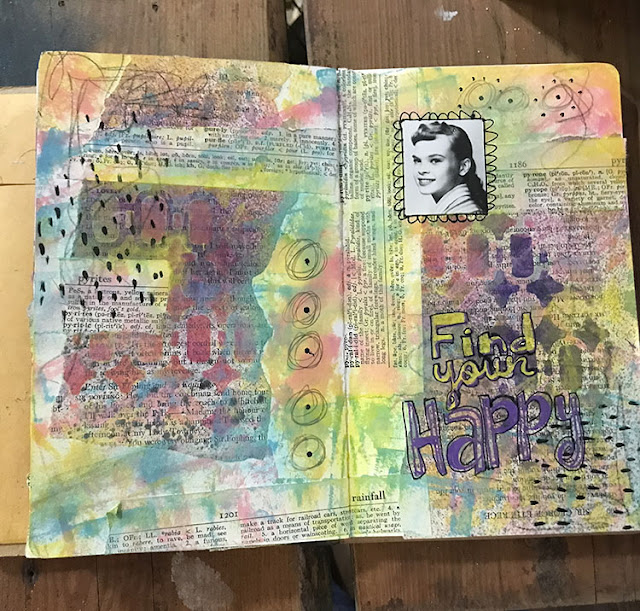 And, there were a few minutes for Art Journaling while my broccoli roasted. But, that's about all I can recall. I think I worked on quite a bit of jewelry but somehow forgot to take pictures of any of it. 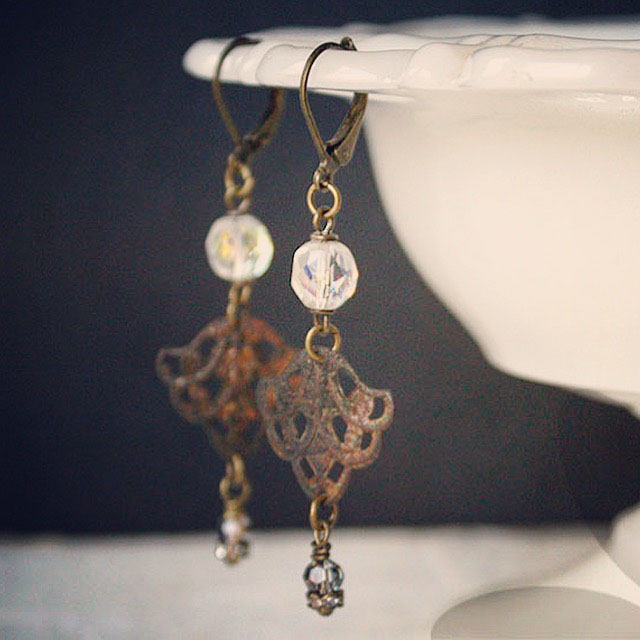 Before leaving for my mom's house on Wednesday morning, I made listed the beautiful Rusty Filigree and Rosary Bead Earrings. 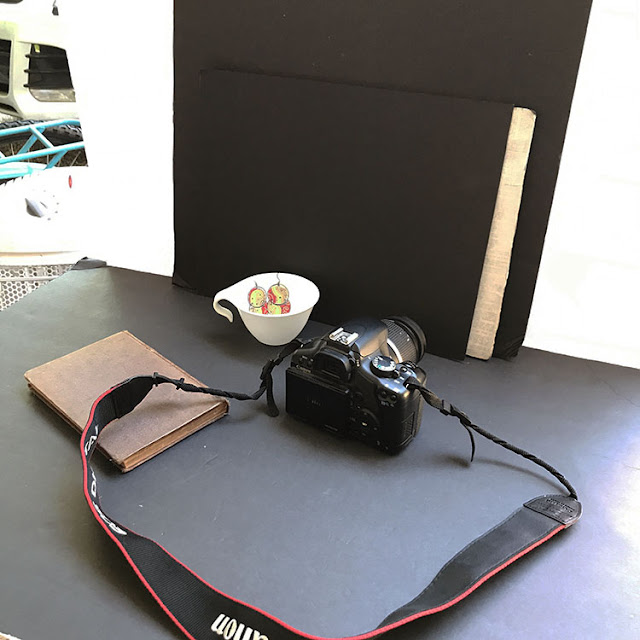 And, I got product photographs taken while at my mom's. It was a really beautiful day, perfect for picture-taking. 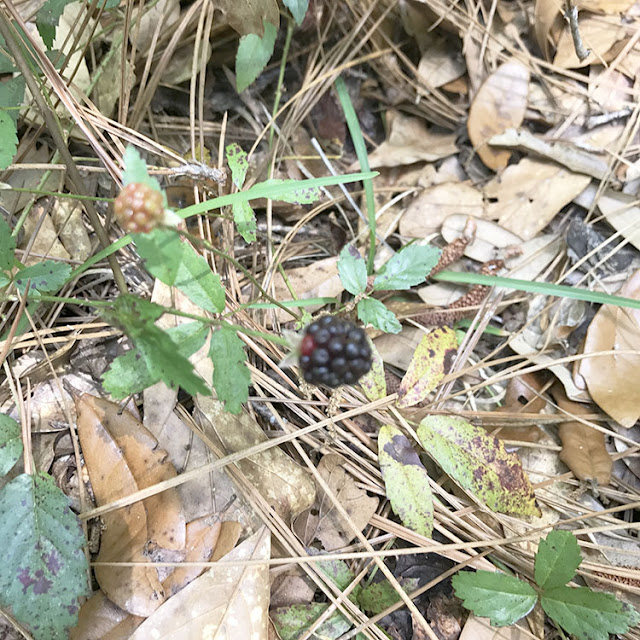 Thursday was another lovely day. It began with my discovery of the first ripe blackberry of the season. What a happy surprise! Of course, I've been out every day since picking berries as they ripen. 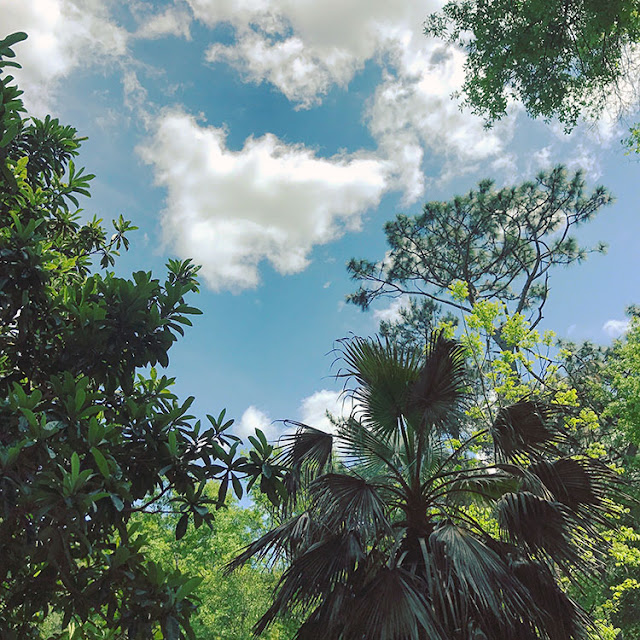 Later in the day, I found myself just sitting outside and soaking in the gorgeous weather. It was really sublime. 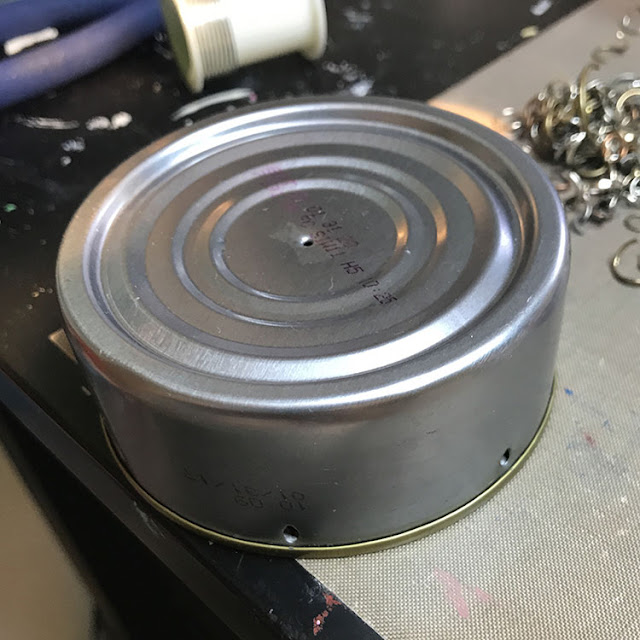 The majority of Friday was spent on working on that day's contribution for #The100DayProject. After posting about fun projects for Earth Day, I was inspired to try the upcycled wind chimes. I used a tuna can as the base and even made a tutorial (be sure to keep an eye out for that in the next several days!) 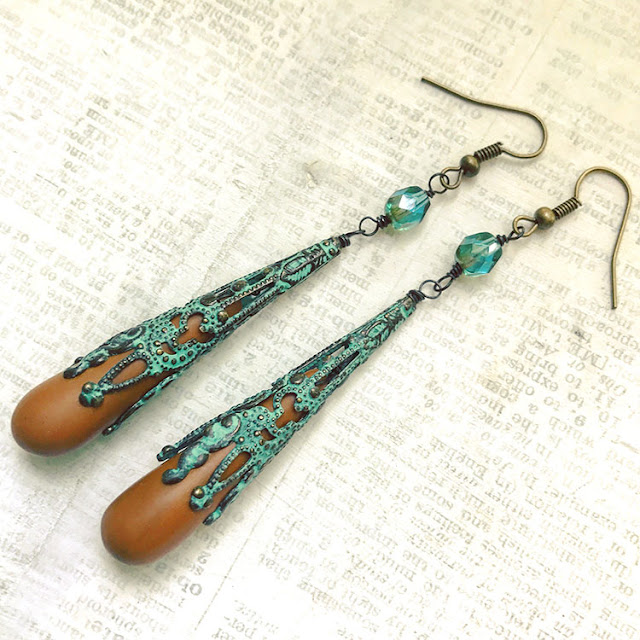 These Teardrop Clay and Filigree Earrings went up on Etsy.

We took it easy Friday evening, even the animals were way chill. 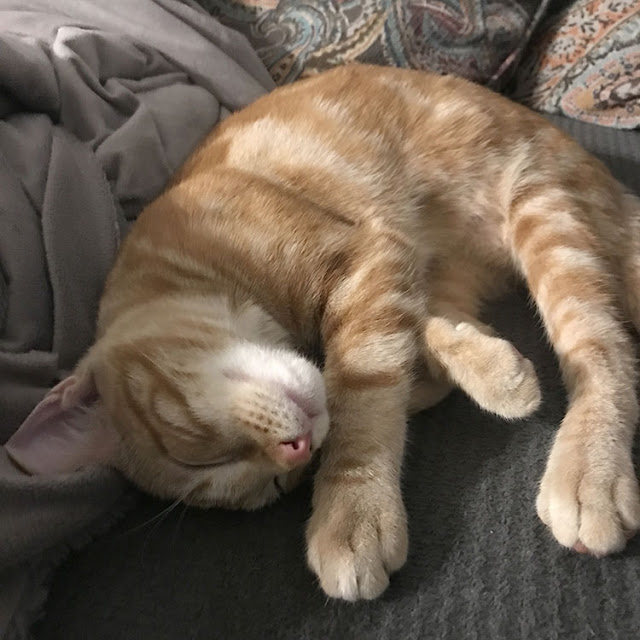 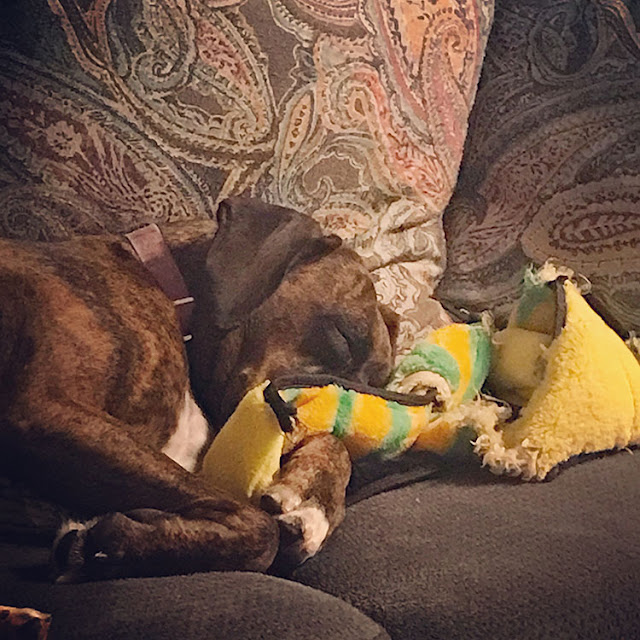 Of course, they weren't in there at the same time, but that would have been nice (One day maybe!) 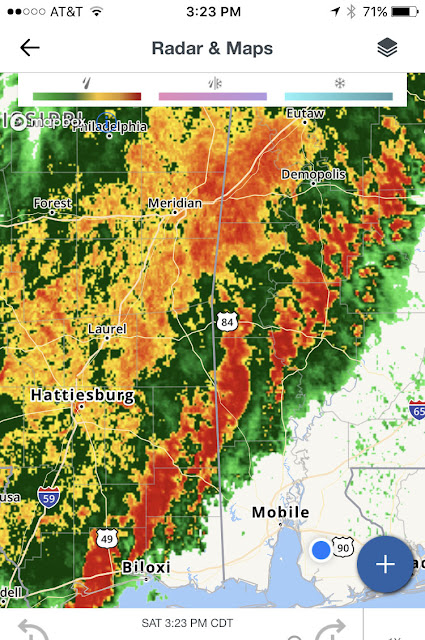 Saturday was consumed with watching this storm. We had planned to go to the wedding of some friends, but I'm a wuss when it comes to bad storms and being in the car. So, we stayed home. And, I obsessed instead on my #Altering100 project. But, I did get to see another new episode of Trading Spaces. Y'all, that was my favorite show back when it was new. It's fun to watch some new episodes of it. Are you a fan?

That about sums up the week: not too much excitement, but full.
What did you do this past week?