I better get this post up before I let this week slip away from me! Let's get to it and have a peek at my week. 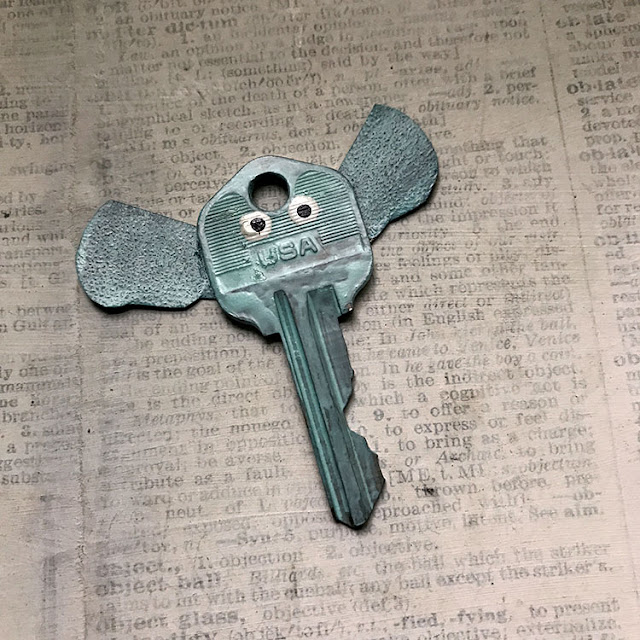 Here are all the pieces I made for the project last week. 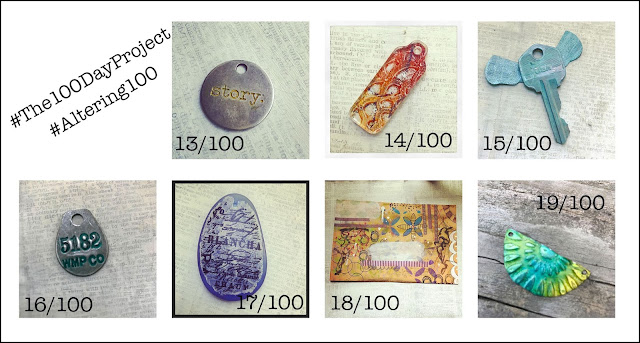 They're mostly jewelry bits with a decorated envelope thrown in. 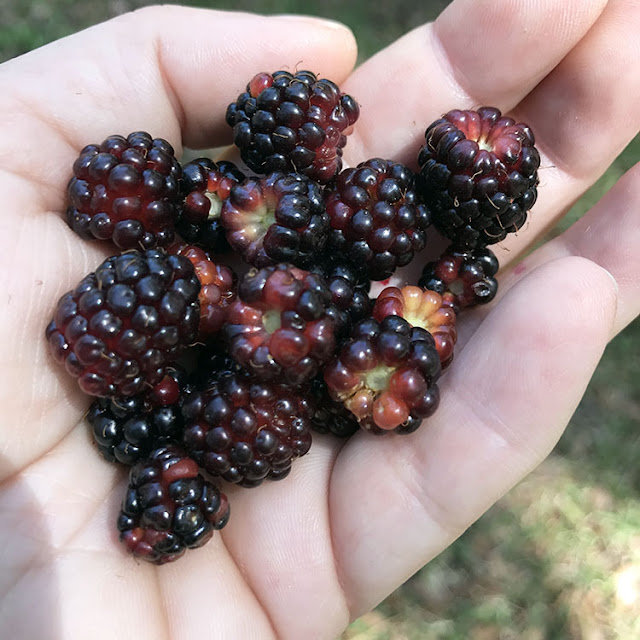 On Sunday, my wild blackberry (Dewberry) picking began in earnest. 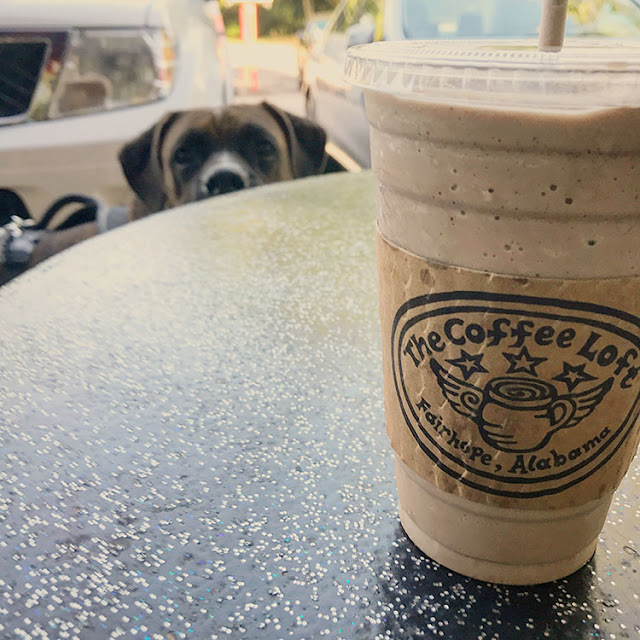 After some yard work, Pat and I took the puppy out for a walk along Mobile Bay - stopping for coffee on the way home. 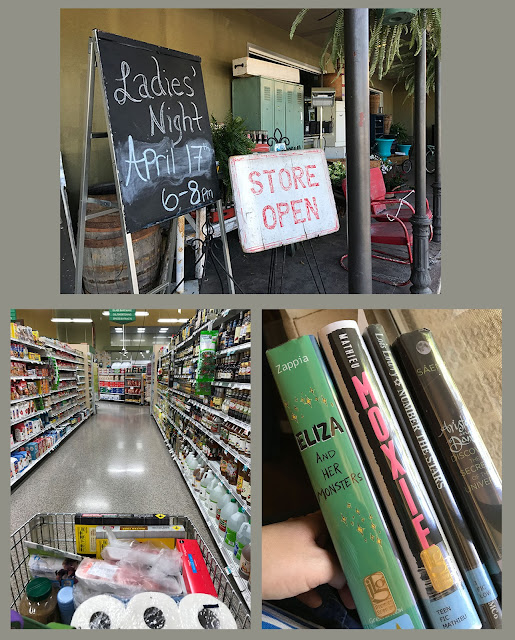 I had to re-organize the booth at Southern Antiques and Accents before Ladies' Night, do the grocery shopping for the week, and stock up on some books at the library.

Tuesday was a mixed bag of activities. 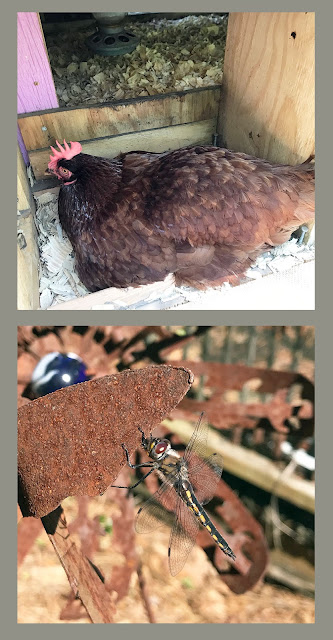 I started the day with some outside activities, including trying to collect eggs (that was waylayed by a laying hen) and spotting a still dragonfly while out collecting berries. 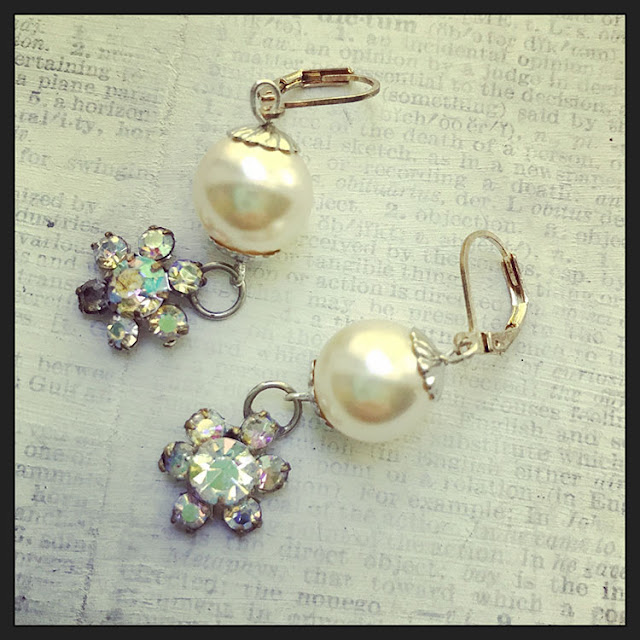 I listed a pair of earrings in the Etsy shop (which are now in the hands of their new owner.) 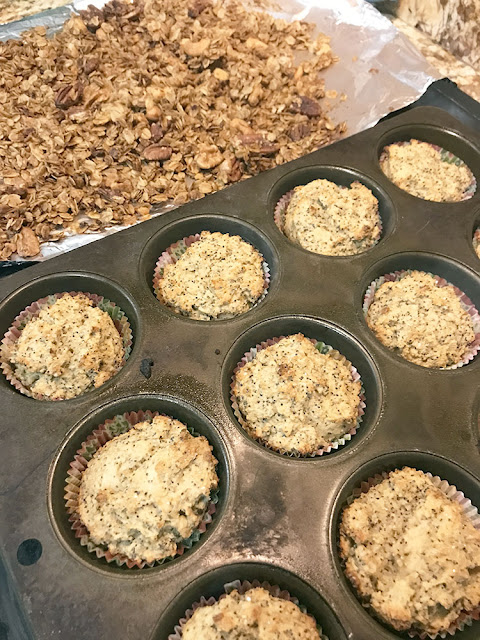 Deciding that Tuesdays will now be my "baking day", I made a half batch of my Easy Granola along with Double Lemon Poppyseed Muffins to cover several breakfasts for the week. 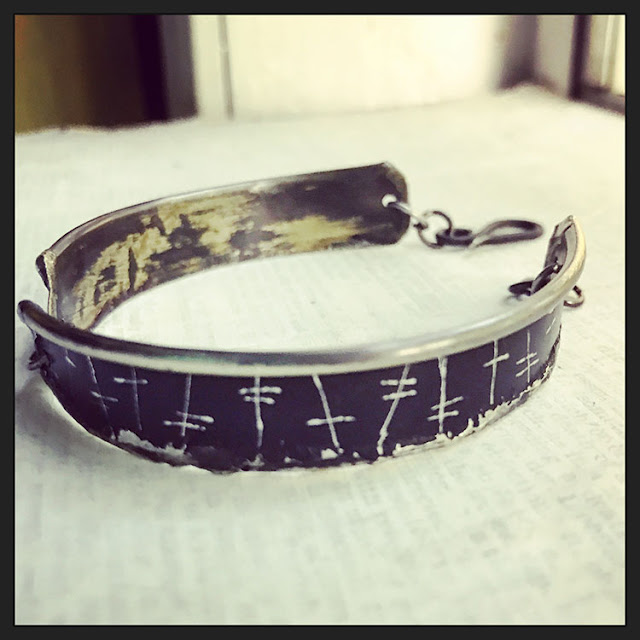 On Wednesday, I was at my mom's but was able to list this awesome Tin Edge bracelet (it also sold). Y'all should totally hit up the Etsy shop!

Thursday was all about making earrings for We're all Ears. 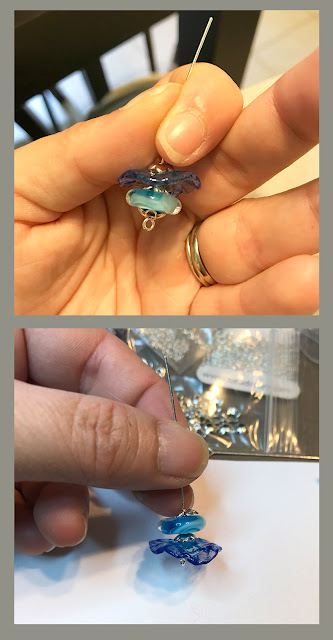 You can see that my first pair went through several versions (I kept trying to make them jellyfish) before settling on the more simple version I revealed. 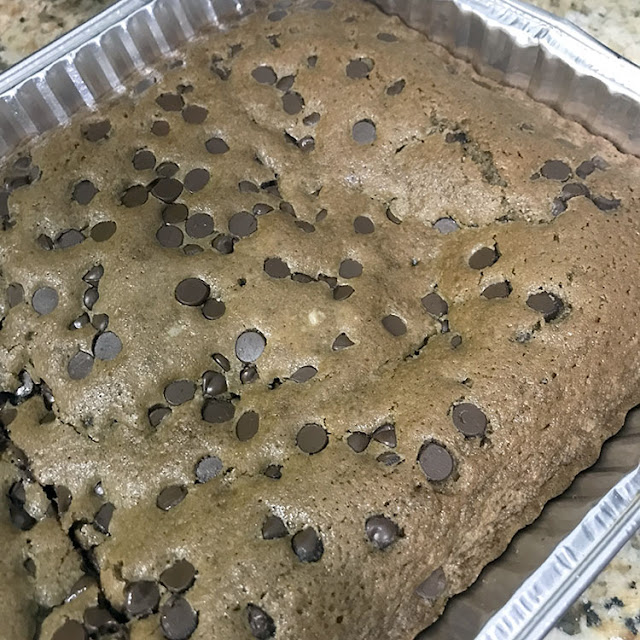 I also decided to bake just one more thing - this Mocha cake. 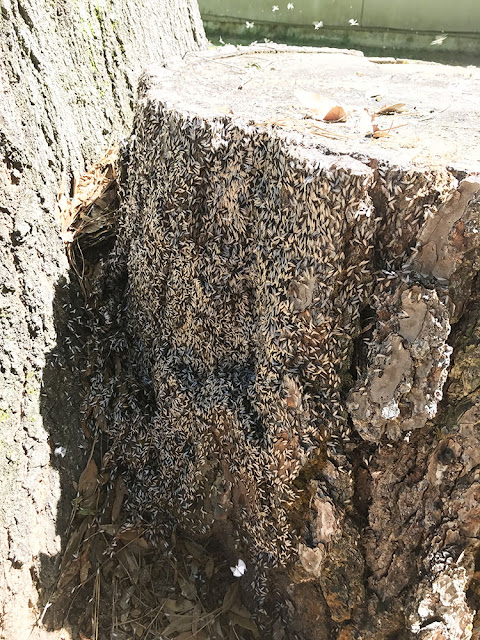 I spent Friday cleaning house and working on projects in the craft room. That's where I was when I spotted a weird bug formation outside the window. On closer inspection, I found termites all over a stump. It was so freaky-cool. They were gone by the next day. (no worries.) 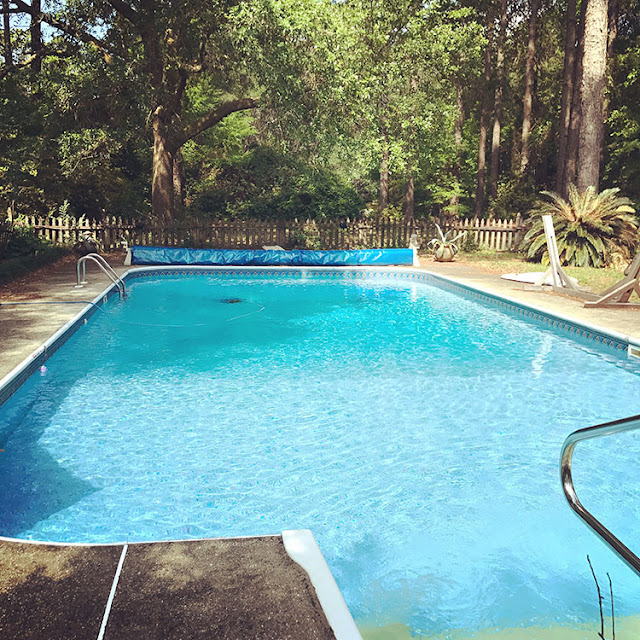 The pool's been looking better and better. Despite it still being quite cool, we worked all Saturday morning on getting the area around it in better shape. 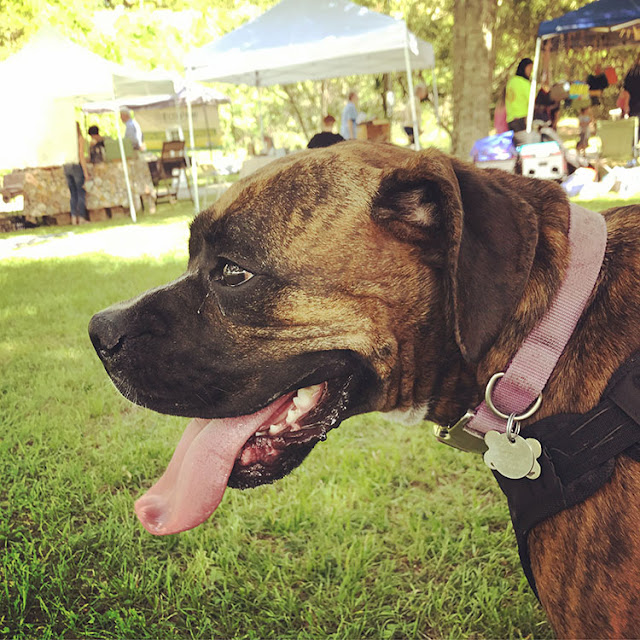 After lunch, we took Zoe down to the Earth Day Mobile Bay festivities next to the Bay. It was an absolutely beautiful day. 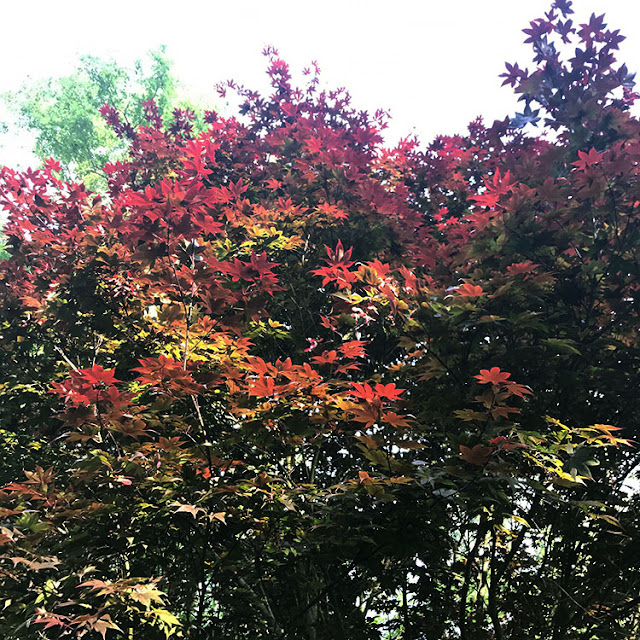 Since the pool area was in good shape, and it was a gorgeous day; we invited friends over to grill out. I didn't get a picture of all that but did capture the beauty of the Japanese Maple tree off our back deck. Check out the spectrum of colors!!

So, that was my week in a nutshell. This one is already nuts and it's starting to get away from me. What filled your week?