Some ideas work out just the way you envision them, and other ideas...well...they're great learning experiences. While this particular idea worked out fiiiiine, it was probably more of a learning experience. Each month, Sarajo of SJ Designs Jewelry has her husband give her a photo for jewelry-design inspiration. She offers up the photo inspiration on her blog and calls it the Honey Do List. This month, Eric's photo was mesmerizing. 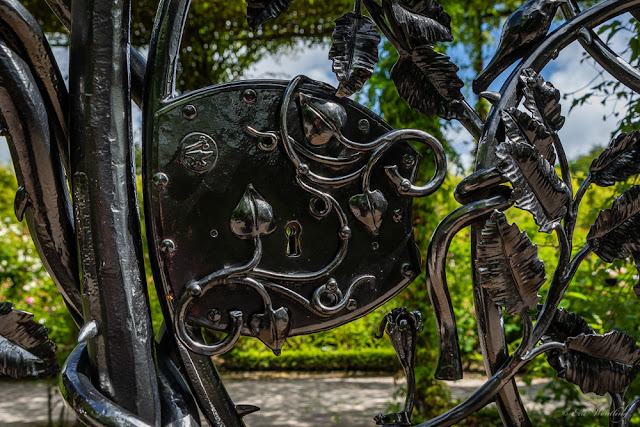 I have a thing for keys and locks so I knew this one was right up my alley. I searched my stash for keyholes that I liked, but none of them were suitable. Instead, I decided to create something on my own. I was also intrigued by the vines entwined around the lock and thought I might be able to create something with the soldering iron. 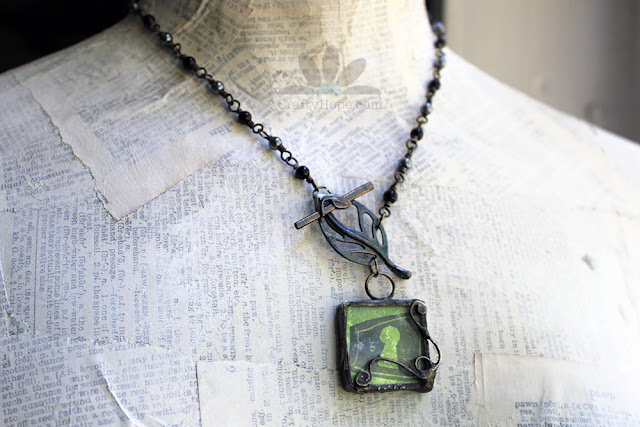 To replicate the keyhole, I created a stamp with an eraser. I even tried to give it the wonky shape of the whole lock plate but forgot to reverse the image. (FIRST MISTAKE!) Since I just love the bright green in the photo, I sprayed some inks on cardstock that I stamped my keyhole on. I wanted to be able to see the green through the keyhole. At least that worked!

From there, I stamped a few leaf stamps onto another piece of the sprayed cardstock to create the back of the pendant. 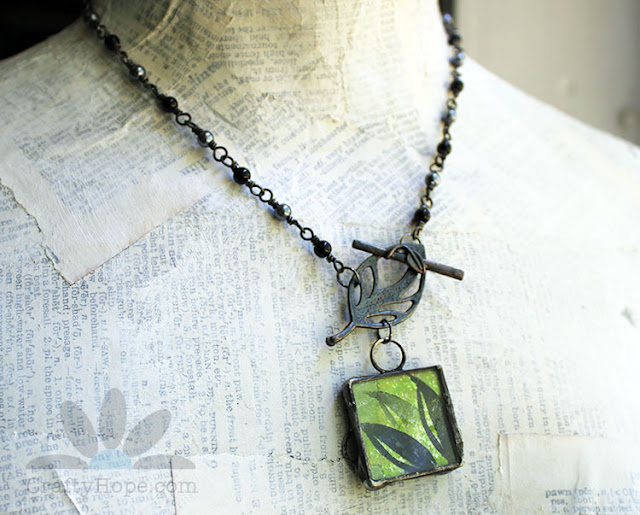 I have to admit that I almost like this side better. Sigh.

Then, I went about sandwiching the paper between glass and soldering it together. No problem! To give the lock some vines, I used copper wire that I stuck on and covered with solder. 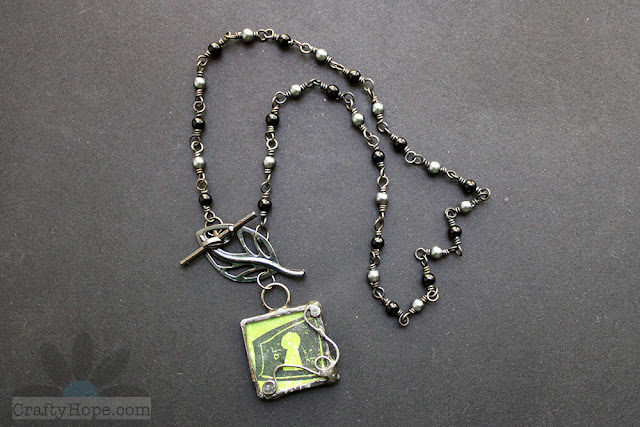 Yeah, it just didn't flow and loop the way I wanted. (SECOND MISTAKE!) But, I learned that I should plan out a design like this a little better and will try this technique again another time.

The soldered areas were darkened with Novacan Black to achieve a similar dark as the lock in the photo. But, the pendant didn't seem to pack as much punch as I wanted and didn't incorporate the leaves (on the front) in any way. Then, I remembered the leaf toggle clasps in my stash. However, I only have them in copper and brass. In this time of self-isolation, I didn't want to try to find a place that not only was open but would also have a clasp that would work. So, I broke out my new Vintaj Patina in Hematite. 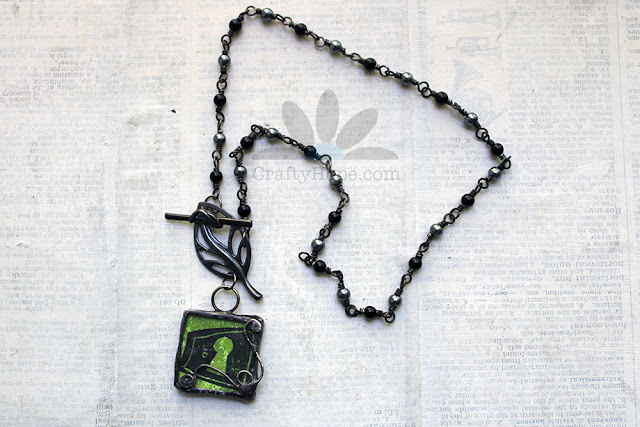 While the hematite patina was the perfect shade, I wasn't able to get it to cover the toggle clasp as well as I would have liked. (THIRD MISTAKE!) The bits of copper that are peeking out echo the tiny bits of copper I can see on the soldered pendant. So, it kinda works...

I made a simple chain of wrapped looped glass pearls in black and dark gray. I think these shades match the soldered pendant best, allowing the green to really pop. Black annealed steel wire was used to continue the dark feel. 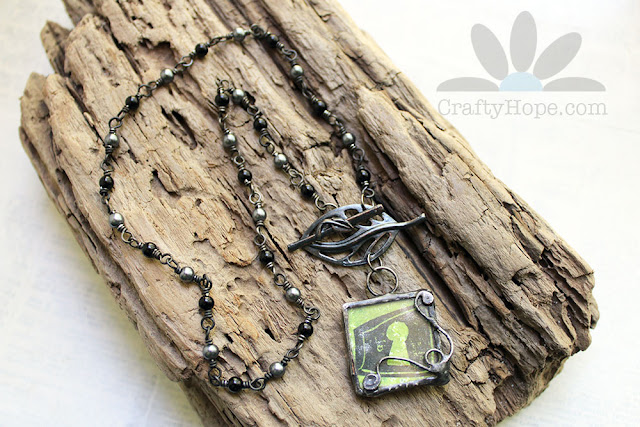 So...mistakes were made, lessons have been learned, and a necklace was made. I guess that's winning.

Make sure to head over to Sarajo's blog for her reveal and check out the other designers who participated as well!
Labels: challenge reveal soldering
CraftyHope
I’m a jewelry-artist, treasure hunter, & nature-lover that finds joy in the smallest things. I hope to spread that joy and inspiration.