Yet another week has flown by! It was my last week doing Camp Creativity at Michaels (my job) which means I'll hopefully have more time during the coming weeks to balance everything else.  Take a peek.

Sunday began with an awesome discovery. Pat noticed this bloom of bananas on one of our many banana trees. It's the first time since we've lived here that we've seen fruit on these trees. I've never heard of anyone having bananas in this area that were edible, but we'll see. 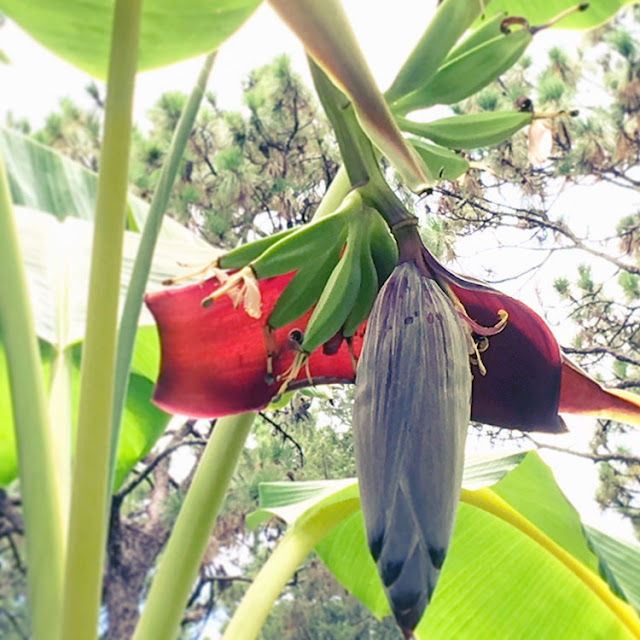 Not long after that discovery, my sister-in-law noticed this irregularity. 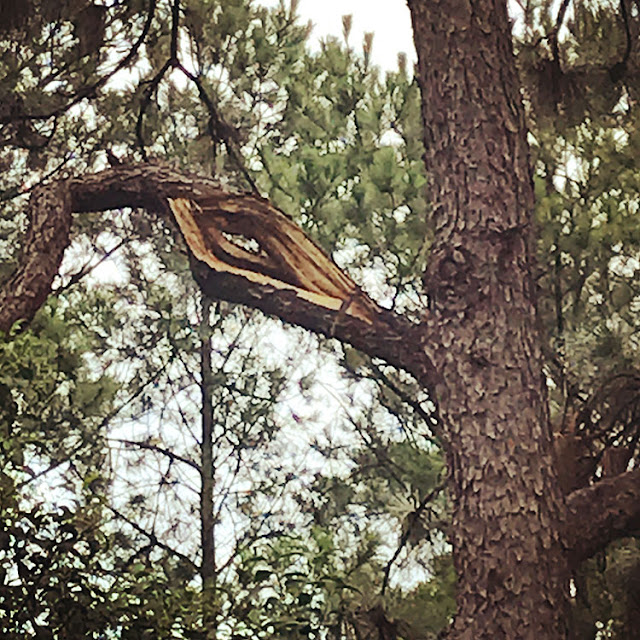 Yeah, somehow that pine tree branch twisted just right. It's creepy-cool that you can see through the twist. I just hope that it heals up and doesn't drop down on one of the vehicles.

The weather has been weird too. While the rest of the country was experiencing a heatwave, we had very mild temperatures. It was almost too cold to get in the pool...almost. 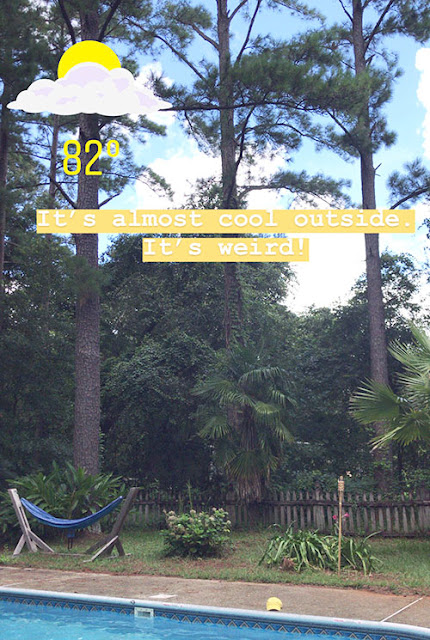 I did take some time to create in my new Soul Food Journal. 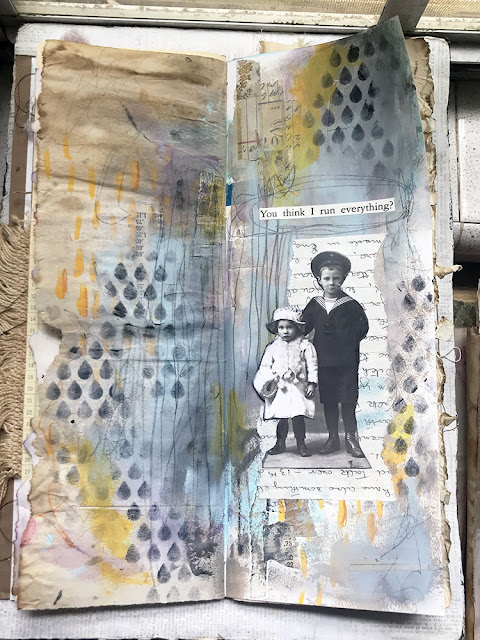 But, that's the only spread I got to this past week.

I failed to share the pile of awesome that came from that rag rug I took apart the week before, so here's a peek at that. 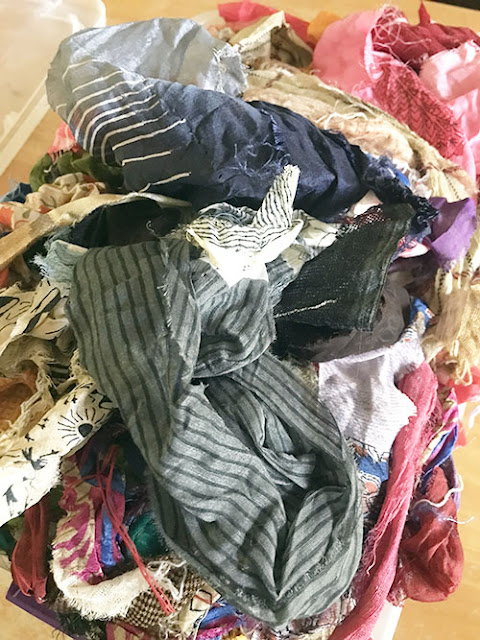 I'll do a full/better reveal when I share my thrifty haul for July in a week or two.

The week was mostly spent just trying to get things done. I actually ventured out on Thursday to upload videos. The niece and I went to a fun and funky local coffee shop that I like.

From there, I drug her to Southern Antiques and Accents so I could update the booth. 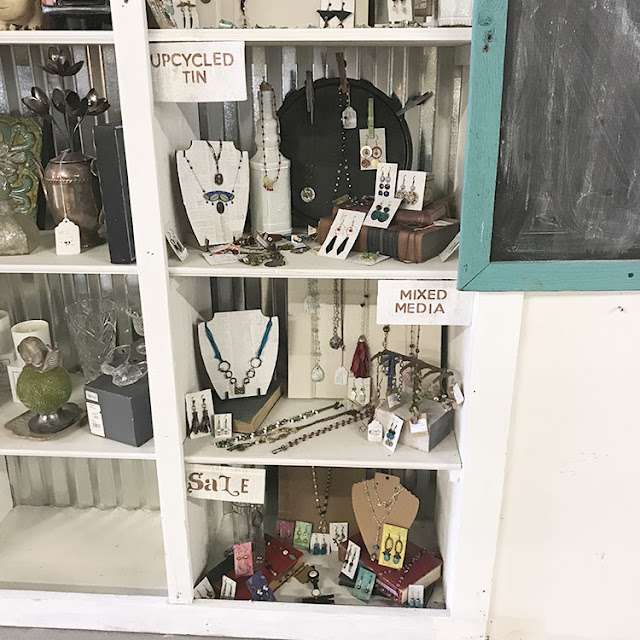 I guess that worked because I had a massive sale of earings yesterday and will probably need to go back up there in the next few days to add more.

We packed as much as we could in yesterday. 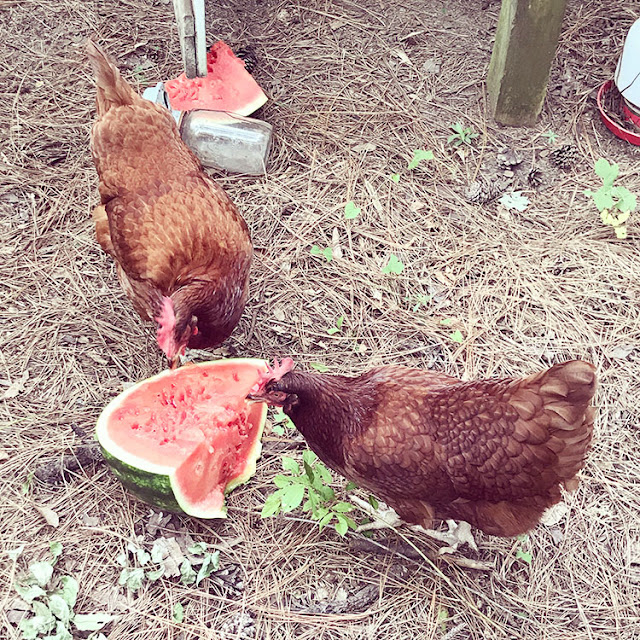 I gave the chickens some of the watermelon that was still leftover from the 4th. Pat thinks it may have fermented and that the chickens got a little drunk. Oops.

Before lunch, I convinced Pat to go to an estate sale in this cool log cabin. 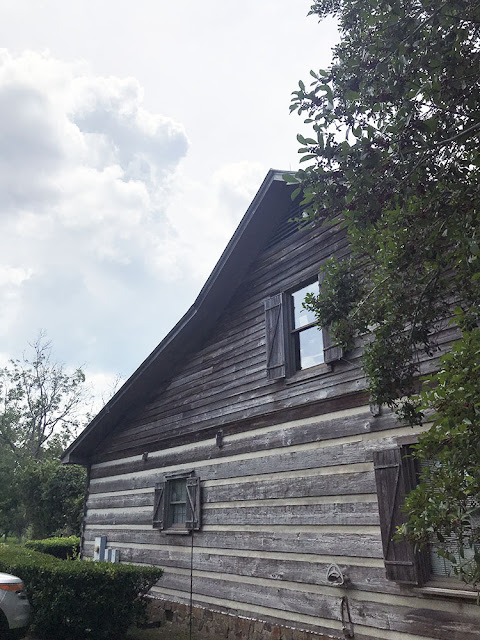 While he didn't find anything, I seriously lucked up on craft supplies. Again, I'll do a full reveal in my thrifty post, but I have to share the oddity that I unearthed in a bin full of craft miscellanea. 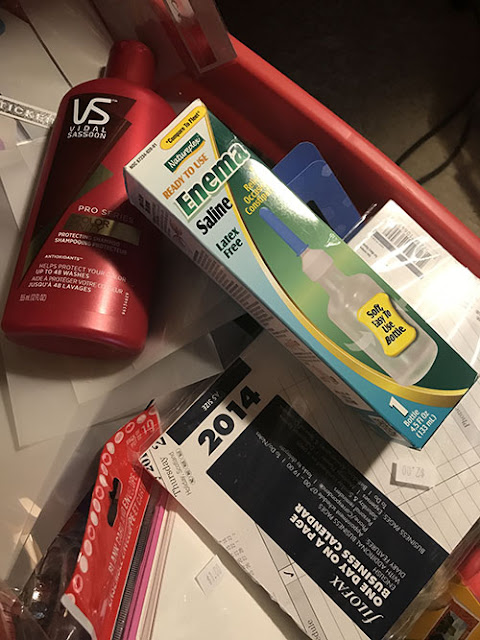 Um, yeah...you should have seen me jump when I realized what it was. HA!

We waited for the heat of the day to burn off a little before venturing out to the pool, but we waited too long. 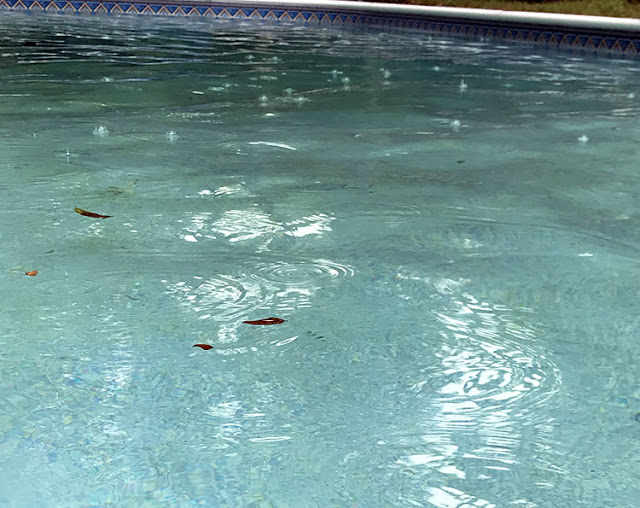 We waded in the pool while it rained, but the temperature kept dropping outside until it just wasn't fun anymore. So, back inside for some TV and dinner. Oh well.

In addition to all that, one of my nieces (not the one that lives with me - her sister) flew out to California for a fun opportunity to attend Supreme Seminar for the International Order of Rainbow for Girls. Alas, we all received texts about how homesick she's been. I hate that for her. But, I'll be picking her up in the morning, and she'll be home in no time.

Take a look at some of the inspiration I found online:
And, that's it for the week that was. I'm hoping the week ahead sees some real movement forward, as well as plenty of fun. How was you week?
Labels: art journal chickens fairhope funny pool SAA SAA display silverlox weather week in review yard sale
CraftyHope
I’m a jewelry-artist, treasure hunter, & nature-lover that finds joy in the smallest things. I hope to spread that joy and inspiration.