I have too much stuff. I'm positive it's part of the American experience in general, but the clutter and chaos and overwhelming nature of it all often block me creatively. I've been aware of this creative block for some time but finally came up with a solution: An Inspiration Jar (and bowl)! 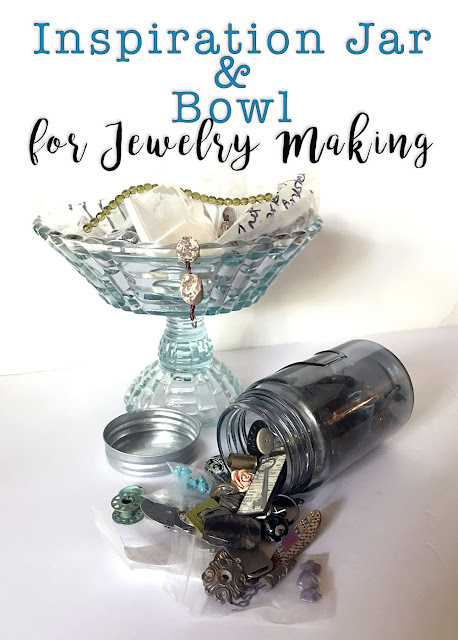 I knew that if I could narrow down the options I have, I could actually focus on being inspired by the plethora of found objects, art beads, thrifted treasures, and all the other amazing materials I've collected. Many of those were buried, forgotten, and put aside. I felt if I had just a small selection of them in a bowl on my desk I would have them on hand, ready for transformation. 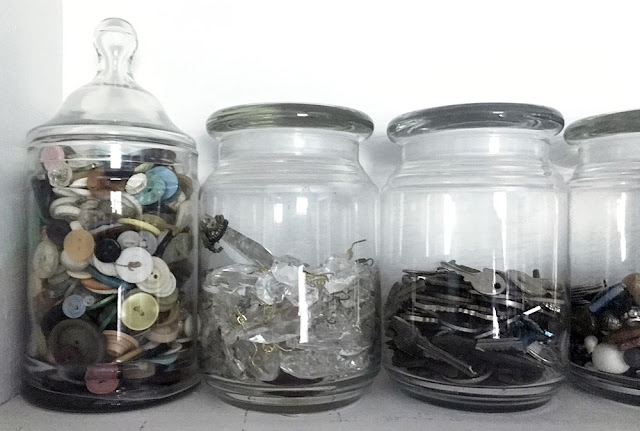 So, I set about sorting through all the jars, drawers, shelves, containers, and hidey holes in the craft room to unearth those treasures. I thought I was being very selective and only pulling out the bits that inspired me RIGHT THEN. But when I was done sorting, I had two bowls spilling over with inspiration. 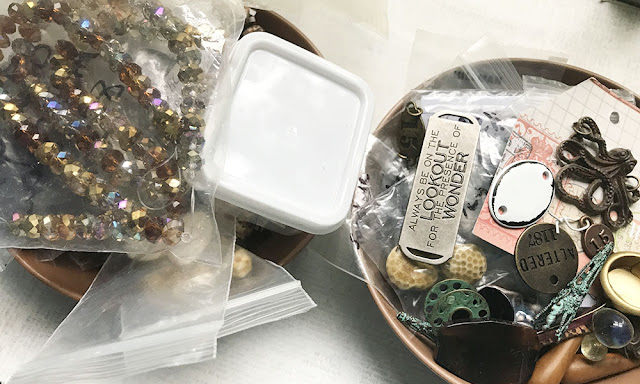 I recognized immediately that these needed to be contained a little better. So, I switched to the idea of a jar. Alas, that was still not large enough for all I had gathered. Instead, I placed most of the beads in a decorative bowl and put the pendants, art beads, charms, and other beauties in a jar.

Wanna see what I selected?

First, there were the chandelier crystals and vintage buttons. 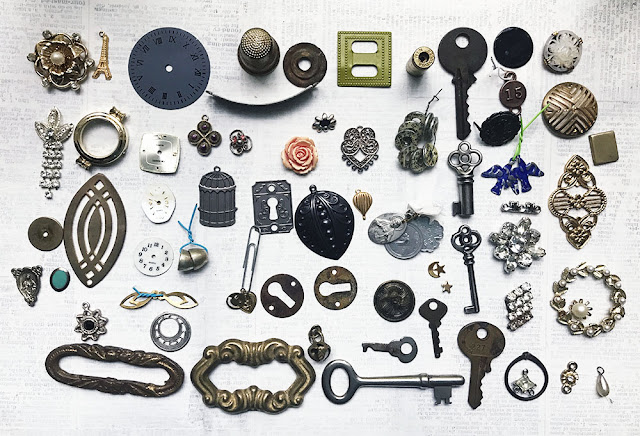 Next up were my drawers of found objects, junk, charms, salvaged materials, and whatnot. So much awesome. 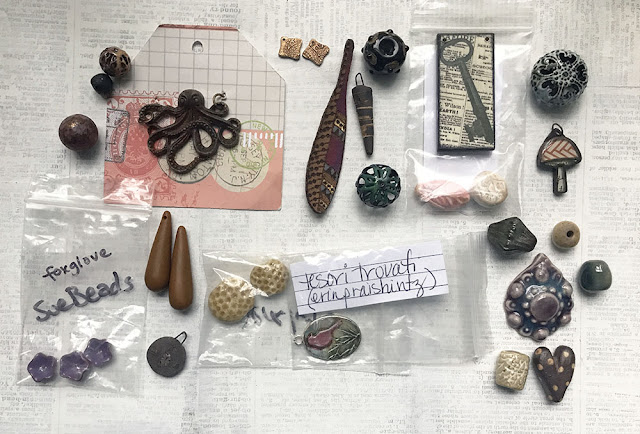 From there, I dug through the art beads: such lusciousness! 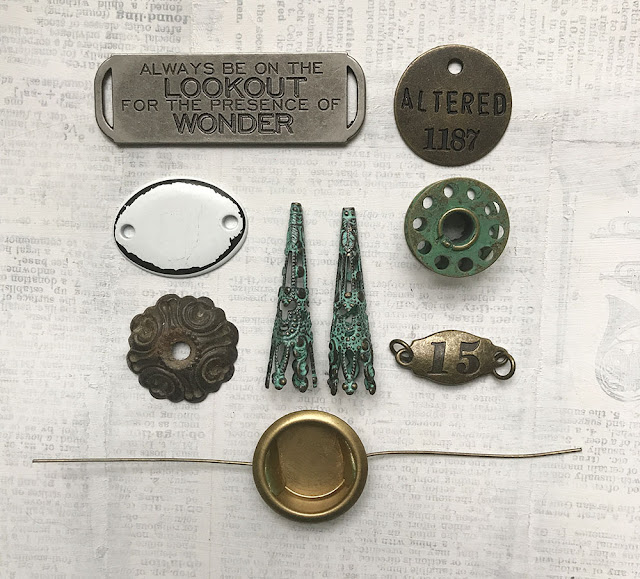 After that, there were a few miscellaneous items stashed around the room. 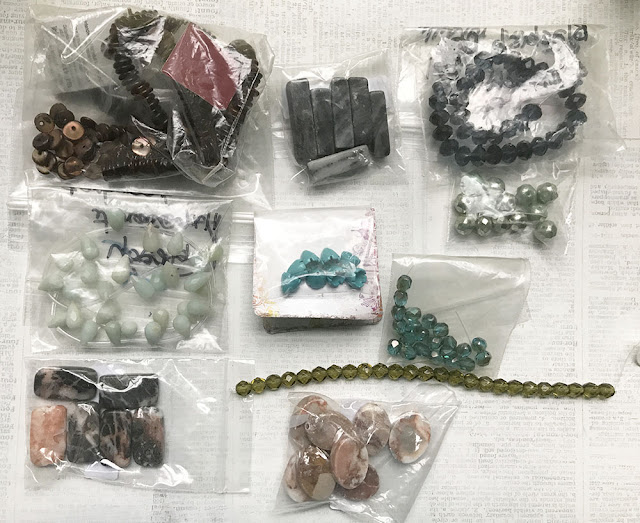 Then, I dug through some beads... 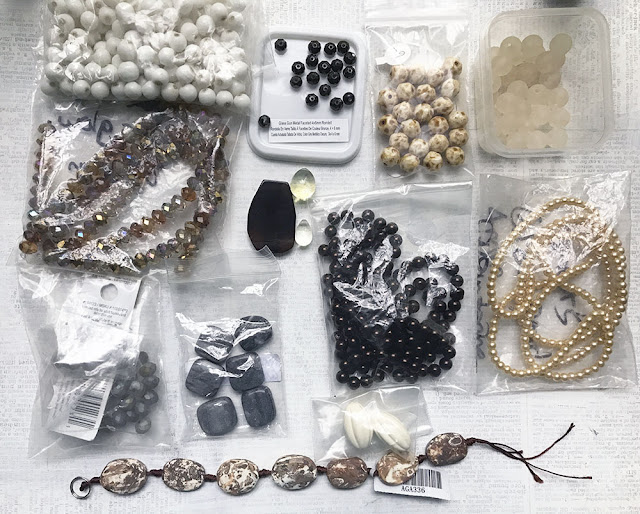 and some more beads!

You see, it got out of control. But, at least some of my stash is narrowed down for me to focus on. In fact, I used much of this when I put together my Bead Box to Go. Sifting through this small collection made it much easier to come up with design ideas. I wasn't as frustrated with having too many options. 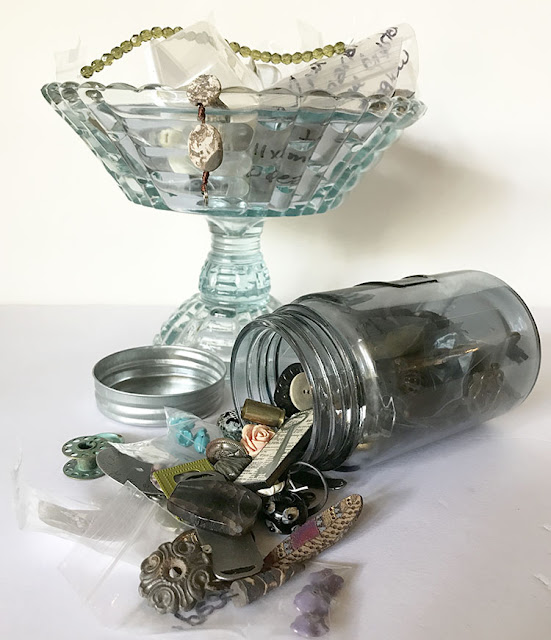 Instead, I have a concentrated amount of materials from which to choose. What a wonderful thing! 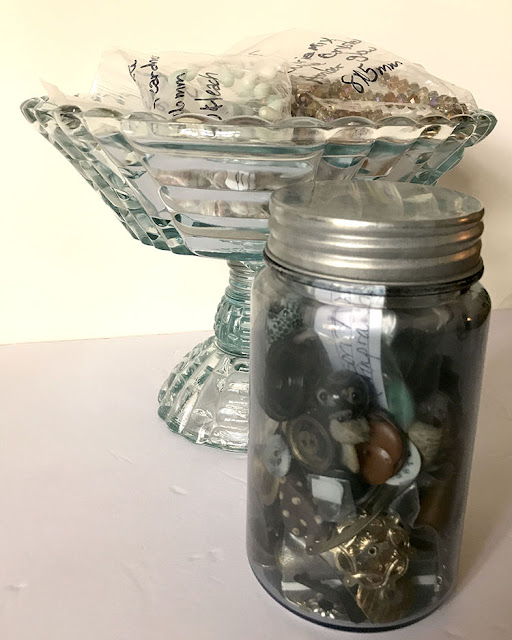 And, it's all contained fairly neatly!

It's definitely a relief to not be overwhelmed with options when I'm ready to make. Sometimes the sheer number of options stops me in my tracks. I'm sure I'm not the only one who has this "problem" of overabundance = creative funk. I hope this idea of narrowing down the materials helps other artists narrow down their focus too.